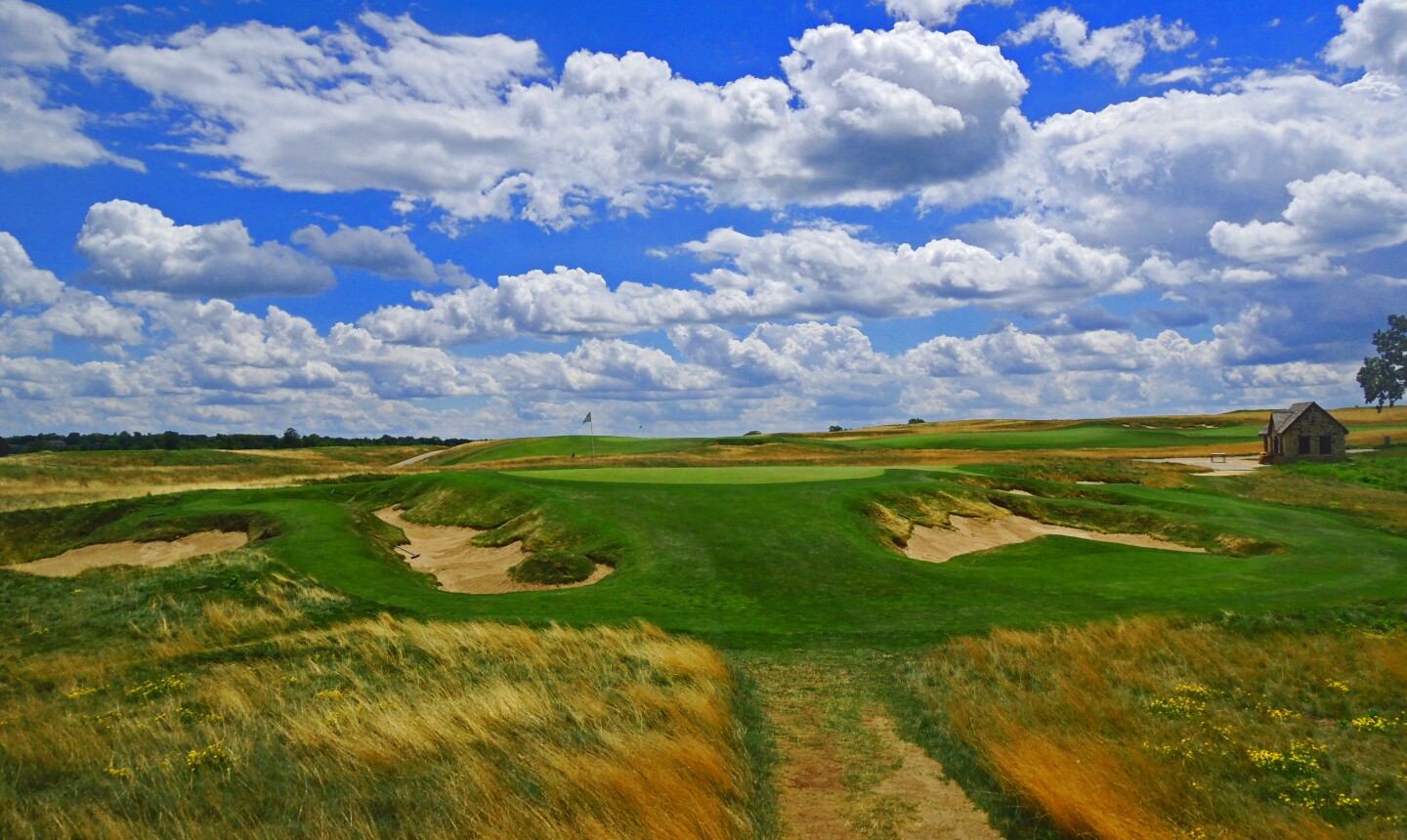 It's only 165 yards from the back tees, but the par-3 ninth at Erin Hills Golf Course is one of the toughest par 3s anywhere. Mike Bailey/GolfAdvisor 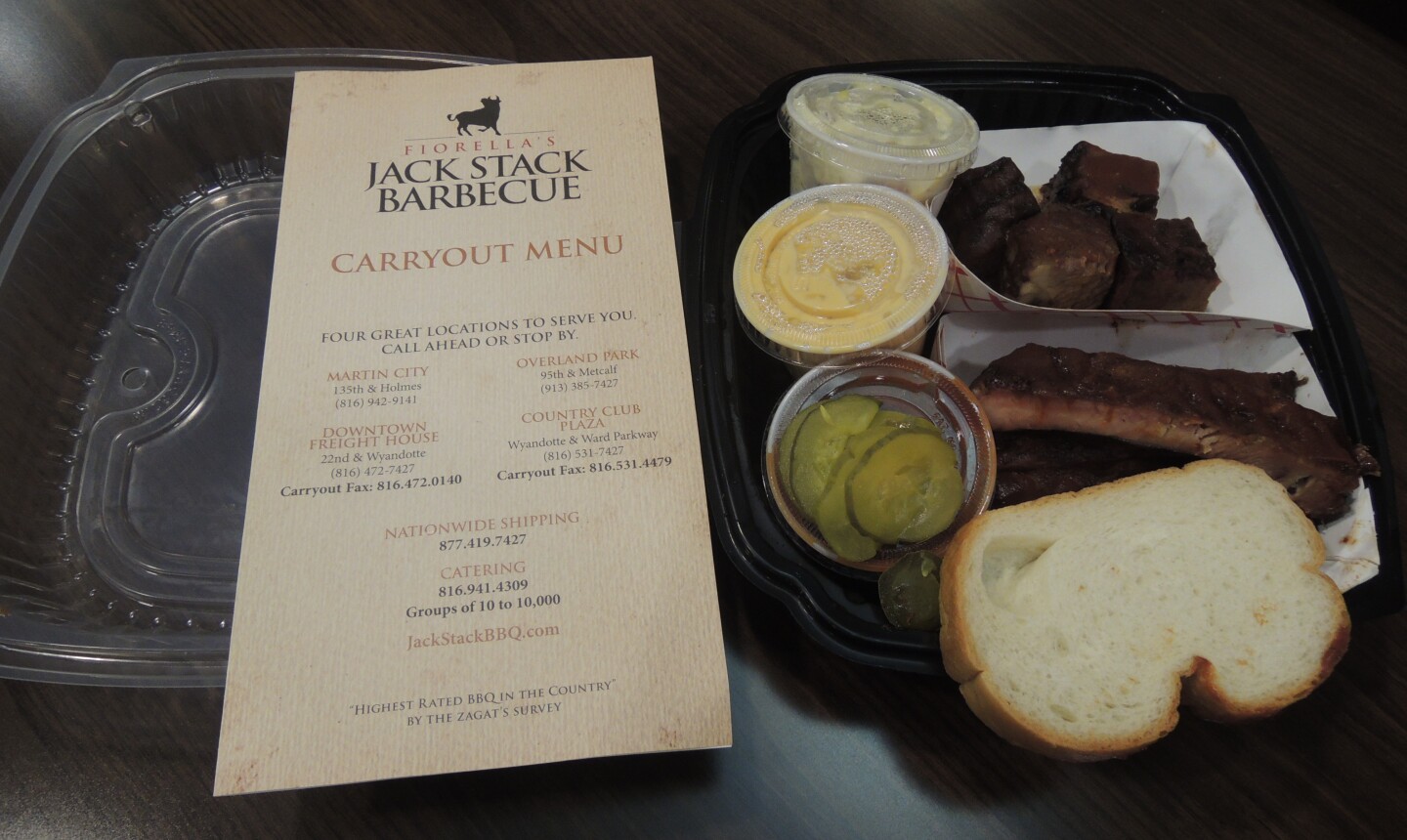 Beef burnt ends, such as these from Jack Stack Barbecue, are a culinary delight in Kansas City. Mike Bailey/GolfAdvisor 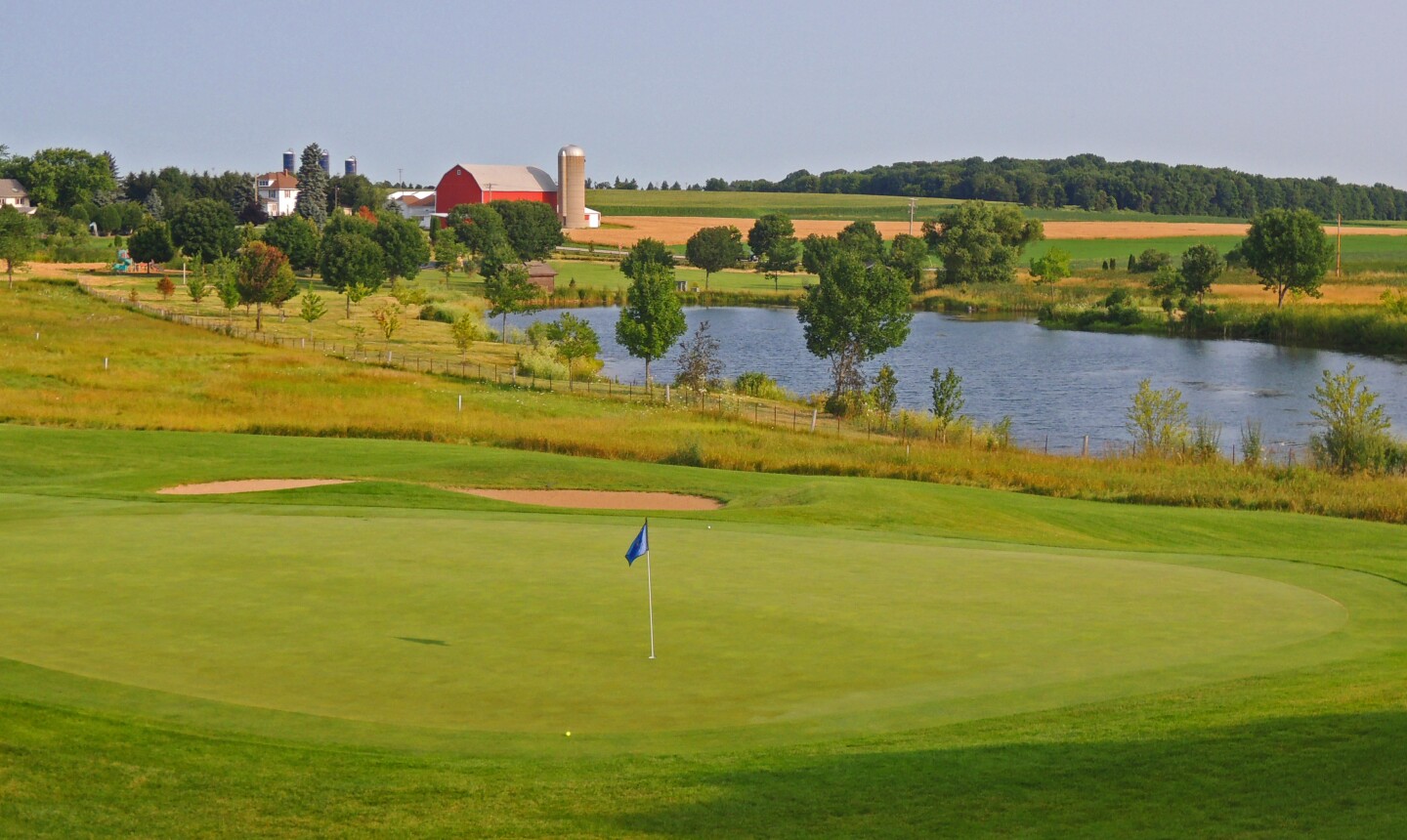 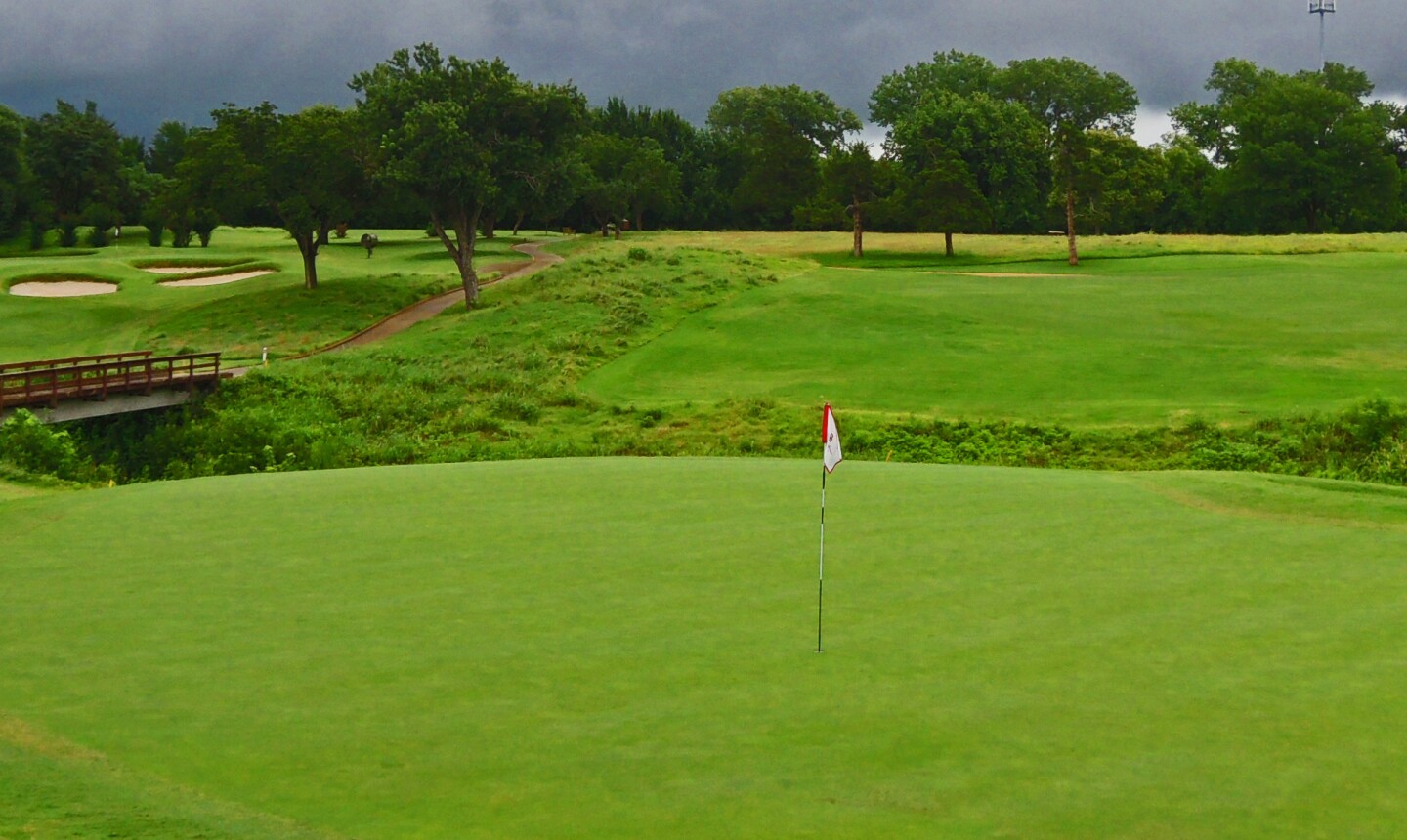 From New Orleans to New York over to Chicago and back to Houston, Mike Bailey spent a month on the road sampling golf, barbecue and American culture. Golf courses include everything from U.S. Open venues to hidden gems, covering all price points and challenges, all the while trying not to increase his handicap or waistline.

OKLAHOMA CITY -- After the thunderstorms that hit on the ninth hole, the wind picked up on America's Dairyland and so did our golf scores. Erin Hills, site of the 2017 U.S. Open, is already a tough golf course, but add another 10 mph or so of wind to an already shaky golf swing that day, and you've got the formula for a scorecard you don't want to total at the end.

At this point, all you can do is enjoy the walk. And the scenery of this incredible Mike Hurdzan/Dana Fray/Ron Whitten modern gem is unlike any other course in America. That's how I started my final week or so of my 30-day golf road trip this summer (my second such trip in two years) -- with my most difficult test, both on the scorecard and the feet. Erin Hills is no easy walk, and that's the only way you can get around the course.

Located about 45 minutes northwest of Milwaukee, Erin Hills Golf Course is an 8,000-yard masterpiece that traverses up and down naturally rolling terrain with dramatic tees and greens perched above the horizon. The views are mesmerizing.

The fairways aren't particularly tight, but you don't want to miss them. Unlike the course I had played two days earlier, the Straits Course at Whistling Straits (which it's often compared to), if you spray, you will almost most definitely pay. At Whistling Straits, there's a good chance a wayward shot will find one of Pete Dye's 900 bunkers all artificially created. And the grass is much wispier than at Erin Hills.

At Erin Hills, the fescue rough is tall and often thick. And while thousands of truckloads of sand were imported to create the Straits Course on the shores of Lake Michigan, inland Erin Hills is pretty much natural, simply laid out along the beautiful terrain that was already there.

What Erin Hills and Whistling Straits have in common is that they're both bucket list destinations. Golfers who make the journey to Wisconsin to play the Straits and the other three courses at The American Club in Kohler 90 minutes north, often end or begin their trip with Erin Hills. As they should.

Erin Hills is an intimate setting. It has a lodge reminiscent of an old Irish Country Inn, offering seven single rooms, a double room and two- and three-bedroom suites, as well as a Guinness-pouring Irish pub. For groups, there are four luxury cottages, and all accommodations are located right next to the clubhouse and first tee. Packages are, in fact, the way to go for a couple of reasons: You can get a break off the $225 rack green fee by doing that, and it completes the experience.

The golf course, which was also the site of the 2011 U.S. Amateur, has been tweaked in the past few years in preparation for the U.S. Open. There's a new third green, for example, and gone is the old par-3 seventh dell hole, where golfers had to ring a bell to let the group behind them know it was OK to hit tee shots. The bell remains as a symbol of the golf course.

"The USGA didn't want a blind par 3," Erin Hills Head Professional Jim Lombardo said. So the seventh is now a par 5 and the no. 1-handicap hole on the course.

And while the course has the look off the tee of a links course, it's really a hybrid, explained Lombardo. Approach shots are really target golf, and they're most challenging, often to elevated greens protected by bunkers and steep slopes that feed short shots back down to your feet.

All the holes are difficult, even if you play them from the right tees, but the ninth (which used to be the 19th hole) and 18th are two of hardest holes I've ever played, and I think the Open competitors will post some high numbers on both of them.

After Erin Hills, I got a break. The next morning I headed off to Washington County Golf Course in Hartford just 15 minutes or so from Erin Hills.

This may be the best municipal course in Wisconsin and perhaps one of my favorite Arthur Hills designs. It's very forgiving off the tee but tightens up a bit on the approaches. Though not nearly as dramatic as Erin Hills, there's still plenty of natural scenery on this well-manicured, 7,048-yard par 72. And unlike many munis, the customer service here is like a high-end daily fee.

The homestretch: Start with KC BBQ

What makes barbecue so intriguing is its regional differences, and for the first time, I got to sample real Kansas City barbecue at a place called Fiorella's Jack Stack Barbecue. It's so famous that it actually ships its barbecue to customers all over the world.

Unlike Texas brisket, KC BBQ is about the meat and its famous sauces. But what really intrigued me was something called the beef "burnt ends," which really aren't burnt at all, just delicious. A traditional part of Kansas City barbecue, they're the pointed ends of a brisket, cut off into cubes and cooked even further to make them more tender and flavorful. Pretty unforgettable.

A couple of days later, in Oklahoma City, it was all about the ribs at places such as the Rib Crib and Earl's Rib Palace in Bricktown, where I actually had something called the Smokestack sandwich. Its ingredients are too many to list; just know that it, too, was delectable.

And speaking of Bricktown, this was the first time I've ever stayed in this trendy part of Oklahoma City. I got a room at the Homewood Suites Hotel, which shares its building with the Hilton Garden Inn. The hotel, which features spacious two-room suites, overlooks the Triple A baseball Red Hawks' ballpark, which is on par with many major league venues, and is located in the center of restaurants, great bars and an area that looks much like the Riverwalk in San Antonio.

As for the golf on my homestretch, it didn't disappoint either. Shoal Creek Golf Course is one of the best public courses in Kansas City and probably the best municipal golf course in Missouri.

Less than an hour away west into Kansas is the home course of the Kansas Jayhawks golf teams, Alvamar Golf & Country Club. You won't be wowed by the scenery on the Championship Course there (they also have a private Member Course), but it's a solid play, especially at $20 to walk during the week. After golf, I got to check out Allen Fieldhouse and the home of the national powerhouse Kansas Jayhawk men's basketball team. As a sports fan, this was a real treat.

And finally, in Norman, just south of Oklahoma City, I ended my golf journey by playing the underrated Jimmie Austin Golf Course on the Oklahoma University campus. This very well maintained, nearly 7,400-yard Perry Maxwell/Bob Cupp design is a great test of golf in a terrific setting, almost in the shadows of Oklahoma Memorial Stadium, where another great college program has won a few championships. Only this time we were back in football country, much like my home state of Texas. 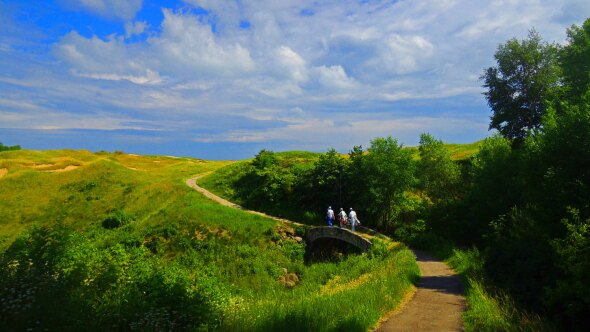