Playing through a pandemic

Even in paradise, there is no escaping this global crisis.

KONA, Hawaii — The global reality when the trip began was vastly different than just four days later when it ended.

There really is no fully escaping COVID-19, even at a secluded five-star Hawaiian golf resort.

As my wife and I readied for our long weekend trip to Hawaii last week, the general sentiment in the U.S. as COVID-19 spread was that big crowds like March Madness and the Players Championship were off limits while open spaces, social distancing and frequent hand-washing would suffice.

Carry on living a more separated, germ-conscious version of your normal life.

That was good enough for us to board a full plane from Texas to Hawaii, even as international travel from Europe and China was starting to be curbed.

As someone who has been in the service and travel industry in some form my entire working existence, I felt an inclination to show solidarity in an uncertain time while a growing practice of isolation began to take hold. I know what servers make when there are no tables, and it's not worth the gas in the car to get to your shift. So If the airports and resorts are open, and we're all healthy, and it's a place as special and outdoorsy as Hawaii, play on.

We arrived to find a resort trying its best to present the paradise that visitors expect and pay handsomely for. It would be hard to believe that a 33-acre luxury resort with plenty of room to spread out - virtually every restaurant and common area in open air - could be an incubator for spread. Staff cheerfully and professionally performed their work as normal, just with bottles of hand sanitizer on every counter behind them and more precautions behind the scenes. On our first morning, there was a breakfast buffet. On the second, it was gone.

It was evident there were cancellations on the island. Most resort guests we met were from Northern California and eager to extend their trip longer in hopes of the virus wearing out in their more densely populated areas back home. Others weighed extending their stay on the basis of indefinite spring breaks for their children.

"My kids decided not to come," mentioned one NoCal mom to me at the pool. "And now that their school and everything else is closed, they are begging us to come out."

Staff and residents seemed cautious but hardly fearful. At one point when we were out on the ocean in a canoe and looked back towards the shore, I was reminded that the Big Island, less than two years earlier, endured the eruption of Kilauea, causing poor air quality, evacuations and a drop in tourists. There's really no telling exactly how powerful one volcano eruption can be, and the Big Island has five that could go at any time.

As we left the canoe club one morning, I caught a glimpse of a sign that warned of a 2019 shark attack of a paddleboarder 500 meters off shore. The island life always has its risks.

On the sprawling Hualalai golf course, it was hard to believe there was anywhere on this earth safer. While we were playing, new articles posted suggested it was one of the safer social activities in our current planet and courses reported healthy tee sheets as other pastimes locked down.

It all seemed good enough while in paradise, but every hour, more precautions and warnings were being announced. This is uncharted territory for everyone: An intensely fast news cycle, the worldwide clamoring to "flatten the curve," and the highest market uncertainty since 1987 or possibly even the 1930s when all is said and done. Brief glimpses at the local news kept a running tally of Hawaii's pulse of the spread. At the time we left, two cases had been reported in all of Hawaii - none on the Big Island (the official total is now eight). But unease nevertheless grew. Over the weekend, the Norwegian cruise ships of which I used to work on voluntarily halted service to the islands.

There were some fleeting moments where we managed to truly escape all if it - on a beach chair mesmerized by the ocean surf, a dolphin pod and whale sighting, observing worry-free aquatic life through snorkel masks, a leisurely beachfront dinner, walking along expansive green grass magically planted over lava rock. But reality was never too far behind, in the form of a group text message chain with worried friends back home, checking case counts back home, or newspapers or glimpses of the stock market or otherwise. So was some twinge of guilt that we should be roughing it a little more than we were, basking somewhat aloofly for a moment of time in the middle of the Pacific.

The afternoon we checked out, the resort beaches and pools had a little buzz to them, thanks in part to the fact the original, official spring break had begun and that the sun was back after a few days behind clouds. Some staff mentioned that Hualalai members and homeowners were making unexpected trips back to their vacation homes to hole up in the world's most isolated landmass.

We ended up booking an earlier flight home, (easy to do online with no change fees on airlines). Another fairly full flight with plenty of sanitization of tray tables and video screens and avoidance of the cabin bathroom. By the time we arrived at home on Monday morning, our airport was about as uncrowded as I'd ever seen it. Around that time, I learned my municipal golf courses had closed indefinitely. So too, apparently, had Augusta National. MGM was readying the closure of their Las Vegas hotels. The nation's "social distancing" practice was, by the hour, beginning to look and sound a lot more like quarantine. Even still, many golf courses and golfers continue to declare that with certain precautions, there are few better ways to pass these trying times than on a fairway.

I'm glad our trip was last week and not this week, but definitely would have preferred if it was last month. At home, the news continues to move fast while the days seem excruciatingly slow. Solidarity for the service and travel industry means doing everything we can now to end this spread sooner than later. With airlines and resorts offering flexible cancellation and rebooking policies, it's a good time to hunker down and save the trip for a time you can be more certain the memories will be more of the good and less of the unease. 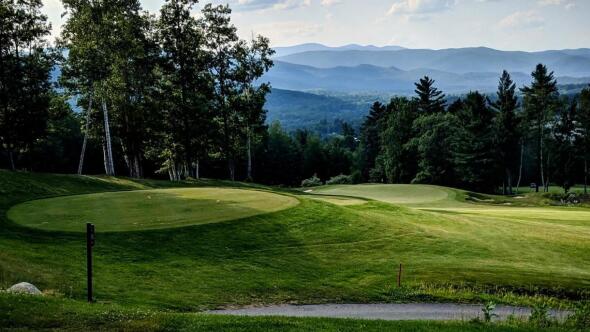 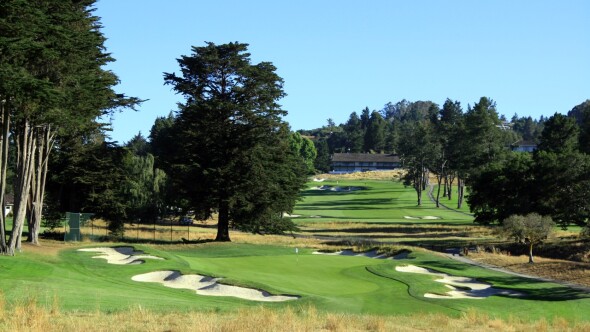 By Golfers' Choice
Read More
Load More
Articles
Now Reading
Playing through a pandemic
New Cookie Policy
WE AND OUR PARTNERS USE COOKIES ON THIS SITE TO IMPROVE OUR SERVICE, PERFORM ANALYTICS, PERSONALIZE ADVERTISING, MEASURE ADVERTISING PERFORMANCE, AND REMEMBER WEBSITE PREFERENCES. BY USING THE SITE, YOU CONSENT TO THESE COOKIES. FOR MORE INFORMATION ON COOKIES INCLUDING HOW TO MANAGE YOUR CONSENT VISIT OUR COOKIE POLICY.
CONTINUE
Search Near Me