Nothing black and white about Gray Plantation Golf Club in Lake Charles, Louisiana 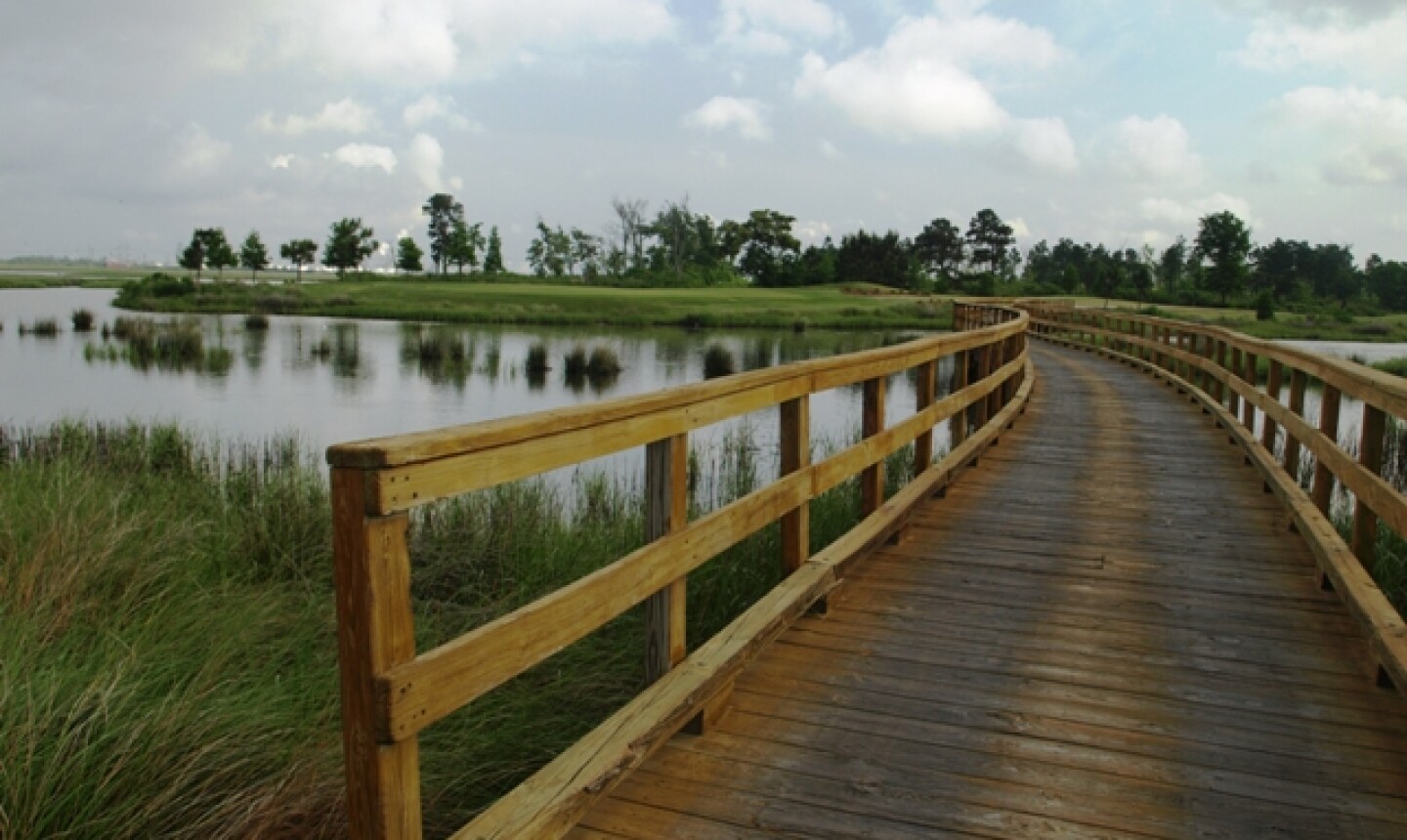 The interest really starts to build by the time you get to the par-3 sixth hole at Gray Plantation Golf Club. Mike Bailey/Golf Advisor 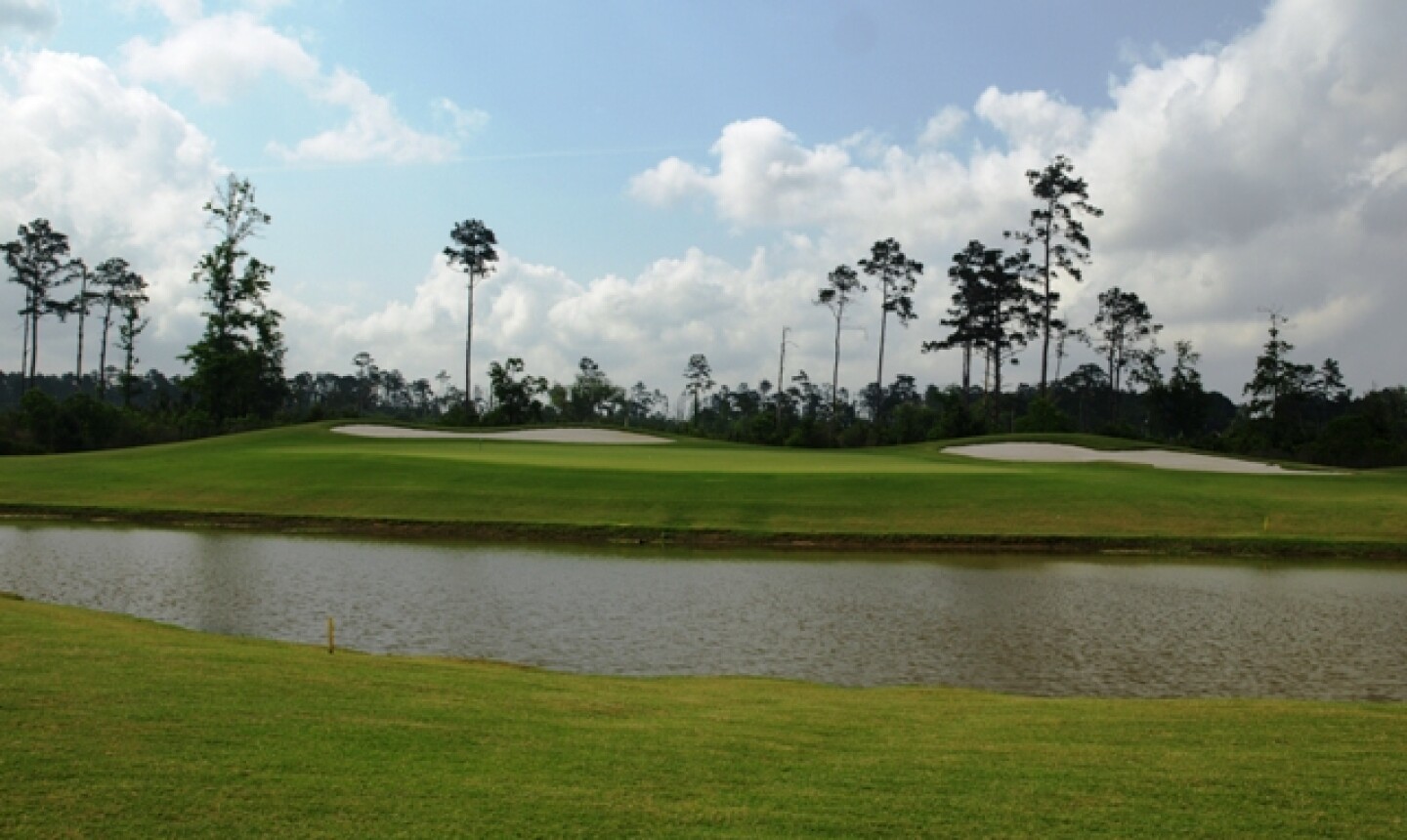 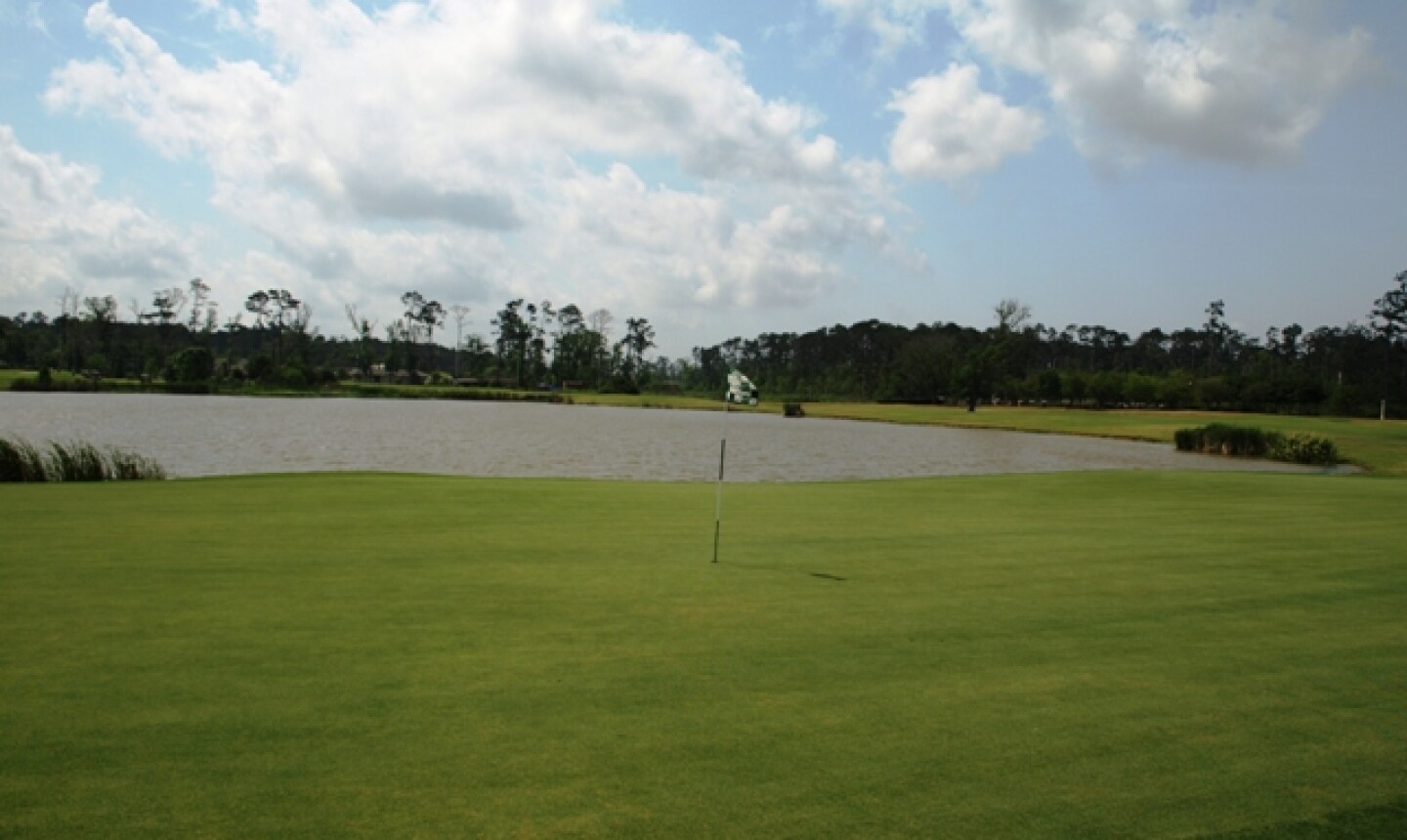 The par-4 16th at Gray Plantation G.C. is a classic risk-reward as long hitters are tempted to go for the green off the tee. Mike Bailey/Golf Advisor 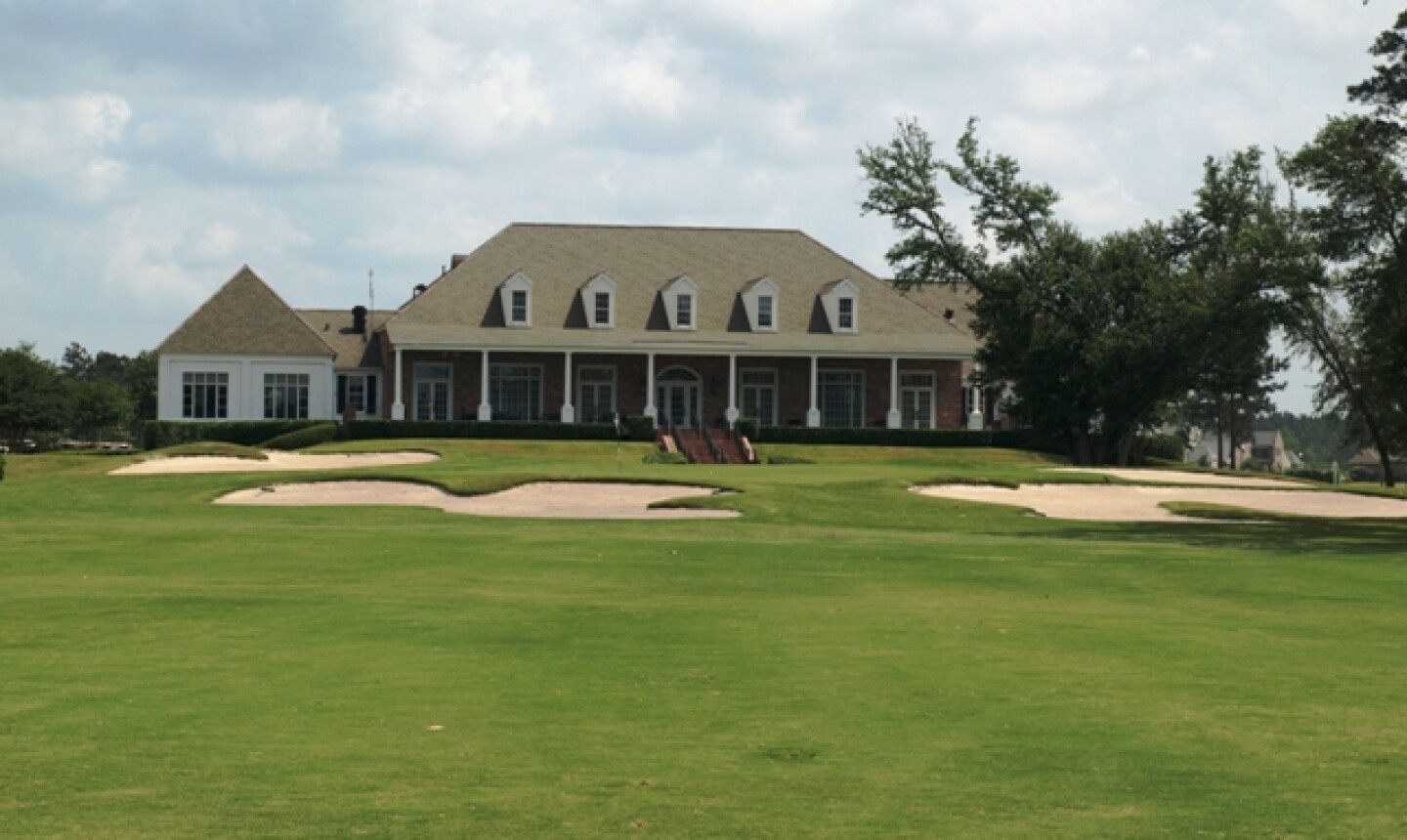 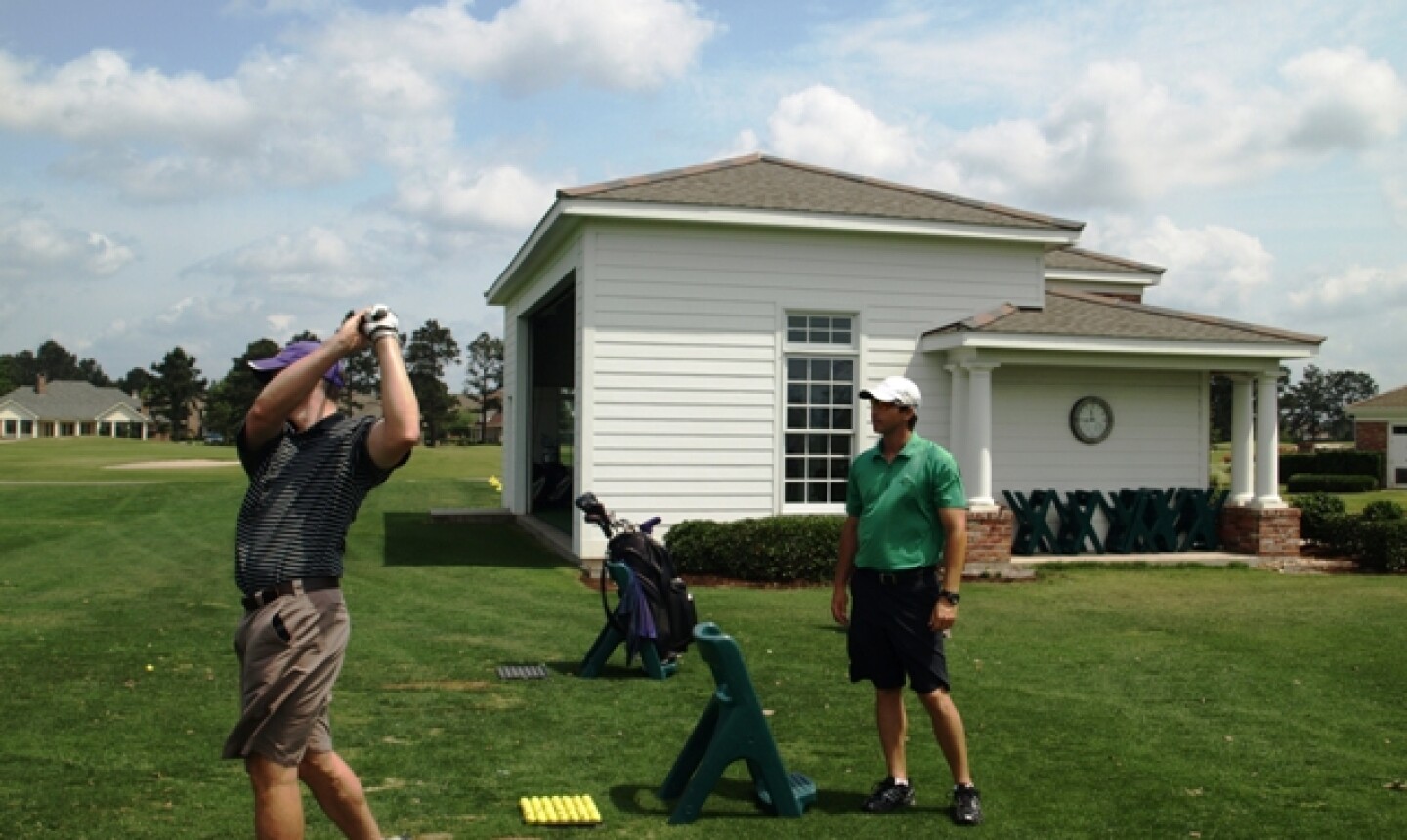 The recent addition of a golf academy at Gray Plantation Golf Club adds to the facility's appeal. Mike Bailey/Golf Advisor

LAKE CHARLES, La. -- It's decision time on the par-4 16th hole at Gray Plantation Golf Club. With a helping wind, can you carry it some 260 yards over the water to the green, or do you play it safe toward the bunkers? Or is that even a safe route?

As it turns out, nothing is particularly black and white at Gray Plantation Golf Club, which is part of the master-planned community of Graywood and one of the original members of Louisiana's Audubon Golf Trail.

If you try to play it safe on the 16th, for example, navigating your way around the lake, you risk a treacherous lie in one of the fairway bunkers. If you go for the green and fail, though, double bogey or worse enters the equation. Decisions, decisions -- you'll have to make them throughout this Rocky Roquemore-designed course.

Indeed, this par-72 course, which can play as long 7,191 yards, has plenty of intrigue. And if you're successful with your risky moves, you can indeed go low, especially since the course lost thousands of trees to Hurricane Rita a few years ago.

PGA Tour player Mike Heinen, who lives in the area and won the Shell Houston Open in 1994, proved that. He holds the course record with a 58. But then again, he hits it 320 yards or better off the tee, which can bring a course such as Gray Plantation to its knees. For the rest of us, it's simply fun.

The first few holes at Gray Plantation aren't bad, but they might make you wonder what all the fuss is about.

Ranked No. 5 in the state by Golf Digest, the course doesn't start to wow until you get to the fifth hole, which plays along the wetlands. Here you are likely to start spotting ducks, egrets, alligators and maybe an occasional fox. By the time you get to the island green, the par-3 sixth, you are fully immersed in the experience. From here on out, it's water, wetlands, nature and decisions.

The next hole, for example, is a 589-yard par 5 that gives players several options on the second shot. If you hit the drive far enough, you can think about carrying the wetlands to the green -- an unlikely scenario for most players. There are also options if you lay up. You can carry wetlands to the right to set up a wedge third shot or lay up to the wetlands in front, which will still leave 160 yards or so to the green. Pick your poison. That theme continues throughout the round until you get to the straightforward 17th and 18th holes. By then, your fate may already be sealed.

A real bonus for golfers is the new indoor/outdoor teaching academy. Run by Mark Moore, an instructor under Hank Haney for 12 years, the academy has state-of-the-art equipment to help golfers in both full swing and putting.

The McNeese State University golf team as well as local high schools use the academy. Other students include professionals on various tours. Both private lessons and group clinics are available.

The academy's indoor putting studio features the SAM putting system, which can analyze every aspect of a student's putting stroke and recommend corrections as well as equipment specifications. The indoor/outdoor hitting bays feature both the V1 Swing Analysis software plus the Zelocity Launch monitors.

"It will be interesting to see what we can do with the academy in the next five, six or seven years," Tracey said. "We can bring groups of four to six people from Mississippi, Louisiana and even Texas."

It's hard to believe that the community of Lake Charles, not long ago just a fishing and oil refinery town on the Gulf Coast near the Texas border, can have golf this good. It's just a shame that the course lost much of its character from Hurricane Rita in 2005.

Lake Charles, in fact, has seven golf courses you can play, and three of them are well above average, including Gray Plantation.

The golf course also has a first-class clubhouse, outstanding menu in the grille and welcoming atmosphere. And now with the addition of the teaching academy, Gray Plantation can offer full packages that include instruction, play and meals. Couple that with some fishing or hunting, and you've got a pretty good golf vacation. 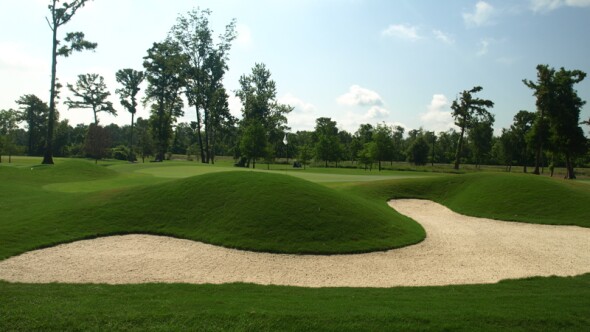 Articles
3 Min Read
At the TPC Louisiana near New Orleans, you'll have to earn your money from the sand
At the TPC Louisiana, Pete Dye put bunkers everywhere. They're in the landing areas and around the greens. Some are huge, like football fields, and 62 are pot bunkers. Other than that, there's not much to contend with - except for the mounds, water, small greens and towering pines and cypress trees. In other words, there's trouble everywhere.

Kira K. Dixon
Lifestyle Correspondent
Now Reading
Nothing black and white about Gray Plantation Golf Club in Lake Charles, Louisiana
New Cookie Policy
WE AND OUR PARTNERS USE COOKIES ON THIS SITE TO IMPROVE OUR SERVICE, PERFORM ANALYTICS, PERSONALIZE ADVERTISING, MEASURE ADVERTISING PERFORMANCE, AND REMEMBER WEBSITE PREFERENCES. BY USING THE SITE, YOU CONSENT TO THESE COOKIES. FOR MORE INFORMATION ON COOKIES INCLUDING HOW TO MANAGE YOUR CONSENT VISIT OUR COOKIE POLICY.
CONTINUE
Search Near Me