Shingle Creek G.C. delivers in the heart of Orlando 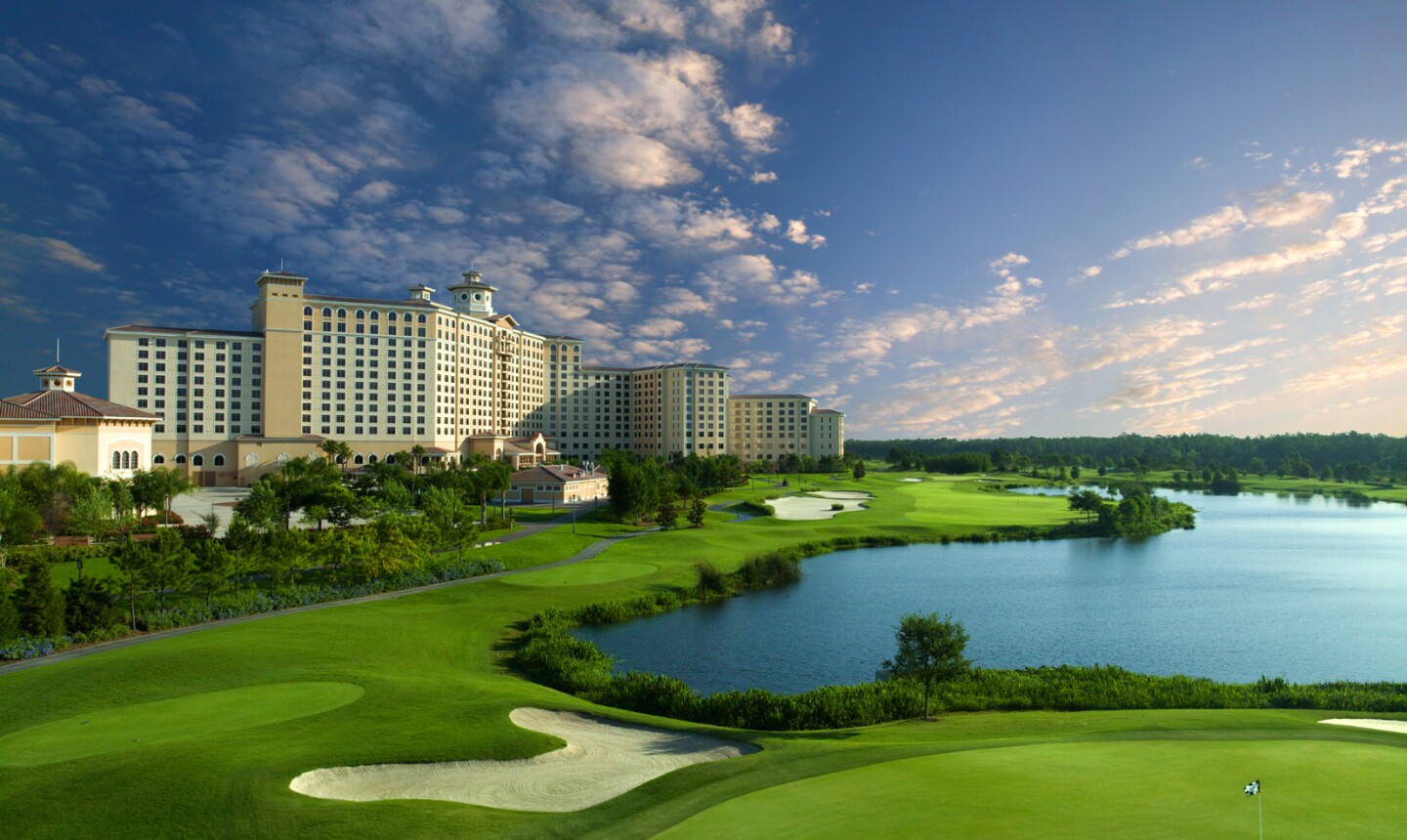 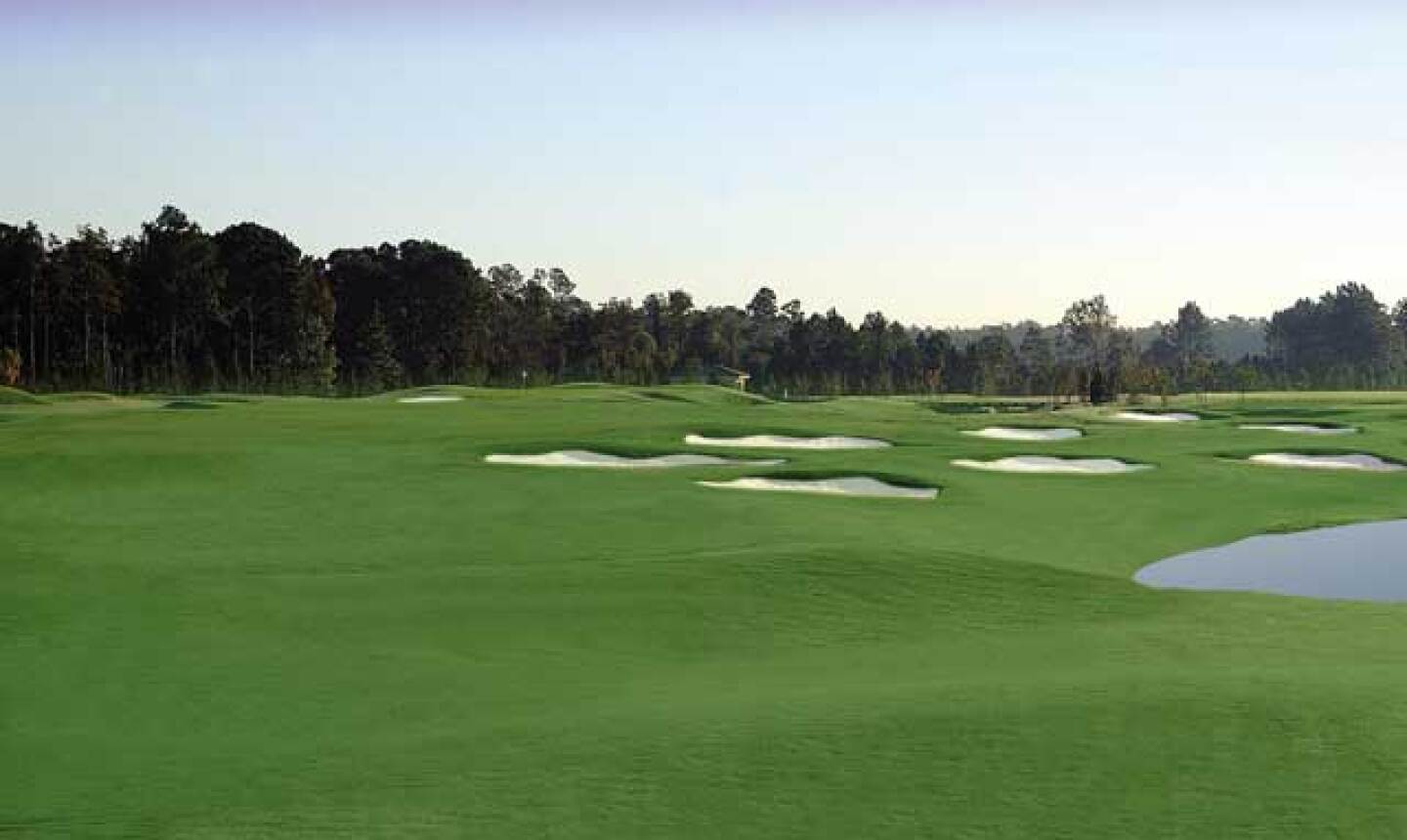 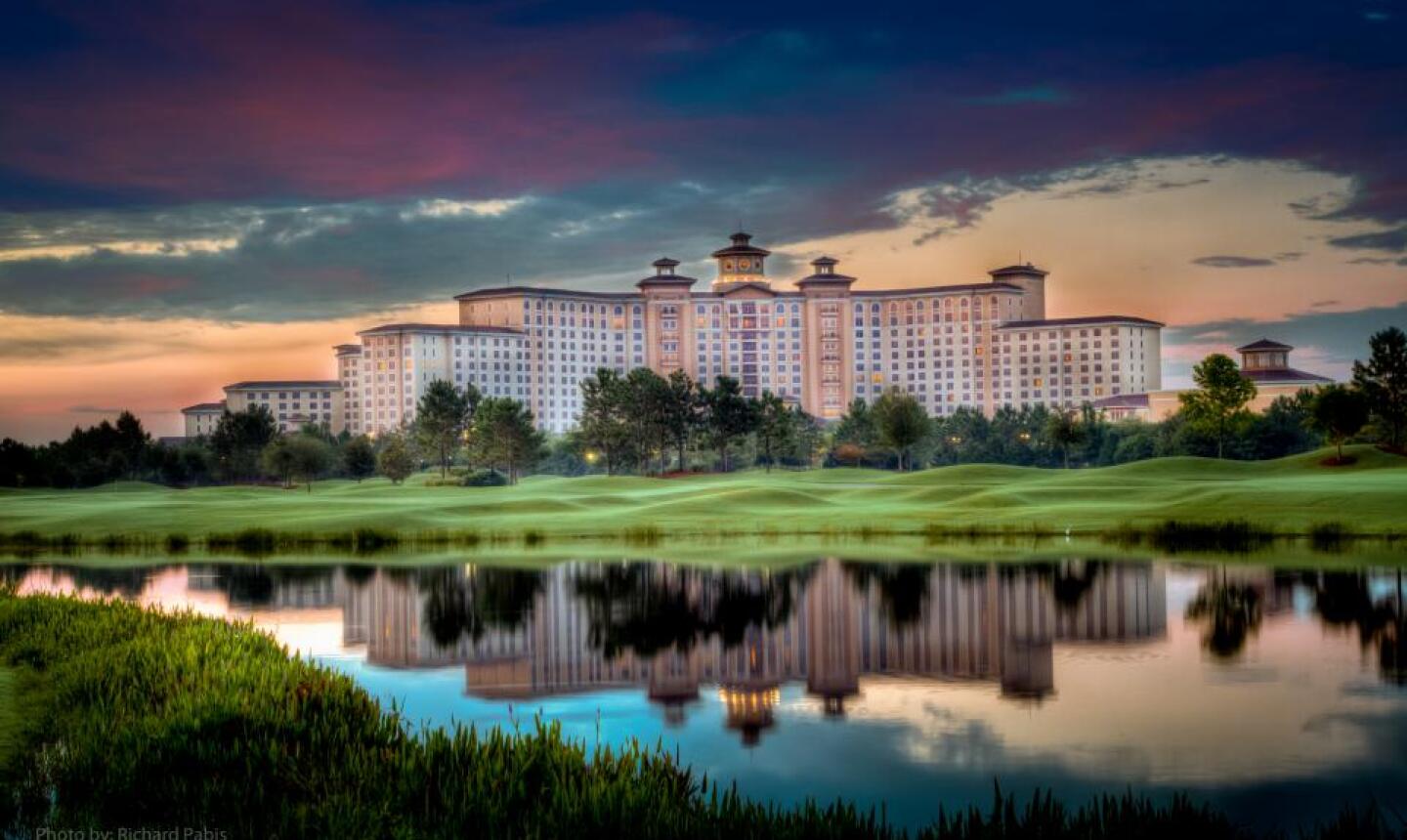 ORLANDO, Fla. -- When Shingle Creek Golf Club opened in late 2003, it already had a leg up on the competition -- its location.

It's right in the middle of everything significant in Orlando, and most notably, it's the closest course to the United States' second largest expo center, the Orange County Convention Center.

Located on Universal Drive, the course and the AAA Four Diamond Rosen Shingle Creek Hotel are just three miles from Universal Orlando, less than two miles from SeaWorld Orlando, just a block from International Drive, 10 minutes or so from the airport and convenient to Walt Disney World.

Of course, that wouldn't impress if it didn't deliver in other areas. And for the past decade, both the golf course and hotel, named for the historic creek that is the scenic backdrop for the property, has done just that.

Designed by a local architect, the late David Harman, Shingle Creek G.C. opened to positive reviews, including being named by Golfweek magazine as one of the "best new courses in America in 2004."

Harman was actually a friend and neighbor of Harris Rosen, the founder of Rosen Hotels & Resorts, which has seven properties in Orlando. Harman, who was integral in building golf courses for Arnold Palmer, has designed dozens of golf courses around the world, including Kauri Cliffs Golf Club in New Zealand and was heavily involved with the crafting of Orange County National in nearby Winter Garden, Fla.

"It's perfect for where it is," Scott said, "not too hard, but we can make it hard."

Indeed if you play it from all the way back at just less than 7,200 yards and the wind is blowing and the greens are fast, it's a very tough test. But the fairways are generous. And even though there's water on 16 of the 18 holes, there's usually a bailout area, Scott said, and there are only three forced carries on the entire golf course, just two of those from the forward tees.

There are also 99 bunkers on the course, so you'll want to try to avoid those as well. The greens are large, so the staff can utilize lots of pin locations, which is important considering the course plays host to 175 corporate or charity outings per year. It's a tall task for Superintendent Rickey Craig and his staff who, according to Scott, get the golf course "tournament ready condition every day." In the winter, for example, the greens run 11 feet or faster on the Stimpmeter.

"I can say that," Scott said. "But you just have to come out here and experience it to realize what I'm talking about."

It's also about the Shingle Creek Golf Club's service and amenities, which include an award-winning 1,600-square foot golf shop, GPS system and coolers on all the golf carts, daily beverage-cart service, a full-service restaurant, and a snack shop where golfers can get drinks, burgers and sandwiches. The club takes the service aspect very seriously. It includes free valet parking, and constant monitoring of pace of play.

"We have people on the golf course driving around monitoring it," Scott said, "not just sending messages via the GPS system."

Shingle Creek Golf Club is also home to one of the best golf schools in the country, the Brad Brewer Golf Academy, run by Brewer, a Golf Magazine top 100 instructor (and top golf school) who has also been featured on the Golf Channel numerous times.

Stay at the Rosen Shingle Creek

While daily-fee players can certainly enjoy Shingle Creek Golf Club, one of the best ways to enjoy the course is through a stay-and-play package at the 1,501-room Rosen Shingle Creek Hotel, which has a half million square feet of meeting space. It's a great destination spot for golfers, whether they're in town for work or recreation.

The hotel offers a variety of packages (click here), but one of the most economical packages is even offered in peak season. For $299, you get a night's lodging and two rounds of golf. That means a couple can stay overnight and each member play golf. Or if you've got three buddies, two each can share a room and the foursome can play a round of golf and split the cost of the packages. During peak season, rack rates on the golf course alone are $149, so it's a great deal considering the stature of the hotel, Scott said.

Staying at the hotel, of course, means you can walk out the door and play golf and enjoy all the amenities the hotel has to offer, including the 13,000-square-foot The Spa at Shingle Creek, which features nine treatment rooms and a state-of-the-art fitness center with cardiovascular equipment and free weights. Use of the spa's separate men's and women's lounges, which includes steam room, sauna, whirlpool and quiet relaxation area, even without a treatment, is complimentary for VIP guests of the hotel. Additionally, there are four swimming pools, lighted basketball courts and tennis courts, nature trails and fishing opportunities.

There are also more than a half dozen restaurants at the hotel, including the AAA Four Diamond rated A Land Remembered and Cala Bella. A Land Remembered is a classic steakhouse, named after the late Patrick Smith's renowned novel featuring memorable moments of Florida's history and rich landscapes. Cala Bella (which means "beautiful creek") is an Italian bistro with public and private dining settings.

Note: The golf course at Shingle Creek will be undergoing maintenance and enhancements May 1-Oct. 15, 2016. 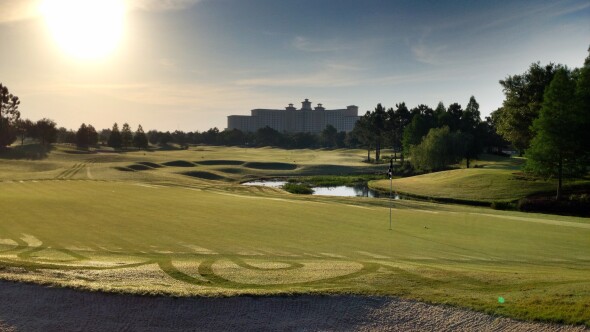 Galleries
Shingle Creek G.C.: Convenience, beauty and challenge in Orlando
Located just a couple of minutes from International Drive and the Orange County Convention Center, Shingle Creek Golf Club is one of Orlando's most popular daily-fee and resort courses not only because of its location but also because of its beauty, playability and conditioning.
9 Images