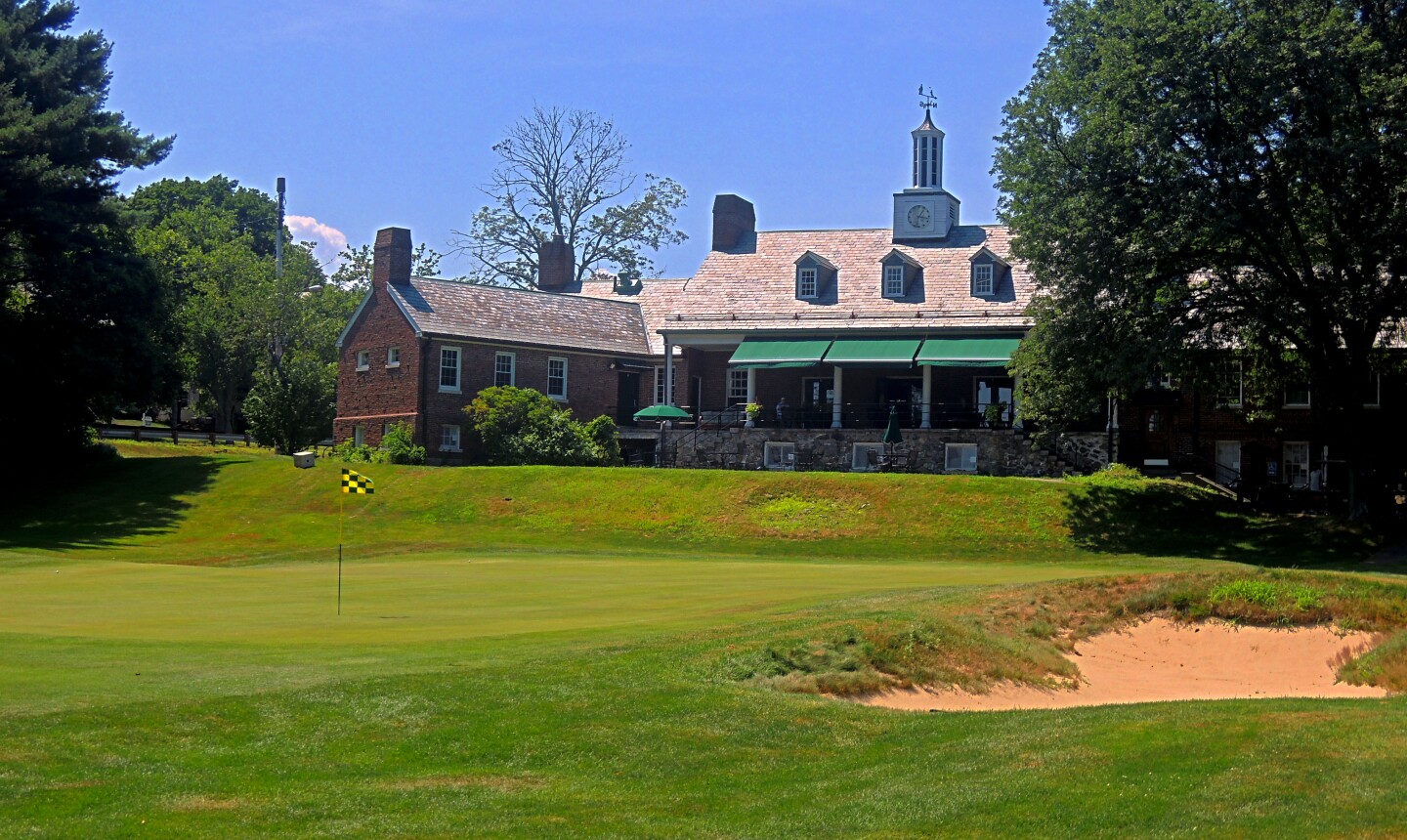 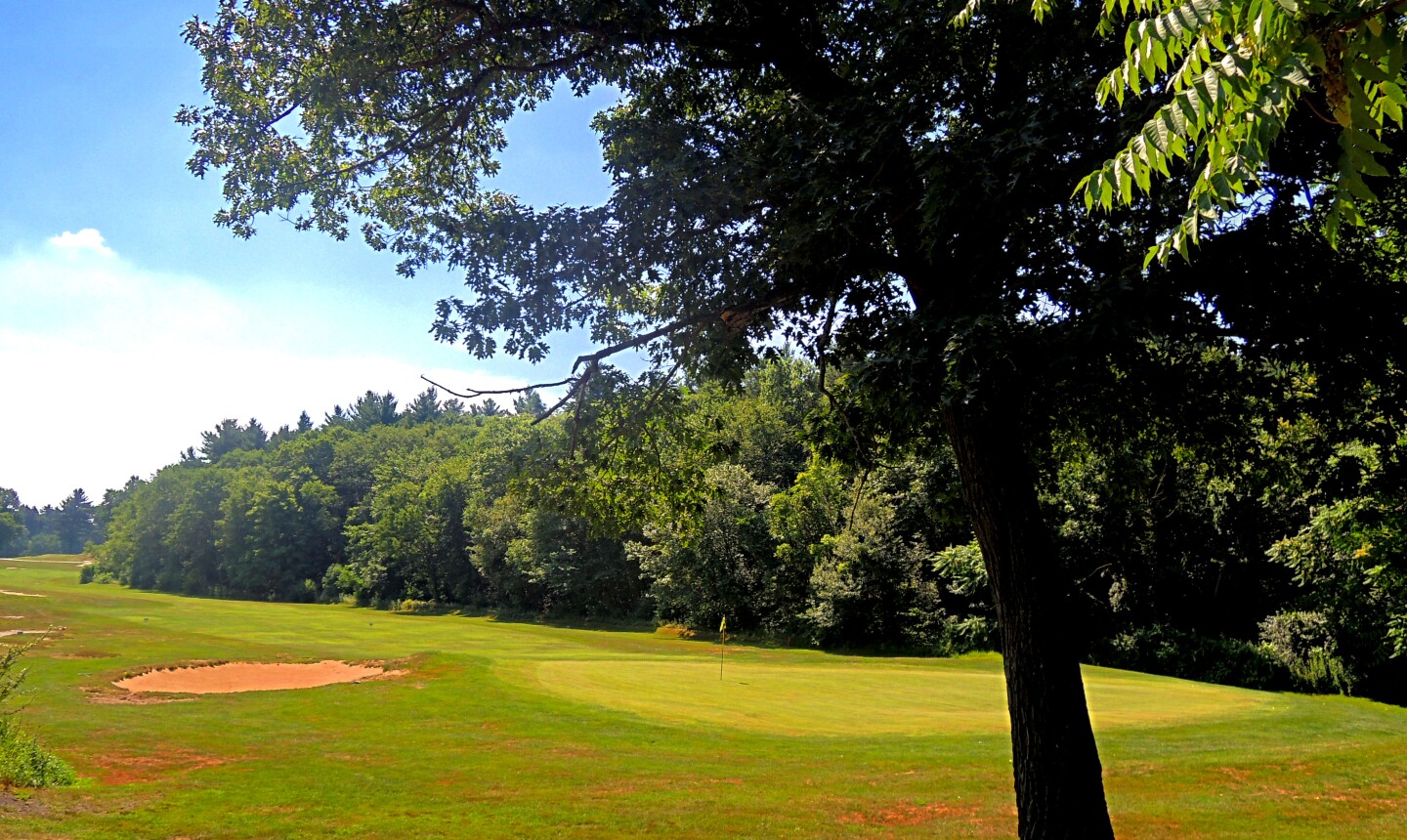 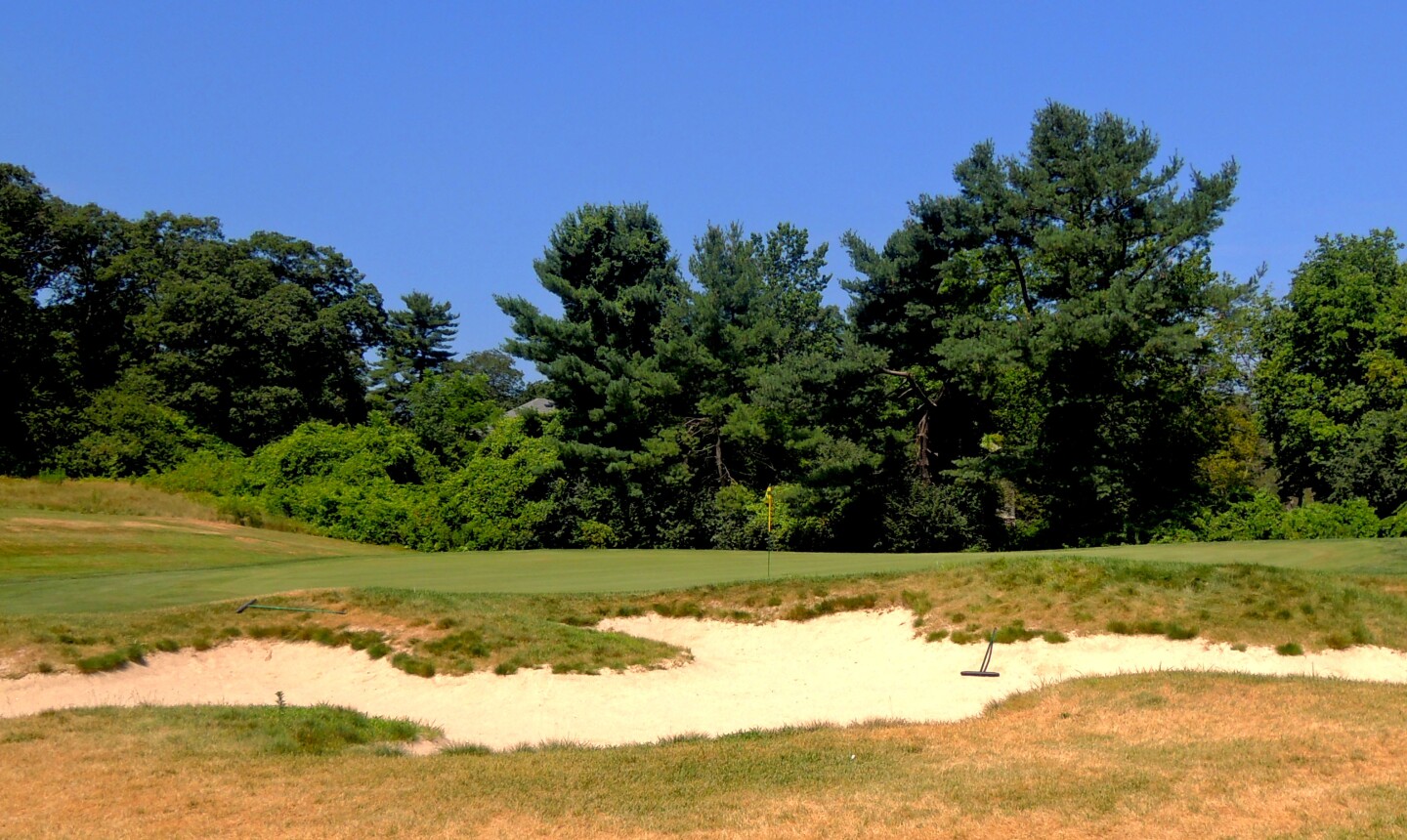 The par-3 fifth shows a good example of the restore bunkering at the Robert T. Lynch Municipal G.C. in Brookline. Mike Bailey/Golf Advisor 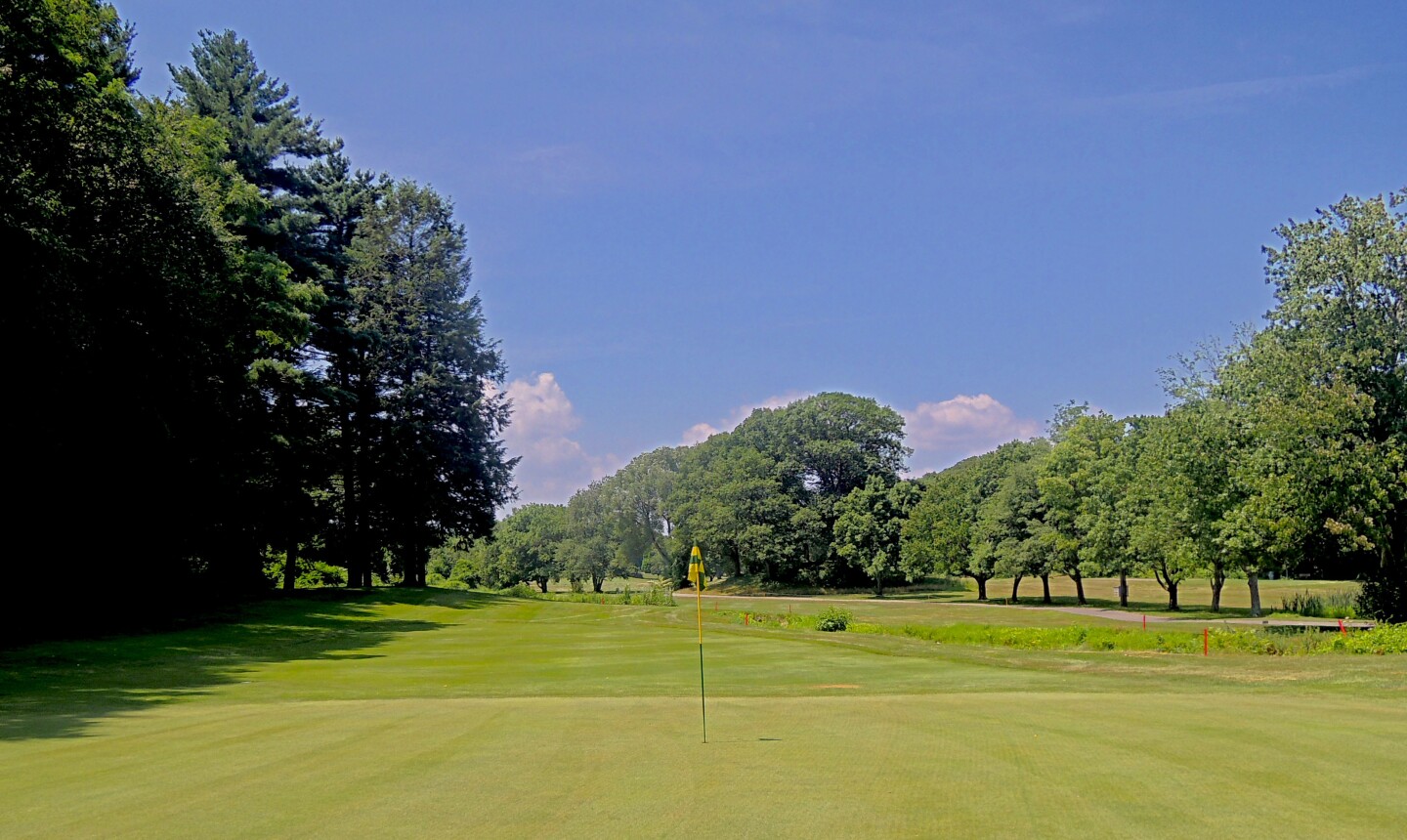 BROOKLINE, Mass. -- It's the next best thing to The Country Club at Brookline. Literally. But they are worlds apart.

Like The Country Club, there's plenty of history at the Robert T. Lynch Municipal Golf Course at Putterham. And both share the same piece of land.

But the fence between them clearly separates ultra-private from available to the masses. Fortunately, everyone can experience Robert T. Lynch.

In fact, the sculpture commemorating Francis Quimet's incredible upset at the 1913 U.S. Open isn't at the place it happened but rather at the public course next door. The reason, said Tom Ellis, head professional at Robert T. Lynch, is so that more people could see it.

Of course it would be misleading to suggest that playing the Robert T. Lynch Course is on par with playing at The Country Club, which in addition to that famous U.S. Open also hosted the 1999 Ryder Cup Matches and the 2013 U.S. Amateur. But it isn't a bad consolation, and it's certainly a lot less expensive to play and much more accessible.

The key to appreciation is the land and the history. The clubhouse is about as old as the 1931 golf course, which has undergone a few modifications over the years from its original John Van Kleek and Wayne Stiles design. From the tips, the course plays just 6,400 yards, but that can be misleading. First, the course is a par 71, and several holes play uphill and perhaps even into the wind, making them play much longer than their advertised yardage.

The transformation over the years has much to do with land acquisitions along the property's perimeter. The course once began with a par 3 (no. 1 is now a short par 5) and used to be a par 70. In the early '70s, additional land was acquired at the property's sound end, allowing for a new green site on the 14th hole, transforming the hole from a straight-away, short par 4 into a dogleg-right par 4. The tee shot and approach are both demanding. It's now the course's no. 1-handicap hole.

The nines were also reversed at one point. The current 10th, which has a blind tee shot, used to be the no. 1 hole, but for pace-of-play purposes, the two were reversed. Now, as you make your way to the 10th, there's a barbecue pit and halfway house built by a local design college.

Putterham itself, as you might imagine, is chalked full of history. Still on the property near the golf courses is the Putterham School, a one-room schoolhouse that has since been moved to Larz Anderson Park. The school's most famous alumnus is none other than Quimet, who attended from 1900-1906. Now open to visitors, the school serves as a relic for Brookline's past.

While it's not The Country Club, you can actually catch views of the historic club from parts of the front nine at Robert T. Lynch.

Honestly, though, as a pure golf experience, Robert T. Lynch holds its own. The holes have all kinds of interesting angles and greens complexes, plus there's been an effort of late to restore the golf course, undoubtedly better than it's ever been.

Among those improvements are the bunkers, which have been painstakingly restored to their old rugged style. It's a project that's taking place over several years. Fairway renovations and drainage improvements are also ongoing.

One drawback is that the golf course has no range, but that doesn't mean you can't take lessons there. Ellis, a fine player and teacher, uses a portion of the course for lessons early in the day for both full and short-game lessons. 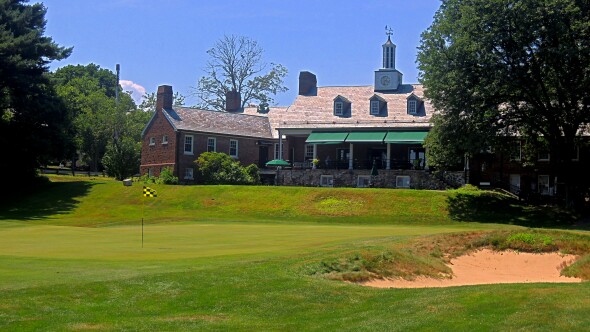 Galleries
Robert T. Lynch municipal course at Brookline Golf Club: Not the same old look
There are two golf courses on the property of Putterham in Brookline, both of them historic. Only one of them, though, is open to the public, the municipal Robert T. Lynch Municipal Course at Putterham. The course, which dates back to 1931, actually borders the famous Country Club at Brookline. It plays around 6,400 yards from the tips, but with elevated greens, doglegs and a variety of holes, it challenges players of every level.
17 Images