The best of south Florida: My top 10 golf courses you can play

There are lots of great golf venues in south Florida along the I-95 corridor, and many of them, of course, are highly exclusive and private. But south Florida has its share of public golf, too, although some of that comes at pricey resorts.

A couple of those resorts host PGA Tour events, and while neither the Blue Monster at Trump National Doral or the Champion Course at PGA National are bargains, they still lead my list of the best courses you can play in south Florida. Of course, there is some affordable golf in south Florida, and those courses can be found on the list, too. Here, then, is a list of my favorites:

There are five golf courses at this mega resort, purchased by Donald Trump in 2012, but the Blue Monster, home of the WGC-Cadillac Championship and subsequently renovated by Gil Hanse, is the one you're going to want to target. Not everyone likes the changes to the course, which now has eight lakes and more than a hundred bunkers, but it still retains one of the toughest and recognizable finishing holes in golf, the 467-yard, par-4 18th. Plus, it must be great; The Donald said it will someday host a U.S. Open.

Originally designed by Tom Fazio and tweaked over the years by Jack Nicklaus, this course doesn't always get its due. Home of the famed Bear Trap -- two difficult par 3s around an equally watery par 4 -- the Champion Course has played host to many important events, including the Ryder Cup, Senior PGA Championship, PGA Championship and now the PGA Tour's Honda Classic.

You have to stay at the resort and it's expensive, but the golf is stellar. There are 36 holes, the Soffer Course and Miller Course, all redone by Raymond Floyd. The Soffer is the more difficult of the two and better championship test.

At the northern reaches of our south Florida region, PGA Golf Club, run by the PGA of America, is also one of the better bargains in the area (especially if you're a PGA member). All three layouts at PGA Golf Club are terrific, but if I had to pick a favorite, it would be the Wanamaker Course, one of two Fazio designs and a true Florida classic layout. Of course, I could also put PGA Golf Club's Dye Course in there, but for now, let's just make these two 4A and 4B.

Renovated by Jack Nicklaus in 2006, this links-style course is one of only two Nicklaus signature municipal courses in the United States. North Palm Beach Country Club is a difficult test from 7,000 yards, but there are five sets of tees for everyone to enjoy. The design incorporates elevation changes, rolling fairways and undulated, well bunkered greens.

The setting alone puts the golf at The Breakers on the list. The historic resort has Florida's first 18-hole course, the Breakers Ocean Course, redesigned to restore its vintage feel. At just 6,167 yards, it's a shot-maker's course with a glimpse of the Atlantic. Resort guests can also play the newer course, The Breakers Rees Jones Course, a terrific layout in its own right and certainly a more championship test, albeit 10 miles west of the famous hotel.

It's not often you get a chance to play a public-access, Donald Ross-designed course, and the Biltmore Golf Course next to the historic Biltmore Hotel is a great opportunity. Built in 1925 and restored by Brian Silva to perfection, this 6,800-yard golf course in Coral Gables just outside of Miami is a joy to play. It can be a little pricey (rack rate is around $200 for visitors from outside the Miami area), but check the Internet for deals.

The best muni in Miami, and one of the better munis in the country, Crandon Golf at Key Biscayne should be on your list. With an upscale clubhouse and a really good design by Robert Von Hagge and Bruce Devlin, Crandon was built on a pristine island environment, with seven saltwater lakes and views of Biscayne Bay and the Miami skyline. The golf course was also the host of a Champions Tour event for 17 years.

Yes, there's a par 3 on this list and for good reason; it's spectacular. Originally designed by Dick Wilson and Joe Lee and renovated by Ray Floyd, this all-paspalum 18-hole course features nine holes pretty much on the Atlantic and nine on the Intracoastal. Palm Beach Par 3 is also in terrific shape, and there's a new beautiful clubhouse with great views of the Atlantic and the terrific Italian al Fresco Restaurant inside.

Opened in 2011, this 27-hole Roy Case design was more than 10 years in the making as local officials figured out how to appease environmental concerns while building a golf course that appeals to both locals and visitors alike. Osprey Point's Falcon, Raven and Hawk nines are so popular that tee times usually sell out several days in advance of each day, and for good reason. At less than $60 in season and less than half of that in the summer, this well conditioned and beautiful course is one of the best deals in south Florida. 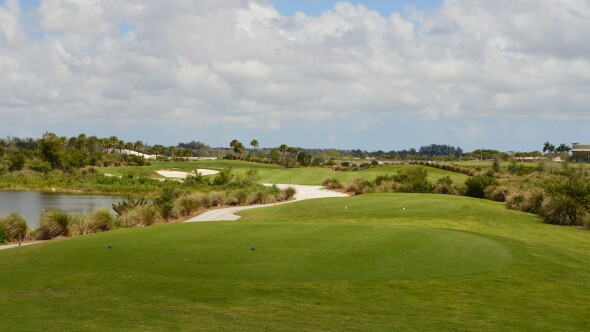 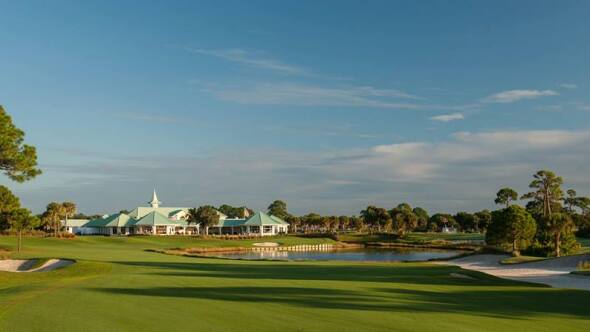 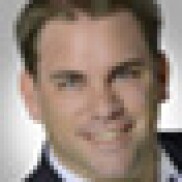 By Will Gray
More from the author

Tim Gavrich
Senior Writer
Now Reading
The best of south Florida: My top 10 golf courses you can play
Search Near Me