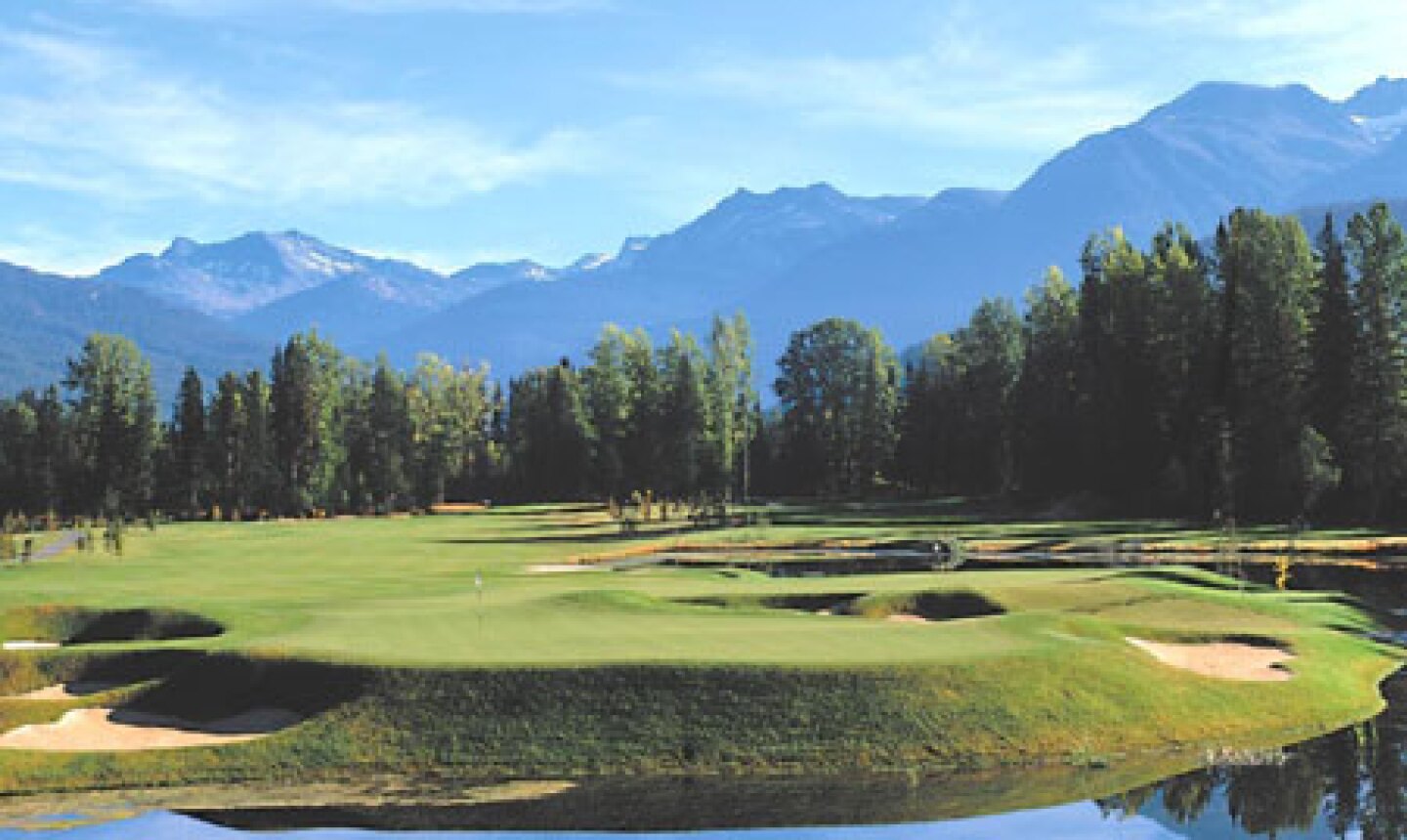 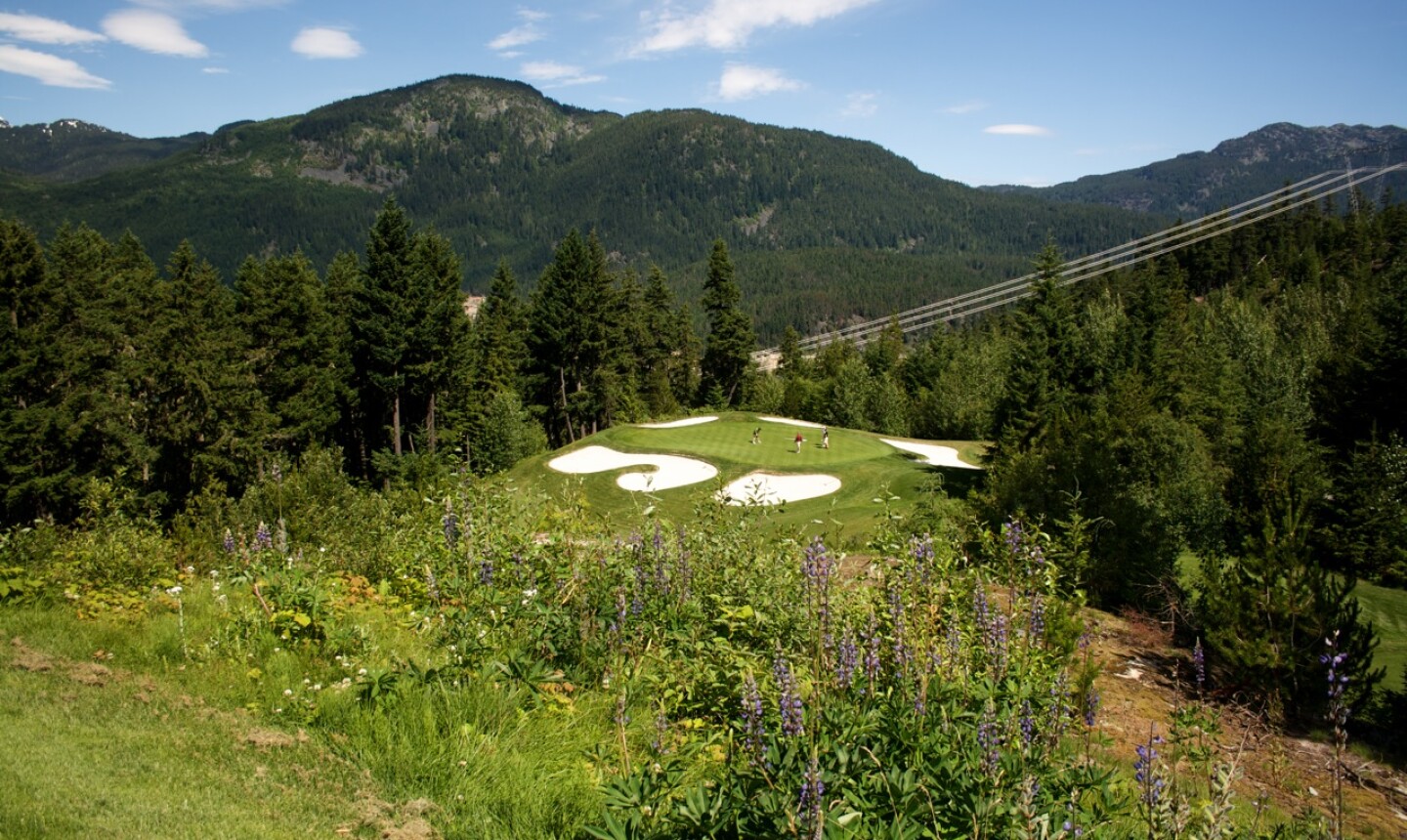 The 10th hole at the Fairmont Chateau Whistler Golf Club is a chip-shot par 3 -- 131 yards downhill to a well protected green. Brandon Tucker/GolfAdvisor 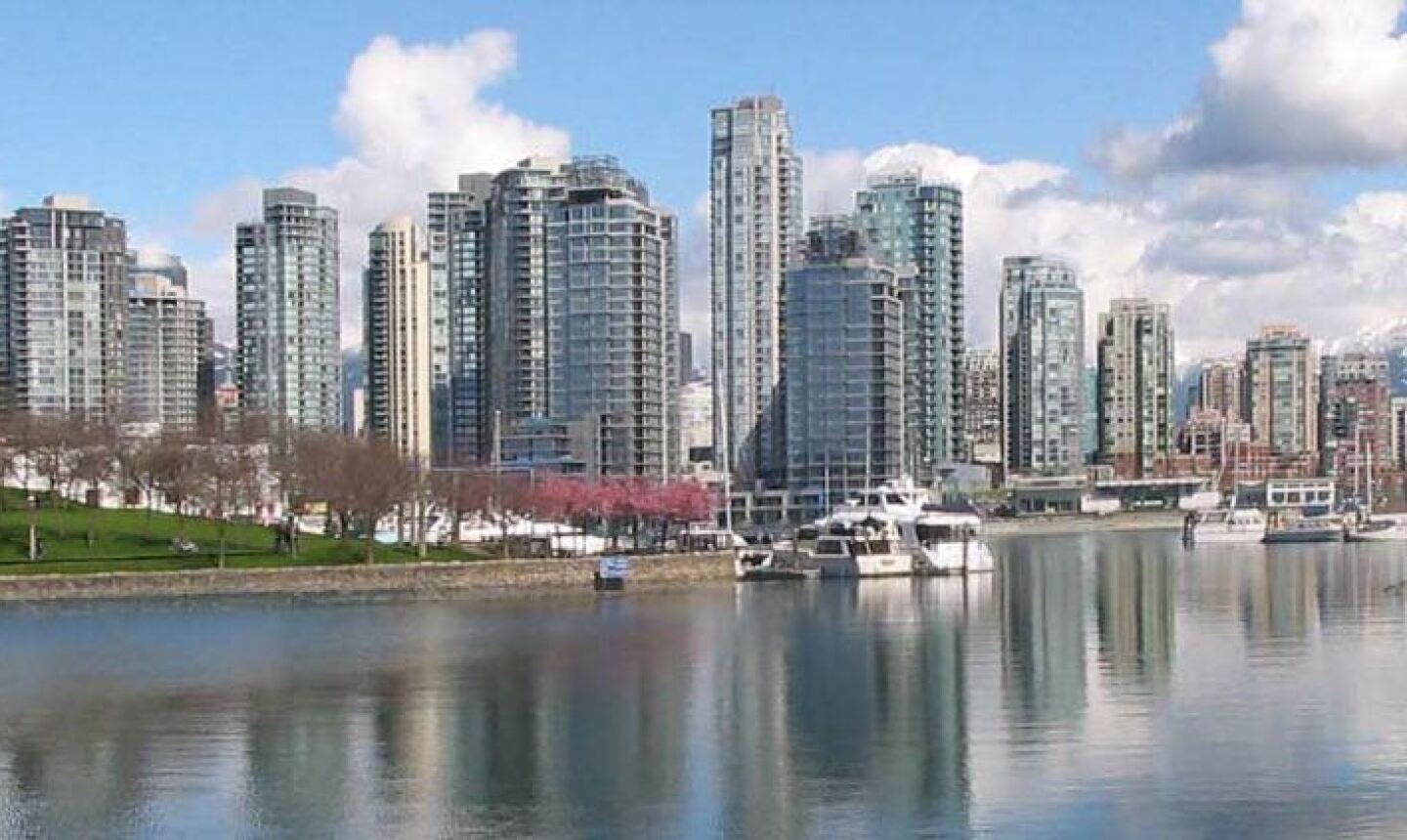 The golf season in Vancouver typically runs April through October. The city, however, never takes a day off. Courtesy photo 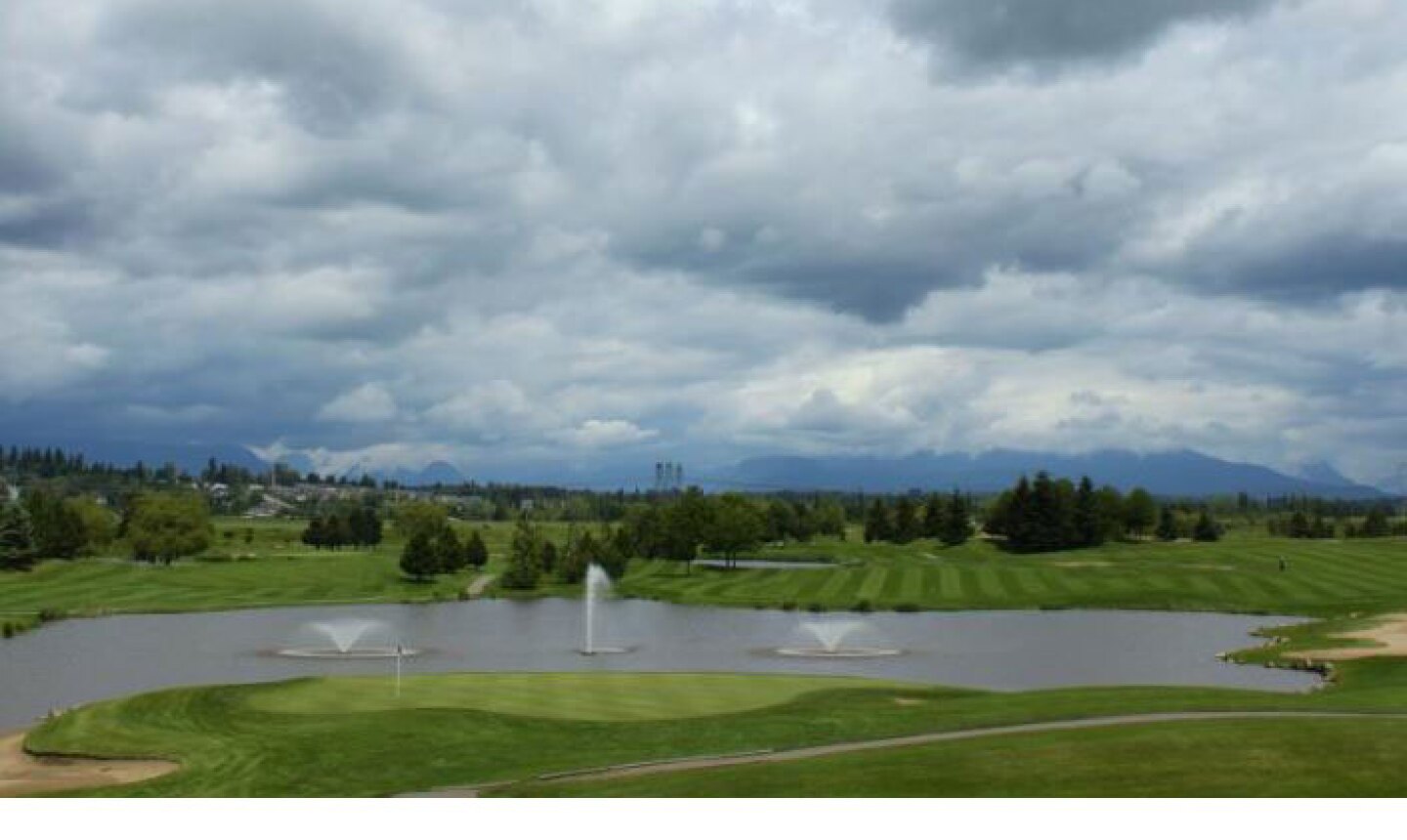 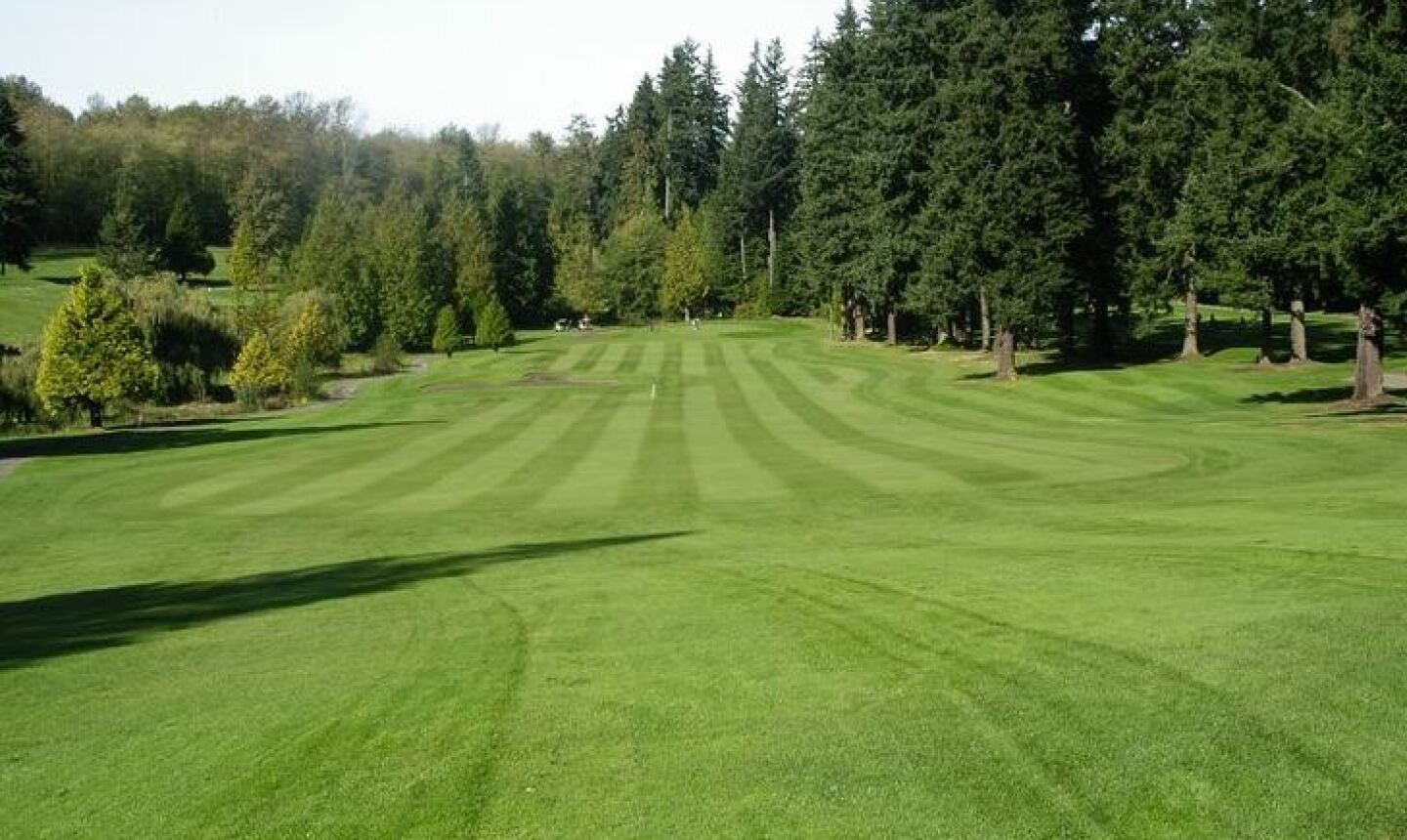 Vancouver received plenty of TV time as host of the 2010 Winter Olympics.

If you thought it looked pretty then, you really should see it in the summer months.

There's plenty of great public-access and private golf courses in this west coast city, so pack your clubs (and your camera). Here's a handy guide to Vancouver's golf scene:

There's something special about finding a memorable muni during your travels, and Fraserview Golf Course certainly fits the bill. Located about 20 minutes south of Vancouver's downtown core and with glimpses of the Fraser River, this traditional track is typically in great shape, no small feat since the tee sheet is usually jam packed.

If you're tight for time or just a beginner, the Stanley Park Pitch & Putt -- smack-dab in the middle of the picturesque park -- can be a blast. The longest hole is about 100 yards, so leave your big sticks in the trunk.

On the opposite end of the spectrum, heavy-hitters will find lots of use for their drivers at Northview Golf & Country Club, a 36-hole hangout in Surrey. Northview's Ridge Course -- designed by golf legend Arnold Palmer -- hosted the PGA Tour's Air Canada Championship for seven years, with the obvious highlight being Mike Weir's victory on home soil in 1999. University Golf Club is home to the B.C. Golf Museum & Hall of Fame, and you can sometimes take a trip down memory lane by playing a round with their collection of hickory-shafted clubs. Just a warning, it's not easy to find the sweet spot on a vintage brassie.

If your buddy or business associate offers up a round at their home club and the address is anywhere on Southwest Marine Drive, the answer is "Yes, please." Three of Vancouver's most prestigious private tracks -- Shaughnessy Golf and Country Club, a four-time host of the PGA Tour's Canadian Open, plus Marine Drive Golf Club and Point Grey Golf and Country Club -- are located within five kilometers along that stretch of pavement.

On the other side of the city, Capilano Golf and Country Club -- one of Stanley Thompson's celebrated works -- is another members-only facility that certainly won't disappoint. In fact, you might not find a better view of Vancouver's city skyline than the glimpse you'll get on the sixth tee at Capilano.

Whistler is worth the trip

Especially if you're a lover of the great outdoors, you've gotta get to Whistler during your stay. Located less than two hours north of the big city along the scenic Sea To Sky Highway, this touristy mountain town is best known for its ski and snowboard slopes -- Whistler was site of most of the alpine and cross-country events during the 2010 Winter Olympics -- but is also a top-notch golf destination.

Robert Trent Jones Jr. sculpted a true mountain golf course out of scenery at Fairmont Chateau Whistler, and with stunning views and plenty of long-ball opportunities from elevated tees, you'll hardly even notice the occasional awkward lie. Just a few minutes away but totally different, Jack Nicklaus spread one of his signature designs across the valley floor at Nicklaus North Golf Course, which has a reputation for always being in superb shape. Palmer's Whistler Golf Club was the original in this area, and the character of the course is still charming out-of-town guests. No matter what layout you're on, keep a camera handy because black bear sightings are common around these parts.

When Mother Nature is in a pleasant mood, there aren't many cities more beautiful than Vancouver. If you're a fitness freak, test your mettle on what's known as the Grouse Grind, a trail at Grouse Mountain that climbs 2,800 feet over 2.9 kilometers and includes a total of 2,830 stairs. For a more leisurely stroll, explore the paths in Stanley Park or walk along the seawall, where you'll have a great view as the sea-planes land in the harbor.

One of the coolest experiences you'll find indoors is the FlyOver Canada attraction at Canada Place, an eight-minute flight simulation ride that takes you from coast-to-coast across this fine country and offers a virtual birds-eye view of the Rockies, the prairies, Parliament Hill and Niagara Falls, among other sights.

And how about eats and drinks? With its oceanside setting, Vancouver has a load of great sushi restaurants. For a brew, head across False Creek to Granville Island microbrewery, where you can take a tour or just sample the suds. Don't miss the English Bay Pale Ale.

Greater Vancouver and the Fraser Valley (or as locals call the whole region, "the lower mainland") is chock-a-block full of great golf courses. Check out the amazing vistas from The Falls G.C. (awesome prices too). Pitt Meadows' Golden Eagle 36 hole layout (owned by the Aquilini family, who also own The Falls and a certain NHL team) also offers pretty views, fun golf and value too. Those are just two examples among many choices in the lower mainland. 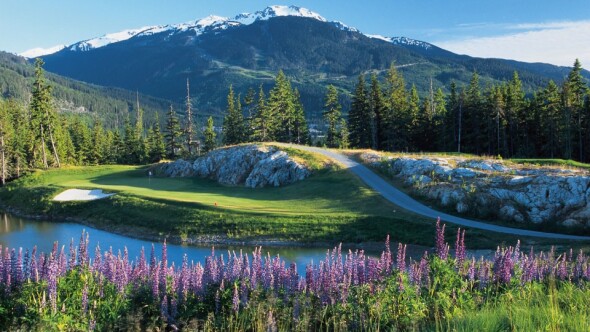 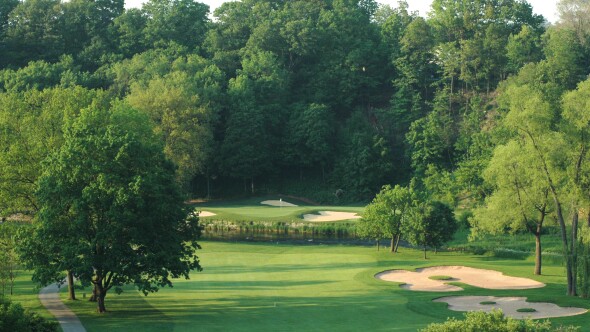