Nothing negative to say about this course, staff or facilities! Everything is Top Notch!

The course was in pretty good condition for November but the day we went, the course was really wet so it wasn’t great but we had a great time and the course is tight with some narrow fairways. It was fun. I will definitely be back.

Fairways and greens are all in great shape. Greens are quick and very challenging. No waiting on any holes. The grounds crew are always working to improve the course.

Nice course, fairways are fine, greens could be better.
Pace of play was great.
Carts need to be upgraded and updated.
Loved the serenity
Staff very friendly
Will play again

Staff was friendly and helpful. Day was hot but good pace of play and course was in good shape. Had a great round.

The course was excellent. The fairways great. The greens excellent. No bumps just see your line and putt. You may miss but not on account of the greens. I will defitley be returning to play

The best part of Patricia Island once you get past the great staff is the shots the course makes you hit. This is one of the only courses in our area that challenges you to hit every shot in your bag. The course is always in great shape. The whole staff is great to work with and happy to have you there playing. It is worth full price but at the price of the hot deal it is a steal.

Huge letdown. For the price of the round, the online website advertisement, and reviews I was expecting much more.

First, I will say the staff were friendly and accommodating and that's why this review gets 2 stars, instead of zero. However, if you are taking a boat to the course I would suggest they add a sign or two on the dock to identify where to park. Having an employee waiting in the trees with the cart instead of on the dock makes it impossible to find.

Now, let's dive into the course conditions. They were that of a muni course you could pay $20 (if that) to ride on a weekend morning.

Right off the bat, you can get a feel for what you're going to expect by the practice areas. The driving range hitting area is basically just a mowed down pasture. You're hitting off a patch of grass that is probably worse off than your backyard. Then stroll on over the putting green where you will find a green that went through aeration a little over a month before we played, but bounces your ball around like it was done last week. Not much better when you get on the course either, good luck trying to line a putt up.

Then to the course. The drainage on the course doesn't exist, you think for what they charge for guests and members they would invest in some drainage systems. It barely rained two days before our round and it was a swamp on most holes. Don't wear a new pair of golf shoes, or you'll be ruining those after this round. Tee boxes were in decent shape, just similar to that of the driving range with general Bermuda. Bunkers were raked and didn't have standing water in them, which was surprising. The rough consisted of high weeds and what looked to be an attempt at US Open rough conditions, but could be because they can't mow due to zero drainage. I will say the layout of the course is fun/challenging. I thought the course played tough, and required some thoughtful shots.

I'm okay with playing public courses that are honest with their pricing. There is no way that Patricia Island should be anywhere near the cost that they are charging. Hopefully they can re-evaluate their pricing, but that's not going to happen. Maybe by reading this review I will save you some change in your pocket to spend that elsewhere. I would highly recommend paying extra to go to Shangri-La if you care anything about playing conditions.

Unusually cool day with occasional sunshine. Fairways were damp from recent rains with a little water standing. Condition will improve with an expected break in the rain.
Greens were in great shape and well groomed. Booking with Golf Now got us on for half the regular price.
If someone is looking for a home course and lives in the Grove, OK area I would recommend you take a membership here. There are many additional amenities for members like a full service restaurant, tennis courts, and swimming pool. This is a true family country club.

Very wet with standing water throughout fairways and bunkers. Poor fairway conditions. Most greens in good shape. Very slow pace of play on front 9 with 6 groups stacked up waiting on 4-some that were slow playing greens like they were playing in the Masters tournament. Back 9 with better pace following a different group after taking a long break for lunch. 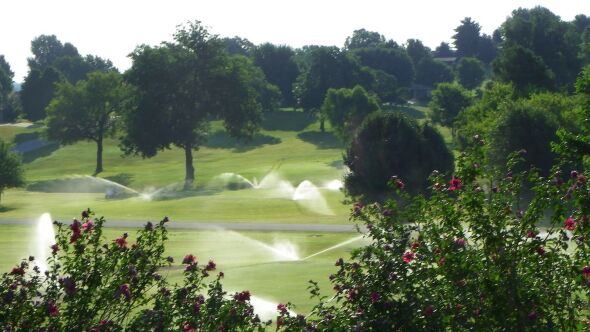 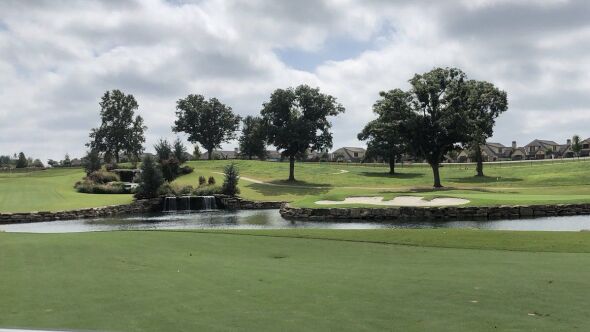 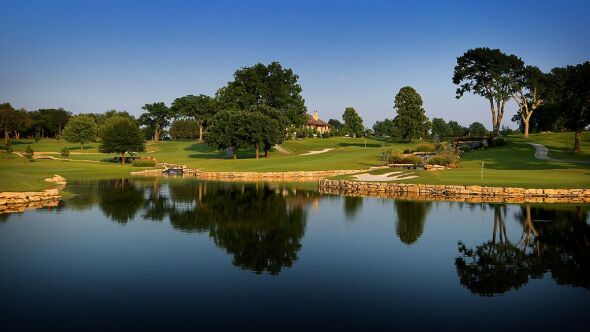 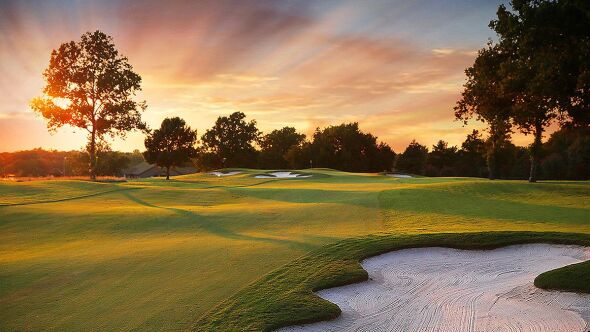 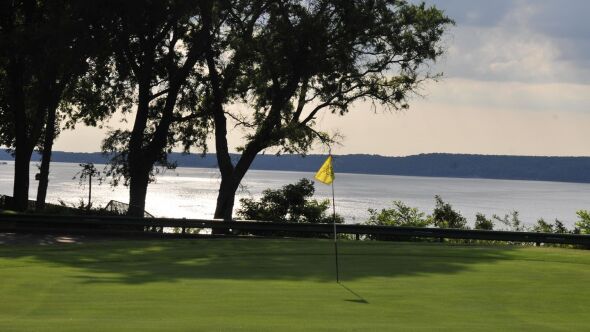 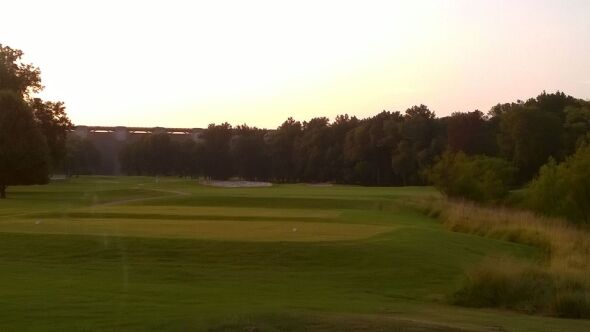 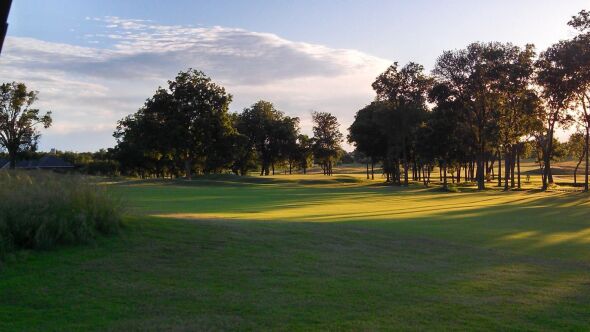 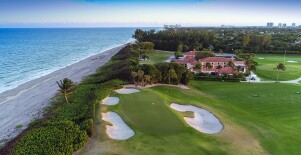 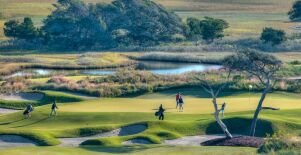 May 2021: Secrets from the World of Golf Travel 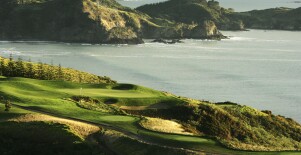 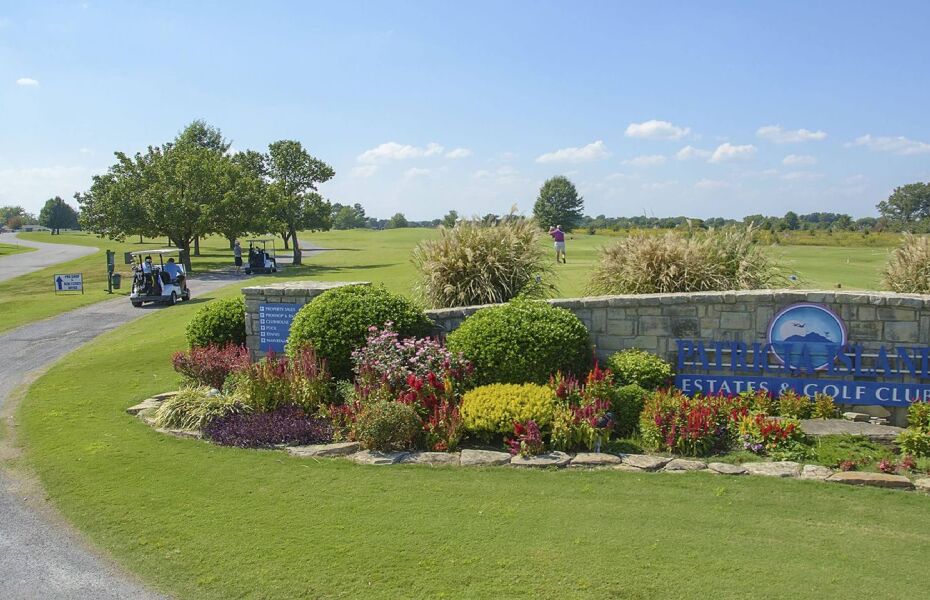 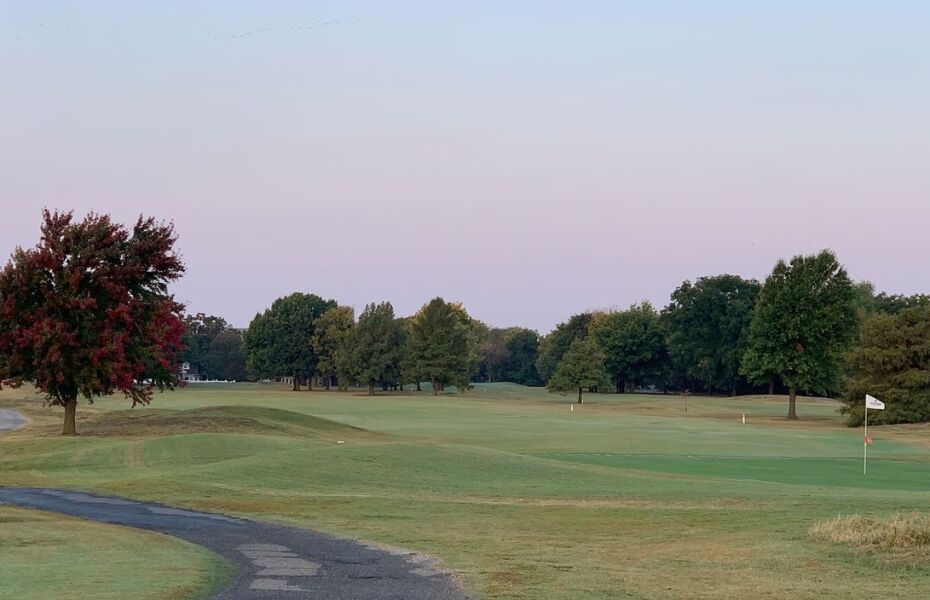 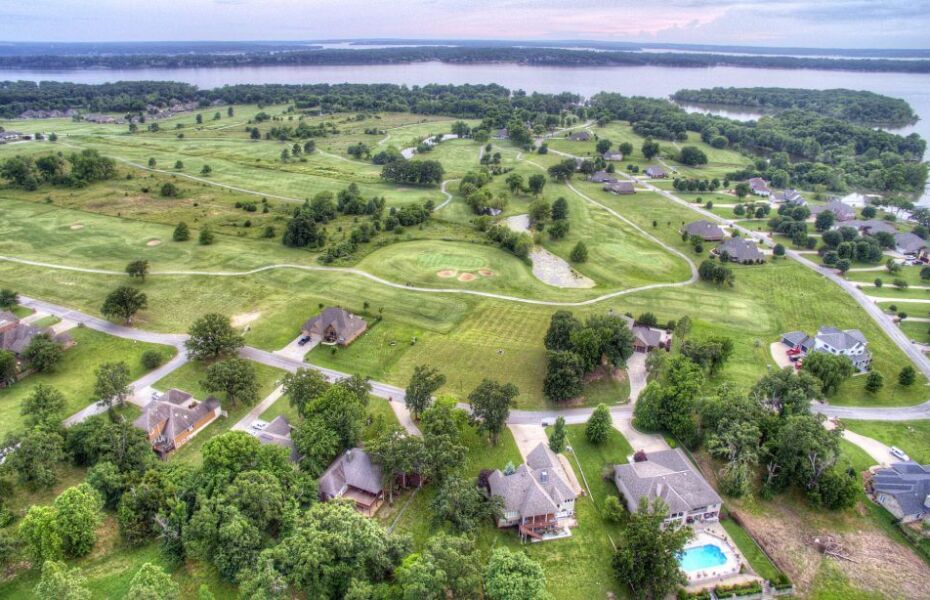 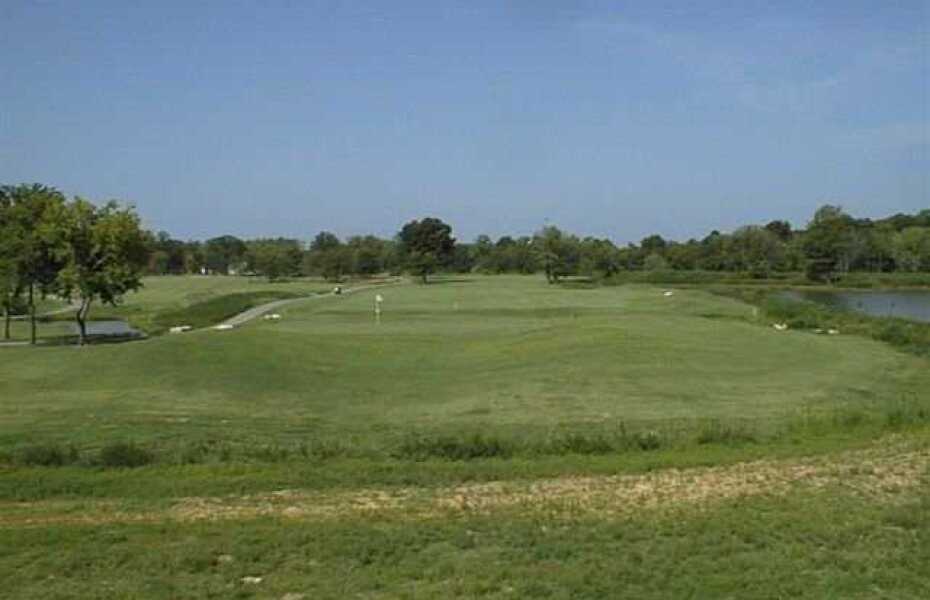 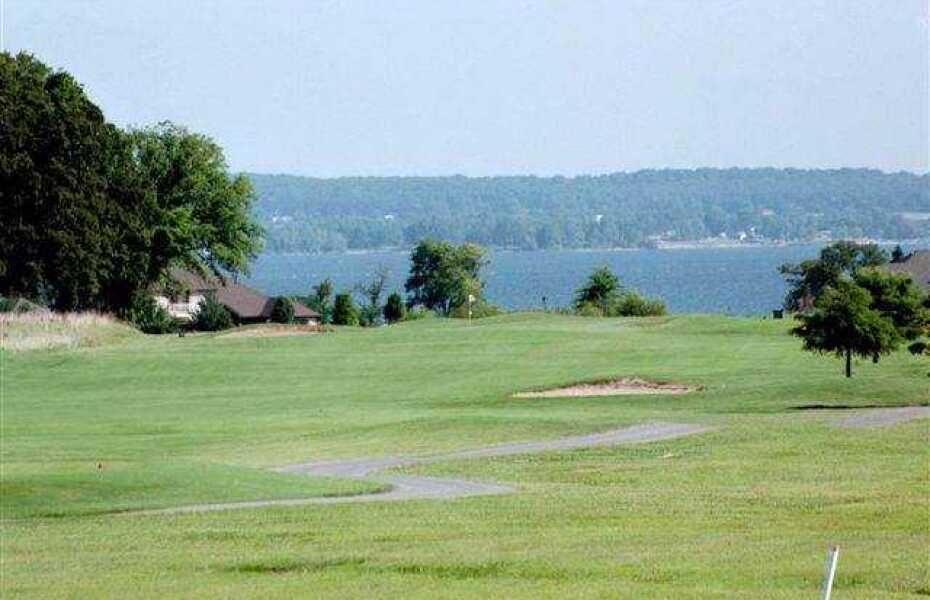 A view of the 1st hole at Patricia Island Golf Club 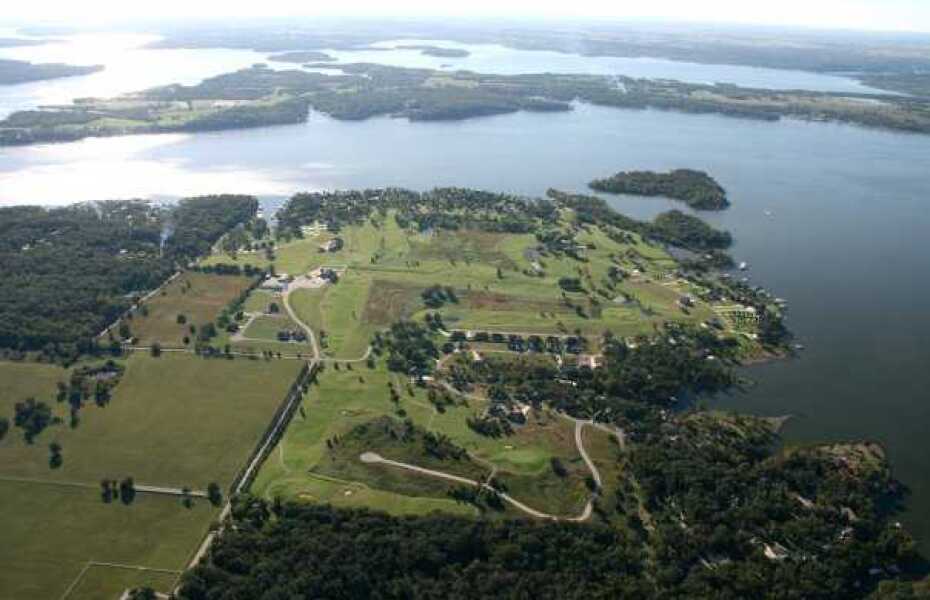