Edgewood in Big Bend boasts two different 18-hole courses, the Oaks and the Pines. There is something for everyone no matter what skill level you are since the more challenging Oaks Course is perfectly complemented by the more forgiving Pines Course. The Oaks is routed through a diverse landscape of rolling hills covered with mature forests and lakes. It also winds alongside the Fox River. Water hazards come into play and there are also strategically placed bunkers to contend with. Tremendous emphasis is placed on accuracy on this golf course, but it is not too punishing if your shots are slightly errant. The course stretches to 6,800 yards from the back tees. A cart will be required on this golf course but the flatter, shorter Pines Course is much more walker friendly.

The 19th Hole is Great For:
Drinks 12
Course Challenges Include:
Water Hazards 24
Elevation Changes 18
Bunkers 17
This course/club is great for:
Wildlife/ Scenic Views 19
Advanced Golfers 16
Locals 15
This Course's Location is:
Worth the Drive 19
Convenient to the City 8
In the 'Burbs 8

Currently sitting on the 18th tee box and waiting…again. I got an early tee time before the mid morning rush to get a round in as I tend to play quickly. I played the first 12 holes fine in my regular pace. I came to the 12th tee box and hit a foursome - the final group in a league that the course thought it would be good idea to send off the back nine. This is unacceptable not only to send a league off as people who started their rounds early are making their turn, but also not enforcing any sort of pace. It has taken 2.5 hours to play six holes. Will not be back.

Had a 12:40 tee time on GolfNow. Pro shop rudely told me my time was 12:50. Played at 12:40 Pace of play was slow. Wish people would understand it is Nov in WI and be happy to play so 4 practice swings, etc is not necessary. It's not the Masters! 4 some in front of us was unbelievebly slow. Think they were playing a scramble with the case of Spotted Cow they loaded in their cart before teeing off!!

The only knock is directional markers and yardage markers which are lacking in several areas or difficult to locate on course. They would be appreciated by those not familiar with course layout. I would recommend this course to any of my friends or family but let them know this ahead of time until they address it.

This is tough to write because I have been golfing at Edgewood for the last maybe 6 weeks, 1 to 2 times per week. My buddy and I scheduled a tee time for 6:50am this (8/15/2020)morning. We were paired with 2 others, and they were really cool and nice. We arrived on time and teed off on time. We were never informed anything about a league starting at 7:00am. There were 8 league groups, in a row, behind us. Each of them have their own individual carts, are very good, and play SUPER fast. They were pressing us heavily the whole time, teeing off before they should have and hitting their balls right behind us, while we were hitting our approach shots. It was very hectic. None of us 4 are great (probably mid-90’s - low 100 golfers). After 9, we went to the clubhouse to each grab a drink and hot dog. We waited in line and the bartender got the 3 others in front of me, but then league golfers came in, so she helped 5 league people who were behind me and passed over me. I waited for almost 15 mins to get 1 beer and a hot dog. The league golfers were telling us we didn’t have time to get food or drinks, that we had to hurry up. Our front nine took under 2 hours, so it wasn’t like we were going crazy slow, just trying to enjoy a Saturday morning on the course. As we got to 10, the ranger said we had to speed up. So, I was already frustrated with not being informed league was right behind us, the bartender skipping over me to help all the league players who walked in minutes after me, then being told I don’t have time to order a beer or hotdog, the getting to 10 and telling us that we had to hurry up. So, I decided to sit out a couple of holes. I ended up sitting out the full back 9 to help speed up and honestly I was frustrated at the way everything had been handled. I walked into the clubhouse afterwards to just inform someone and was told by someone at the pro shop “too bad”. I didn’t ask for a refund or credit, bc that’s not what I was looking for, I just wanted them to know the situation. It was utterly ridiculous.

1) You have 36 holes, why book people 10 mins before league and not even inform them when they book? Give a little longer window before league golfers who are in their own, individual carts and are probably at least a little better than the average player.

2) Most courses won’t schedule people right before league golfers. You have 2 - 18 hole courses, can you not at least schedule 6am-6:50am tee times on the other course just the morning of leagues?

3) If you are adamant on booking a group in the 10 min slot before league, can you at least inform people if there is a league starting right behind them? - We would have happily chosen a different tee time, because we wanted a nice, enjoyable Saturday morning on the course.

3) I understand if people are taking 2 1/2 hours for 9 holes, then they need to step it up. The group in front of us was not ahead of us either, so we really couldn’t do much to speed it up.

I had always loved this course. I drove further to come to Edgewood because I really liked the courses. I have been coming 1-2 times per week this summer. I am honestly not sure if I will be back to this course, as there are plenty of others around. I know for sure I will never be back on a Saturday. There is no excuse for treating customers the way we were treated today.

u341337688
Played On 08/10/2020
Reviews 2
Skill Intermediate
Plays Once a month
I Recommend This Course
5.0
Verified Purchaser
Previously Played

Only bad hole me and my partner came across was the 4th hole on the front 9 where half of the fairway is just mud... other then that course was great! Greens looked awesome!

I used to love this course ,beautiful surroundings.
However I was shocked to see totally neglected course condition from teebox, fairways to the green...Unreal...it's a shame they let this beautiful course to be ruined like that.
Not to mention bunch of young kids just passed us without even asking and start playing front of us and it was really slow moving...

The fairways and tee boxes were generally in rough shape. It hasn’t rained in a bit and there was still standing water in places but much of course, including fairways, was rock hard. The greens were in decent shape and pins were placed in difficult positions when we played. Pace of play was very good but mostly because course was pretty empty. Would much rather play the Pines course but thought I’d give this one a try.

We played the Oaks Course. They need to do something for drainage affecting the holes that end up under water. Several were in very rough shape.

Course hand some flooding damage on several holes. A par 5 was playing as a very short par 4 length.
Not the courses fault that we could only get 16 holes in fuel to severe weather. But, very disappointed that when we were on the fifth hole, far from the club house, that there were serious lightning bolts all around us but no warning horns alerting golfers of danger.

Great to play golf in December. Course is getting some much needed maintenance. Hope winter isn't too brutal. Looking forward to playing here in 2021. 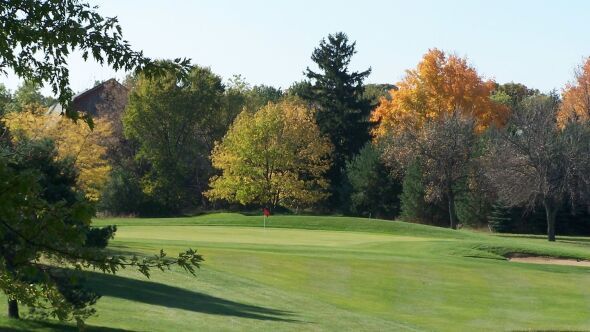 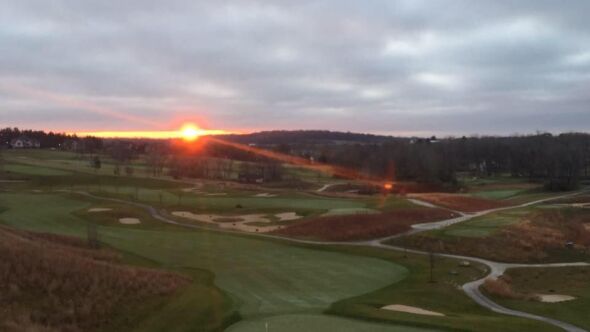 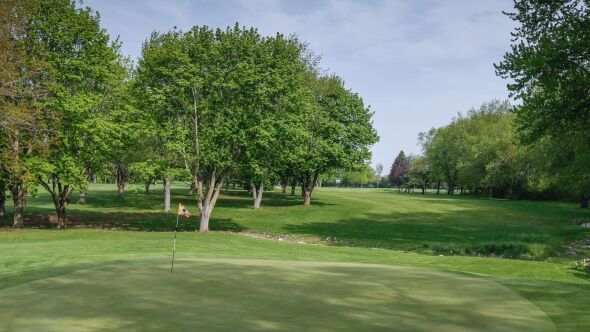 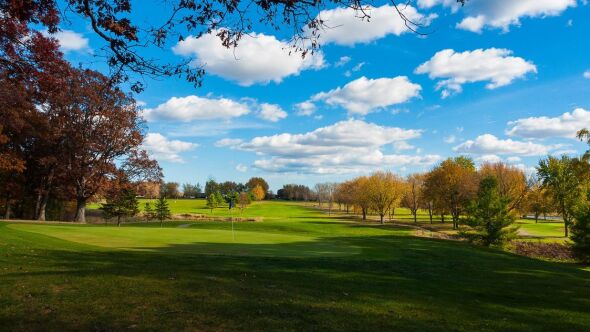 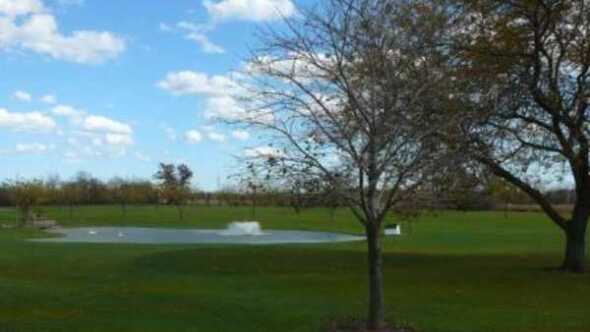 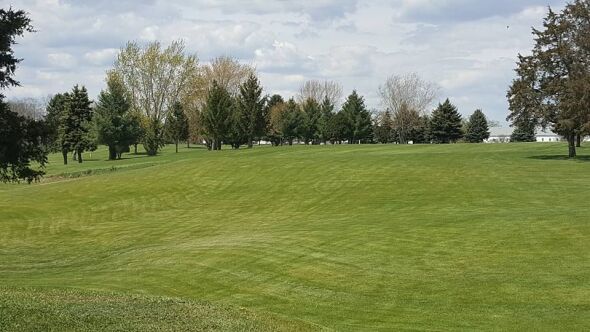 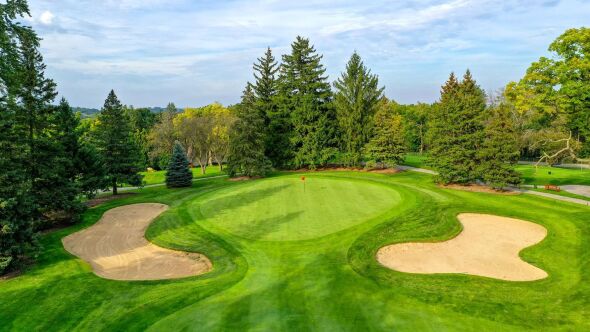 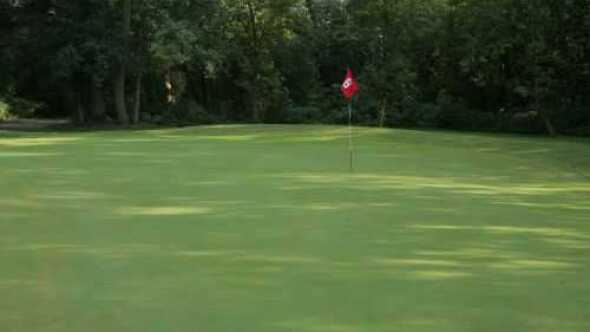 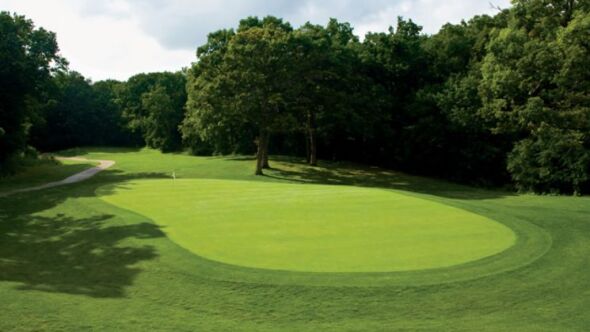 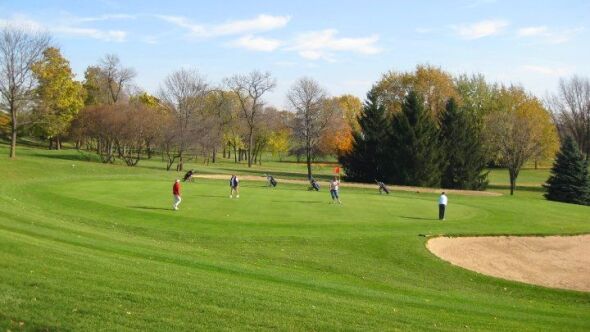 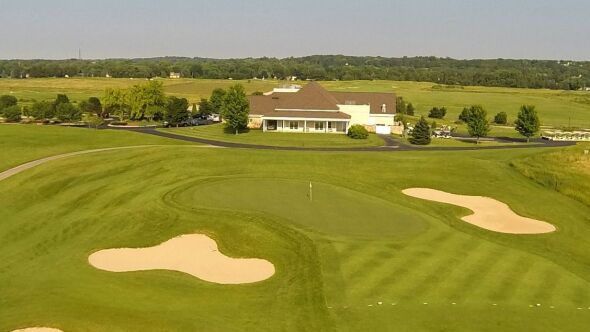 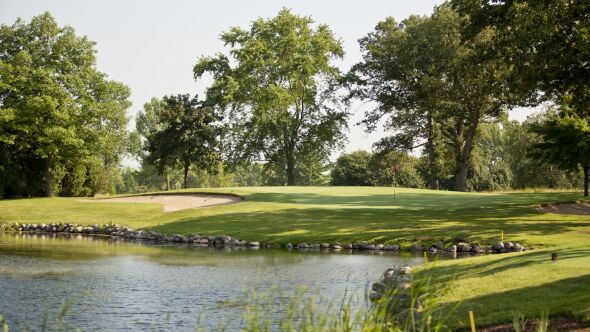 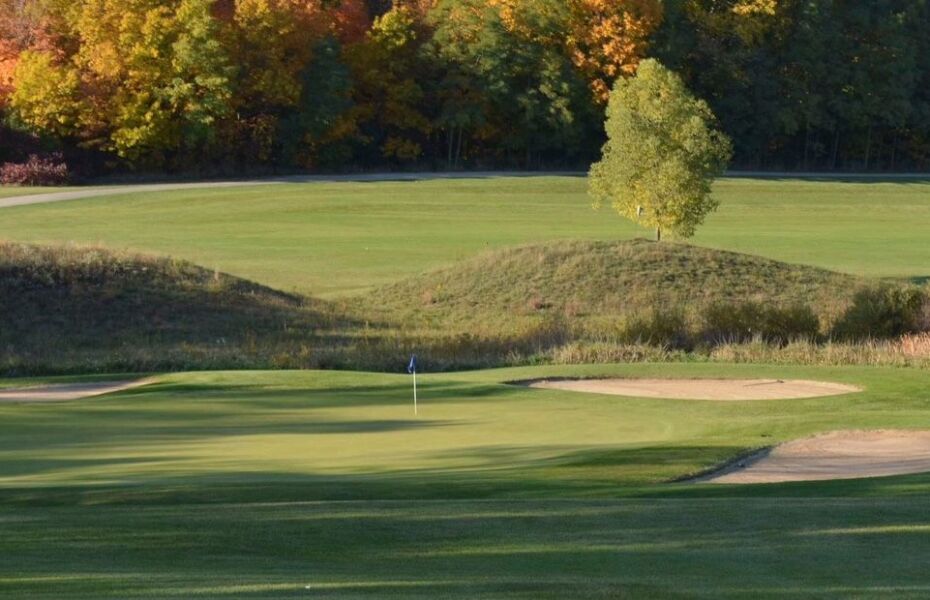 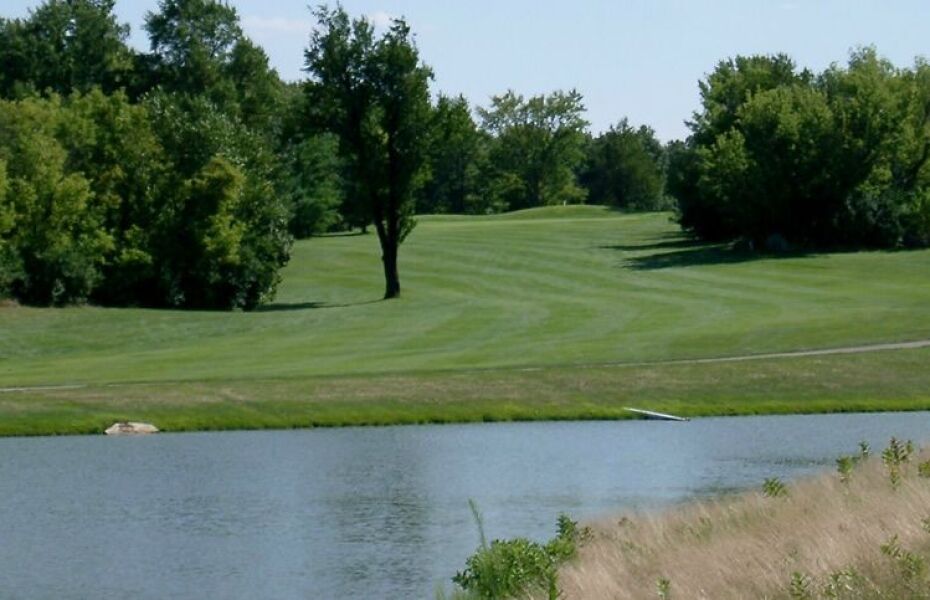