HIlls and uneven lies everywhere....even on the fast greens

Don't be dissuaded by the headline, just be forewarned. NorthRiver is a hilly course with uneven lies on almost every hole. I know I was fortunate to find some level lies (#2 is fairly flat) at some landing areas but for the most part, rolling hills, elevations changes, and elevated greens await you.

As for yardage, there are 5 tee locations so you can have your pick -- there is even a Blue/White combo. Length is not what will bite you at NorthRiver. It will be the lies and the greens.

I found the greens very fast. Conditions were perfect (on greens and fairways) but there are green tiers and breaks that will make a good putting round a premium. For example, the par 4, 14th is a fairly average hole at 348y. The second shot is severely uphill to a green with a false front. I hit my second just on but it backed up to the fringe. I could see the putt had a severe break, both uphill and to the left. I thought I played enough break but no, it veered left and off the green again. At least this time it was closer to the pin and after three more putts -- a 4 putt hole scoring 6. I'm not complaining, it is just something you need to be prepared for when you play the course.

I thought the NorthRiver name might take a few holes along Lake Tuscaloosa but it doesn't. There are still several holes where water comes into play with my favorites, the par 3 #17 and par 3 #6 (see the photos).

A nice course to play and a very peaceful setting but don't be lulled to sleep because the lies and the greens will get you.

One of the better courses in Alabama

It is always a thrill to be able to get on this private track that includes the University of Alabama's head football coach Nick Saban among its' members. First, a note about the clubhouse and its' surroundings: the structure itself is an homage to a Japanese pagoda. It is equal part museum, with art from around the world. There are many statues of animals, including what we were told is the largest bronze elephant statue in the world. Additionally, don't miss the statue of Neptune (or Poseidon), which serves as the club's logo. This is a classic style course that ebbs and flows through both heavily-wooded areas and open terrain. The original design was by Gary Player, but Bob Cupp redesigned it in 1997. In 2015, the course changed to TifEagle Bermuda greens, and while still a bit firm, they are maturing as expected. Just allow for a bit of release on approaches. The first hole is a classic hardwood-lined, shortish par 5 with a rolling fairway and a downhill approach to an amphitheater green. From there, the course opens up to a windswept three-hole stretch with hardly a tree in sight. The fourth hole, however, heads back into the forest and is a short, downhill par 4 that is an excellent birdie opportunity, provided you can avoid the two cross bunkers off the tee. It is one of the best holes on the course. Next up is a picturesque par 3 on a peninsula green fortified with a beautiful rock wall. The par 3s really stand out here. The front nine concludes with a true three-shot par 5 and gives way to another par 5 to begin the back nine, which is one of the more unusually designed, but better shot value holes on the course. The 10th fairway is seemingly 100 yards wide, but the hole moves 90 degrees to the left, so a driver or 3 wood for better players will probably run through the fairway, leaving you blocked out. Finding the fairway makes you decide whether to go for the green, which will likely call for a long iron with a bit of a fade to avoid a well-placed hardwood just waiting to knock down even the heartiest of shots. No. 13 is a driveable par 4, but do not go long! The greens on 14, 15 and 16 have a tremendous amount of slope to navigate, putting par in jeopardy. The par-3 17th would blend in on the finest old-line clubs in the Northeast. Take a moment to let the view soak in. The closing hole seems benign, but don't flirt with the bunkers on the inside elbow of the 90-degree dogleg left. Play straight away off the tee, even if you run through the fairway. Take plenty of club on the second shot, as it plays longer than appears. While not very long, this course puts a lot of pressure on accuracy off the tee and puts a premium on second-shot club selection, due to the extreme elevation change, particularly on the back nine. 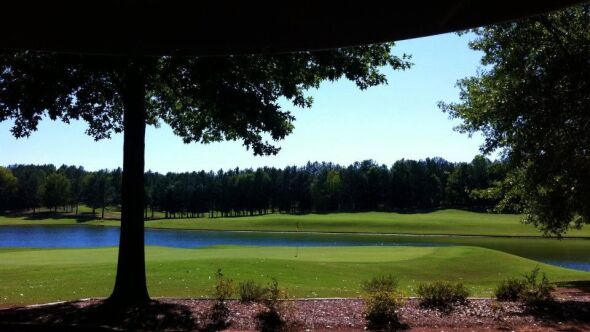 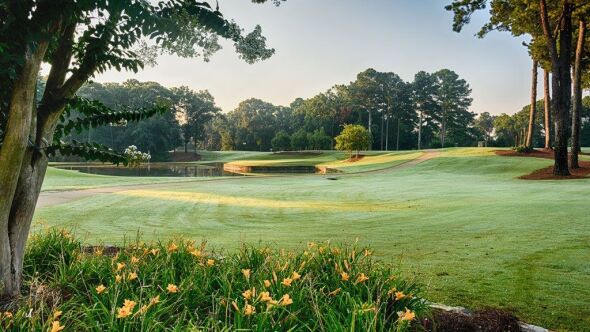 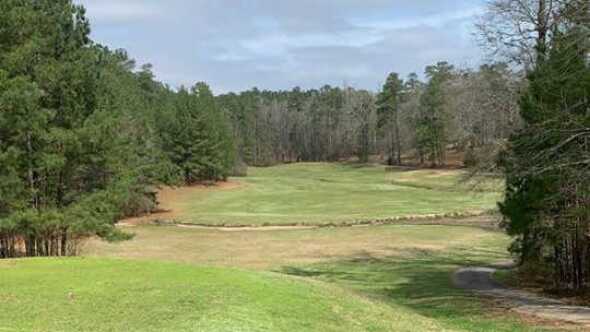 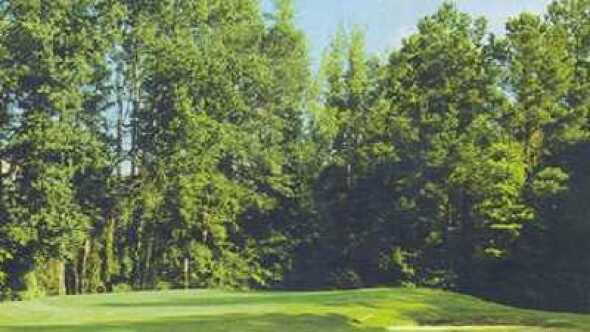 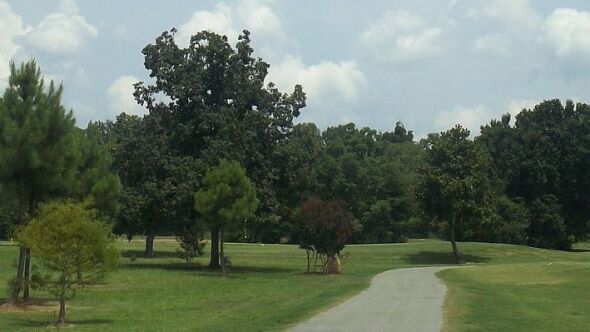 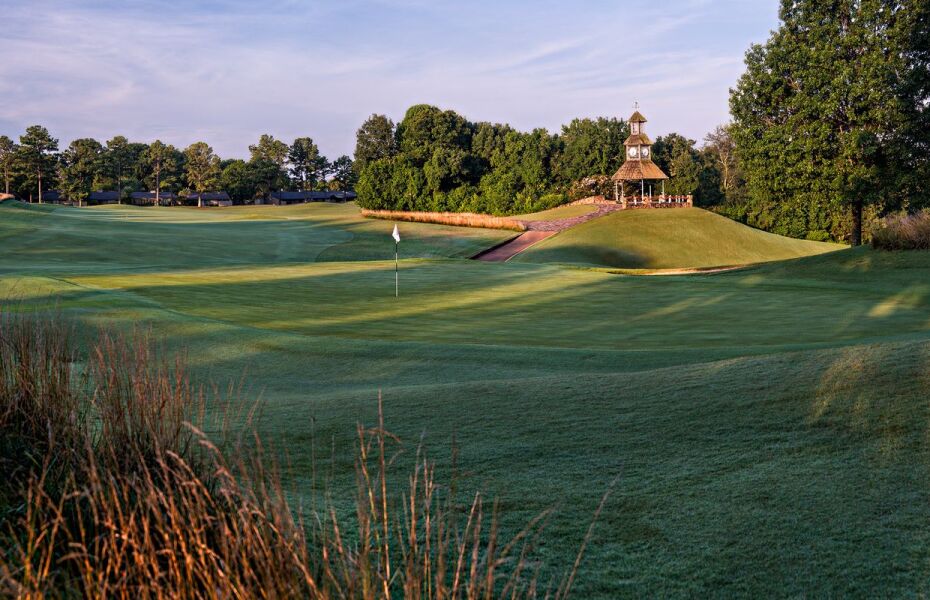 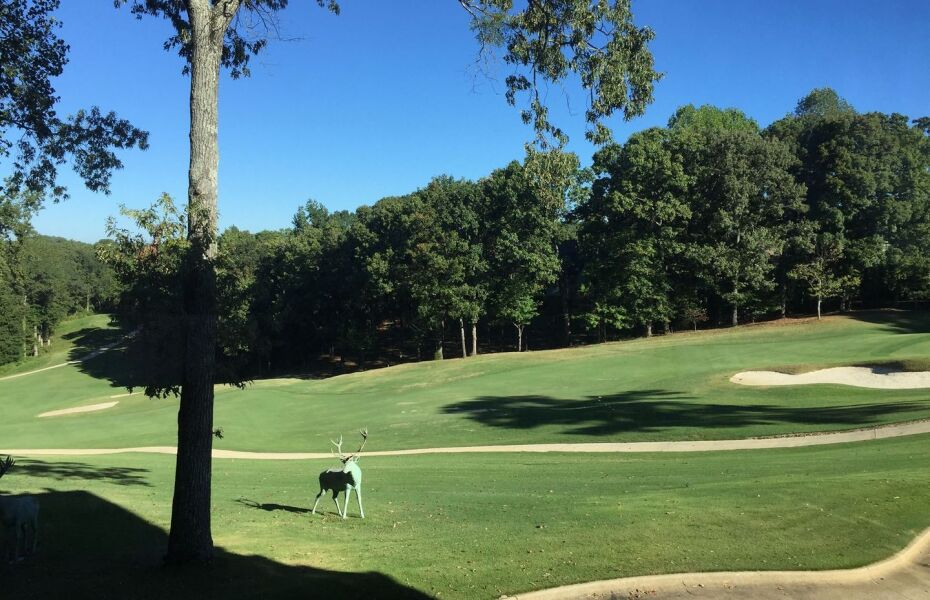 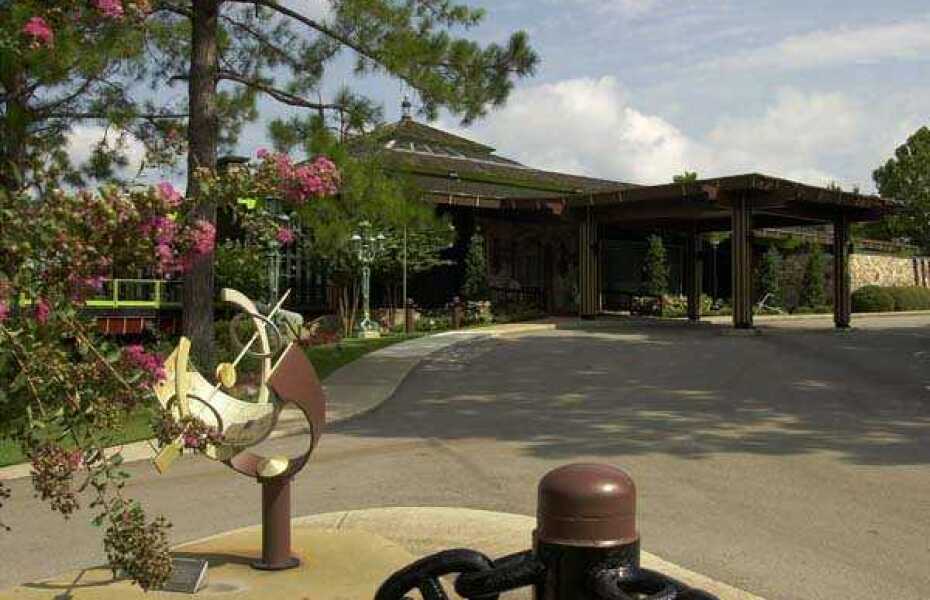 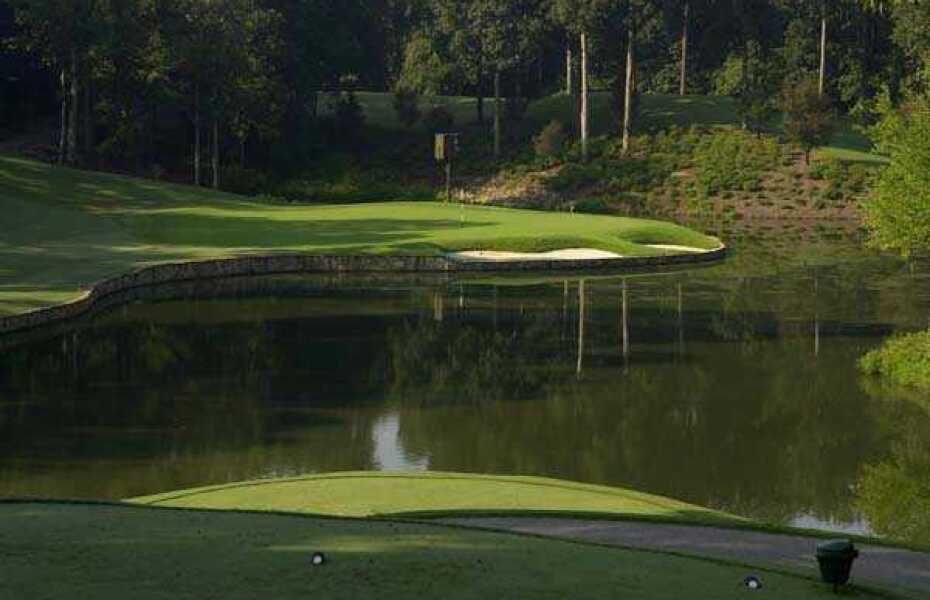