The Links at Lake Erie

Course Challenges Include:
Water Hazards 8
This course/club is great for:
Locals 9

They are working on improving this course. I played here a couple of yesrs ago and conditions were much better this time.

This course changed names and ownership.
Many changes and golf advisor should look into the new updates.

What a joke. Made a tee time at 7:45 today and got there the gate was closed. While waiting across the street had a guy pull up and tell us he made a 745 yesterday and they didn't show up till after 8 so they told him to come back today at 745. What a joke of a place. Close and sell off the land

Must be Out of Water

I have played this course the past 3-4 yearsand today was a nightmare. There was no green in any of the fairways! Everything was brown including the tee boxes. None of the bunkers were raked and the greens were not cut.

Be careful, they cancelled the tee time last minute (1 hour prior to tee time) without warning. Unreliable!

Course is in terrible shape!

I was looking to play some Father's Day golf and was able to get a hot deal. Our tee time was at 1205, we arrived at 1145 but they had no carts remaining. We waited until about 1215 until carts came in and teed off. The first 3 holes were terribly slow because there was a 7 some on the course. Because there's no ranger, I called the clubhouse to inform them. Their advice was to "go up and talk to the guy and ask to play through because it's one of the managers." On top of this, the course was in awful shape. It didn't even look like their irrigation system was working. The course was dried out everywhere, several of the greens were cracked. The sand traps are a joke, they're basically rocks, I moved the ball out of it for fear of damaging my clubs. Based on this experience, I would never play golf here again

The course was nice but the greens were in desperate need of water. If they took care of the grass a little better it would be an awesome course. I would definitely play it again though. Especially for the $10 price I got on golf now.

The weather was great, the greens were in great shape and very fast, fairways were perfect for November and it is a links type course so there were not many leaves on the ground, a great time was had buy all.

I had made a reservation for 8 am on golfnow but was sent an email telling me there was an outing starting @ 9 an I should come earlier. I made adjustments and got my 18 holes in without being rushed or disturbed. Too bad I didn't play that well, haha

Very open, and easy course. Play only if you are looking to score well and play quick. Best part of this course is the greens. Big and well kept but boring after a while, all about the same size and shape. Hole 3 has a whooping 10 yard wide fairway and all greens had super thick rough around the greens, no fairway to green transitions so don't plan on being able to bounce or run it up, it's flying it or getting stuck in the thick rough around the greens. 1st time and last time playing this course, not even a challenge from the tips and in 25 mph Winds.

carts and cart paths are terrible. course was ratty. cart was backfiring after I exchanged the one I had. Greens were good.

Being stationed in Monroe for the last few weeks, my coworkers and I got tired of going to River Raisin because of the slow pace. We decided to come here and got a great deal on golfnow. For the money, it's hard to complain, but at the same time, I don't think I would come back. The grass was way too long before it was cut, so there were long clippings everywhere on the fairway and even on the green. If you missed your shot at all you were lost or in trouble, which was kind of annoying but I guess that is part of the "links" style. The area around the green was in poor shape and if you didn't hit the green on your second shot but instead went on the fringe, you had to look through clippings and a way too high second cut to find your ball. Extremely friendly staff and there weren't a lot of people on the course so it was nice not being rushed or waiting behind a slow group. Good place to go on a lunch break when you just want to golf - you can easily get 9 in. Just keep it on the fairway or good luck finding it. Maybe the courser conditions aren't always this bad. They were when I played though.

It's a fun layout with lots of birdie opportunities. Conditioning was respectable but the greens were like putting on Velcro. However for $22 with a cart on a Saturday afternoon I can not complain about value. We also got around in 3 hours as a twosome so that's always makes for a nice round.

My 1st time at the course. Booked at 11am on a Thursday as a single and played in under 3 hours.
Tee boxes and fairways were in good shape. Greens were fine and rolled true. Perhaps a little slow in spots but generally even speed throughout. Smaller greens had quite a bit of tilt, large greens were flatter.
A fair amount of water and course does require accuracy off many of the tees.

Course was in good shape. I measure a course not only by its scenery and layout but most importantly how well it is maintained. The greens were in pretty good shape. Fairways and tee boxes were pretty good. My only complaint was the amount of goose feces.

This course would be absolutely beautiful and I would have really liked it very much had it been in better condition. Some of the fairways were in pretty poor shape and the greens were absolutely terrible. There was so much sand on the greens it made it almost impossible to putt. At the end, I was just picking up my ball once I got to the green because it wasn't worth the frustration. On a different note, the staff was very friendly, I got out on the course quickly, and the pace of play was fast. I played this course on a "Hot Deal," so I guess I can't complain, but I would've been unhappy had I paid the normal rate, specifically becasue of the conditions. I was also unhappy that the range was closed when I arrived at 3, because it was advertised it was open quite late into the evening. I would not recommend playing the course in the current condition. If the conditoin of the course was better, than yes.

Its not a bad course but the greens r the worse I ever seen. They were like a sand box. We went out early everything was still wet. It was like putting at the beach a ring of sand would build up on your ball going to the hole.

very nice for the price

I have played here a number of times and I have enjoyed it each time. The course was in good condition and not very busy. This time, I played by myself and so i was able to complete the round fairly quickly. I would definitely recommend this course.

Great course at a great price

I played on Sunday afternoon. It was not crowed and the pace of play was very good. The course was in pretty good condition. The greens were in very good shape except for some not repairing their ball marks. I would highly recommend this course. 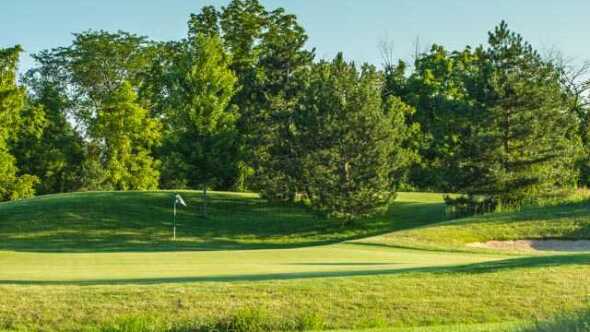 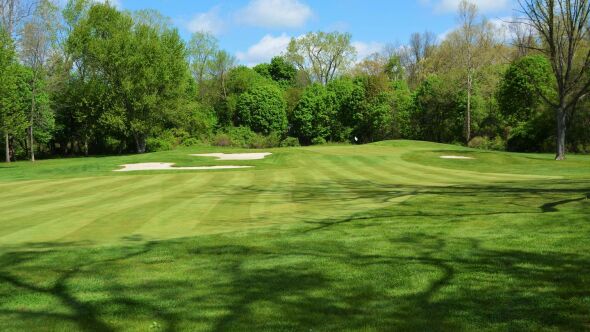 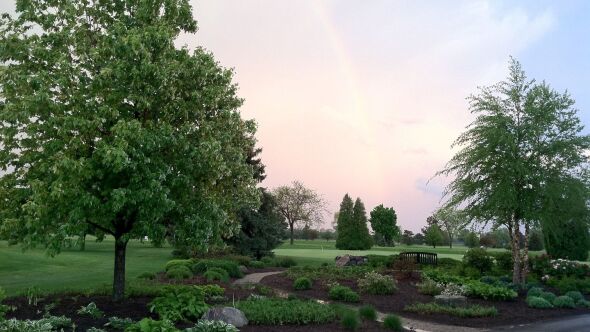 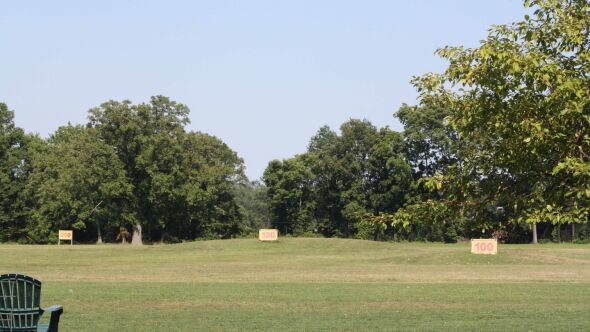 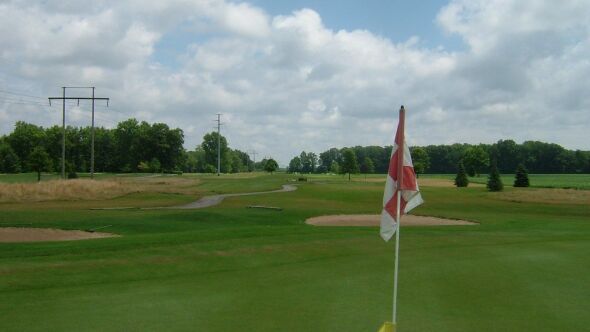 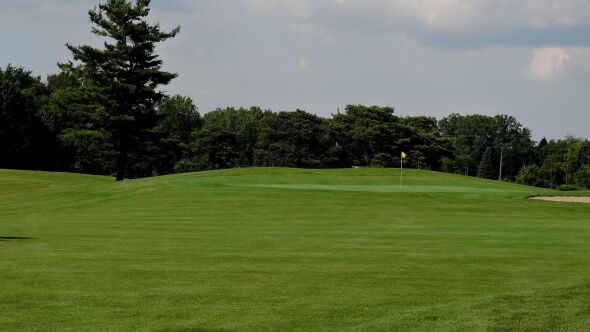 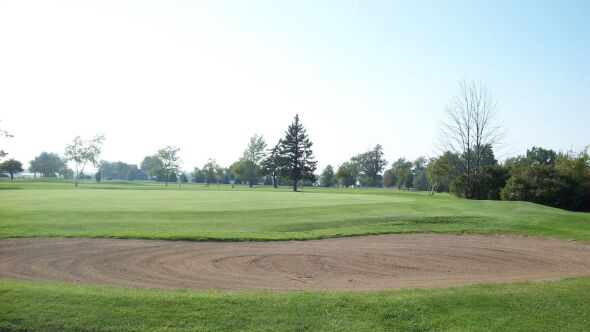 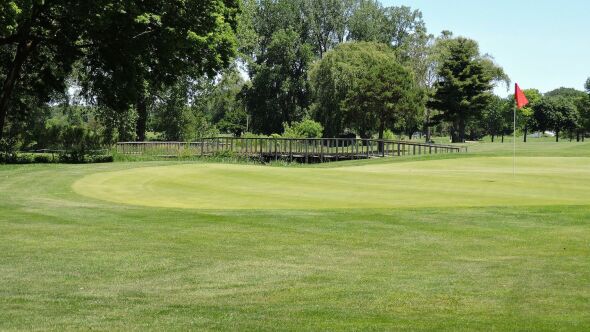 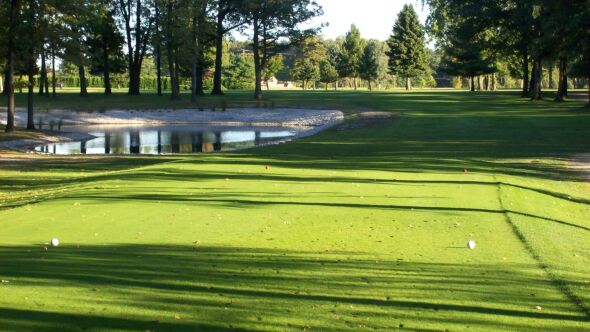 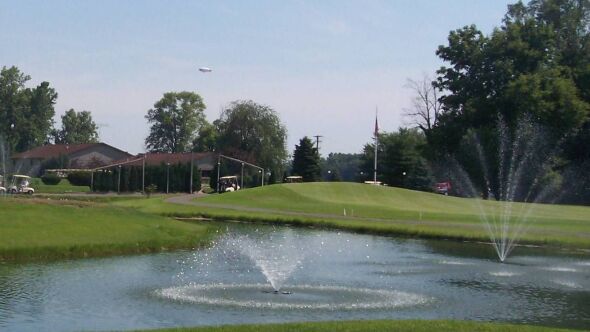 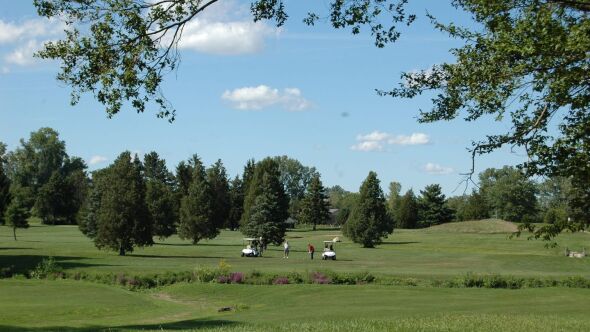 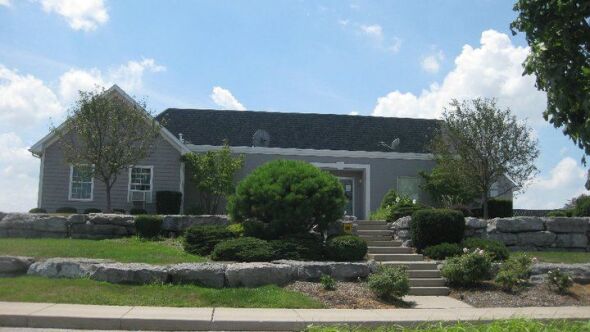 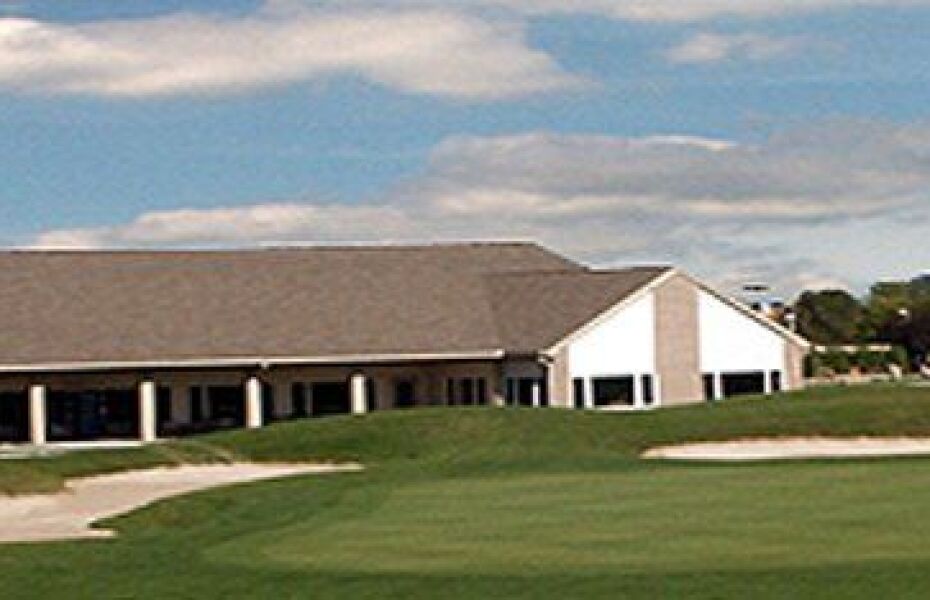