Bring Your "A" Game

Diamond Hawk is a very difficult course. It is in solid shape from tee to green, playing very firm, and you need to play it a few times to learn where to go/miss and get the feel of the contours on and around the greens. There is very little margin for error in the form of rough around the course. If you miss that, there is a lot of sand, fescue, and thicker brush/woods waiting to collect your ball. If you do not play the right tees, and strike the ball solidly you'll likely be in for a long round.

So why 4 stars? It's the other details around the course that made me knock it down. The staff was grumpy at best. I was sent off as a single at 1030 on a Sunday morning, behind a 3some rather than get paired up with them (they let me join on the next hole - but still why didn't the starter do that?). The cart had a GPS system in it that was very little help as it only told you the distance to the green and nothing else, and it constantly beeped if you were in the wrong place. On several occasions, this included the thing jerking the cart to a fast stop and telling me to return to the cart path while I was already on the cart path. And once it started beeping it didn't shut up until it decided it wanted to. Nor did it work on the 1st/18th holes at all. It was also very hot today, and there was no water/drinks available anywhere on the course (nor a bathroom on the front). When the beverage cart girl passed us it was on the 9th and 18th greens, so that was no help either.

All in all it's a solid course, and it'll give you a good challenge. I'll give it another go when I return to the area.

I played this course twice recently, and I will NEVER be going back. The course is in good shape, has a nice practice area, and the cost is reasonable. That is why I gave it a second shot. The laundry list of AWFUL starts after that.

One thing that is extremely annoying is the golf carts. First outing was a busy Saturday and the course was packed and playing slow, we played right along with the group in front of us, but the cart GPS beeped the entire round letting us know we were behind pace. There was no way for us to play faster, and no way to stop the cart from constantly beeping. The course must be consistently overbooked because that day, a group in front of us quit after 1 hole and a group 2 behind us quit after 3 holes.

The carts will also automatically shut down when it believes you are somewhere restricted. There is water on the left on Hole 14, we were driving along the right rough and the cart shut down. The message was that we needed to be 10 yards from the hazard. We were at least 40 yards away. Any further and we would have been driving in the sand traps or fescue. Golf carts with GPS should be a benefit, but everyone I golfed with wished we could turn them off.

Things only get worse when you get to the turn, be ready to wait for a half hour, even if you call ahead on Hole #9. This happened both times we played. The person at the counter is extremely slow and didn't start cooking any of our food until we got to the counter. What is the point of calling ahead? How can a hot dog take over 20 minutes to cook? Even if you were ahead of schedule before the turn, you are not anymore... And don't worry, the golf cart will let you know CONSTANTLY!

I have saved the WORST for last... On Friday 8/18 my group of 8 was there for our annual get together. We all live busy lives, and only get to golf all together as a whole group, once a year. After the debacle at the turn we were 15 minutes behind pace. By Hole #14 we had worked that down to 7 minutes behind. The ranger came by to tell us that if were were not done by a specific time we would be kicked off the course. They had a tournament starting at 4:00 and needed us out. How poorly run does a course have to be, to not tell us about that when we booked our tee times? You are running at such a tight schedule, that a group 7 minutes behind might be forced to abandon a round?

Two guys in each foursome were out of the running to win that day, so they quit golfing so the group could rush to finish. All together it was an awful experience for all 8 of us, and we will be golfing ANYWHERE ELSE in Buffalo from now on.

Was finally able to get out and play Diamond Hawk, which is fairly new. Really enjoyed using their driving range, which is one of the best in western new york.

Teed off during the late morning with a foursome, so pace of play was mostly average, but some stoppages were a pain. The front nine was extremely difficult, being a combination of fairly long and very tight. Must have lost at least 10 golf balls over the course of the day. Greens were in good condition, not too quick but by no means slow.

Very tight on the front nine, but the back nine opened up more, and was a much needed relief. Staff was very friendly and inviting, struck up pleasant conversation with employees. Overall a very enjoyable round and will recommend to others.

Less for the money

While the course is a half way decent course, they obviously they never checked their competition. There are several course around WNY & S. Ontario, that are on par with or better than this course. Most of which cost at least $10 or more less than this course, As far as the course goes, the best part is the greens. They also have some very difficult holes. Overall it rates at least a slightly challenging !!! 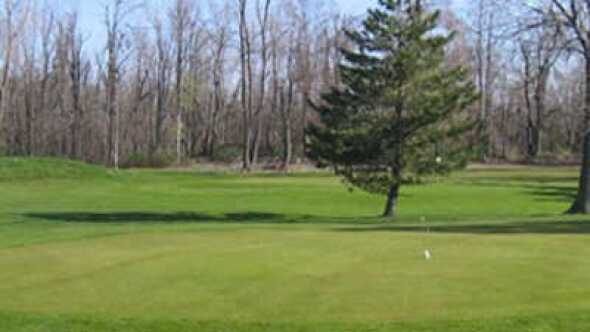 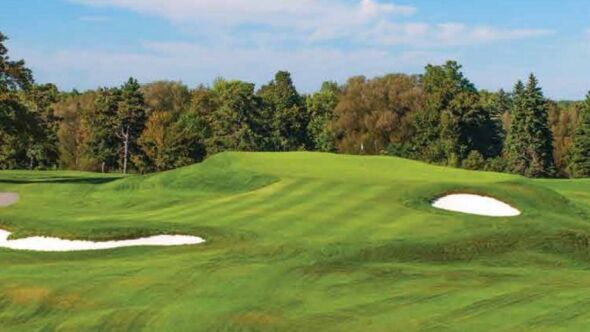 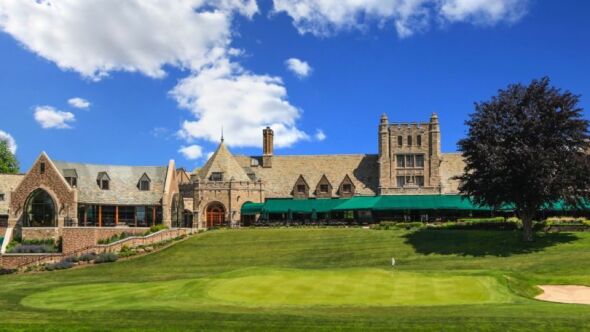 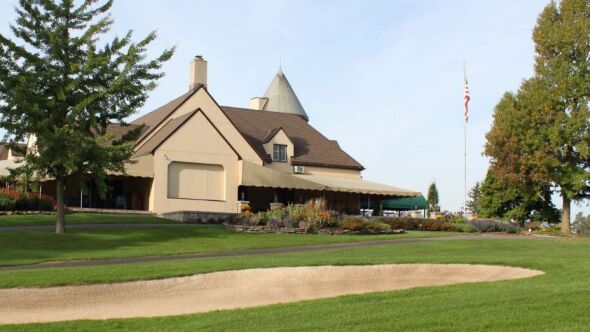 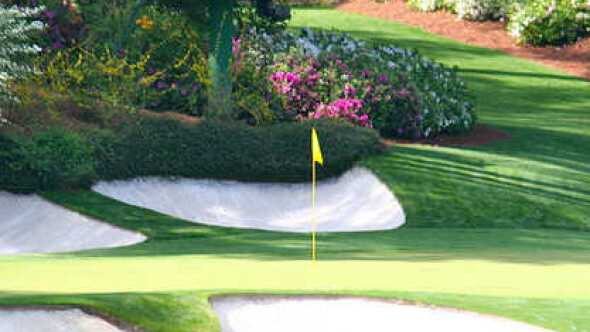 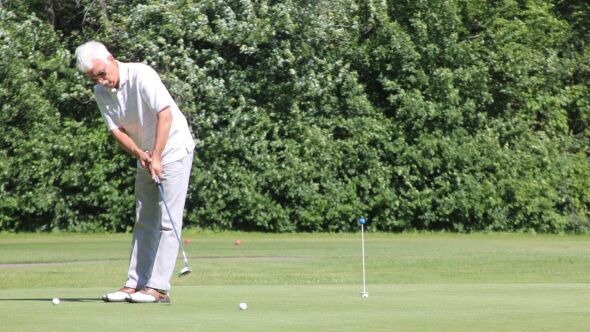 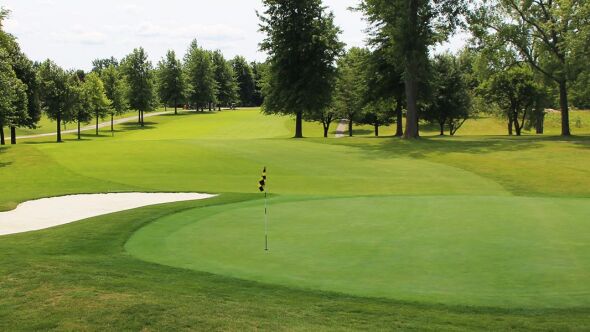 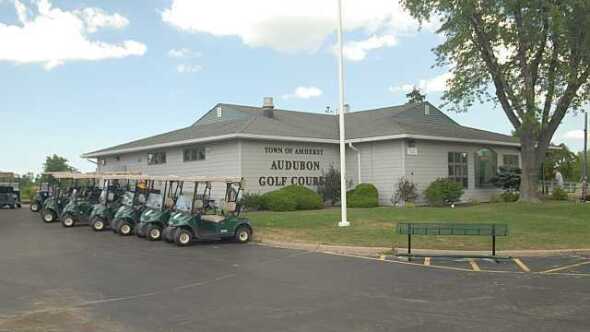 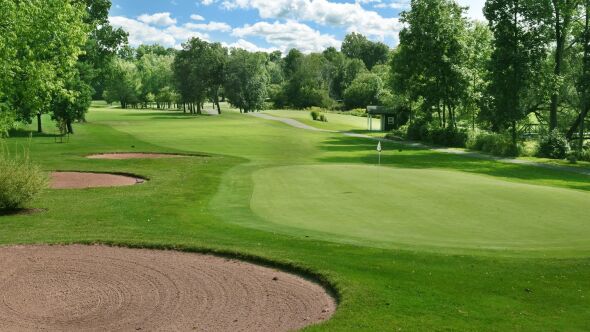 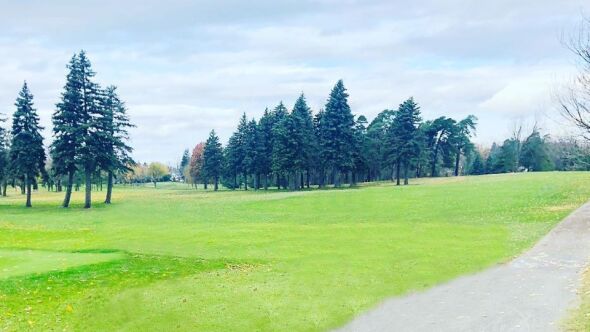 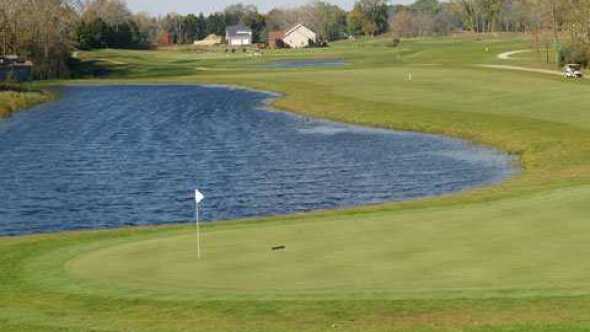 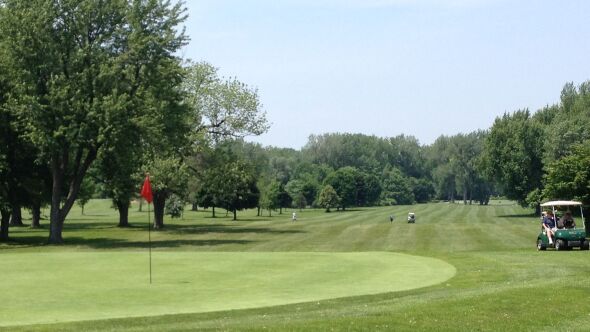 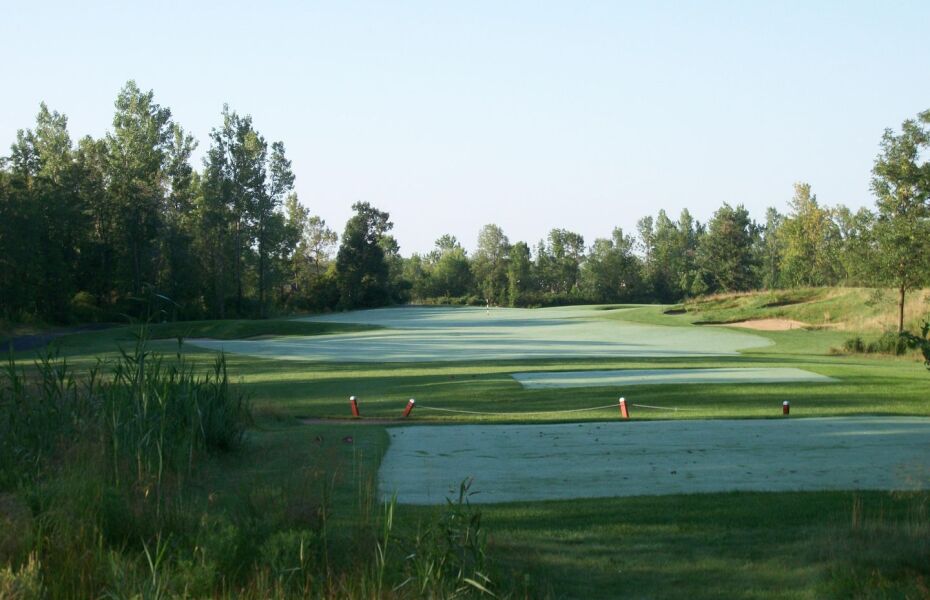 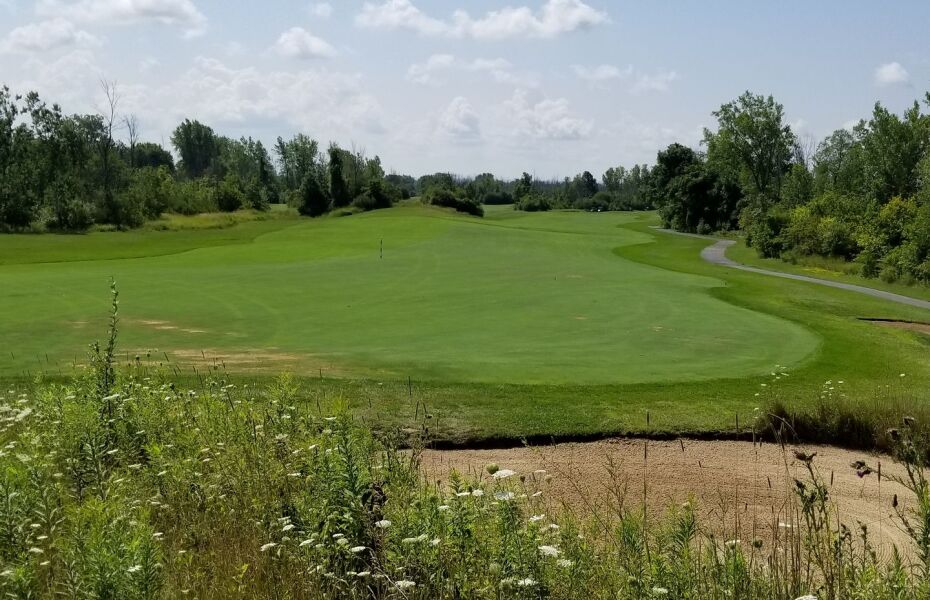 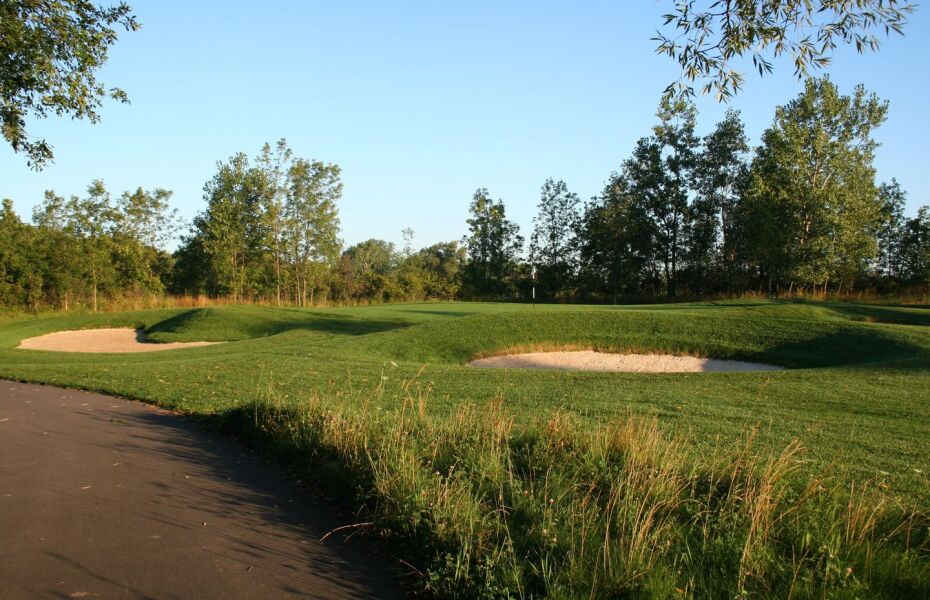 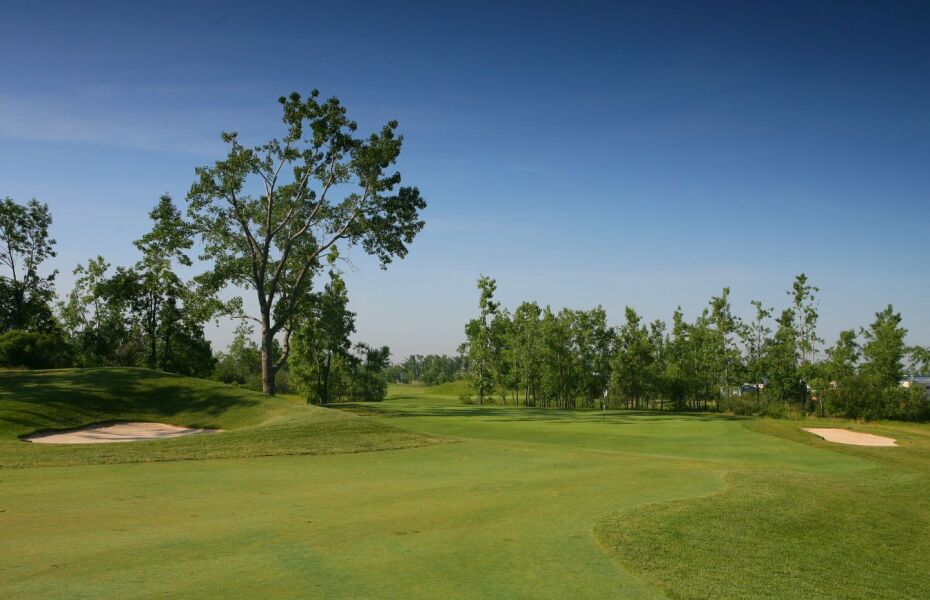 Like so many other Northern courses, Diamond Hawk Golf Club, a Michael Hurdzan design, is getting ready to open for the 2019 season Diamond Hawk GC 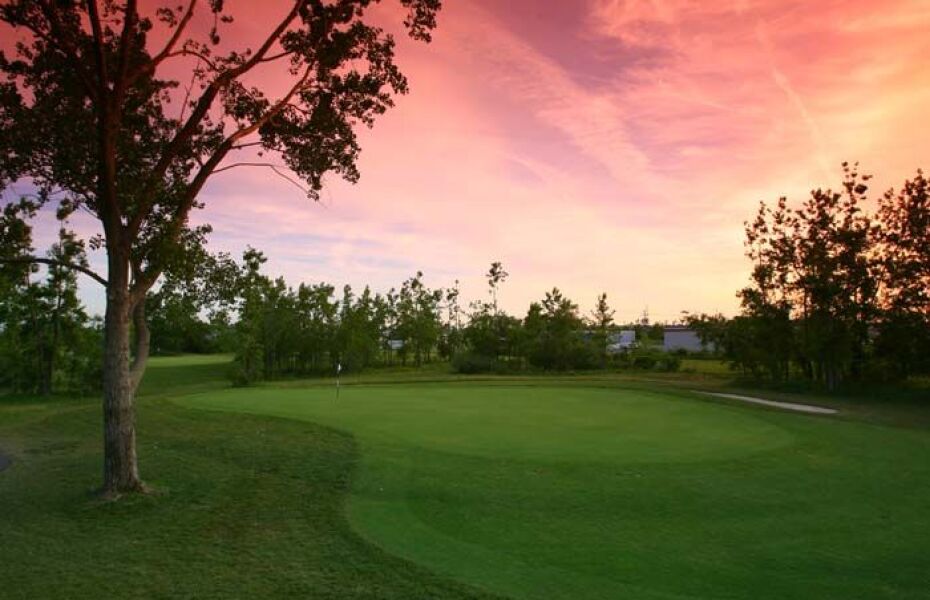 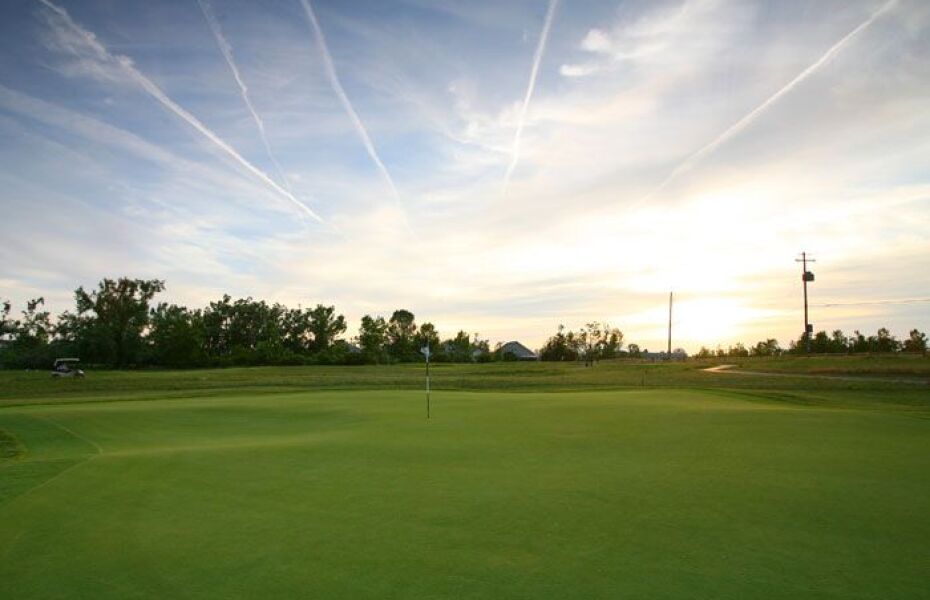