We thought we were paying $50 and got sticker shock when they told us it was $76. It's early April, and the course is in MEH condition, to be generous and they get you for $76?? No cart person, the tee boxes were poorly maintained and the bunkers were wet cement. I understand it's early Northeast golf, so those are the conditions you get but don't rip your customer off with that kind of price tag. Riverview has been eliminated as an option moving forward.

The course was in great shape. Very friendly staff. Thoroughly enjoyed the day. The back nine plays tougher than the front, at least for me.

There is no such thing as pace of play at Riverview

5.5 hours for a round. We almost walked off at the turn, but because the course conditions were good we stuck it out. Boy, what a bad decision that was.

At around hole 11, it became pure chaos. The two groups in front of us got into an actual fight, with one guy yelling racist remarks and threatening another guy with his iron. I have never seen an actual assault on a golf course before!

At this point, thankfully someone called the ranger out about the slow play and the fight. Well, the ranger did nothing. Both groups who got into the fight (and subsequently slowed play even more) were both allowed to continue playing. The pace of play didn't remotely speed up what so ever.

The explanation we received from the front desk after the round was "there was a frost delay this morning and there was a mini outing in front of you." Um what!? It was 68 degrees and sunny and our tee time was 11:45. How a frost delay would affect our tee time is beyond me. And if you have a "mini outing" out there, either you make sure their pace of play is at least somewhat acceptable, which it certainly was not, or you block off/discount tee times behind those groups.

Even so with all of that, if the course management had the courtesy to tell my group all of that BEFORE the round, we wouldn't have had such a poor experience. Most respectable courses would at least enforce pace of play. Not Riverview apparently.

This is a popular course that others recommend. I found the pace of play great as it was low volume afternoon. But I can believe it’s busy on non Labor Day weekend evenings. Greens had been aerated recently but was done well and putting wasn’t adversely affected. Tee boxes average or slightly better. Fairways In Really good shape,.

The holes varied a lot. Made it very interesting. It wasn’t real long but you needed to play strategically to score. Sand traps were numerous and nearly all were pure white and fluffy. They define the course and it was a good change from other courses.

Water in play a few times, nothing notable.

After playing 9 holes of golf, my wife and I stopped at the turn and went into the Sand Trap Pub. The personal went out of their way to help my wife who has food allergies finding something on the menu she could eat. Thanks again for the wonderful experience we received. The course itself I thought was very interesting with different elevations and you will use every club in your bag. Looking forward to playing again.

Stopped playing there last year after asking for a ranger as pace of play had we not quit after 14 been over 6 hours. They only say ranger there and do nothing Won’t play it again

Three of us played Riverview CC on Saturday, June 30. We aren't from the area and got a great deal on GroupGolfer for $25. Some of the bunkers were being redone and others had huge puddle in them from drenching rain a day or two earlier. Nothing we or they can do about that.

Something they can do however is make sure the water coolers are filled on the course. It was about 95 degrees and when we got to the first water cooler on hole 4 it was empty. I understand this isn't a private club with enough staff to be able to ensure sure everyone is accommodated, but water coolers being empty on a day like that is unacceptable to me. That is the only gripe I have. Other than that, great experience and I would definitely drive an hour again to play Riverview CC.

...or so for aeration holes to heal. But it was $33 to ride, which was a discount for aeration. The players there are not good on raking traps or fixing ball marks.

Great Value for the money

Layout of the course is wide open, which being on top of a mountain relies on the wind to make it interesting. Course is in emaculate condition. My only complaint would be golfers not repairing their ball marks on the green. Pro shop and restraunt are excellent

This was our 2nd round on this track, the first having been an outing earlier this year. The impression made at that time demanded we try the course "for real". The conditions were excellent, with only some issues in the sand traps due to heavy rains over the past several days. Fairways are gorgeous, staying out of the rough is important, and the greens roll true and fast.

Some course knowledge is important off the tes as the landing zones are not always obvious. Cutting the corner here usually ends up costing a stroke by having to chisel out of the rough. A fair number of bunkers to deal with, and some ponds on the course. Sprinkler heads are marked to center and accurate when checked against range finders. Elevation changes, while not drastic, do demand shot placement. Some forced carries into greens.

An all around great experience and our group committed to return again soon!

FYI - they run a special Monday - Wednesday that includes lunch in the green fee if you tee off before noon - a great deal made even better.

What a great find! We were on our way to US Women's Open and wanted to try a place on the way. Glad we went!! Great layout, tremendous conditions, great staff.. We will definitely be back!

Hi ck4! We are thrilled to hear that you enjoyed your time with us out on the greens! Glad you decided to take a chance on us! Enjoy the Women's Open! We hope to see you back here again in the future!

Should be closed for the season

This course charges full price with no upfront notice that the tee markers have been removed, the tee boxes are covered with plastic and unplayable and the traps are rock covered and unraked. I get that it is November, but it has been over sixty five degrees for five straight days. People will come and play, the course has an obligation to tell the person booking the round. This is a low class poorly run operation. Book at your own risk as you will tee off from the rough.

This is a fun layout, make sure you play the right tees for your ability. Because the rough is tough. The back nine has some exciting holes. Only negative, as the previous reviews are the bunkers. Some have hugh stones.

Nice Layout if you like Poor Greens and Bunkers

A group of friends and I took the awful drive to Easton yesterday to play Riverview Country Club, which is not the easiest place to find in the world. We were excited because were able to play after a Professionals tournament, but were quickly disappointed.

I heard good things about the course and I quickly realized that it is because there really isn't any rough on the golf course, which makes higher handicap players happy. However, I was very disappointed by the greens and bunkers. The greens were a mix of grasses which made them very bumpy. It was nearly impossible to roll the ball without it bumping all over. The biggest problem was by far the bunkers, as they were either loaded with rocks or filled with dirt like a baseball field. Either way they were not in great condition.

The staff was friendly although they did not go out of the way to help us when we came, but I understand that they had an outing during the morning. Overall, I would say this is a golf course that is not worth the price just for a nice view. There are a few other courses that are in better shape like Mahoning Valley, Blue Ridge Trail, and Bethlehem for a much better value.

Been wanting to play this course for awhile and finally got to play on a Saturday afternoon which was very good value.

Some water hazards, but the main one here is sand...lots and lots of sand. Almost every green is protected by multiple bunkers and even some placed in fairways make for some strategic positioning. Aside from the par 3s which were almost all off a raised tee box, no real memorable holes (except for a long sweeping dog leg par 5 with a stream in the middle). Course conditions were nice and we saw the cart girl plenty. Wasn't crowded at all and would absolutely play again for the $40 in the afternoon as opposed to the more expensive morning. Every staff member we encountered was also very nice.

Was recommended this course and decided to give it a try, since I have family I can visit near by. The two different types of fairway grass made it very confusing from the tee box, although it's a neat idea, it just doesnt work. Course is hard as a rock and almost every shot should be a club down. The bunkers are atrocious, with about a quarter inch of sand you can't use normal bunker technic and there are tons of bunkers on this course. The greens were nice to putt on as you could get a nice roll on puts. The gentleman in charge of service there were not very friendly and I almost walked away from the gate. Not to mention a 5 and a half hour round. This place has untapped potential but it just failed to impress me enough to make the hour trip again.

Where to start. I called last week, yup the range is scheduled to be open. Get there. RANGE CLOSED. Ok, my group is here no warm up so lets get a drink before we go out. 2 coffees and a coke. OVER 10 minutes! To get a drink!

The sand is a joke. 1/4" of sand then HARD stuff. I don't know what you call the thing next to 13 green but it should be ground under repair because it is NOT sand.

Did I mention the wait again for a soda and hot dog at the turn?

The course is in great condition, but the pace of play was atrocious. There is no one on the course keeping groups moving after you tee off.

The cart services seemed to be slow we only saw the cart twice during a 5 hour round. When it arrived it was out of some drinks and had no food on the cart.

The food at the turn was almost uneatable, I was told "the chef left the building so no one could make sandwiches". I almost fell over, who knew you needed a chef to make a sandwich. The bartender was very rude and told me I should have called to order a sandwich, it would have been nice if they put up a sign on the 9th tee box with the phone number a menu like have seen on ton of other courses. 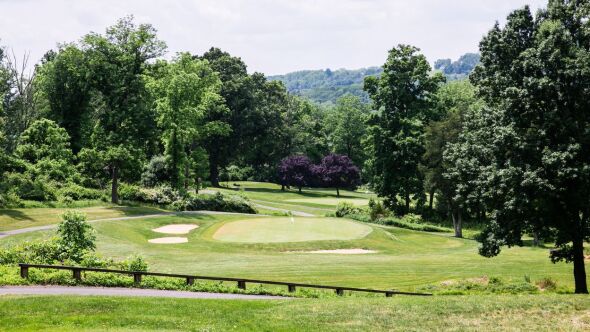 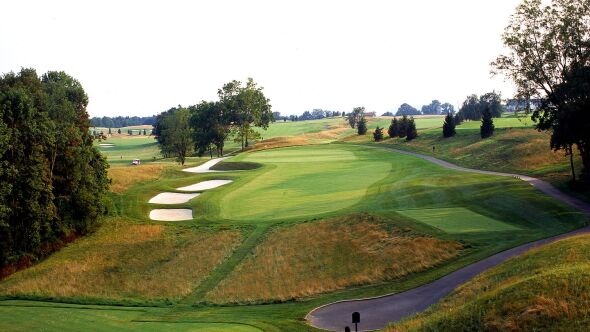 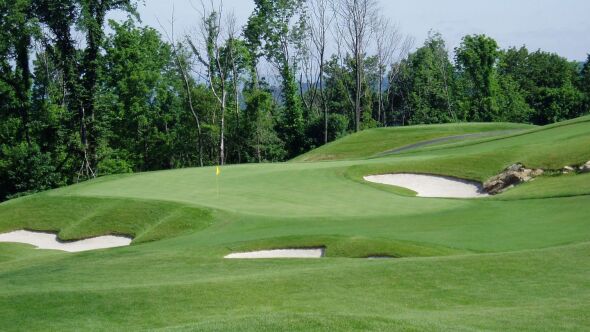 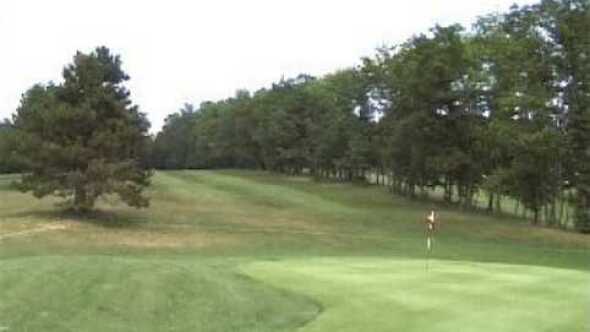 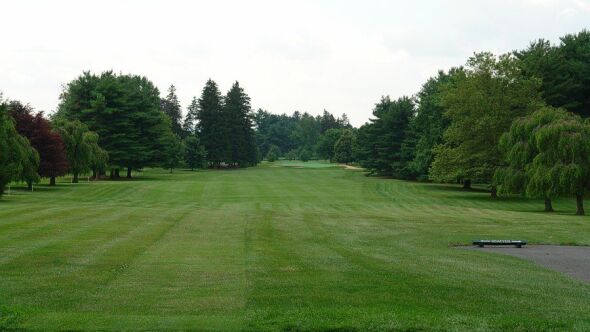 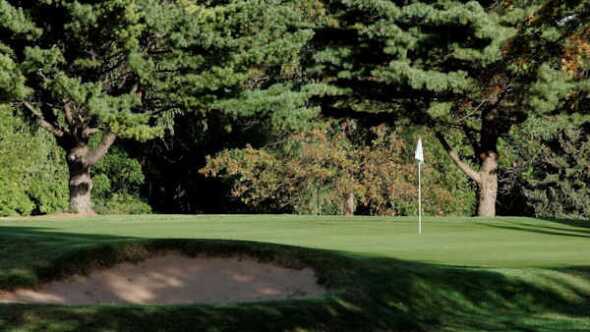 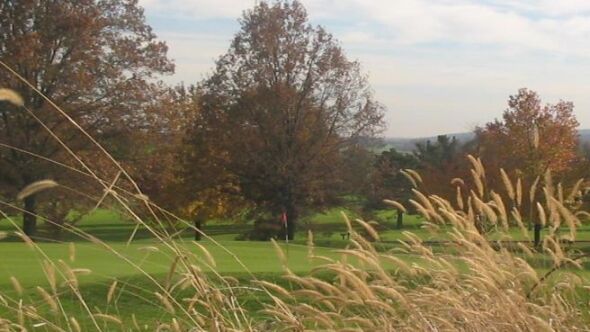 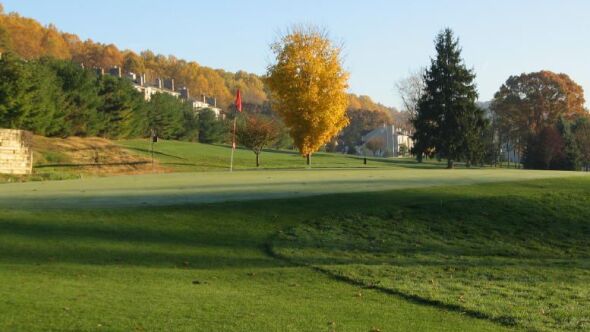 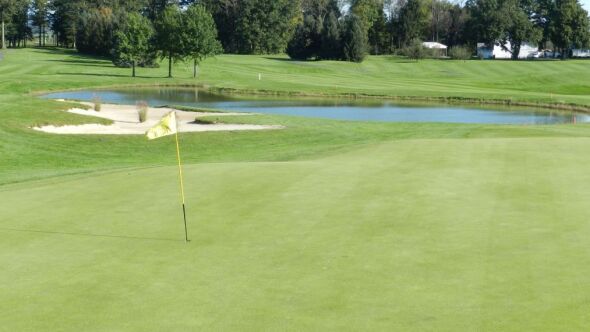 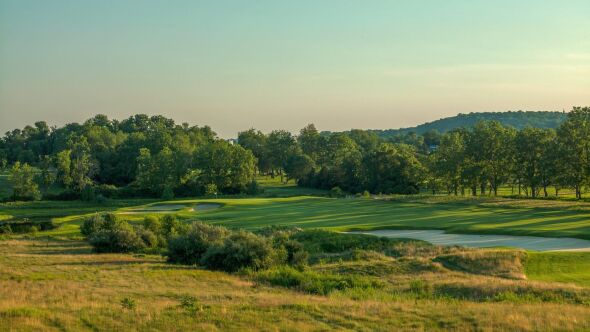 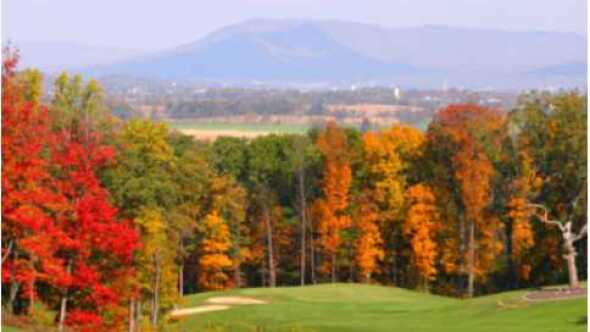 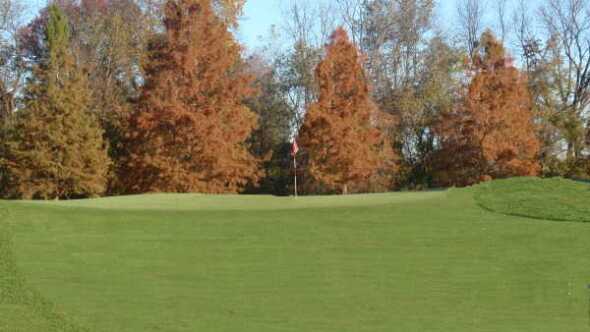 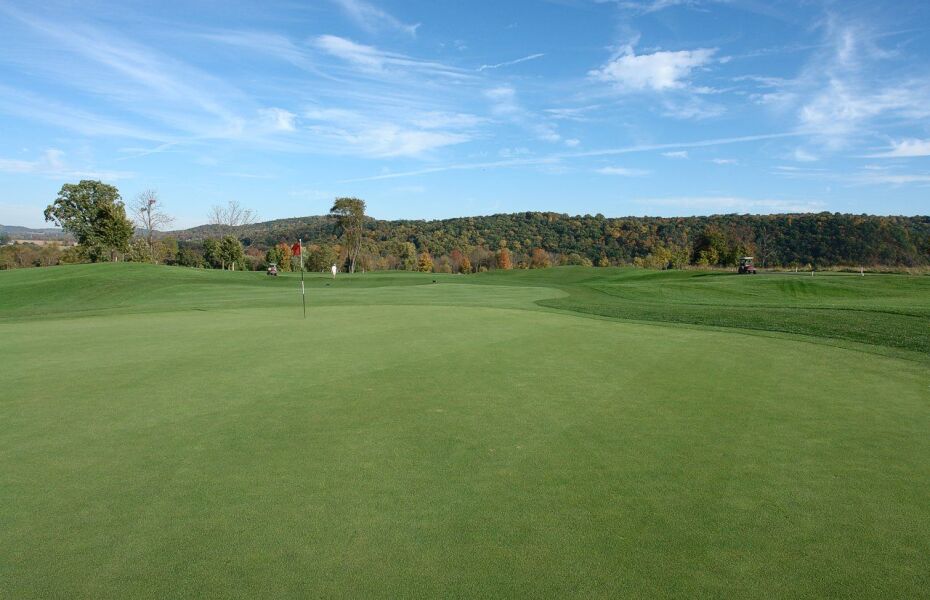 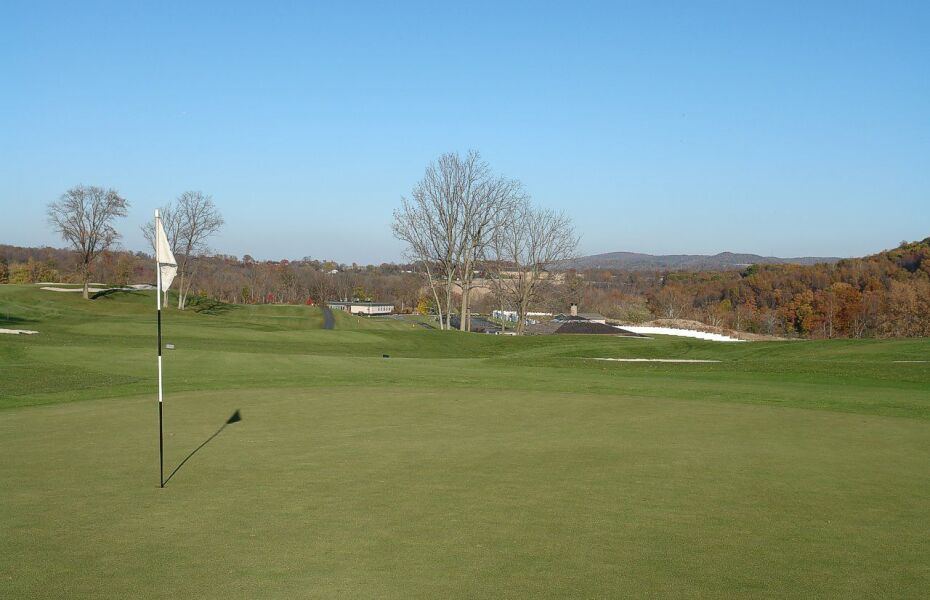