It's a nice small course. It is only nine holes so you repeat them to make 18. Quite challenging holes. Appears to be in good shape. Enjoyed it and would play it again.

Great course! Fairways and greens were excellent. But a very tough course at least for us beginners, our group found as many balls as we lost and it was a lot Lol. But we had a great time! Nonetheless fun challenging course

Upgrades have improved the course

The course was in pretty good shape for early Spring. The cost for 18 holes has gone up, but the cost of everything has gone up. The staff need to pay attention when cleaning the golf carts as the one I had was covered in bird droppings and dirt.

What a poor course !

I teed off at 11:20am & could not complete even 15th hole before the day turns dark! You know why? Cuz the strange groups kept cutting through our queue & every hole, different strange faces shown up ahead of us! Absolutely no Marshall control, no tee time control, worst experience in Canada ever, will never ever come back again

Pace of play is terrible

Finished 13 holes in 4 hours, 9 hole course but they offer 18 holes and do not take into account the people replaying the 9 holes. Had 7 groups waiting to tee off.

First time at this course and it was probably a little better than I expected based on the terrible reviews. Pretty challenging due to the multiple elevations and raveens/hills. There should definitely be a warning upon booking about the massive construction happening around the course though...cranes and tractors can be seen around multiple holes, and the construction noise is constant. I'll give it another shot some time though based on decent value and good location.

Workers at play-Be prepared to spend hours at this course

First red flag, although i had a confirmation email, I was not listed under my time. Spent some time figuring that out. In the end, my actual time had another persons name under it, my name was at the bottom of the list, and well, we got paired up with 2 other players. Don't get me wrong, I understand why the need for that in general, but 1, I've been to other courses, you play with the amount of players you signed up for, and 2, especially during a pandemic, not sure I want to be around people not in my bubble.

The WORST PACE OF PLAY I have ever witnessed.Definitely not worth the time.
Teeing off at the first hole there were 3 groups of 4 ahead of us. One of the workers stated that "they overbooked, because they didn't think they would still be open during this time of year" open or not, why would you overbook? waited at least 30 min before we could tee off.

On the course, we kept noticing three 16 year old looking gentelmen in a golf cart "hiding between holes" Group infront of us managed to discover the 3 guys were trying to jump bewteen groups whenever they had the chance. Turns out the 3 young men were workers at the course.

We finally finished the front 9. Decided we might as well try for our 18 since that is what we paid for. The 2 guys we were paired up with only paid for 9 holes, one of the workers questioned them and at the end, did them a favour and allowed them to play the 9 again. Kinda defeats the purpose of me paying for 18 when you're letting others play 18 at the rate of 9. My advice, NEVER pay for 18 and just get back in line if you want to go again.

So we're trying to get onto another hole, there was a group infront of us, literallly just standing at the hole we wanted to tee off at. they asked us which hole we were trying to play at, we told them, and one of the persons in their group said, "no you're not" we are. we said sure no problem, but you guys are standing around, either you're playing, or working? turns out, they were workers.

Overall, my group felt cheated out of our money and time. As far as I know, workers at golf courses don't usually pay to play. So I'm under the assumption that the 3 16 yr olds didn't pay, as well as the group infront of us we ran into on the back 9 didn't pay either. I would assume paying customers take priority over non paying workers?

Save your time, save your money, go elsewhere.
I would never recommend this facility to anyone,
Seems like they care more about quantity and not quality. 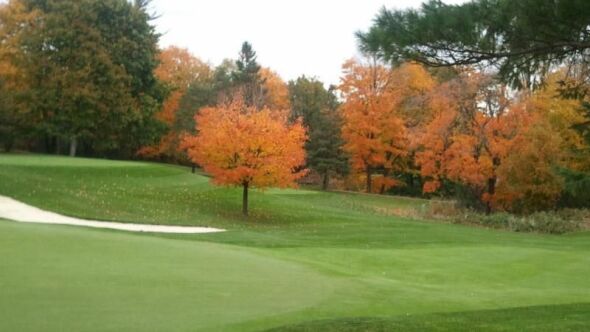 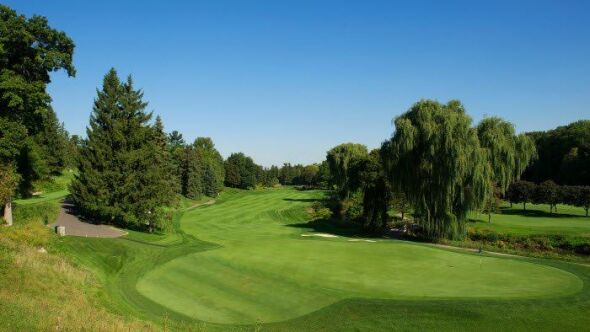 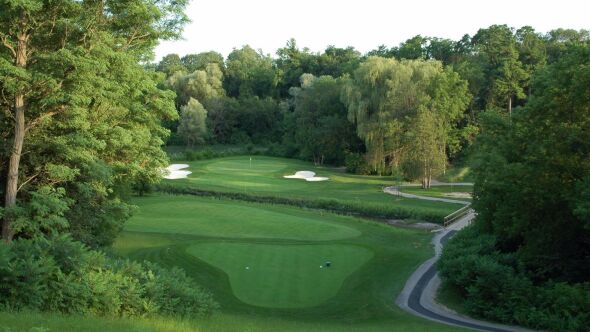 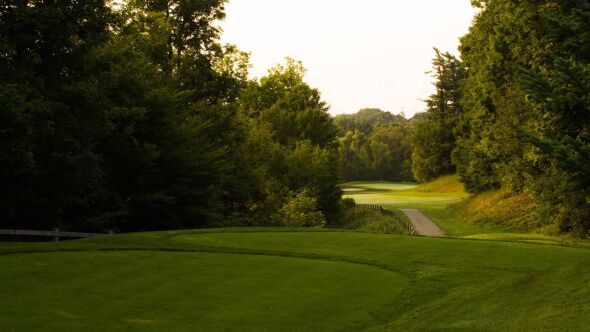 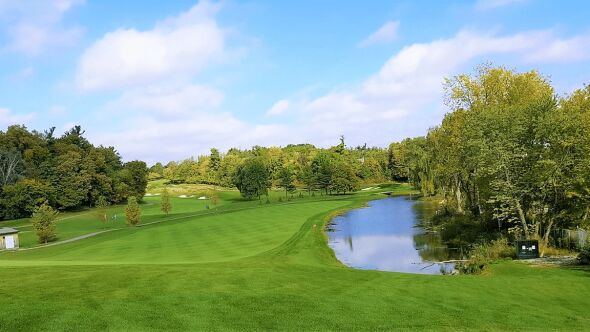 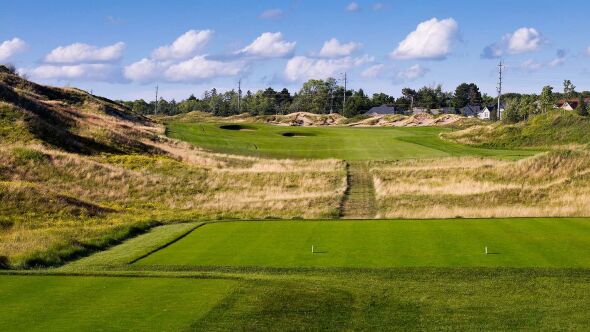 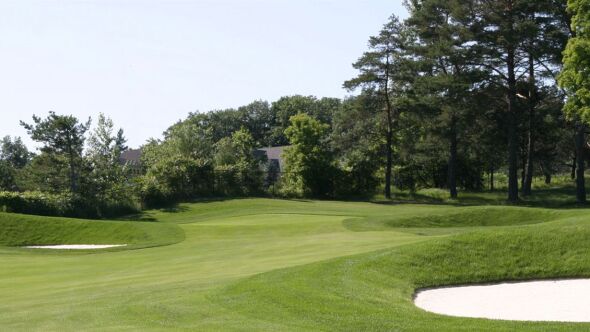 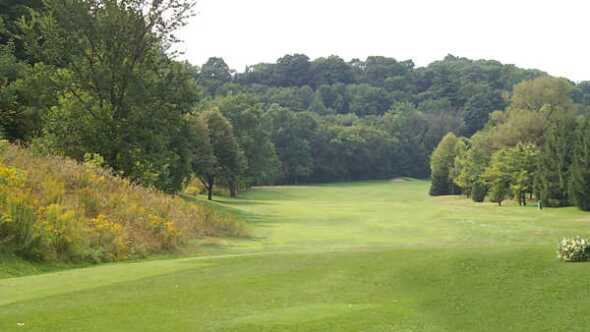 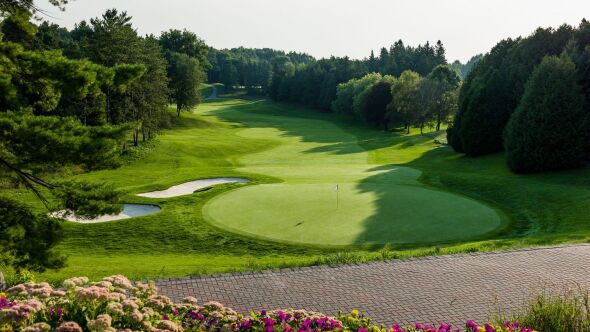 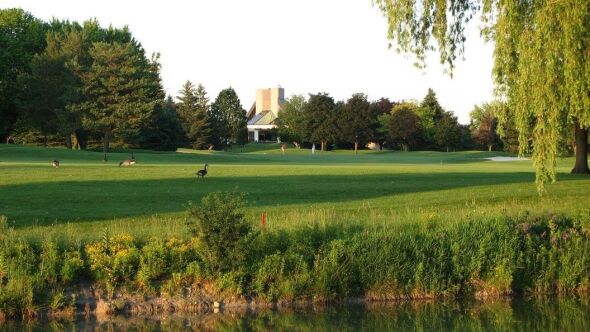 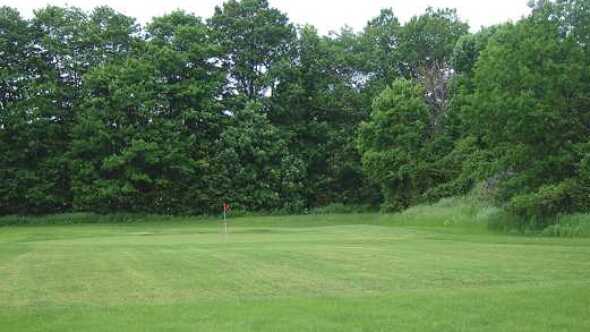 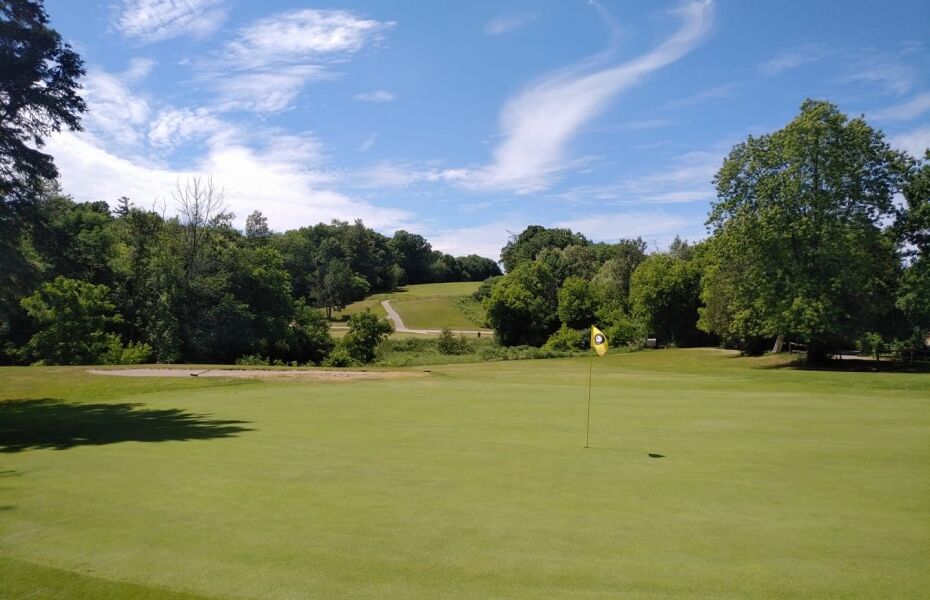 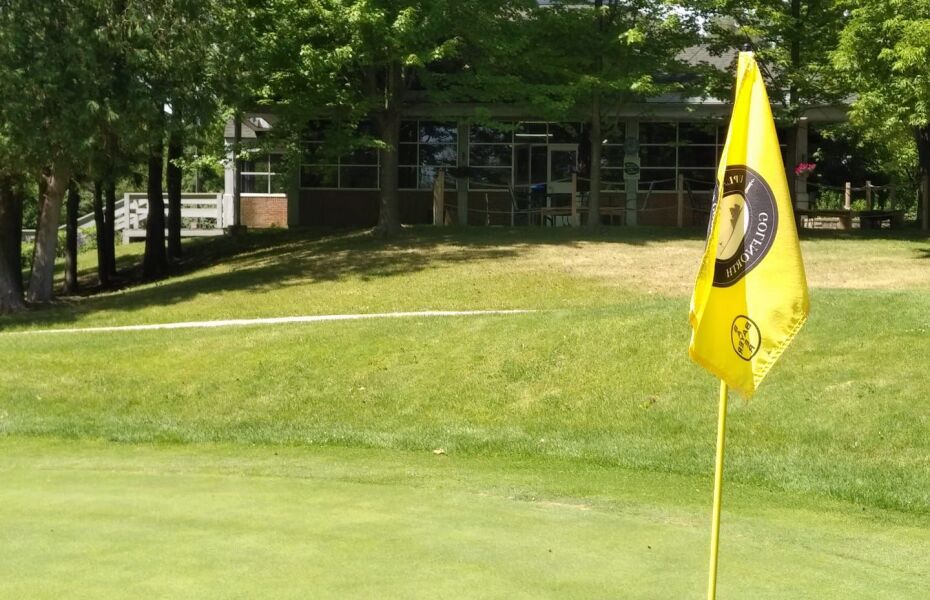 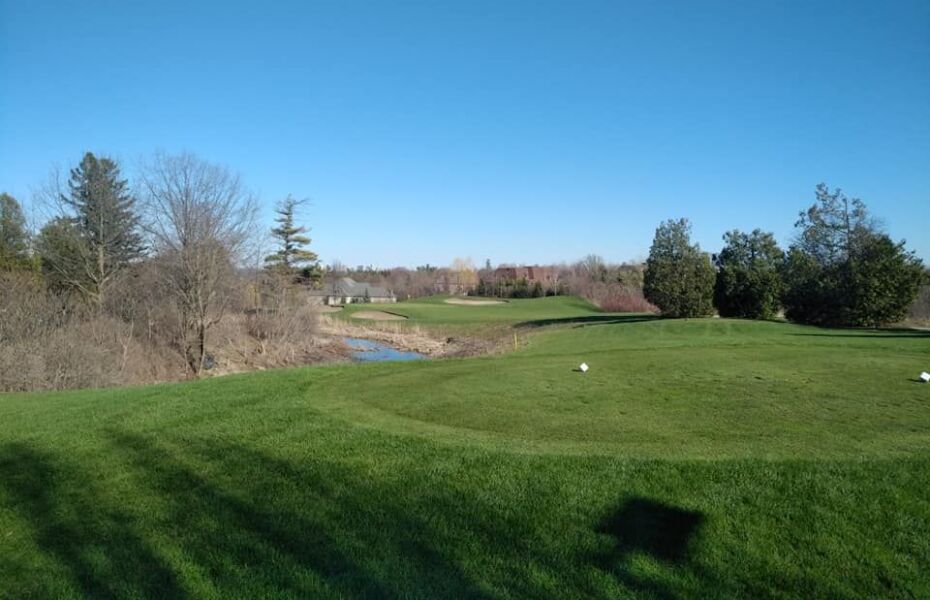 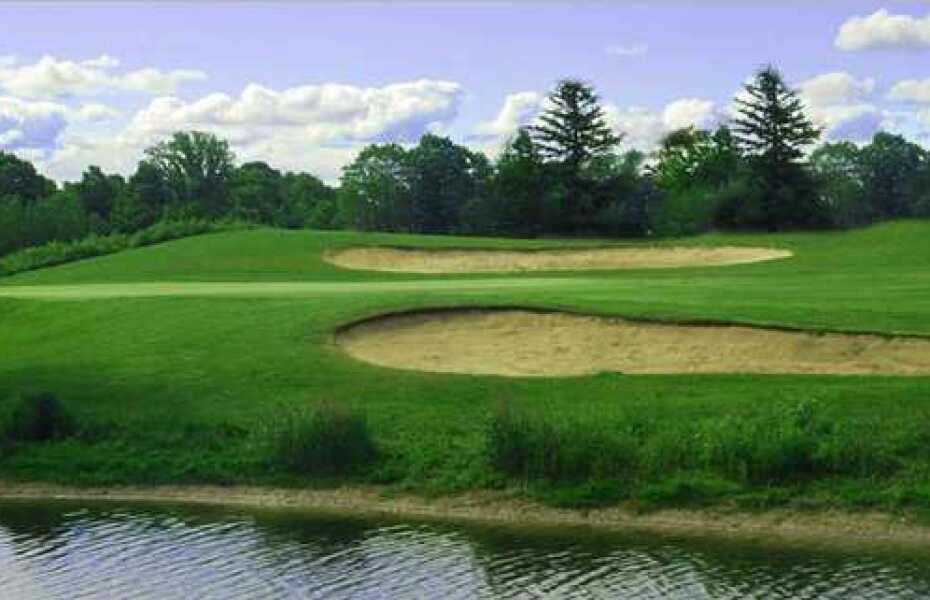 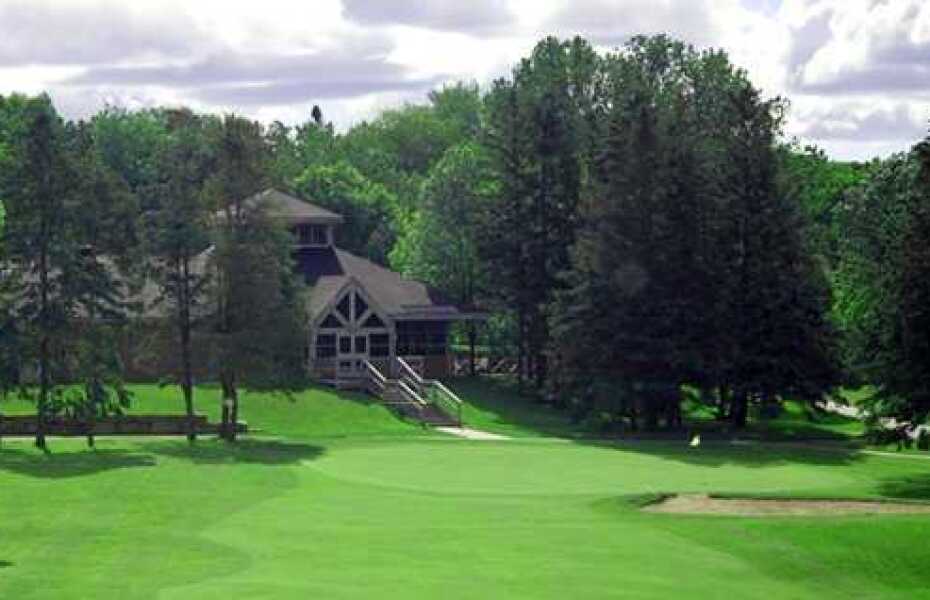 A view of the clubhouse at Uplands Golf and Ski Club 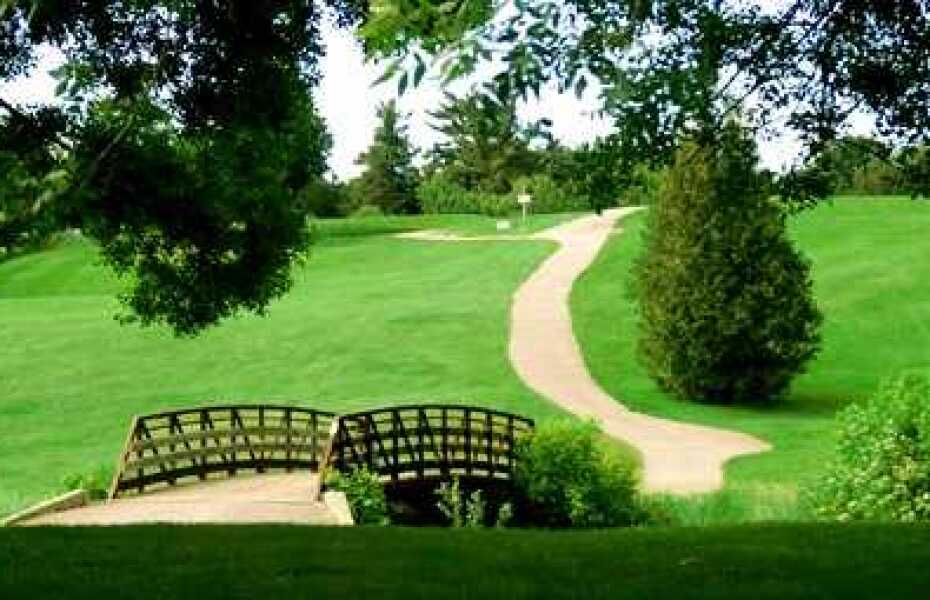