The course was actually a lot of fun, in good condition thruout. The greens were some of the best around. Golfers please fix your ballmarks and 2 others! Pace was really slow for a wednesday 1130 tee time.
Aside from the usual muni-blues about ballmarks, the greens were healthy and, well, green . Cut very close, they were very fast but ultra smooth. The course could really use a little investment in pavememt work in some places.

All in all, l liked the course and think you will too.

Timberlin is a good, fun course for the average golfer. It appears easy, and maybe for very good golfers it is, but for folks like me, there are plenty of challenges, yet on an overall fairly forgiving course. They have cleaned up the course in the past few years to speed up play and accommodate less skilled golfers - e.g., where there used to be significant underbrush for balls to get lost in, most of that has been cleared out; now, if you hit towards a pine tree, at least the bottom branches have been cut back so you can find your ball easily without taking hours to look for it. And a number of trees between fairways have also come down, though perhaps more for safety/maintenance to remove diseased trees than to make the course easier. Fairways are reasonably wide, but if you do go astray into the woods, you'll probably have to take a drop if you can find your ball. On the back 9, there are several water hazards - manageable with careful play, but if not they'll swallow your Srixon. And the course is generally in good condition, despite a very hot and dry summer.

There are a number of small maintenance items that could use some attention, though most are not significant enough for me to give the course a low ranking. Some areas at the beginning of several fairways, especially near the ends of the cart paths, are pretty bare, and hardpacked, as are some of areas of the rough, but the fairways and greens are good, though Timberlin seems to attract a lot of golfers who don't bother replacing any divots. Tee boxes are OK with the exception of a few that have recently been built or rebuilt; almost all of these feel like asphalt was laid under the turf - it's that hard to get your tee into the ground.
One item that I think is a bit more important is the lack of distance markers on many holes. On some the traditional sprinkler-head markings are frequent and visible, but on a number of holes they are few and far between. There used to be red, white, and blue stakes, about 4 feet tall at the 100, 150, and 200 yard markers, but no more. On one or two holes there was at least a small (maybe 2 feet) white 150 marker, and even on one of those holes, that marker got destroyed by a mower and wasn't replaced for some time. Many courses use the in-ground round plastic red, white, and blue markers and you'll find those on some Timberlin holes, though sometimes partially concealed by the turf. (On at least one hole that I can recall, the red 100 yd disk is puzzlingly labeled 150 - go figure.) Some courses post those standard distance markers on trees along the course, but we don't have those either. With so many people now sporting hand-held personal range finders, maybe the folks at Timberlin think it's not worth the investment to install, or to improve on, markers on the course, and maybe this is not a big deal for other golfers, but I'd like to see better distance marking.
Again, my overall view of Timberlin is that it's a fun course that I enjoy playing, one I'd certainly recommend, and will look forward to the next time I'm out.

pvelardi
Played On 07/31/2022
Reviews 5
Skill Intermediate
Plays Once a week
I Recommend This Course
4.0
Previously Played

I always enjoy playing Timberlin. The course is always in very good condition and every hole is unique. Nothing cookie-cutter here. It provides the right amount of challenge for an average golfer. But the pace of play is brutal.
The staff are always super courteous, respectful and friendly. All of the players that I get paired up with have been wonderful folks to get to know. Young or old, everyone is friendly.

u7689503
Played On 07/27/2022
Reviews 6
Skill Intermediate
Plays Once a week
I Recommend This Course
5.0
Verified Purchaser
Previously Played

Great day on a Great Course

Greens and fairways weee in great shape. Especially considering the heat we’ve had combined with the lack of rain, it’s obvious the maintenance crew takes pride and puts in the effort to keep this course in great shape. We tee’d off at 7 am and we’re done with our round by 11:15. Love this courae as it is long but forgiving.

BACK NINE LAYOUT:
–A bit more open than the front, the back nine still offers the greater challenges–despite the lack of true doglegs on this nine
–Terrain rolls smoothly; only large hill is shared by 16 and 17
–Most greens are bunkered, but the par-three 12th is fronted by a pond
–Other defenses include a road, crossing streams, numerous trees between fairways, and woods on the course perimeter
–The two hardest back-to-back holes (on course) are 14 and 15, both long par-4s.
–The par-5 tenth is reachable in two by longer hitters.

Most Interesting Hole (back): 17, par-4, 390 blue tees
For those fearless players unafraid to fly the stream from the tee, this will be a terrific risk/reward proposition. For others: a careful drive to a tight landing zone, then a pitch to a well-guarded green.

Best Hole (back): 16, par-3, 170
No routine par, this hole. The tee shot flies straight uphill to a perched, strongly contoured green that may induce 3-putting without fine judgment of speed.

CONDITIONS:
Good in general. The greens are outstandingly smooth, and also quick. Fairways ranged from decent to very good; roughs were average; tees and bunkers good.

OTHER:
The woman I met working in the pro shop was very personable, both on the phone and at the counter.

SOME CONCLUSIONS:
In my opinion, Timberlin has always been a set of straightforward challenges without any gimmicks. Many of the holes appear docile at first glance, but they are hardly that. It’s a bit like another course Architect Al Zikorus built twenty-seven years later in South Windsor: Topstone. Not a flashy course, Timberlin still has strong aesthetic appeal and genuine variety. Epitomizing these characteristics are the four finishing holes. And although this is a ball-strking challenge, it tests your full game, so patience on every shot is necessary to earn a good score at Timberlin.

Friendly employees, challenging greens, driving range for me to warm up, nothing to complain. Will come back more often.

ctgolfer5
Played On 06/26/2022
Reviews 20
Plays Once a week
I Recommend This Course
4.0
Verified Purchaser
Previously Played

All in all not too bad. Slow front 9 as we were following a junior tournament. Back was much faster. Would definitely play again

We appreciate you taking the time to review the course and rate us. We are going to pass on your feedback to the team. Thanks for visiting Timberlin Golf Club, and we hope to see you again in the future. 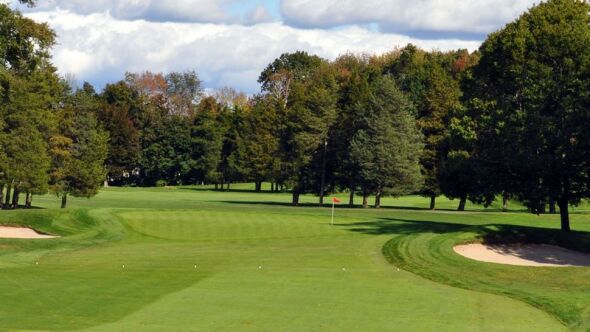 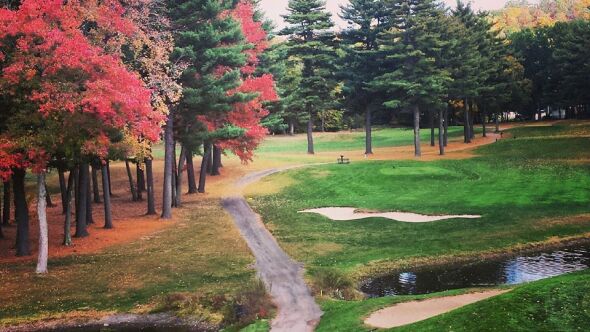 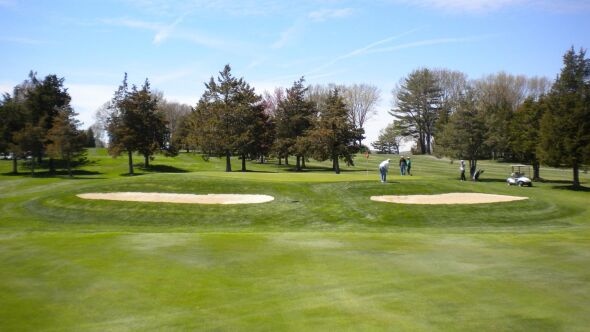 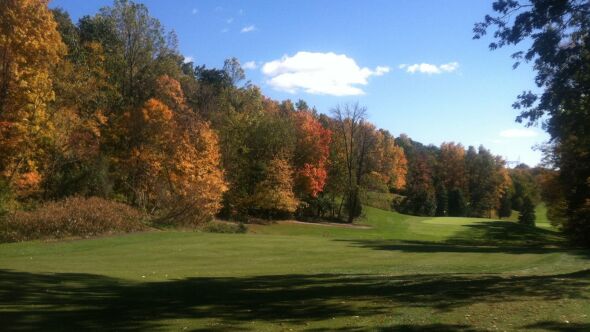 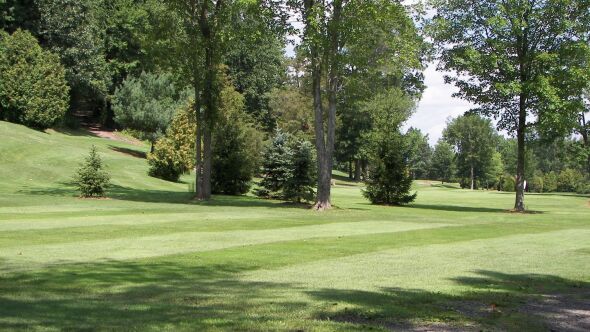 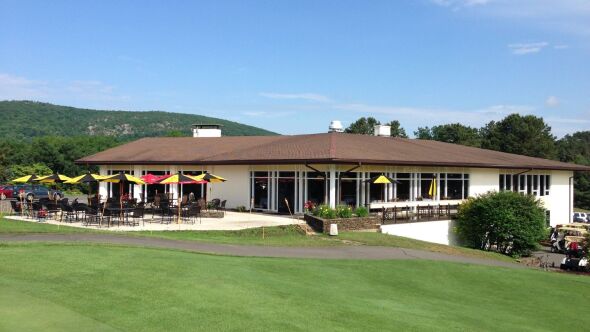 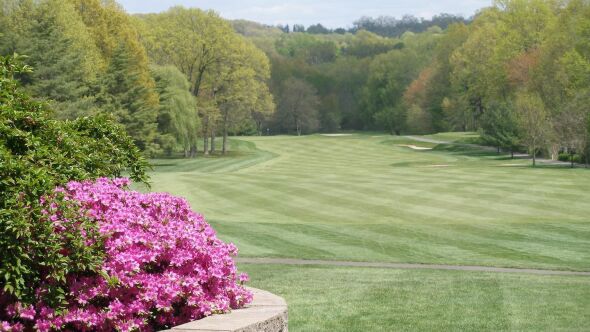 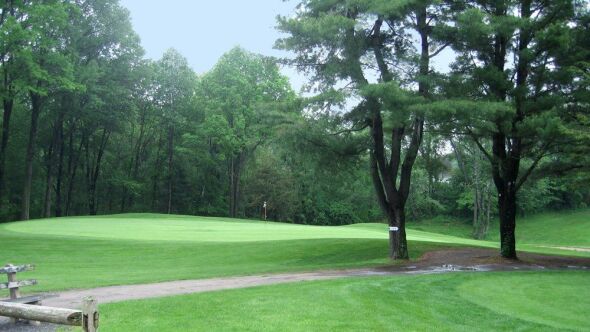 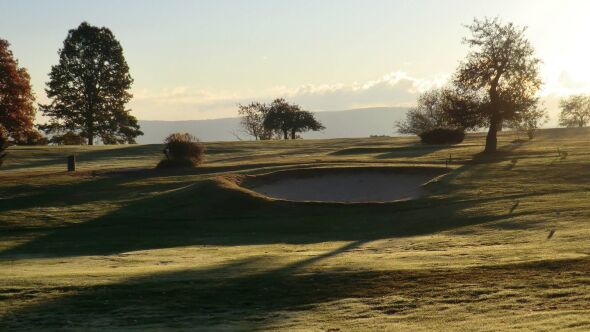 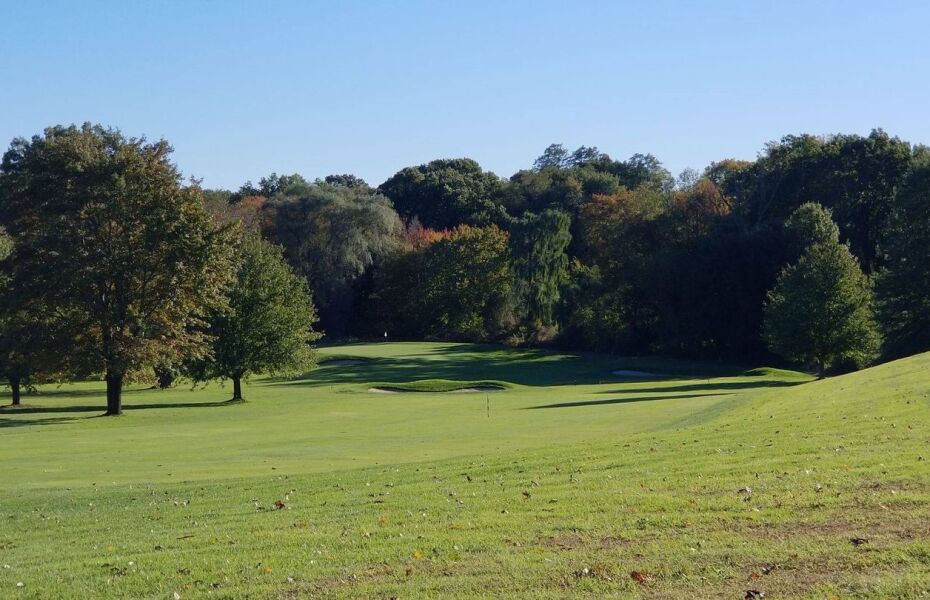 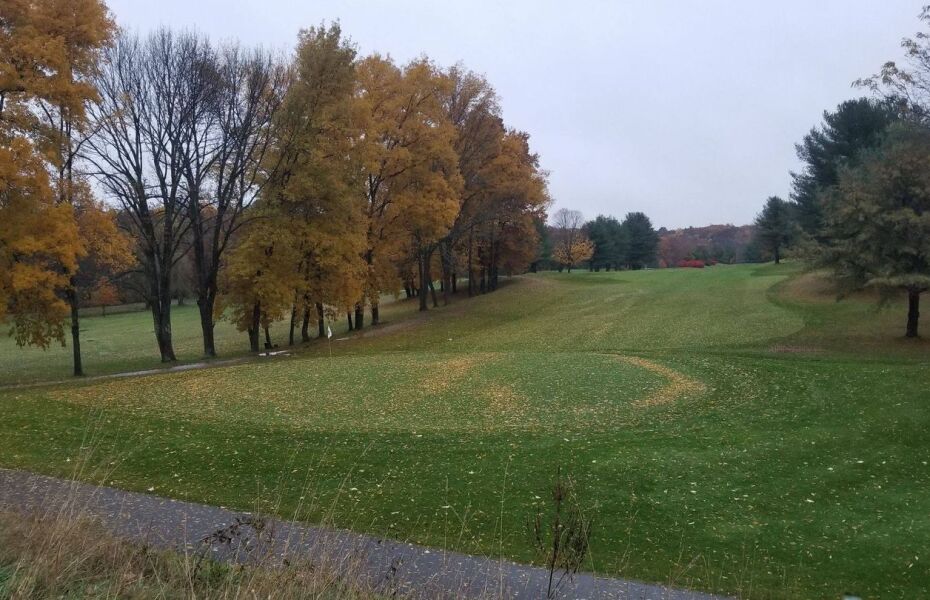 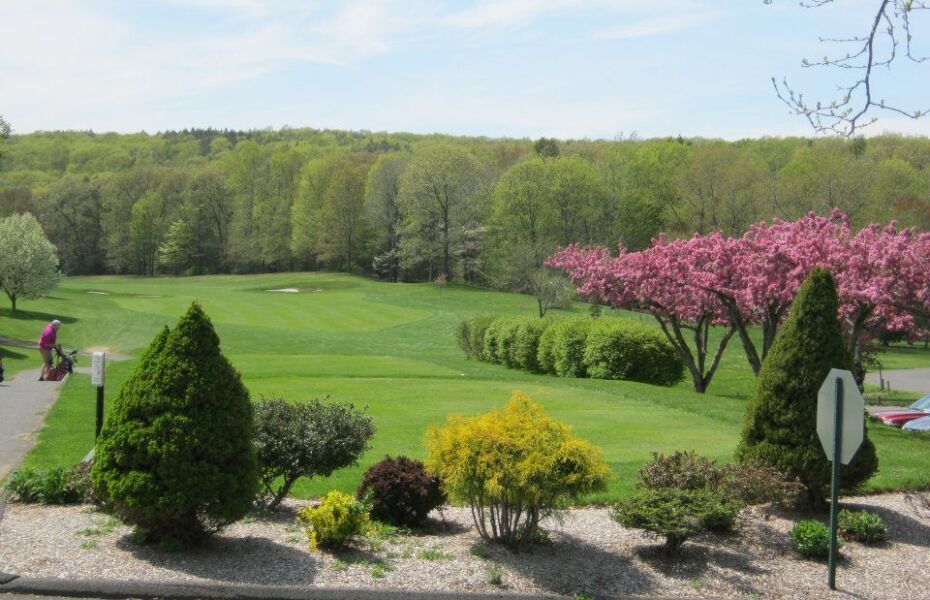 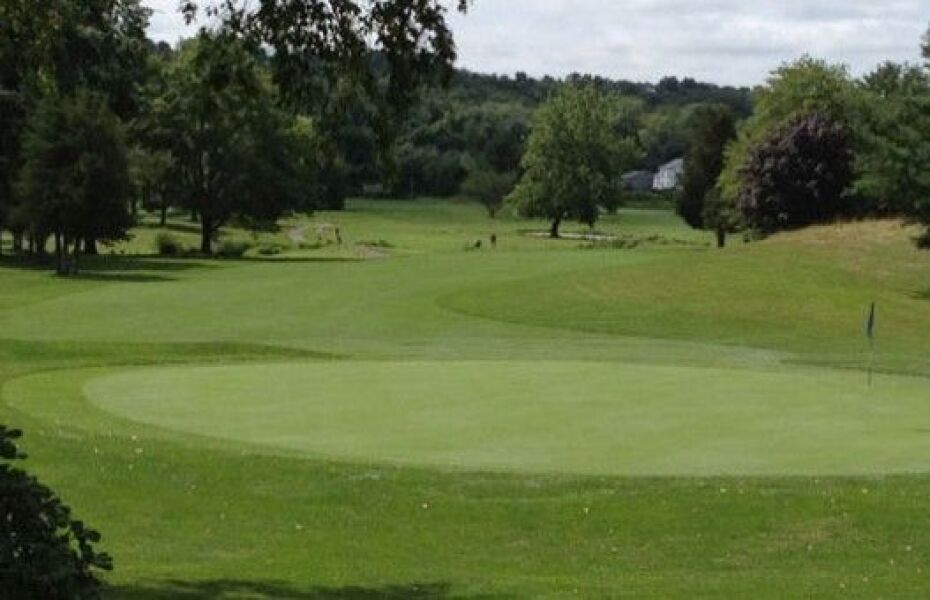 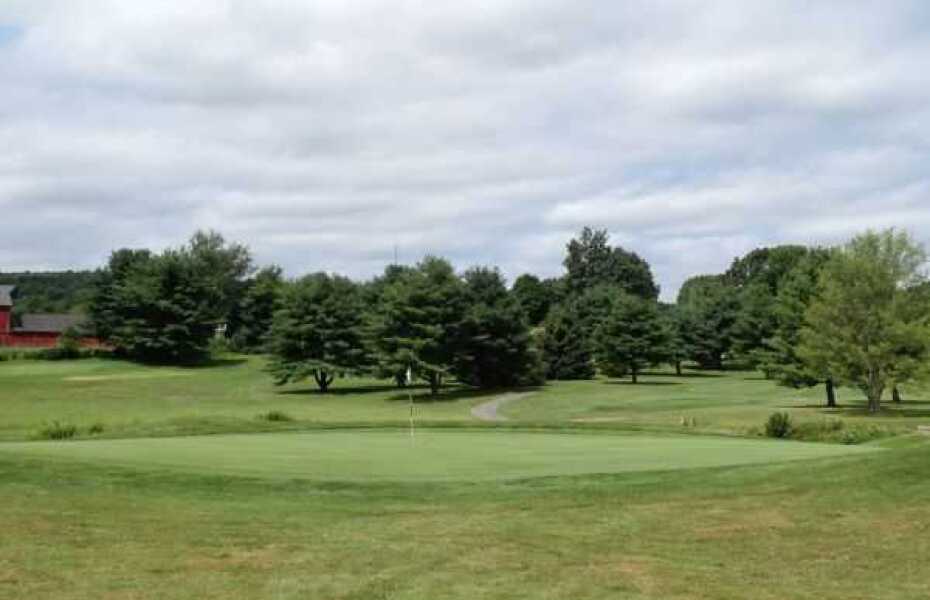 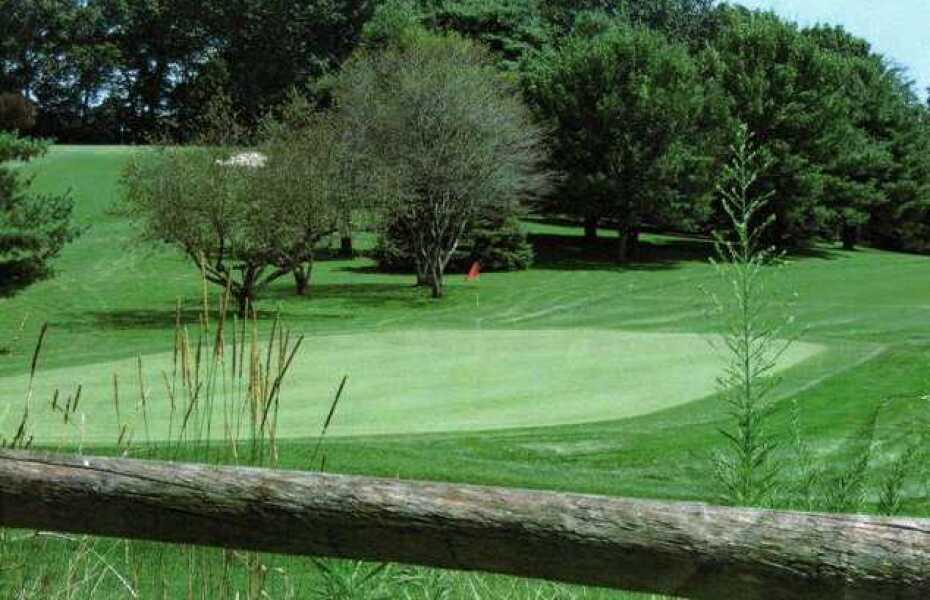