Course Challenges Include:
Bunkers 6
This Course's Location is:
Convenient to the City 7

We made reservations based on the advertising I heard on the radio. It was being sold as a beautiful course across the new bridge. I will say that the fairways were in good condition, but the tee boxes, and especially the forward teebox were a disaster and a joke! Dirt pan on some so hard the tee broke trying to enter it. Patches of thin dying grass on all boxes. Sad. No signage poimting to first or tenth tee. It was our first (AND LAST) time there and we had mo idea where to go. The pace of play on the back nine was atrociously slow. We will NEVER retirn to that course. I realize that "you get what you pay for,” but this exoerience wasnt worth $.30, let alone $30. If I could recall the radio station that ran the advertisement I heard (it was either 84 WHAS, 790 WKRD, or 93.9 the Ville) I would notify them as well and suggest that rumming these commercials damages their credibility with their listeners.

The new Bermuda installed two years ago has settled in, but the excess of trees has led to many dead spots and the grass is still very uneven, leading to a lot of bad lies, even in the fairways.
Going public has brought out the tee shirt wearing, jeans crowd leading to 4 1/2 hour rounds. You are actually better playing on Saturday when most of the members still play in the AM. They know how to move along a golf course.
Cart paths are in rough shape.
Greens are still great, some of the best in the area, but are being kept slow for some reason.
It's a very good layout but with the slow play and spotty conditions, you can find much better value either at Hidden Creek, or online through Golfnow or Golf18 at Champions Pointe of Valley View.

A great job getting this course back to greatness, it had slowly slid to "I really don't to go there " to wow! Great course

Course was in great shape for time of year. Frost took longer than expected to clear, but staff was courteous about the delay. Greens ran true. Bunkers needed a little TLC, but expected at this time of year.

jumped at the price .played early Bermuda grass was dead

Clubhouse called day before, our foursome tee time bumped 15 minutes, no big deal. Arrive to play, told we'll be held back but staff doesn't know how long and suggested we hit the bar - lol. Two kids at desk inattentive and apparently inexperienced. Had to ask if we could get carts, etc. We were pretty much ignored completely, our first time at this course. Our group hit the putting green and 45 minutes later we were still waiting to play. Nobody called us so we simply got in line to play. Greens and fairways in great shape, fast. Course is cramped and everything close together with traffic noise. Almost every hole a dogleg or elevation so it's tough if you don't know the course. Don't really need a driver, can use it on maybe 3 holes. Had 3 different groups hit balls very near us - we were keeping pace of play.

The Jeffersonville Elks is a nice semi-private, parkland-style, tree lined golf course. The Bermuda fairways are well-kept and firm. The bent grass greens are very nice, roll true, and are normally rolling around a 10.5-11.0 on the stimp meter. $45 to play a round here is a fair price.

The course has some great features.

No Marshall was around to keep all the pace of play on time.5 hours to play the course. 5 to 10 minute to tee off on each hole. The greens need some work. The 10th hole is near the highway and some of the fairways are to close to houses.

Good condition after a rough winter

The bermuda fairways have come in nicely. The 2013 winter was unusually hard on the course. It is in very good condition. The greens are fast but true.

It was a nice change in corses from my usual . The fairways were beautiful, greens were 8.5 out of 10. Hole location & Tee boxes were 9.0 out of 10. What was really nice to play a corse that in the recent terrible heat had a very low breeze, that no effect on game play but made a huge difference in my enjoyment. I intend on returning once a week here. It's not my "home corse", but has the possibility of becoming my new ALT. Corse. It was very unexpected in a good way to play 18 by myself. It was challenging as it should be, progressively from front to back 9's.

I played the course early in the season before the fairways came in and it was apparent that it is a marvelous course. Now that the fairway is in it is a beautiful course and in great shape! I just wish it was not 103 heat index. It played in about 3 hours and that was with losing a few balls. I usually score in the low 90s and this course challenged me to a 96.

Great course getting even better

Play here frequently. Course is in better shape than ever before. If you have rounds booked on Golfnow or through Groupon get them in as prices will probably go up and availability may be limited. If you want a great membership deal at a great club get the info now and sign up. You won't regret it.

Great day at the Elks

Zack took good care of us. The course was well kept and challenging. Players/members we encountered were very hospitable and friendly.

This course has room for improvement

It was an average course at best. It's tucked away in your typical southern IN town. Youre obviously not at an LCC or Big Spring CC, but the overall feel of the course beats the heck out of the likes of Crescent Hill, Cherokee, and Seneca.

There was one "golf ranger" in particular who put a damper on our experience. At #8, he confronted us regarding the signs directing golfers to drive on the fairways only at 90 degree angles. I understand he has the right to approach us if we were not following a course recommendation, but it was the way he approached us. Dangling his "ranger" flag in our faces, talking down to us like we were both 10-years-old. When, in fact, he was talking to a 24-year-old who works part time while putting himself through school and a 23-year-old graduate school.

Probably won't play the course again bc of this one negative experience.

Great course for the value

This course has a great layout that will challenge you if you miss in the wrong place. While the fairway grass was reseeded ealier this year, it was in good condition. No range but they have a hitting net. Fuzzy Zoeller and Jay Haas were the club champs here back in the day.

They had to kill off all the fairways. Just now growing back. The course can be a death trap if your not careful . Lots of trees and heavy rough

this course was easy-to-use because it's flat and wide. The fairway was a mostly patchy. However, the rough and greens were in great shape.

Oh my gosh, what a terribly inaccurate review. This course features lots of mature trees which block shots and force you to move the ball. A beginner gets roasted out here. It's a tough course that starts out mild and gets progressively harder. Greens are phenomenal but with lots of subtle break and a lot of undulation. Three of the hardest holes in the entire Louisville area are located at this course. It's a quality layout, but if you are a beginner, try Covered Bridge or Hidden Creek, or a local muni.

The course had a pretty view

It was an excellent looking course, not a whole lot of trouble though. Fairways were rough and the greens were somewhat hard 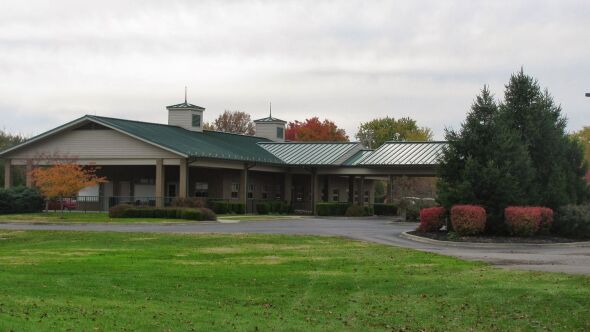 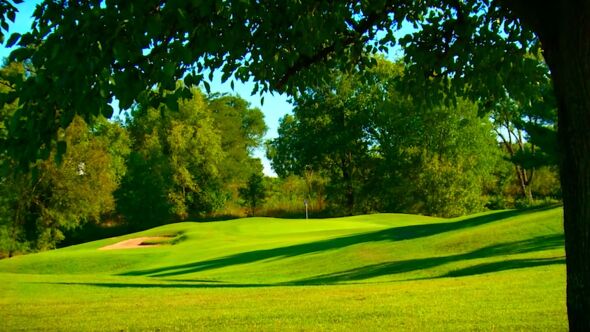 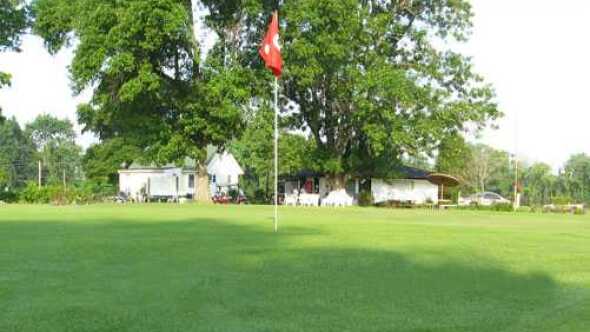 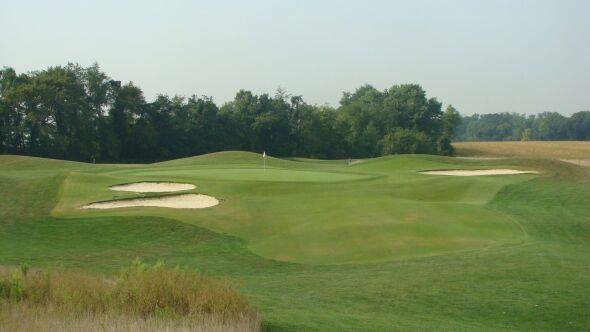 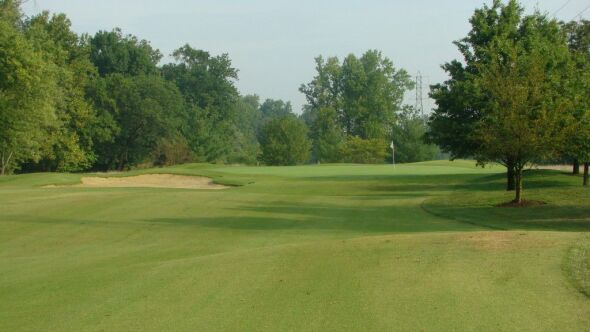 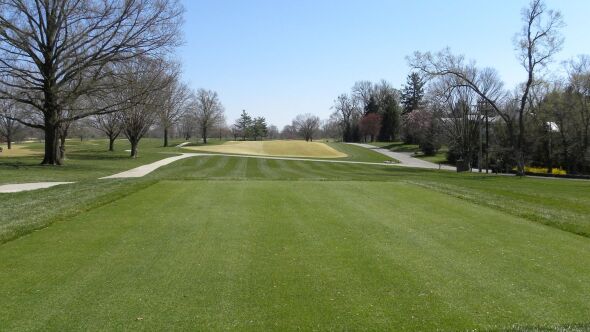 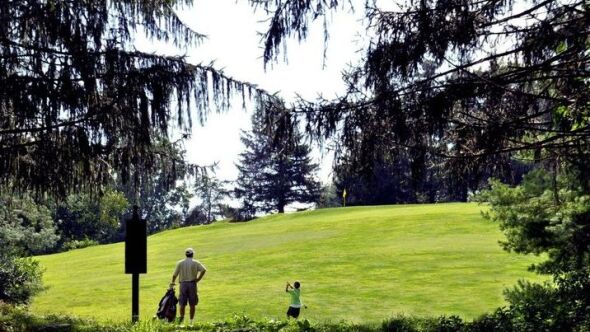 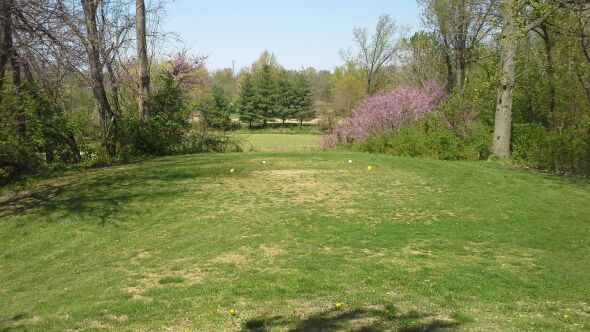 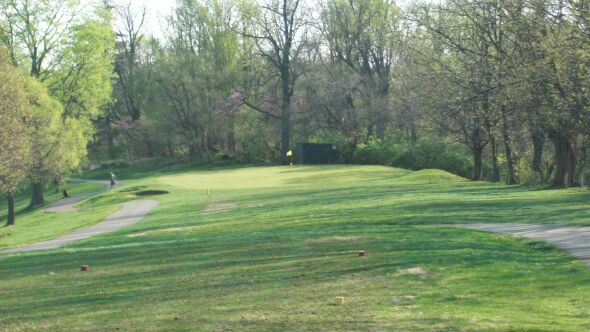 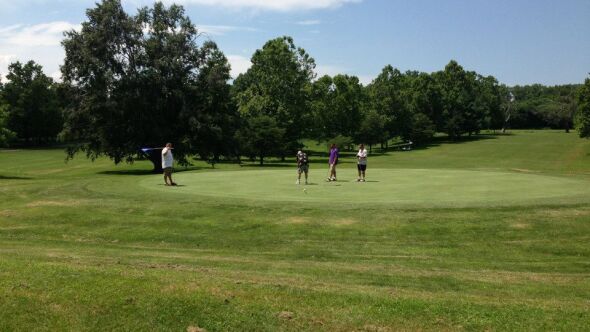 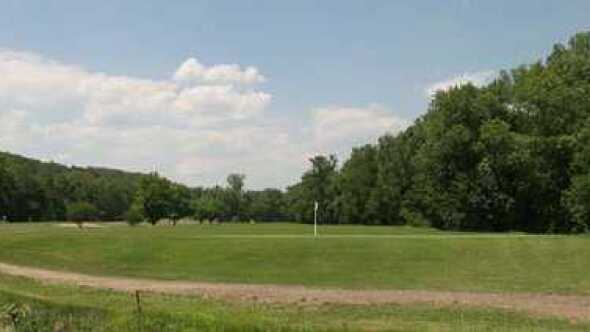 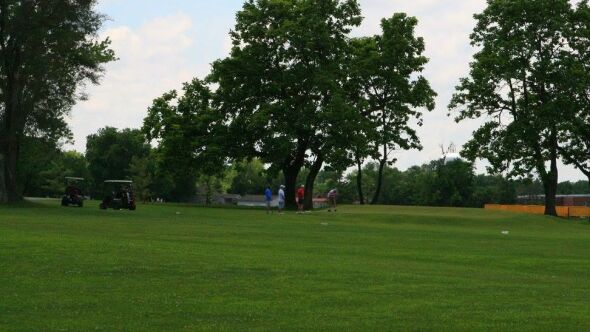 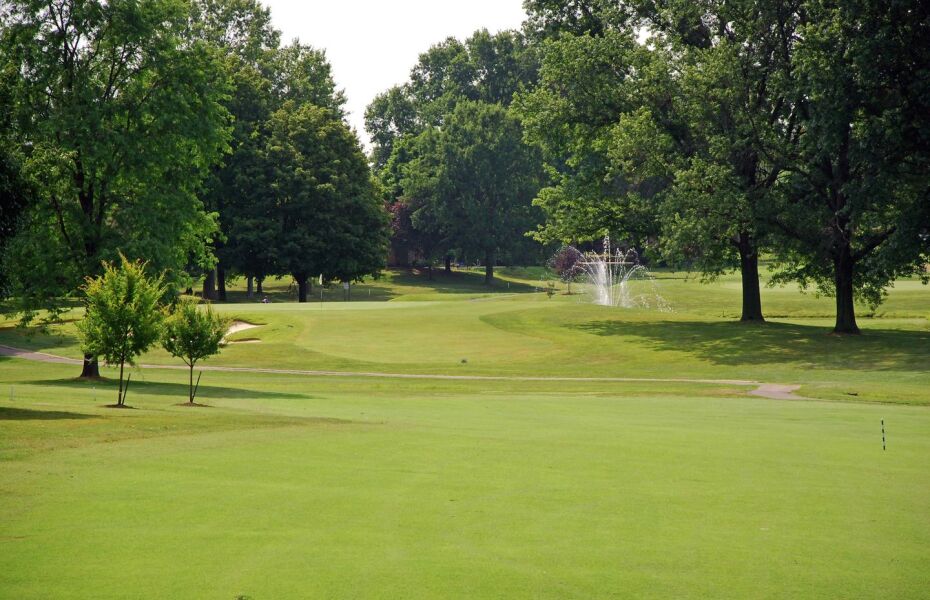 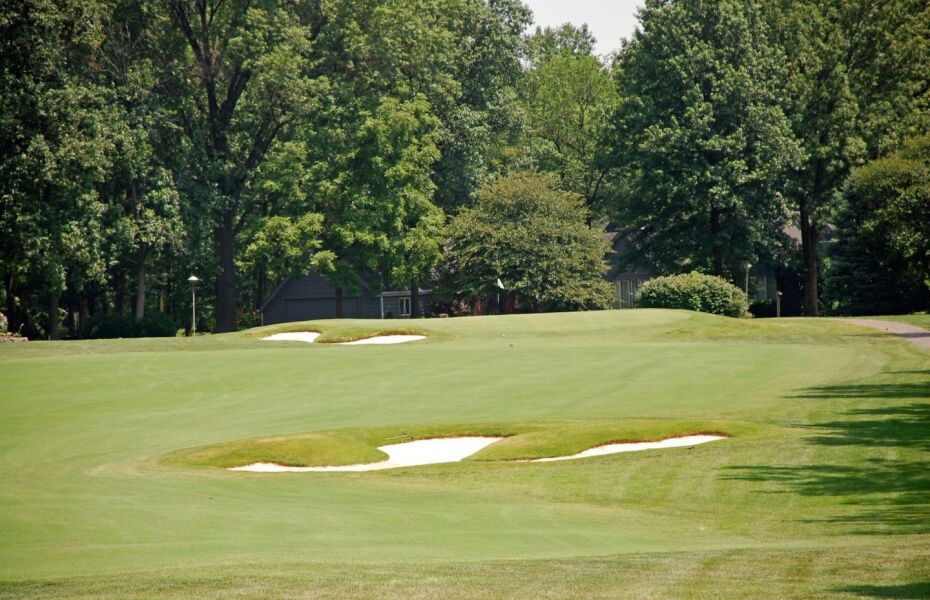 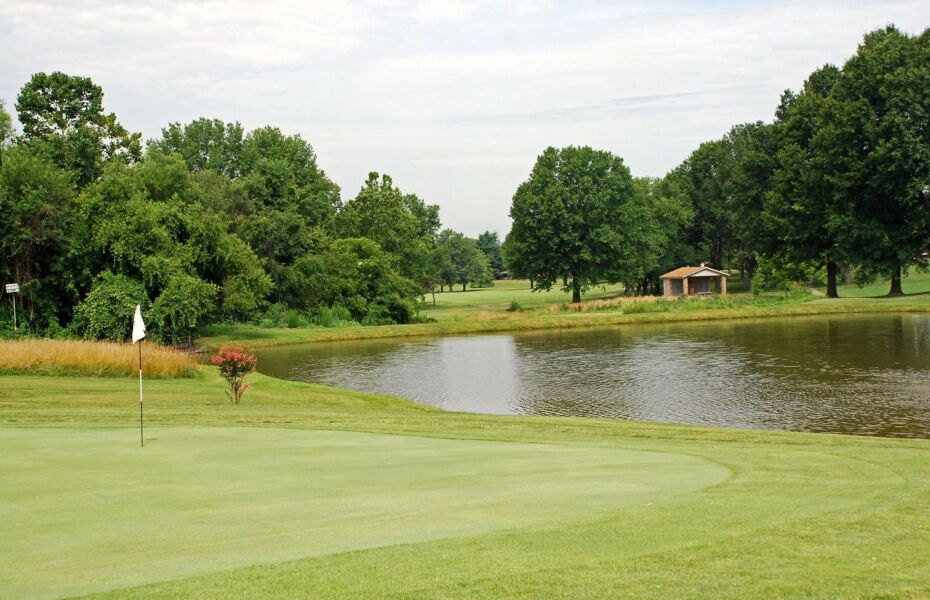 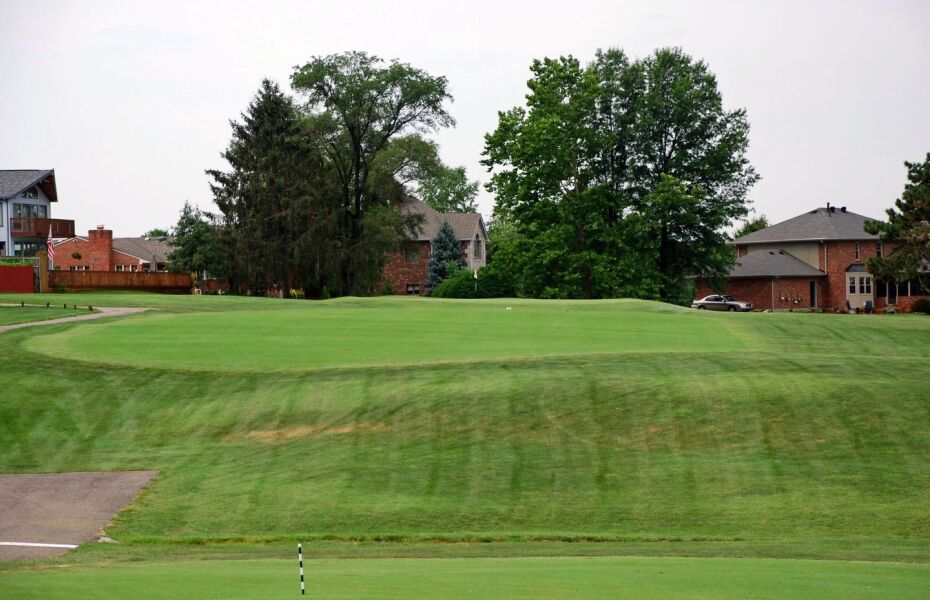 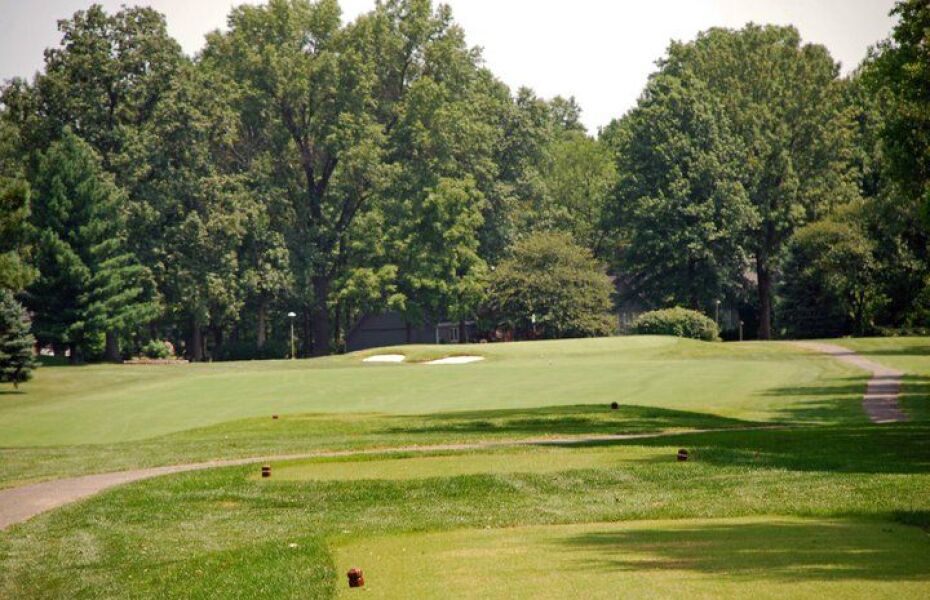 A view from the 16th tee at Elk Run Golf Club 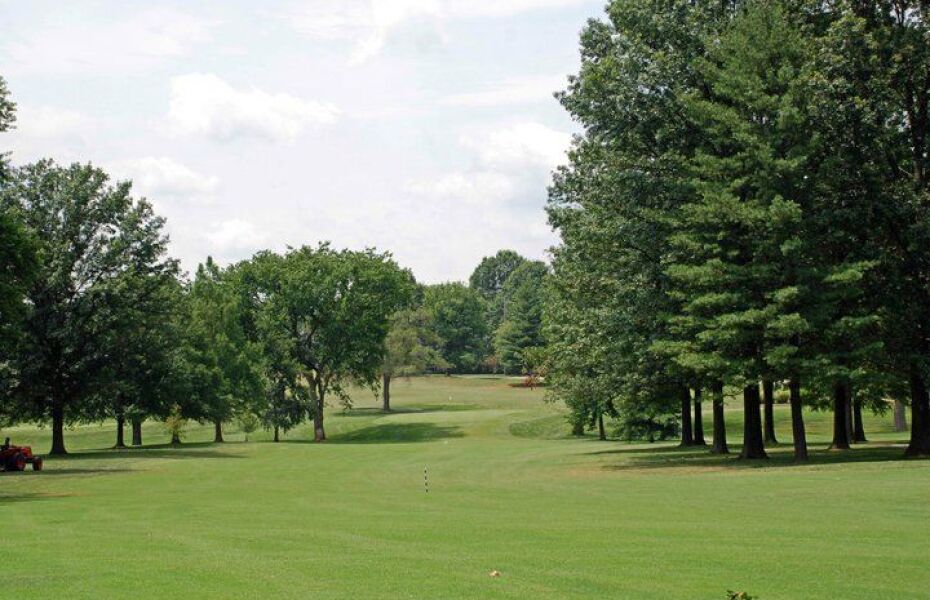