The 19th Hole is Great For:
Drinks 15
Patio Dining 8
Brunch 7
Course Challenges Include:
Elevation Changes 17
Water Hazards 14
Narrow Fairways 10
This course/club is great for:
Locals 17
Advanced Golfers 13
Wildlife/ Scenic Views 12
This Course's Location is:
Worth the Drive 15
Convenient to the City 11
Near Local Attractions 9

This course has a great, fun, and challenging layout. Practice green is large, with room for plenty of people to get reps in at once.
Some fairways we're a little soggy, but still early in the season.
Love the way each hole sets up here.
A couple of nitpicks:
1. The green on #2 is completely unfair. Even putting from below the he, the ball rolls backwards all the way to the fairway.
2. Need a grass tee driving range options. Mats are not good for everyone.
3. Tee boxes are uneven. Tough to find a tee position where the ball is not above or below your feet.

Hi! Thank you so much for leaving us with your feedback. We value our customer experience, so your review is important to us. We will make note and we hope to see you back at Loudon Country Club!

We appreciate you taking the time to review the course and rate us. We are going to pass on your feedback to the team. Thanks for visiting Loudon Country Club, and we hope to see you again in the future.

Thank you for reviewing us! We see you rated the course 3-stars and are interested in learning what we can do to improve before your next round. Feel free to comment on this review or reach out to the team in the golf shop. We always appreciate the feedback. Thank you for playing Loudon Country Club, and we hope to see you again soon.

Go enjoy a round at Loudon!

Loudon is open for the season & has been for a couple weeks. The course is in great shape except for a few low spots on some fairways that are quite wet... But there has been a lot of rain lately. The greens are very fast right now! Has not been very crowded yet so pace of play is great! Loudon is a bit challenging and is somewhat hilly... Not to the point one can't walk it but enough to make it more challenging than a level flat type of course. It's definitely a challenge for a true beginner but it will prove advantageous to improving your game rather rapidly. Bottom line... I highly recommend it no matter what one's skill level and ability! Also, Loudon has some of the most reasonable green fee rates in The Lakes Region!

It's family owned (father & son) and is 99% run & operated by the son (who is not "a kid"... He's "Baby Boomer" generation). The father is semi-retired now but is still at the course often... Usually earlier in the day. Bottom line... Both the father & son are fantastic people, a wealth of knowledge re: golf, exceptional players, are always very friendly, eager to help one out, and know most members by name. Loudon is a semi-private course but the public is always welcome at any time to play. Because Loudon is not corporate owned... It seems much more down to Earth, the owners are on-site daily, as stated, are very friendly & always eager to help and makes things (whatever it may be) "right!" Loudon's atmosphere is the opposite of a large corporate course in that one knows who owners are and, as stated, they're on-site daily (visible to customers & not some mystery person), friendly, helpful, and unlike a large corporation course, seem to actually really care about their customers! To me, a large corporate course always seems to be cold, callous, no super friendly staff, staff not very helpful and lackadaisical, and the course only concern themselves with maximum profit (which I do understand) all at the expense of the customers/players by treating them in a very aloof, somewhat apathetic manner.

"The 19th Hole" at Loudon is a bit small but there is outdoor seating on the deck also. The drinks are reasonably priced & a good selection. The food is fantastic! Everything is homemade & cooked to order! There are daily food specials. I could recommend numerous dishes they serve but the two that really stick out are the whole-belly fresh clam plate (It's huge) and the eggplant parmesan (It's awesome but not on menu... It's an occasional special)! I have never eaten anything at Loudon that I didn't like! They serve from very early morning & have a breakfast menu and continue serving all day & into the evening from the regular menu. Most staff in "The 19th hole" are all very friendly, attentive, and treat customers professionally... In a non-discriminatory manner.

***But FYI... Especially for women who may want to have a drink or get a bite to eat on a Tuesday OR Thursday afternoon/evening. The bartender who works those two days named: Amy is THE rudest person I have ever dealt with anywhere in the entire nation where I was the customer! She hates women and flagrantly discriminates against them by treating them all like complete trash! If you're a woman & have to deal with her expect a LONG wait to get a drink because she'll ignore you! Once she does decide to help you, she's very rude about it! She likes to think she's "worldly" & "educated" but after even a short conversation with her it becomes blatantly obvious she is anything but "wordly" and/or "educated!" I can easily recognize her lack of education as I have a graduate level education yet it's apparent her education does not go beyond HS if it went that far. One day last season I had played, went in to have a drink, & Amy was working. We were talking & I believe the topic was re: The Federal budget. She said something about it which was total misinformation, untrue, and erroneous. I told her she was incorrect & went as far as pulling up the Fed. Gov't website (a .gov site) on my phone showing the correct info & proving her statement to be untrue. She refused to even look at it nevermind read it, got extremely angry because I told her the info she stated was wrong and had the proof to show her on phone screen from a .gov website. Then (this part is completely incomprehensible) in a room filled with customers, told me I didn't know what I was talking about, became beat red in the face and literally screamed at the top of her lungs directly to me "SHUT-UP!!" She then immediately threw down what she had in her hands, told the cook to tend the bar, and left the bar area to go outside! She didn't leave premises but just walked out! Amy's behavior toward men is the exact opposite of how she treats women! She is way overly flirtatious (to point of totally inappropriate) whether you're wearing a wedding band or not, wears very low cut clothing & skin tight jeans (that she is way too old to wear on account she's about 50), and has an annoying giggle everytime she converses with a man. Bottom line: Amy is by far the worst employee at Loudon and has no business working anywhere in a position involving customer contact! I have held general manager positions in the past in a restaurant and if one of my employees ever screamed at the top of one's lungs in a crowded room telling a customer to "SHUT-UP" in a very angry tone the way Amy did at me... That employee would be looking for a new job the next day! Period! That behavior is totally unprofessional, inappropriate, and downright abusive! But, in Amy's case, par for the course because, as stated, she hates women and treats them like trash! I'm living proof! Her horrible treatment of women is continuous... Not a one time thing! It occurs with every interaction over the course of time! So... Ladies... Be forewarned!***

With the exception of Amy at "The 19th Hole" on Tues & Thurs especially if you're a women... Loudon is a great place to play a round, get a bite to eat as the food is so good, have a cold drink, and socialize for a bit! As stated the owners (father & son) are fantastic, awesome people, the other employees are all friendly and helpful, and the course is in great shape (and very well maintained all season)! Loudon is a diamond in the rough and not to be missed!!

The staff was excellent and flexible as we originally booked to walk the course and thankfully didn't. The course has many elevation changes, but we took carts and had a great time!!!

Thank you so much for leaving us with your feedback. We value our customer experience, so your review is important to us. We will make note and we hope to see you back at Loudon Country Club!

I play here many times each year, the staff is great The course is fun and fair.

Thank you for reviewing us! We see you rated the course 3-stars and are interested in learning what we can do to improve before your next round. Feel free to comment on this review or reach out to the team in the golf shop. We always appreciate the feedback. Thank you for playing Loudon Country Club, and we hope to see you again soon. 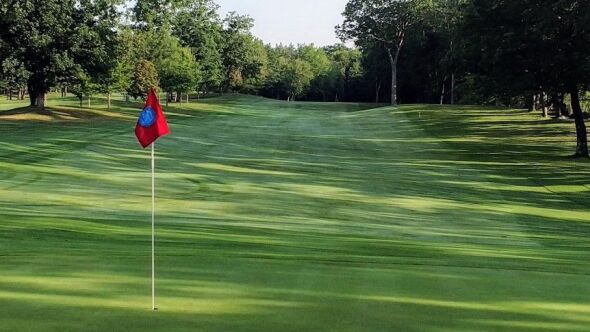 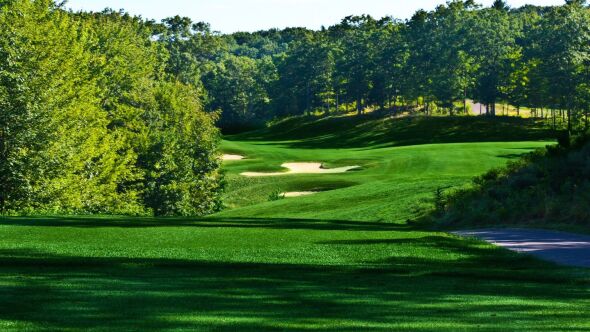 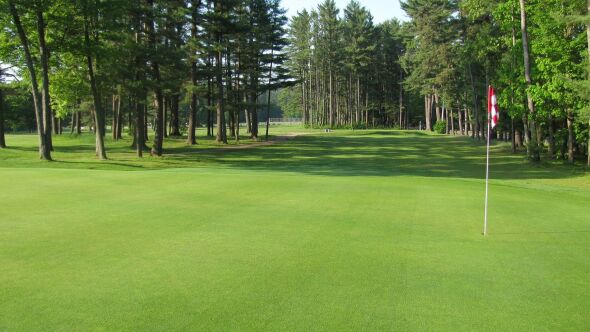 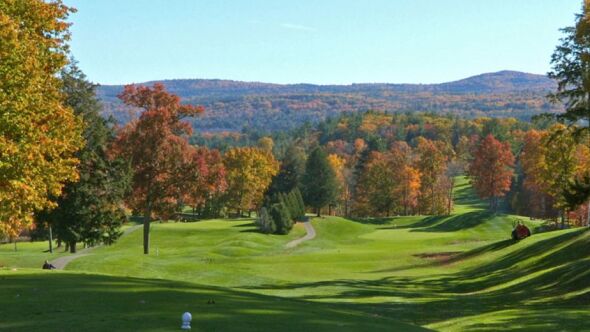 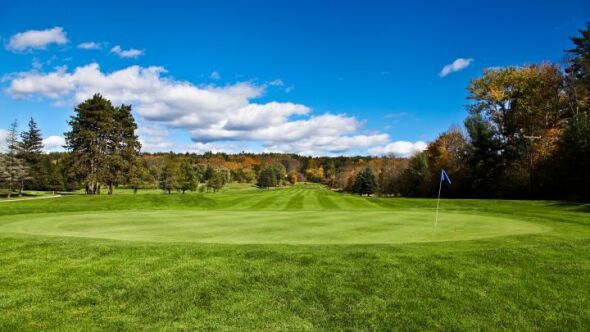 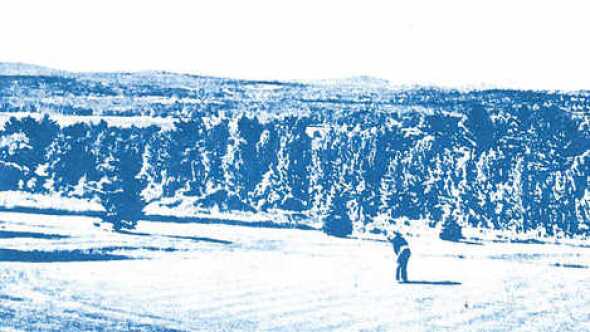 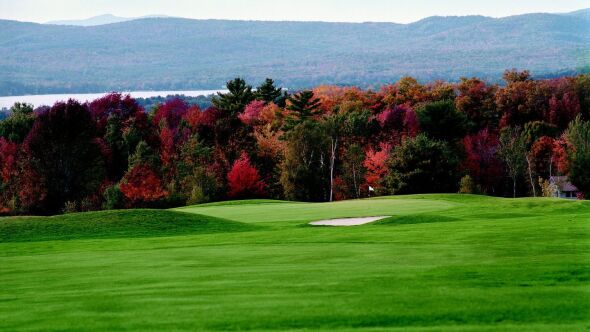 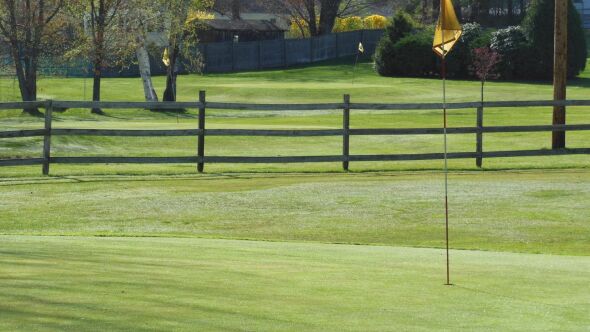 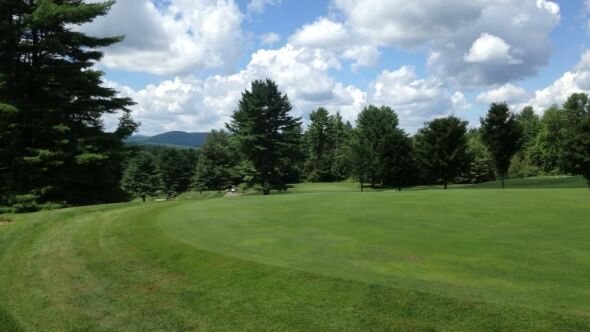 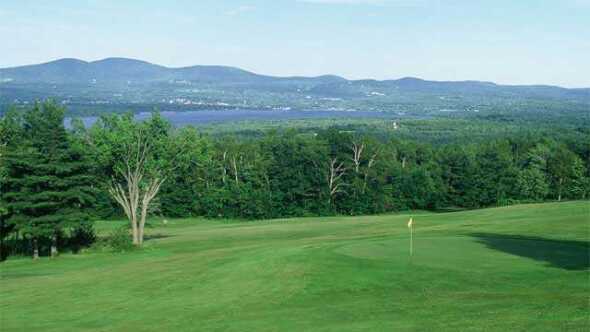 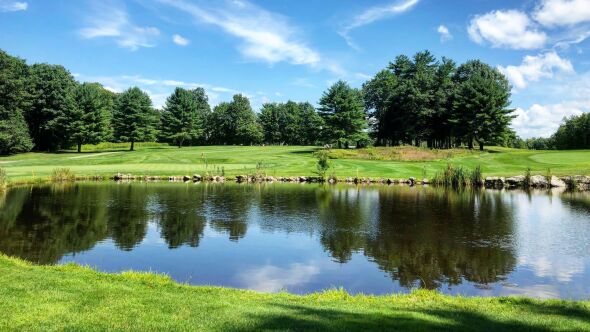 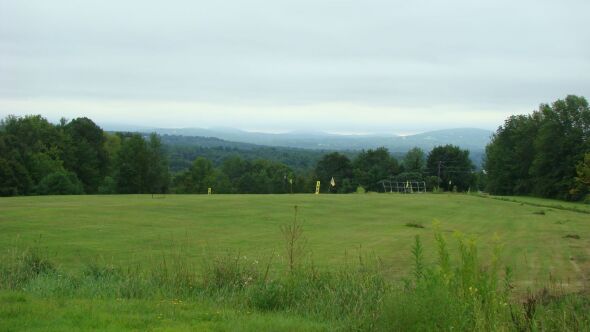 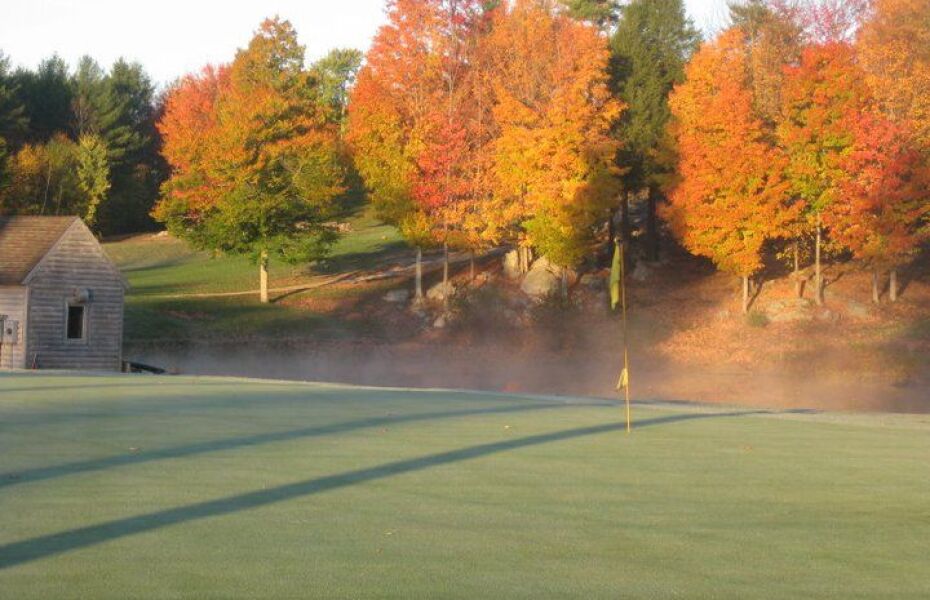 A view of the 9th green at Loudon Country Club 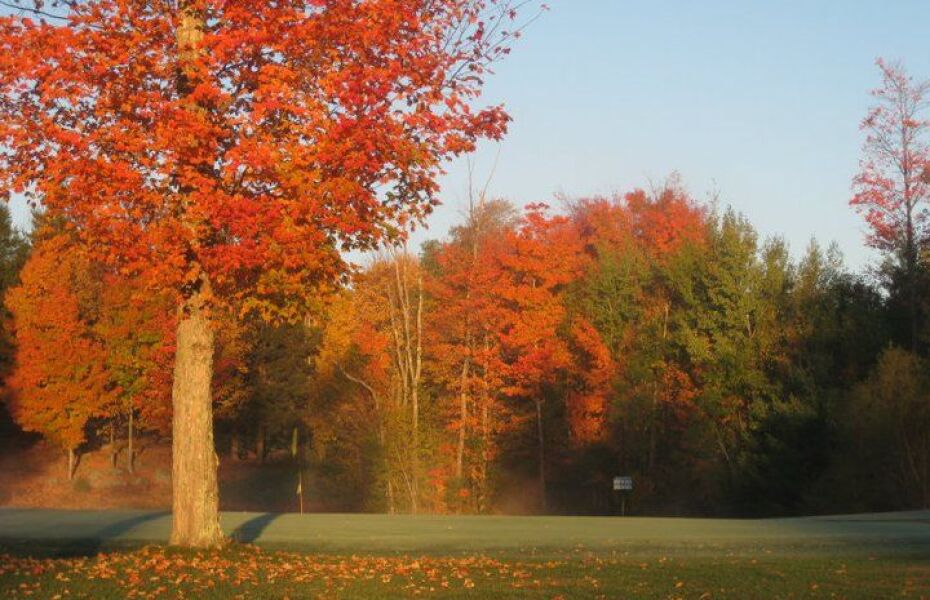 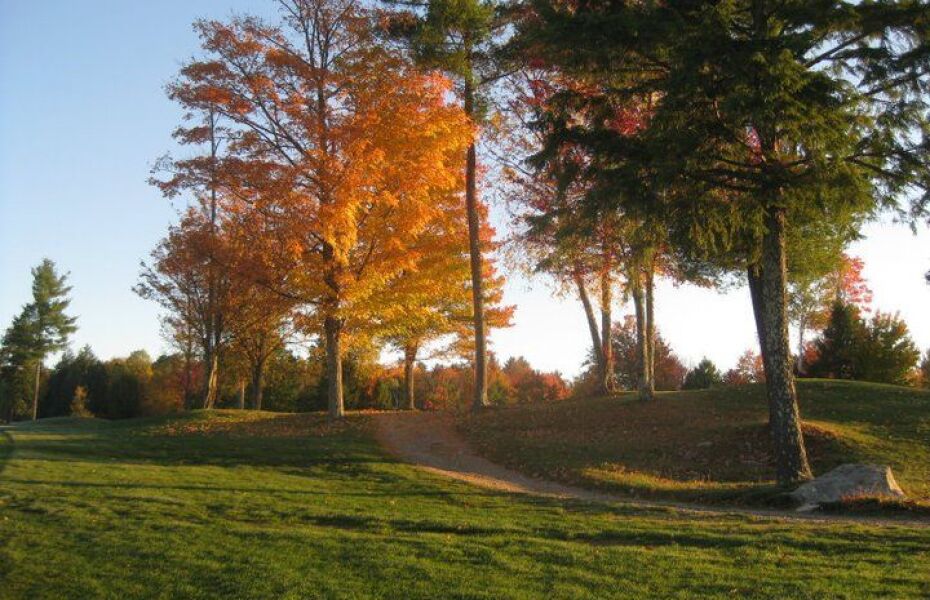 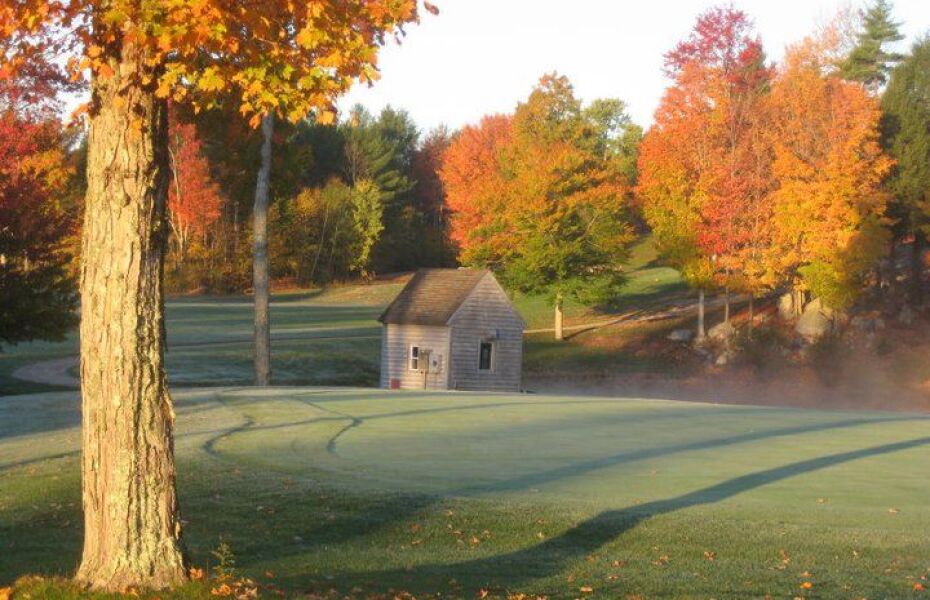 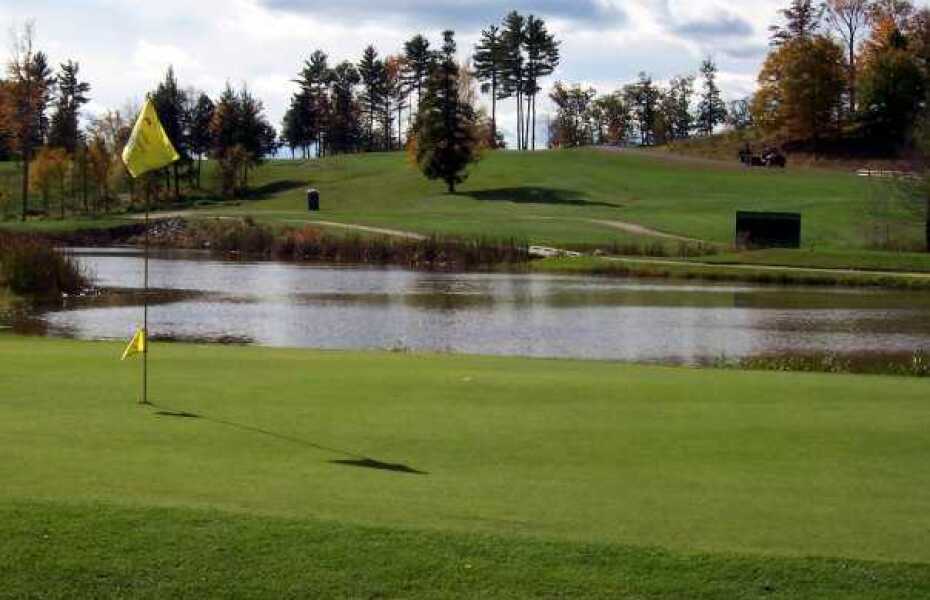 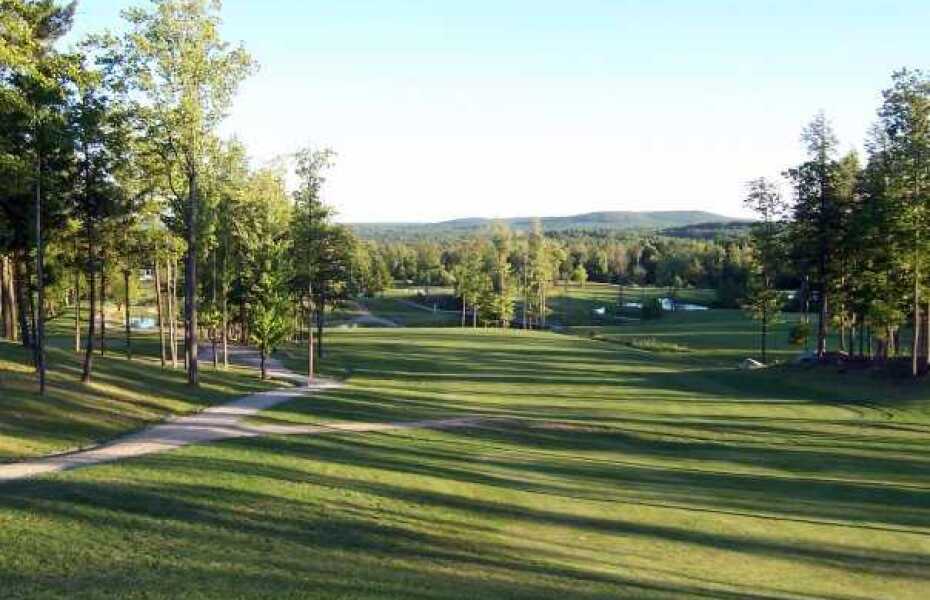