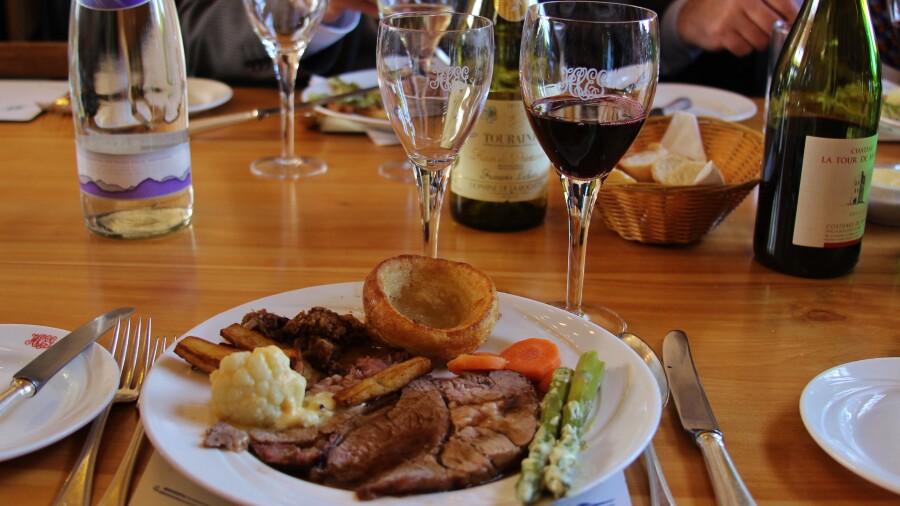 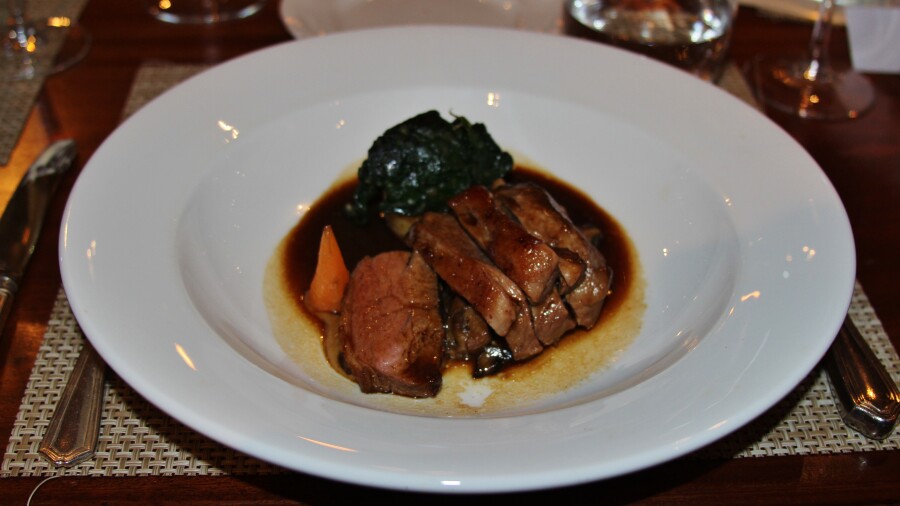 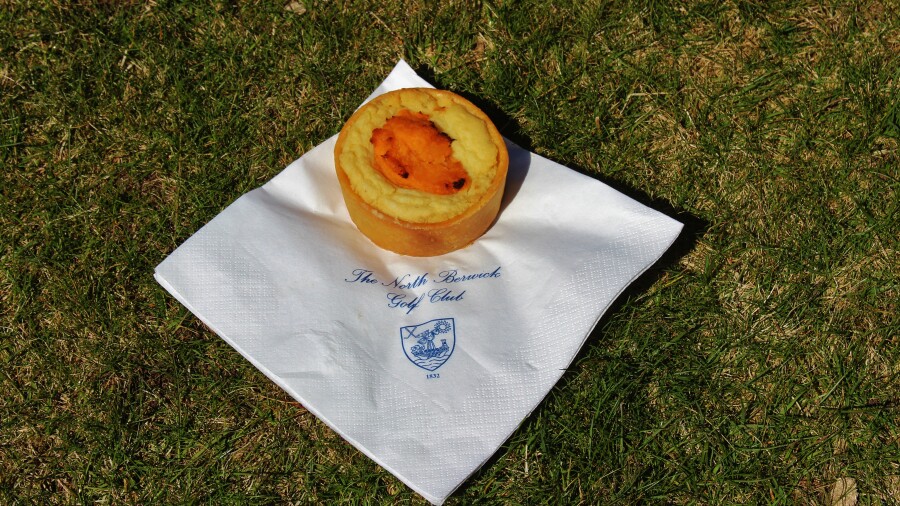 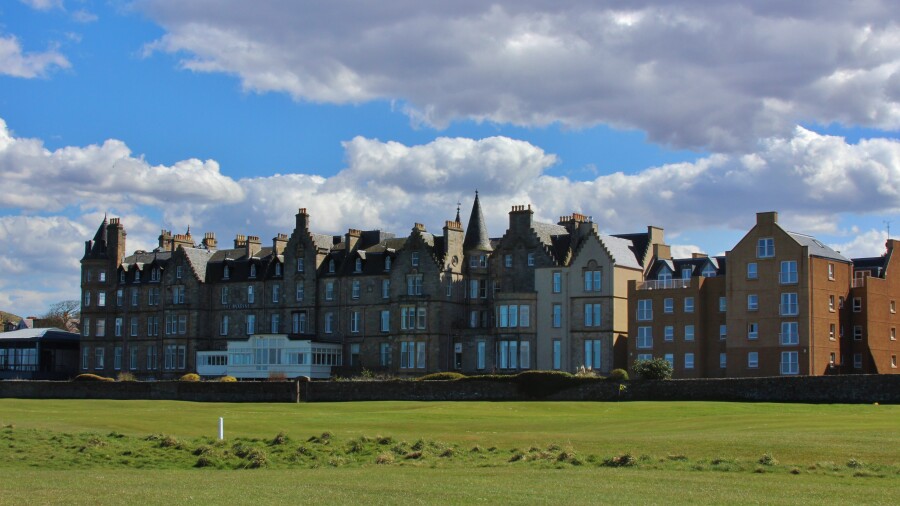 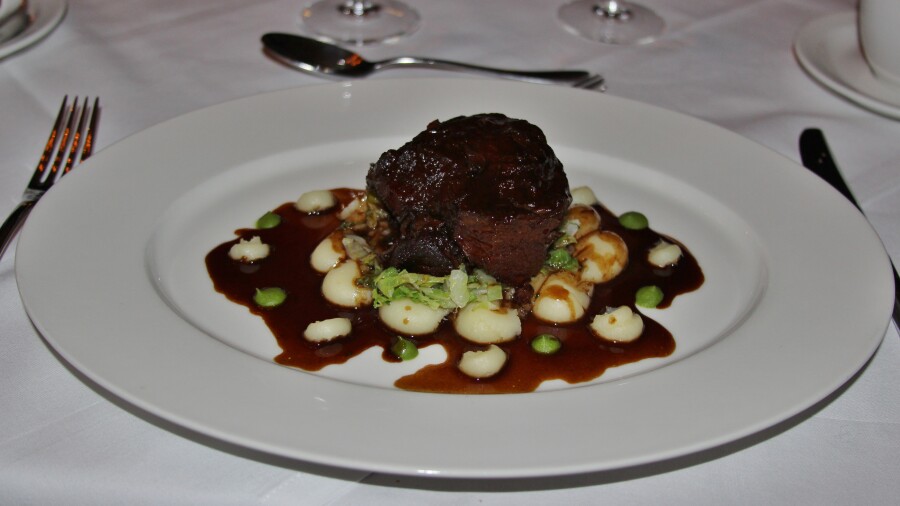 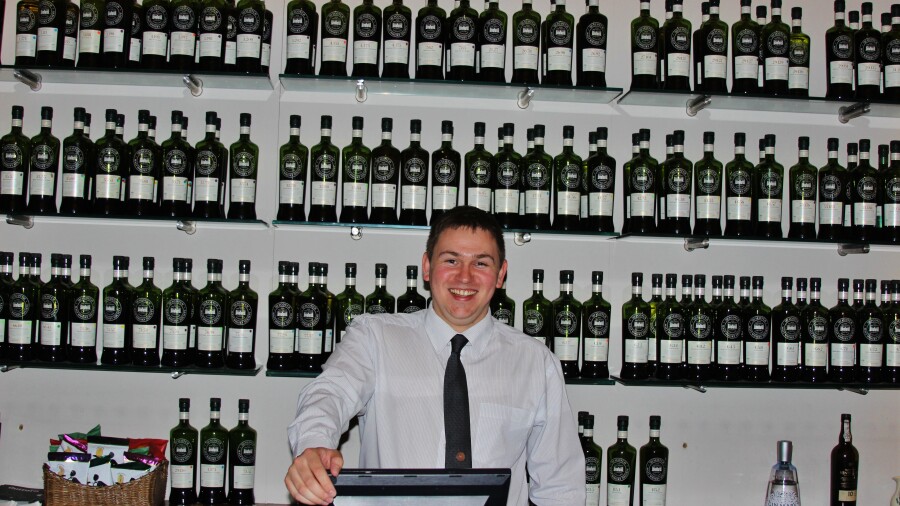 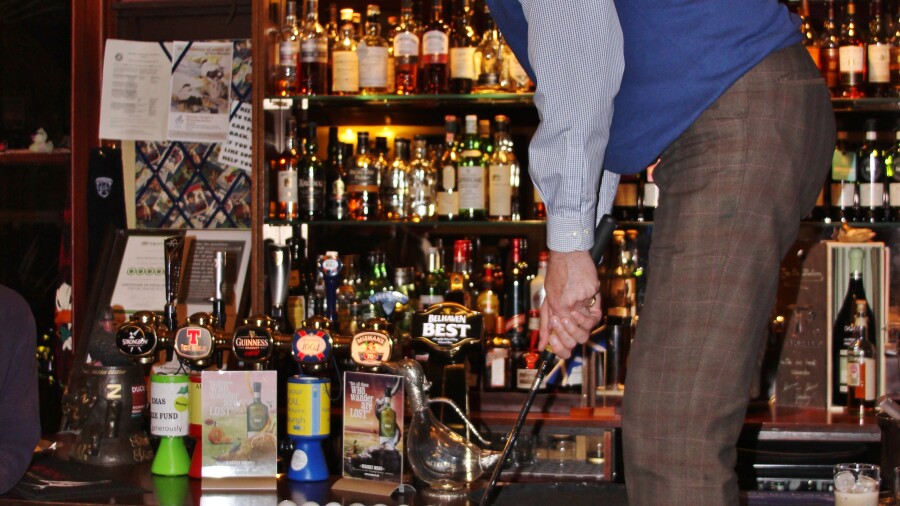 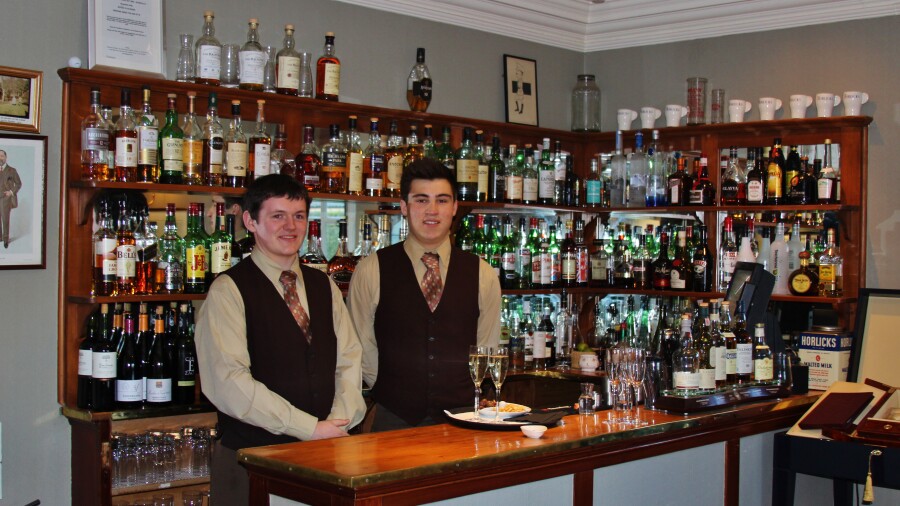 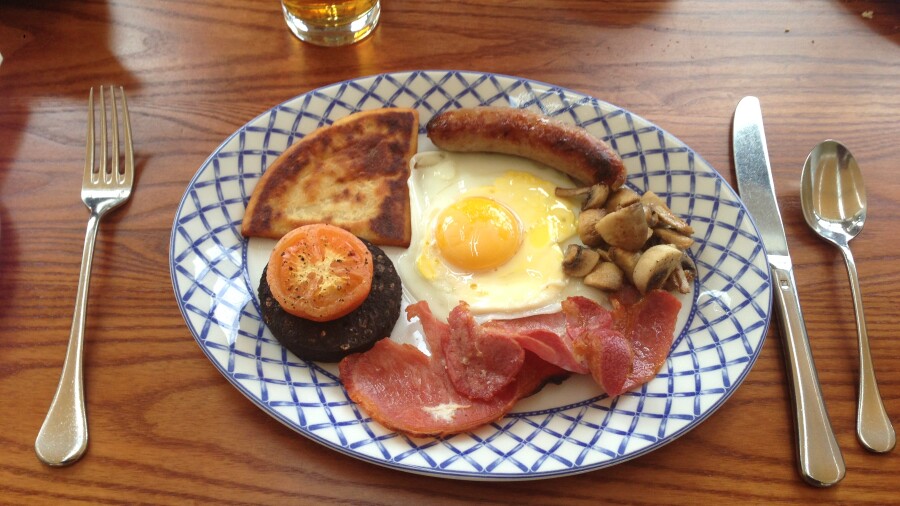 From haggis to beef and beyond: Scotland's best food for golfers

EAST LOTHIAN, Scotland -- Blame the haggis and the British influence for the bad rap bestowed upon the food in Scotland. Meals served on a golf trip to the "Home of Golf" don't have to be bland like the grey skies outside. Bright spots can be found in certain kitchens and dining rooms, just as the sun occasionally shines upon a seaside links.

Haggis sounds awful -- a mixture of a sheep's heart, liver and lungs cooked for hours with minced onion and various spices -- but it actually tastes quite good.

When it comes to food and fun in East Lothian, nobody does it better than Duck's at Kilspindie House in Aberlady. Owner Malcolm Duck can perform a spirited "Address to A Haggis," written by Scottish poet Robert Burns in the late 1700s. Post-dinner drinks and putting games in Donald's Bistro Bar will certainly cap a great night.

Plate for plate, though, it's tough to beat the talent of John Paul, the executive chef of the Macdonald Marine Hotel & Spa in North Berwick. Even if you can't get inside the gates at Muirfield, it's still wise to make a reservation at the Chez Roux Restaurant inside the Greywalls Hotel next to the club. The fine food -- I can personally recommend the Black Isle Lamb -- and intimate setting will combine for a memorable meal.

The Scotch Malt Whisky Society is normally for members-only, but the dining room of the Queen Street location in downtown Edinburgh is open to all. It's the perfect place to savor a night in the city, not to mention drink from the drams of the club's extensive collection. Golfers playing it safe can never go wrong with ordering fish and chips, a staple at pubs and golf clubs around the United Kingdom. 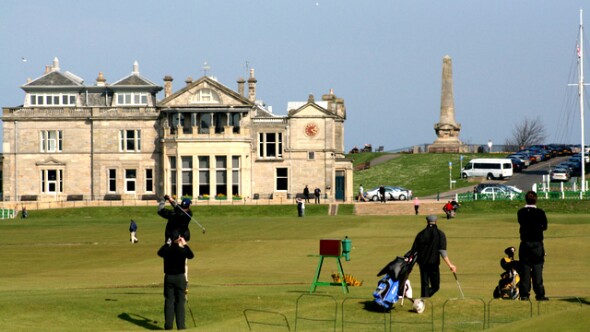 Articles
4 Min Read
Planning a Scotland golf vacation? Five travel tips you should know
So your golf group has finally decided it's time to take the plunge and book that grand Scotland golf trip, but it may take some time to figure it all out. TravelGolf.com offers some advice to help you get started on that dream vacation. 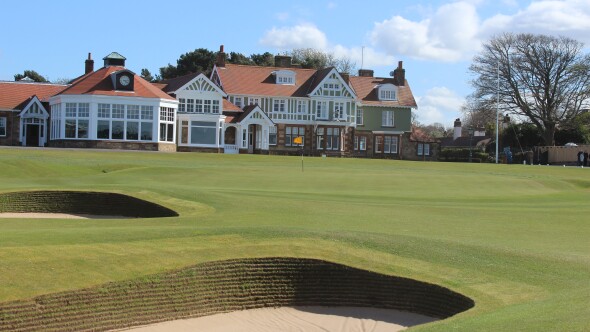 Galleries
12 Images
Discover all 22 courses along Scotland's Golf Coast in East Lothian
Too many golfers visiting Scotland chase a pipedream of playing all the great links -- St. Andrews, Muirfield, Turnberry, etc. -- in one trip. It's better to pick one region to stay a while. "Scotland's Golf Coast" along the southern shores of the Firth of Forth will charm and delight any golf group. There are 22 courses within close proximity to one another, providing convenience and variety. All of the links are easily found by following the coast roads from Musselburgh to Dunbar. 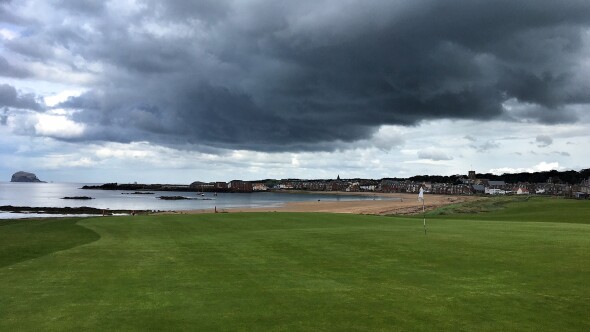 Articles
4 Min Read
Golf in the Gullane, Scotland area lives up to the hype
The Gullane area makes a compelling argument to live up to its lofty billing as "Scotland's golf coast. 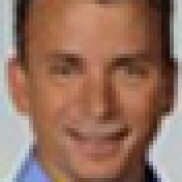 Articles
4 Min Read
Explore East Lothian: Scotland's Golf Coast
East Lothian, otherwise known as "Scotland's Golf Coast," features a collection of links as good as anywhere in the world. St. Andrews might be the "Home of Golf," but this region that hugs the southern shores of the Firth of Forth just 30 minutes east of Edinburgh remains steeped in the history and tradition of the game. There are 22 courses along the Golf Coast, many of them links. If you seek their dunes and wind-swept fairways, here are the five best to play. 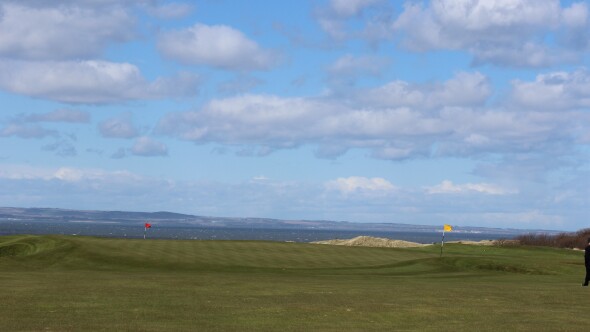 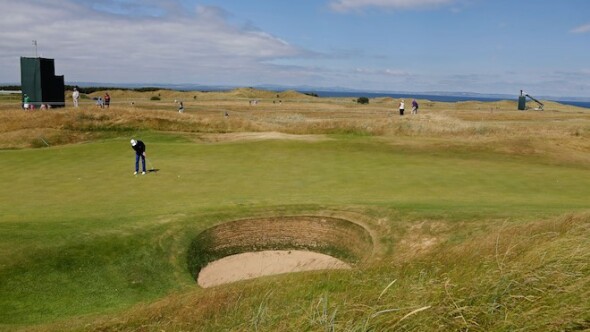 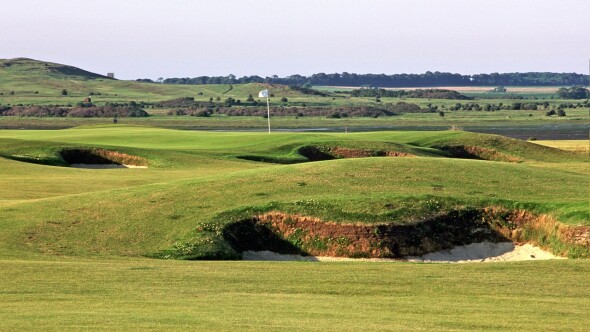 Galleries
13 Images
Photo gallery: Best of Scotland's East Lothian region in pictures
Scotland's East Lothian region is Edinburgh's golfing coast. It is just a few miles east of the capital city and is home to more than 20 courses, including the Old Links at Musselburgh, the very influential North Berwick Golf Club, Gullane, Dunbar Golf Club, Kilspindie, Craigielaw and more. Here's a look at some of the area's top golf courses in pictures.

By Brandon Tucker
Read More
Load More
Now Reading
From haggis to beef and beyond: Scotland's best food for golfers
New Cookie Policy
WE AND OUR PARTNERS USE COOKIES ON THIS SITE TO IMPROVE OUR SERVICE, PERFORM ANALYTICS, PERSONALIZE ADVERTISING, MEASURE ADVERTISING PERFORMANCE, AND REMEMBER WEBSITE PREFERENCES. BY USING THE SITE, YOU CONSENT TO THESE COOKIES. FOR MORE INFORMATION ON COOKIES INCLUDING HOW TO MANAGE YOUR CONSENT VISIT OUR COOKIE POLICY.
CONTINUE
Search Near Me