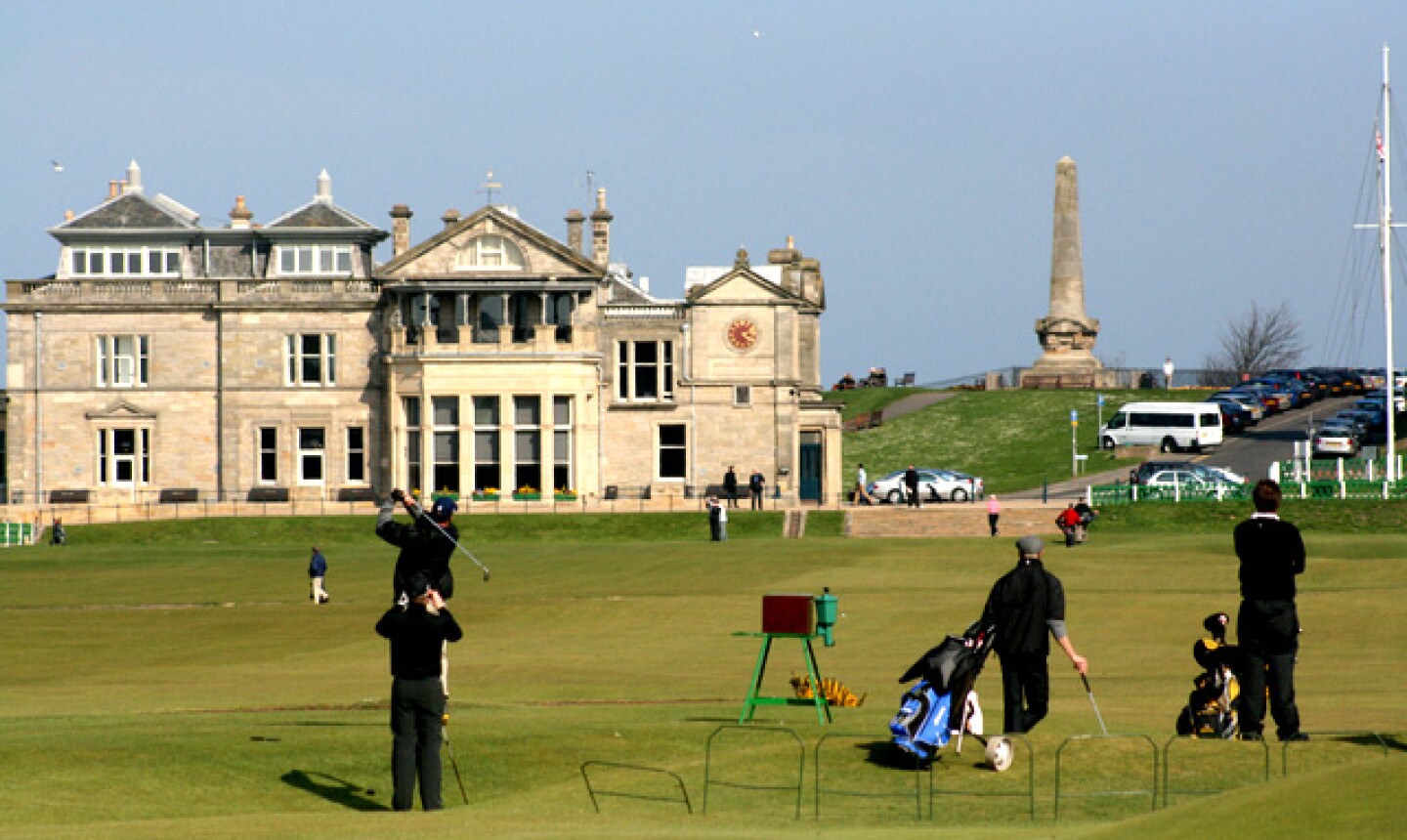 Every group wants to play the Old Course at St. Andrews, but you'll have to decide at what cost. Brandon Tucker/Golf Advisor 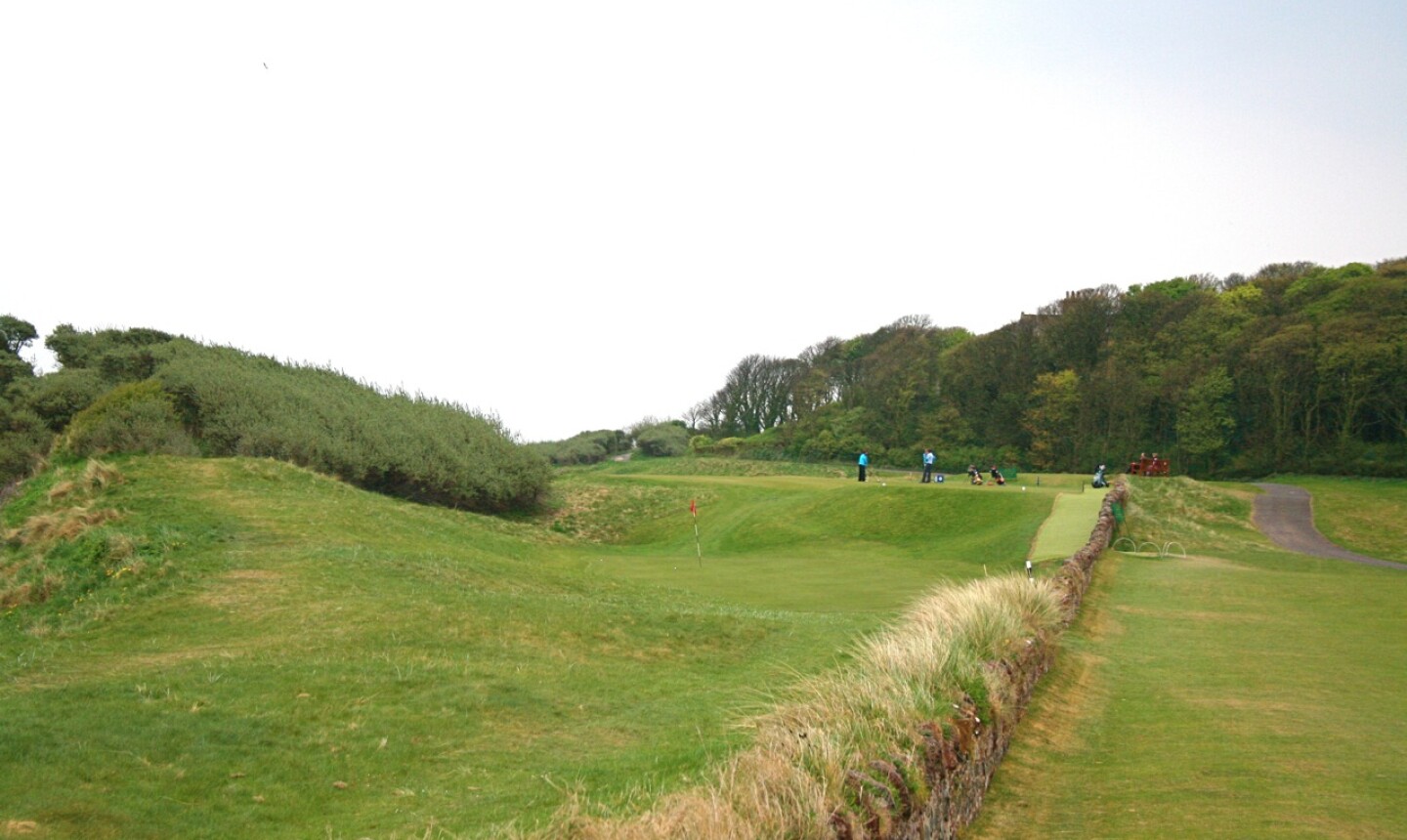 If you stick to only British Open venues, you'll miss out on famous holes such as the "Pit" at North Berwick Golf Club. Brandon Tucker/Golf Advisor 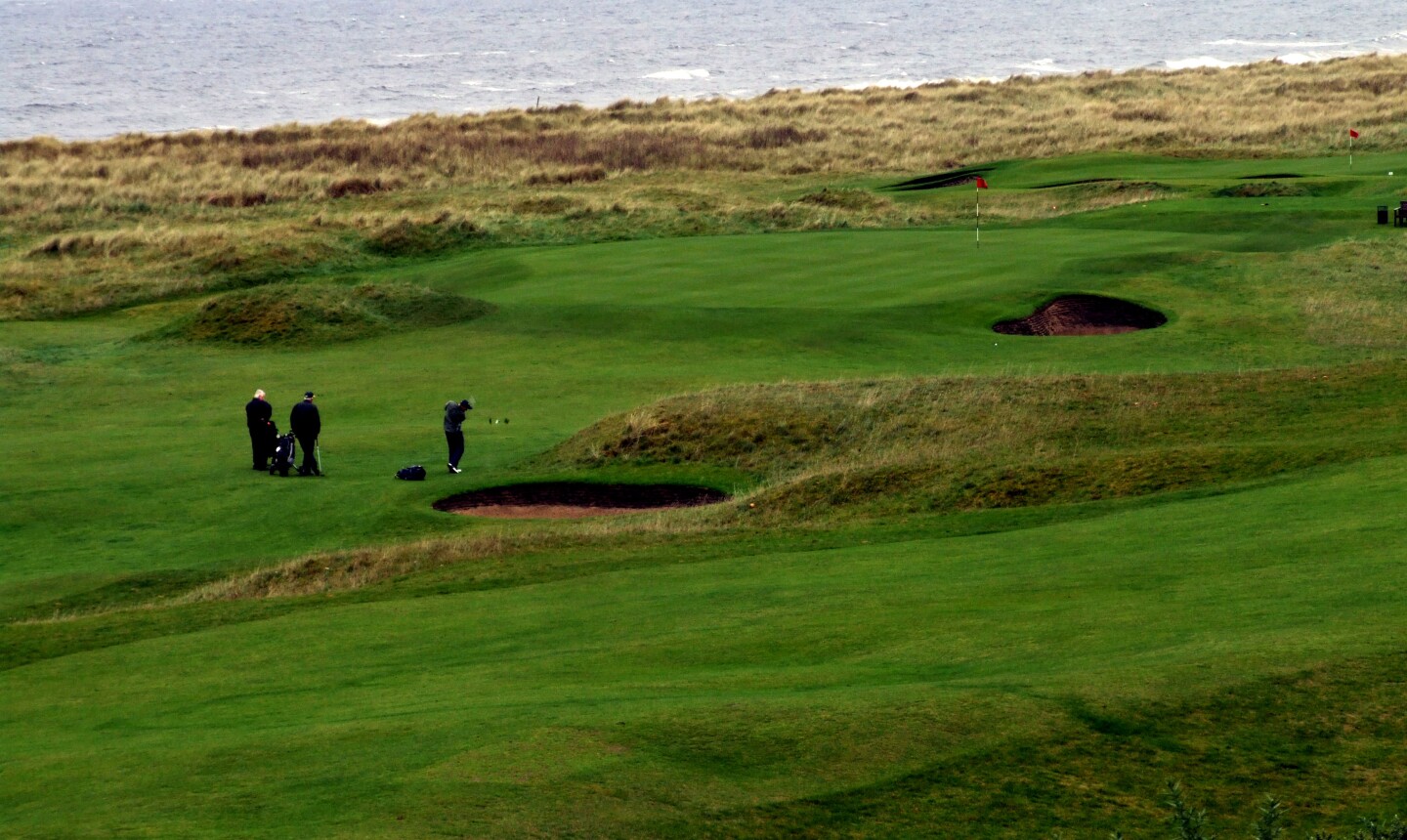 EAST LOTHIAN, Scotland -- So your golf group has finally decided it's time to take the plunge and book that grand Scotland golf vacation.

It'll take a little time and a few roundtable meetings to sort it all out, but here are five standard-bearers that are pretty universal to any golf group. It should to help you get started on that dream vacation.

Don't try and see all of Scotland on one visit

Scotland may look small on the map, but look closer. Roadways are seldom straight lines, especially when you're navigating the lochs around the coastline. Not only are fuel costs about three-to-four times more expensive than in the U.S., but also it's better to smell and touch rather than view the country from your car window four hours a day.

Rather than try and see everything from Ayshire to Dornoch, build a trip itinerary that makes sense and keeps you out of the car. Some of the richer regions for golf are Fife and East Lothian. Or, you can set up shop in Ayrshire for a few days, where you can play Prestwick Golf Club, Royal Troon Golf Club and Turnberry Resort, among others, before moving to a new region.

It's natural for anyone to want to play the golf courses of The Open. But don't stick to them exclusively or else you'll miss out on some courses you'd probably enjoy more.

For starters, don't think these clubs will have the championship tees set up (most courses have daily play sets around 6,200-6,500 yards and only put up sets farther back for club competitions).

Scores of links clubs were established in the 19th century. So you can only imagine how many can't handle the logistics of a major tournament more than 100 years later.

But just because a links can't park a few thousand cars, move around 40,000 fans and isn't near a major airport doesn't mean your group of hacks should pass it up.

A few of the best courses that could never host a major but tend to top most tour operator feedback polls are Royal Dornoch, Cruden Bay and North Berwick.

If you stick solely to Open Championship venues, you'll tend to pay nearly double for each round compared to some other lesser-known -- but equally, if not greater -- links courses.

The traditional golf clubs of Scotland are a lot like many of the exclusive, more old-school clubs of the U.S. in terms of etiquette. The big difference is that in Scotland they almost always allow public tee times.

But you need to play by their rules. Carry a handicap certificate (at St. Andrews, showing them my GHIN handicap on my smartphone sufficed for the starter, but keep one in your bag and just in case). Don't change your shoes in the car park (use the locker room) and always take off your hat in the clubhouse and be respectful of members. Some clubs have members-only spike bars or dining rooms that you should only go into if invited.

And while members often tee off before visitors at many clubs, if you find yourself holding up a group behind you, let them go through.

It's also discouraged at many of the clubs to walk in unannounced and ask to go out and play. Even if you're trying to get a tee time for tomorrow, or later that afternoon, call ahead and book your group through the secretary. More and more clubs are also offering online tee times. When i covered the 2018 Open Championship at Carnoustie, I was blown away how easy it was to find online tee times at nearby courses like Monifieth, Montrose and Downfield. (Read more about my value-laden trip to Carnoustie Country).

Try and set up a game with a local club


You don't necessarily have to keep the competition on the course within your group.

If you're heading to Scotland with a group of 8-12 people or so, consider trying to set up a Ryder Cup-style match with a local club. Write some club secretaries a few months in advance and include your group's handicaps. It will certainly help your cause if your group has a club affiliation of some kind.

Other golf clubs have open competitions where they invite anyone to compete. In some cases, these events sell out fast (such as Royal Dornoch's famous Carnegie Shield event). But the value is tremendous, and the experience of competing with the locals is one of a kind.

If you're comparing tour operators to book your trip through, suggest a competition is something you'd like to do. They'll probably be willing to help set you up through their contacts at certain clubs in Scotland.

Ginella’s tips to get on the Old Course

If it's your first trip to Scotland, you're probably going to want to spend some time in St. Andrews -- and with good reason. It's the best golf town in the world.

While the cost of a walk-on green fee for the Old Course at St. Andrews is actually pretty affordable (under $300 USD with the current exchange rate) compared to Kingsbarns, Trump Turnberry and Castle Stuart (or US peers like Pebble Beach), a guaranteed tee time through a golf packager can come with a surcharge that could double or even triple that rate.

As a general rule, if you think this is going to be the only time you visit Scotland, shell out for the guaranteed tee time, because the Old Course is special.

If you think you'll be back or simply don't have that kind of cash, stay in St. Andrews a couple days without booking any tee times. Book the 3-day Links Trust ticket that is a great deal and provides access to the six other courses in town, but enter the Old Course Lottery each day (48 hours in advance) you're there and cross your fingers.

If you don't, play another nearby links that has walk-on access such as the New Course or Jubilee course. Or you could always try and gut it out by hanging around the first tee in hopes of a no-show on the Old Course. It can happen. 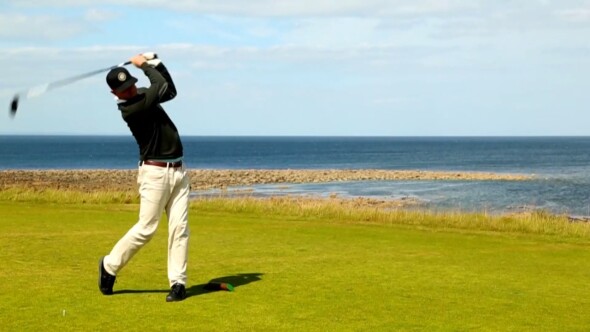 Articles
8 Min Read
St. Andrews as a value destination with unlimited golf
St. Andrews is one of the most coveted golf destinations in the world, but it can be enjoyed on a budget, too. Brandon Tucker offers value tips to the Home of Golf.

Brandon Tucker
Brandon Tucker is the Sr. Managing Editor for Golf Advisor. Prior to the launch of Golf Advisor in 2014, he was the managing editor for Golf Channel Digital's Courses & Travel. To date, his golf travels have taken him to over two dozen countries and nearly 600 golf courses worldwide. While he's played some of the most prestigious courses in the world, Tucker's favorite way to play the game is on a great muni in under three hours. Follow Brandon on Twitter at @BrandonTucker and on Instagram @btuck34.
1 Comments

This article is really helpful. Thanks so
much. Planning a trip in early May with my English bro-in-law. Trip will be better thanks to your insights. 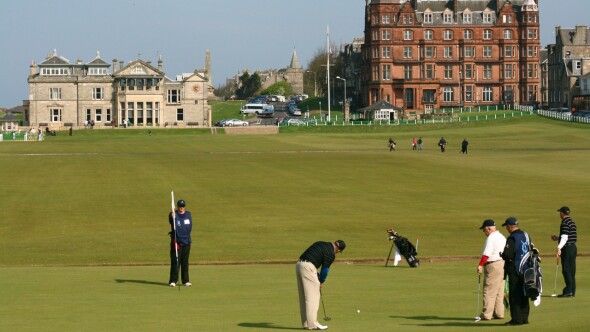 Articles
4 Min Read
Scotland's British Open Championship venues: Which are best for your links trip?
Every tour pro has their favorite British Open venue. For the rest of us, finding a links tailored to our own hacker swing will be impossible to find. But it is possible to find the perfect cap to a week of links golf in Scotland. So we've sorted out Scotland's seven Open Championship hosts so you can determine which is the best to include in your links vacation.

Kira K. Dixon
Lifestyle Correspondent
Now Reading
Planning a Scotland golf vacation? Five travel tips you should know
New Cookie Policy
WE AND OUR PARTNERS USE COOKIES ON THIS SITE TO IMPROVE OUR SERVICE, PERFORM ANALYTICS, PERSONALIZE ADVERTISING, MEASURE ADVERTISING PERFORMANCE, AND REMEMBER WEBSITE PREFERENCES. BY USING THE SITE, YOU CONSENT TO THESE COOKIES. FOR MORE INFORMATION ON COOKIES INCLUDING HOW TO MANAGE YOUR CONSENT VISIT OUR COOKIE POLICY.
CONTINUE
Search Near Me