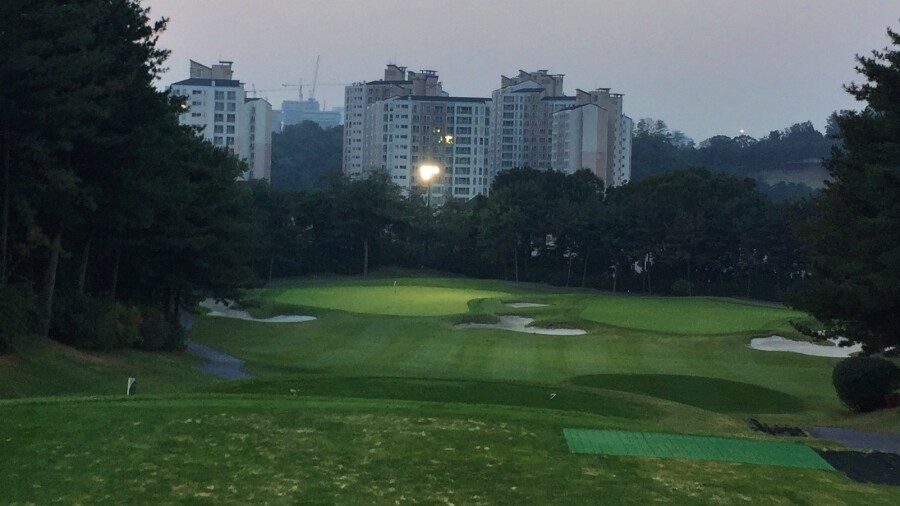 0 of 11
Taekwang C.C. - South golf course - hole 6
The 36-hole Taekwang Country Club is so busy that every hole has two greens to save on wear and tear. Pictured is the sixth hole on the South course under the lights. Jason Scott Deegan/Golf Advisor 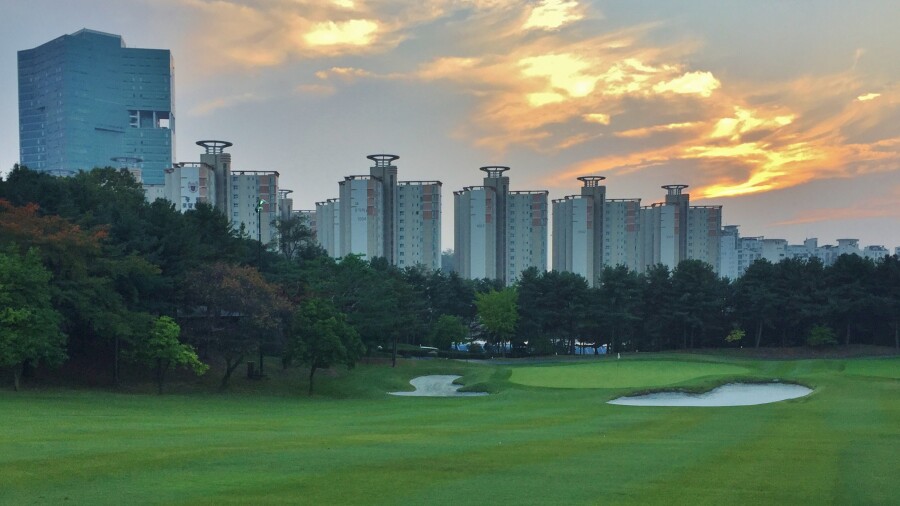 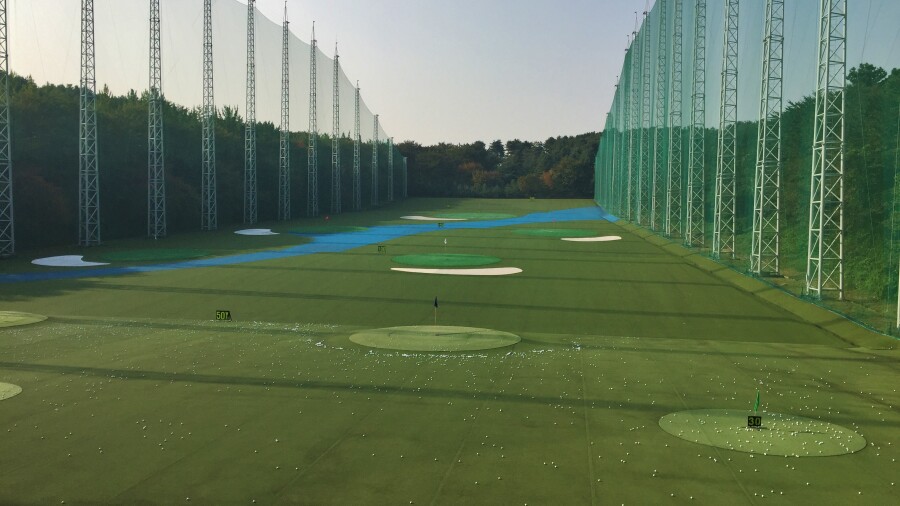 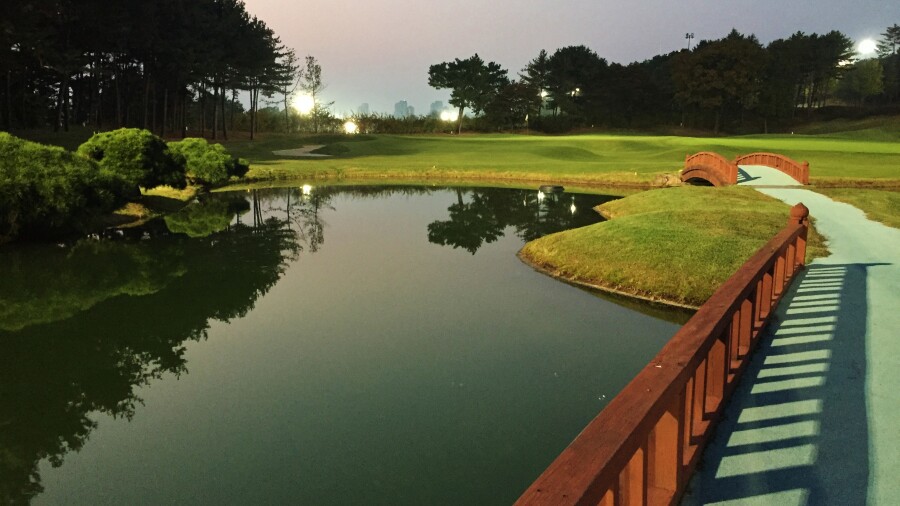 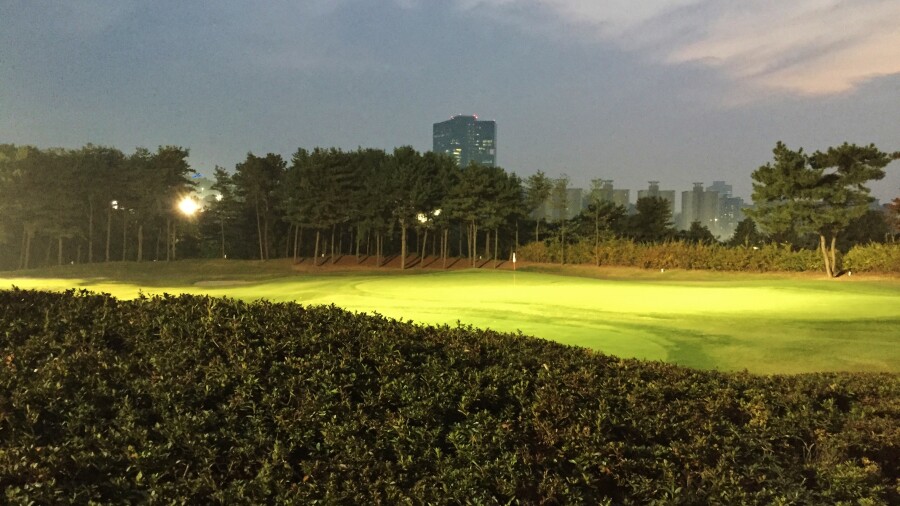 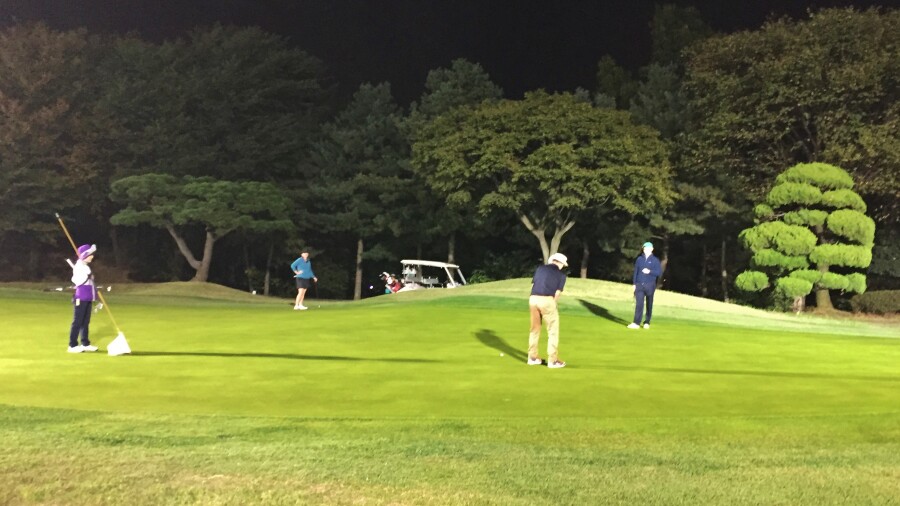 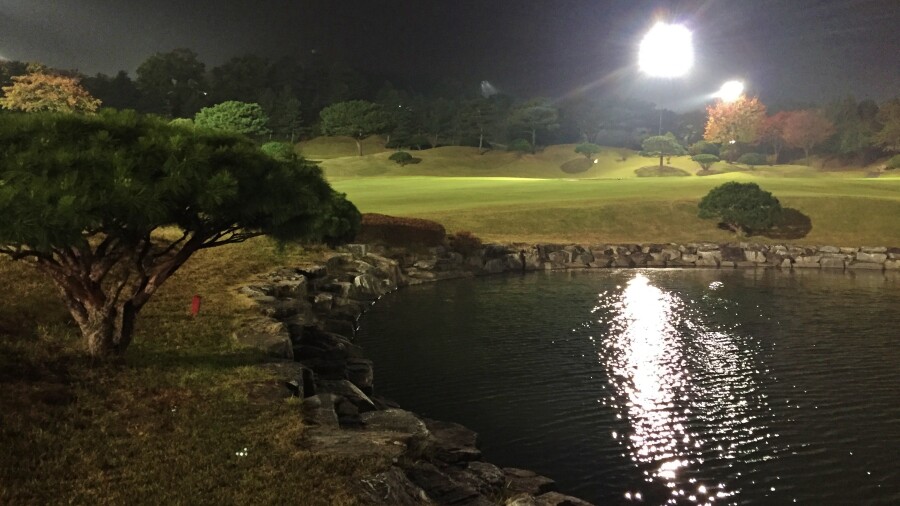 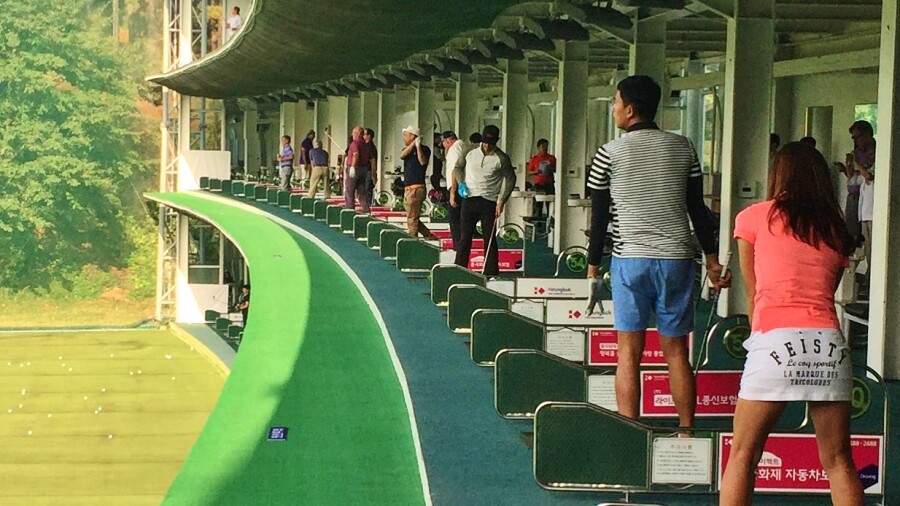 Night golf in South Korea: Play under the lights at Taekwang Country Club near Seoul

SOUTH KOREA -- Taekwang Country Club outside of Seoul is such a favorite among local golfers that it stays busy day and night, both at its amazing four-tiered driving range and its 36 holes.

It's so busy that most of the 36 holes have double greens sitting side by side to handle the wear and tear of all the traffic.

A great location, convenient to get to in a city choked with traffic troubles, is a big draw, along with its gently rolling fairways.

Taekwang, which is mostly a private member's club, opened in 1984, and added nine holes in 1991 and 1997. Every hole is walkable, enjoyable and playable, but only 18 of them are open to the public. Female caddies who control four-person carts by remote control - a staple at high-end clubs - are available, even though it has a sort of muni feel in terms of conditioning and elementary architecture.

Taekwang Country Club's North and South nines are lighted for play at night, which is a fantastic experience. The lights of the nearby city shimmer in the distance, while the bright lights lining the fairways keep the ball easily visible.

The driving range might be the best in the nation, home to 108 driving bays that automatically tee up balls after every swing. Jang Ha-na, a three-time winner on the LPGA Tour in 2016, has been practicing here for years. 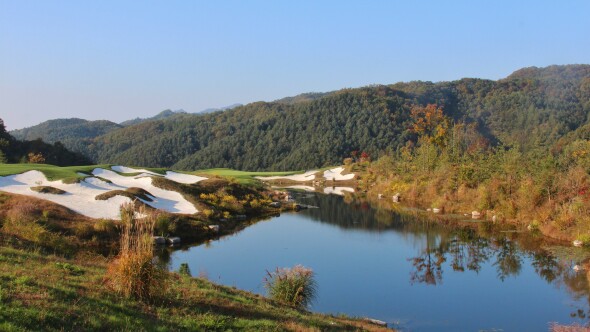 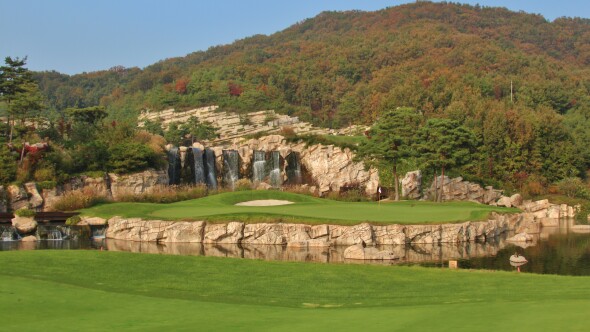 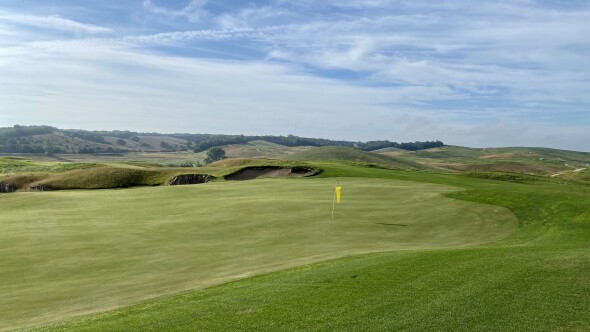