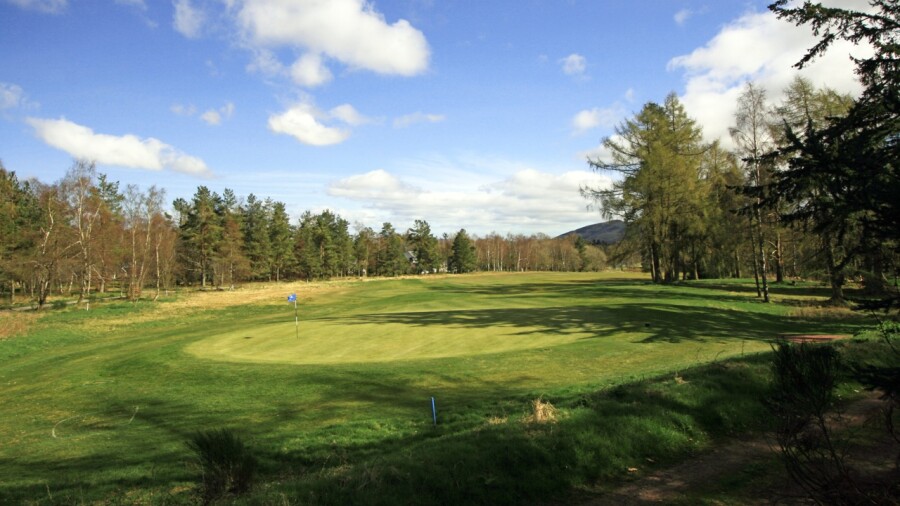 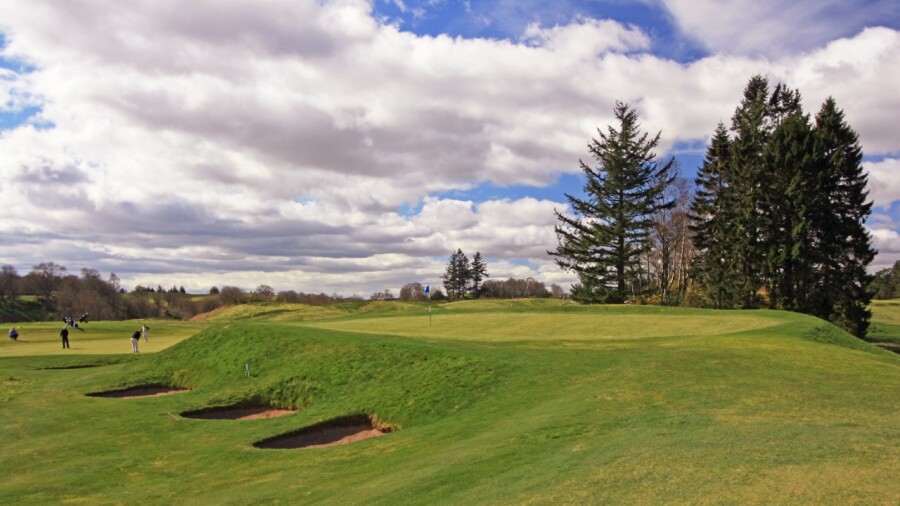 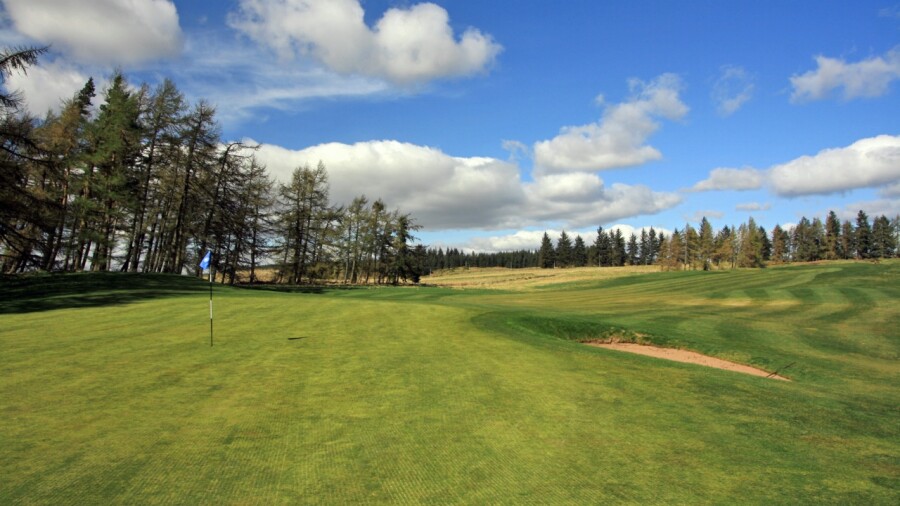 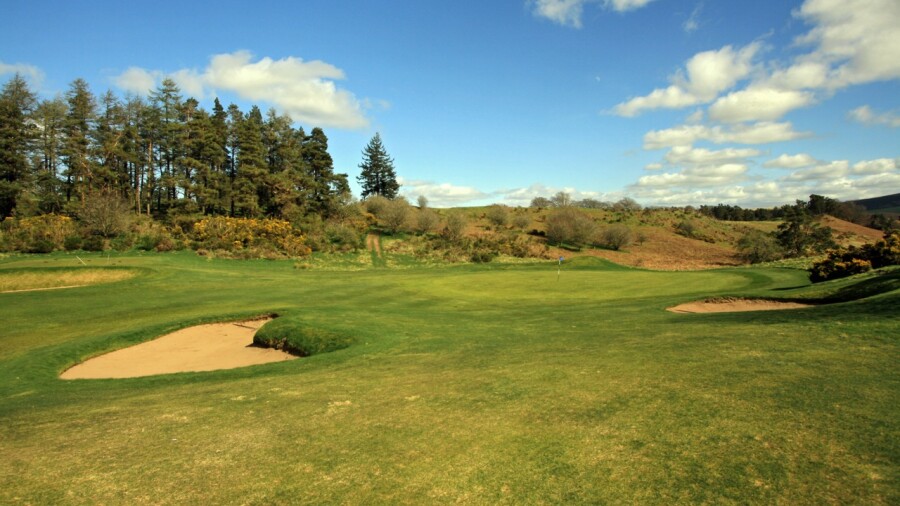 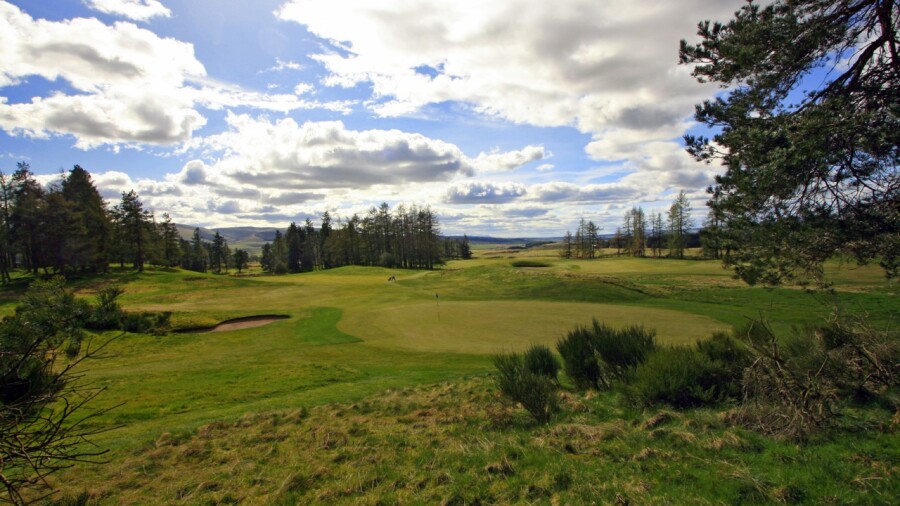 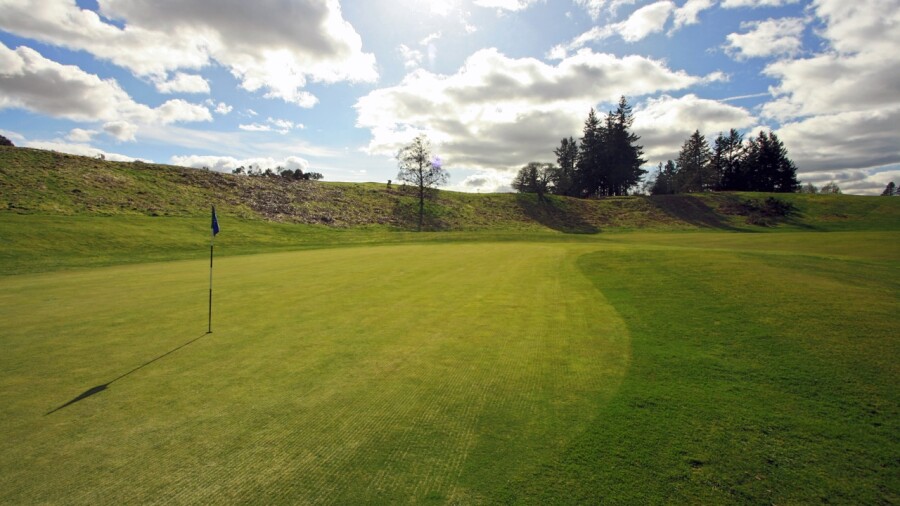 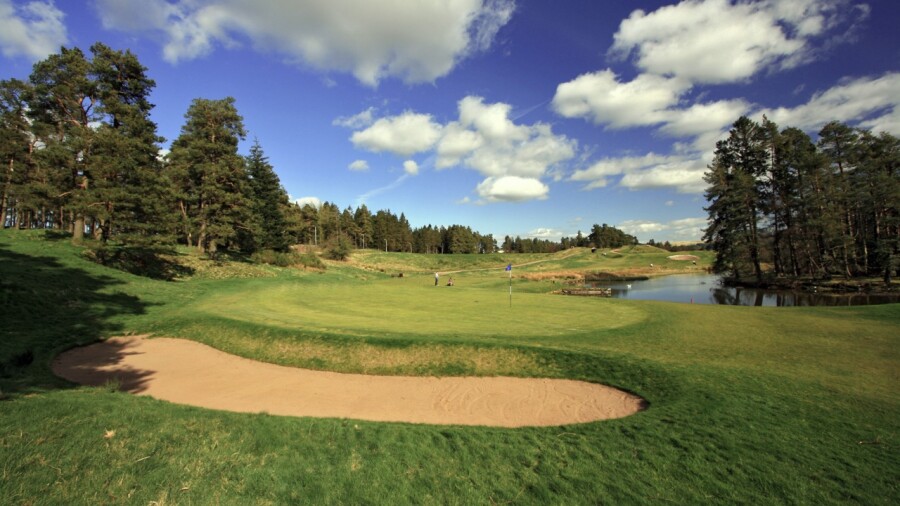 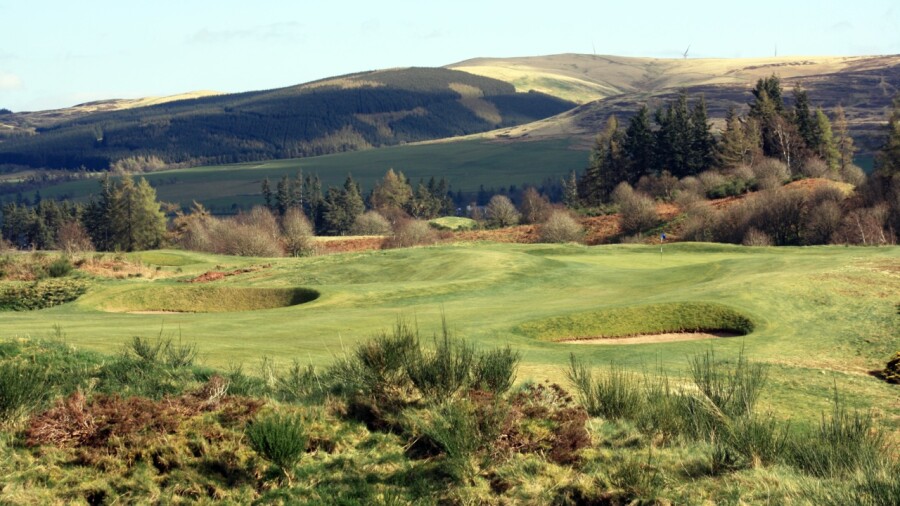 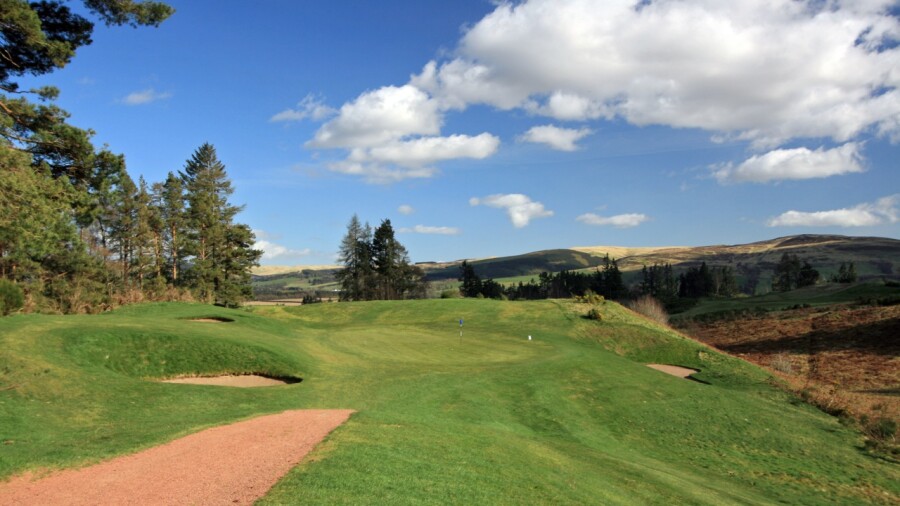 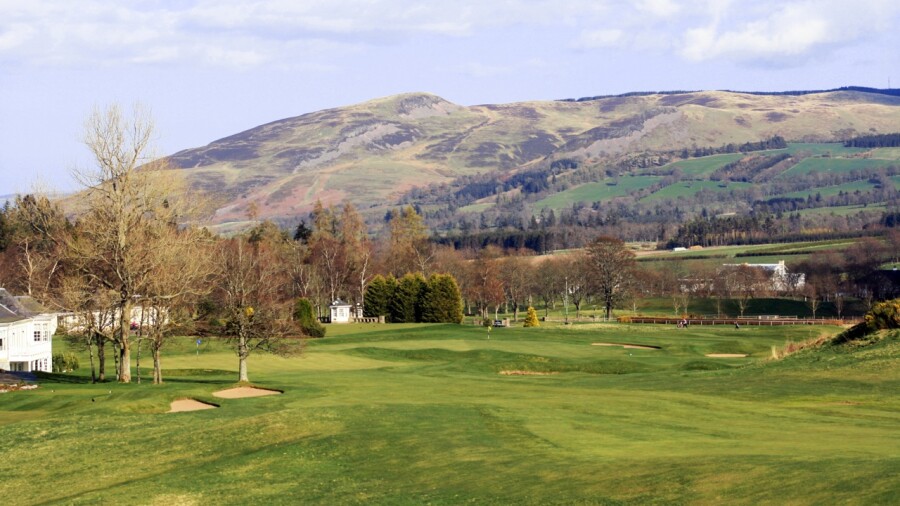 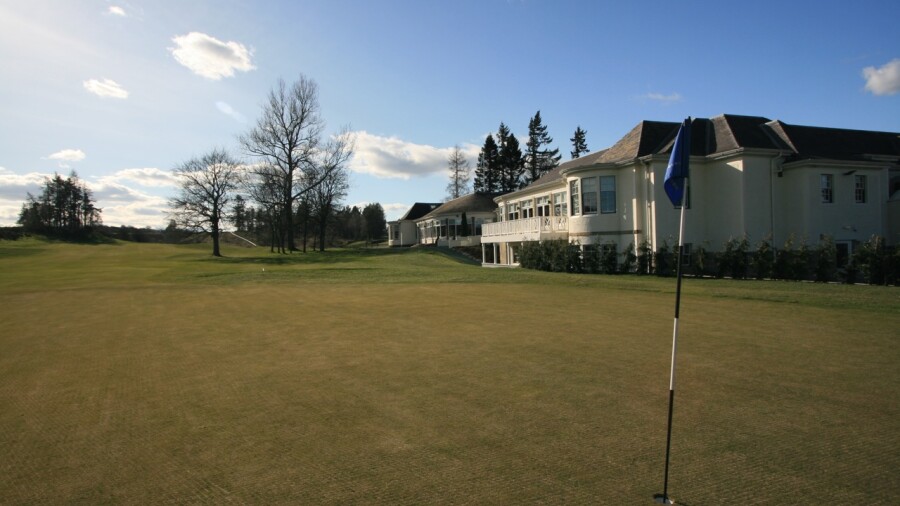 The Queen's Course at Gleneagles Resort in Perth and Kinross is undeniably one of the great golf courses that play less than 6,000 yards.

This old-world gem dates back to 1918, when champion golfer James Braid began designing golf courses throughout the country. Playing beside the longer King's Course on the property's high northern and west ridges, the Queen's plays 5,965 yards from the medal tees. The two courses share both a halfway house as well as the Dormy Clubhouse, which was recently renovated and updated in preparation for the 2014 Ryder Cup.

Its short length can be deceiving, however, especially on the front nine. The opening hole (Trystin' Tree) is a 400-plus-yard par 4 that demands a long and straight drive, followed by an accurate approach to a small green. Another hole that has surely stood the test of time is the long par-4 sixth, which features a sunken, bowled fairway and an elevated green.

The back nine has some shorter holes, like the 15th, a drivable 252-yard par 4. But deep and intimidating bunkers, like on the King's Course, await those errant drives. The variety of par 3s is especially exciting on the Queen's, ranging from two that are less than 150 yards to the 14th, which is 211 yards.

In addition to the original King's and Queen's Courses, Gleneagles is also home to the PGA Centenary Course, a Jack Nicklaus design and the course for the 2014 Ryder Cup. Those who want an even shorter round than the Queen's can make use of the property's pitch 'n putt course on the hotel's front lawn, just across the street from the golf course. 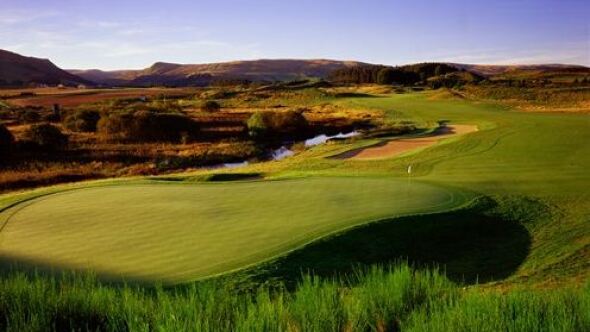 By Clive Agran
Nearby 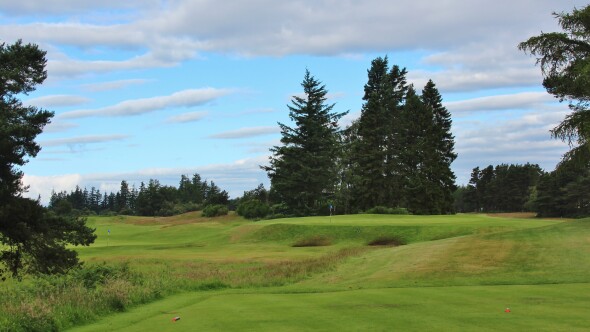 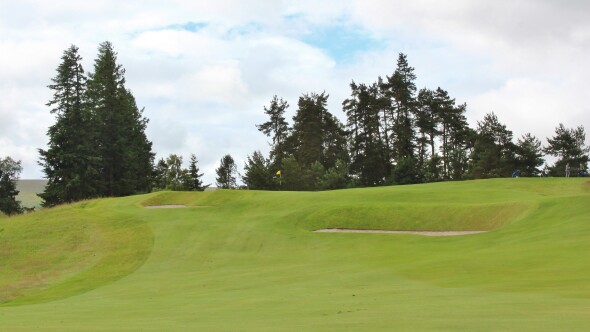 Galleries
10 Images
Tour the restored King's at Gleneagles in Perthshire, Scotland
Think blind shots are only a phenomenon on links courses? Try the wild and wonderful King's Course at Gleneagles, a James Braid course dating back to 1919. 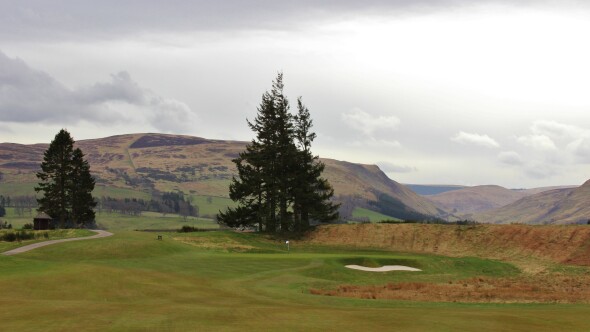 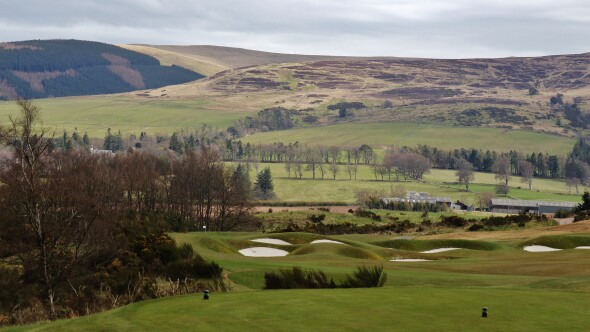 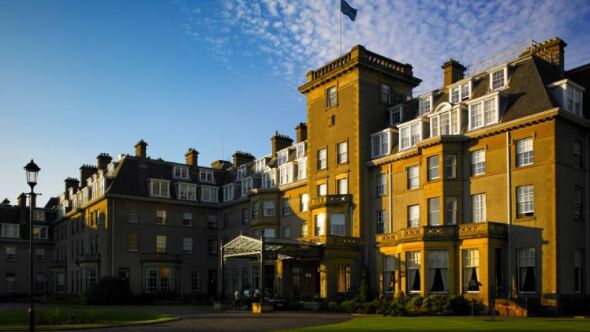 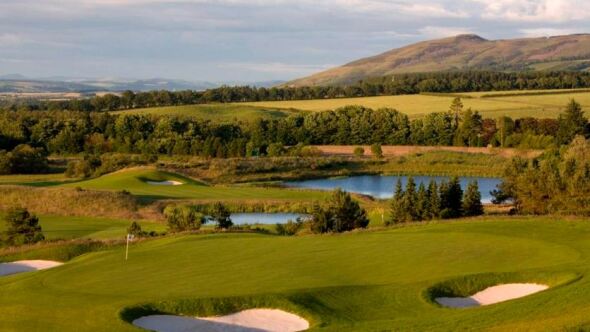 Articles
4 Min Read
Feel like golf royalty in Scotland: Choose from Gleneagles' three great courses
The green fee at glorious Gleneagles varies from $115 to $280 according to the time of the year and whether or not you're staying in the magnificent hotel. But it matters not which golf course you play -- King's, Queen's or PGA Centenary. Very unusually for a resort with three courses -- possibly uniquely -- there's no stand-out, this is the one-you-brag-to-your-friends-you've-played course.

By Clive Agran
Read More
Load More
Now Reading
The Queen's golf course at Gleneagles Resort a classic, Scottish heathland
New Cookie Policy
WE AND OUR PARTNERS USE COOKIES ON THIS SITE TO IMPROVE OUR SERVICE, PERFORM ANALYTICS, PERSONALIZE ADVERTISING, MEASURE ADVERTISING PERFORMANCE, AND REMEMBER WEBSITE PREFERENCES. BY USING THE SITE, YOU CONSENT TO THESE COOKIES. FOR MORE INFORMATION ON COOKIES INCLUDING HOW TO MANAGE YOUR CONSENT VISIT OUR COOKIE POLICY.
CONTINUE
Search Near Me