12 golf courses that shuttered in 2016 we'll miss the most 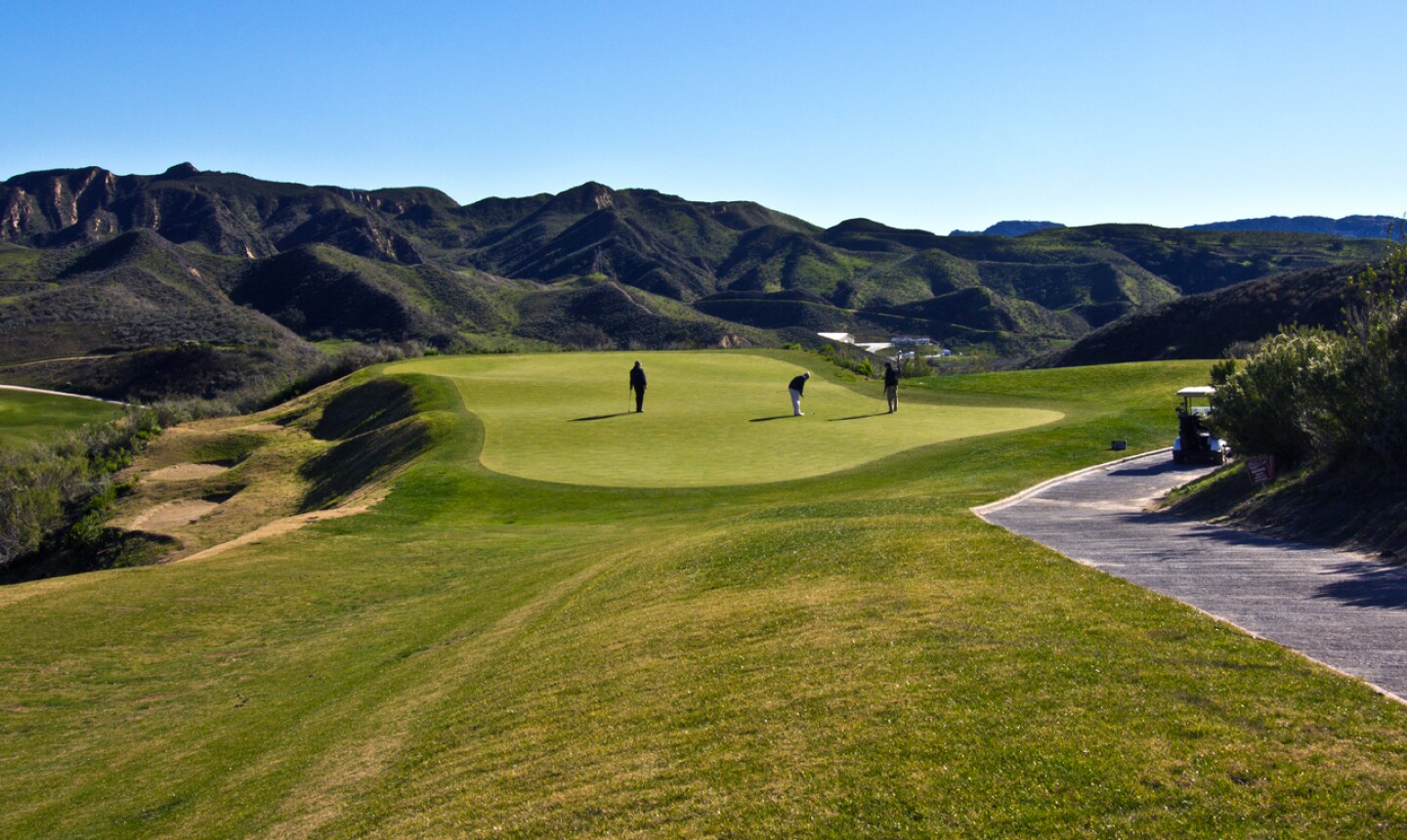 Not even the name of a hot architect like Gil Hanse could save the Tallgrass Golf Course from closing on Long Island. Jason Scott Deegan/Golf Advisor 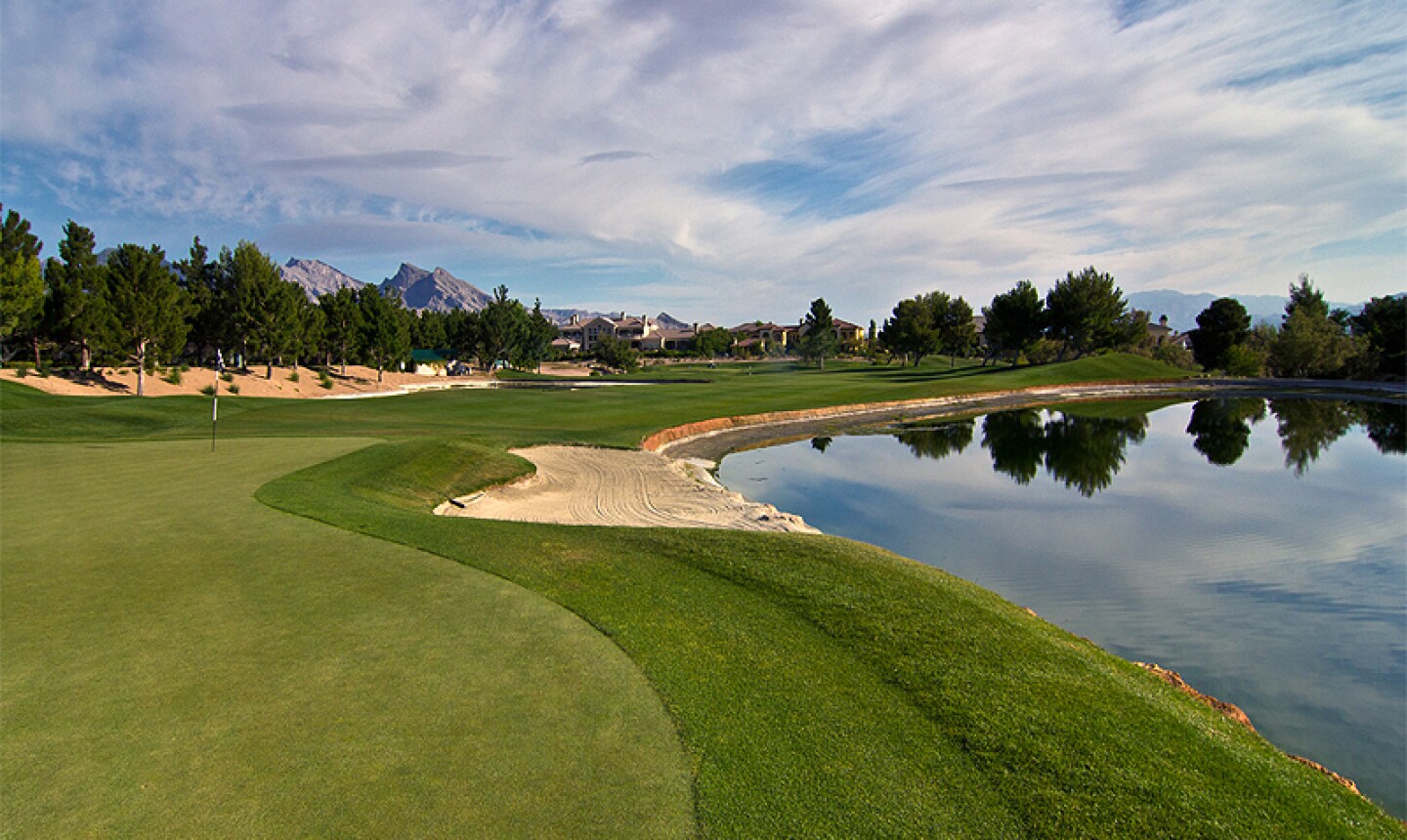 Closures have become part of the current golf landscape. Facilities that aren't near population centers or fail to take care of themselves properly -- whether that's marketing or course conditioning -- are most susceptible.

A closure is like a death in the family for many loyal local golfers. Eventually the grief will pass, and they'll move on to greener pastures. The highest profile courses to close in 2016 were an interesting mix of facilities.

It's rare that golf resorts shutter their one course, but that's the case with several courses on our list. Perhaps even rarer is seeing the hottest architect on the planet -- in this case Gil Hanse -- lose one of his earliest designs, which is set to become a solar farm. RIP, old friends.

The following dozen golf courses, compiled by Senior Writer Mike Bailey and I, all had an appeal as both a public facility and also as a destination golf course, and, with the exception of a couple properties that may one day have golf once again, are all gone for good.

Did you lose a favorite course in your hometown? Tell us in the comments below or tweet us @GolfAdvisor.

Just 71 miles from Houston, The Falls Resort & Golf Club was one of the Houston area's few golf resorts and represented a departure from the norm with its hilly terrain and at one time, bentgrass greens. It was also one of Jay Riviere's finest designs. In fact, the late Texas architect had a house on the course. Unfortunately, through the years, fewer and fewer golfers were willing to make the trek from overbuilt Houston to play the course.

Tough economic times and the opportunity to develop spelled doom for longtime favorite Windermere Golf & Country Club, which opened in 1957. The Butler Chain of Lakes served as backdrop to the course, which was designed by Ward Northrup in 1986. The greens and bunkers were recently renovated in 2010. The club was down to just 80 members when it was closed. Plans call for the 155 acres to be turned into lots for 95 single family homes.

A longtime local favorite in the Chicago area, the 27-hole Blackhawk Trace Golf Club closed at the end of the 2016 season. The course was part of the Hilton Chicago/Indian Lakes Resort, whose owners are shifting their strategy from outside markets to the local market and plan to beef up the hotel with investments. Originally opened in 1965, the facility consisted of the Highland Course, Woodland Course, and Island Course - along with a terrific clubhouse and practice facilities. Designed by Robert Bruce Harris, all three nines were distinct, though the Island nine, with its island green par-3 hole, might have been the favorite. Parts of the layout underwent an extensive renovation by Rick Jacobsen in 2003.

Guns will replace golf clubs at Elk Ridge, regarded as one of the top 20 public courses in Michigan since opening in 1992. It was arguably the best work of Michigan-based architect Jerry Matthews, who designed more courses in the state than anyone. The natural site featured marvelous holes intertwined by marshes, a stream and large ponds. Industry insiders indicate the course seemed to be doing fine, but an offer to buy the land for use as a private hunting preserve was too good to pass up in today's climate.

It shouldn't come as a shock that the oldest course on the island finally succumbed earlier this year. The beautiful ocean views weren't enough to overcome a quirky, unkept layout of 5,857 yards that was squeezed on a narrow peninsula in 1922. Two world-class layouts – the Mid-Ocean Club and Port Royal Golf Club – are probably enough on the tiny fish-hook-shaped island in the middle of the Atlantic.

There is still hope for Woodbridge, which closed at the end of the season. A local developer involved with the celebrated Yale Golf Club wants to upgrade the course into a "top 100" track and build a hotel that would attract traveling golfers, according to a report in the New Haven Register. The other option would be a Toll Brothers community for senior citizens. Either way, the municipal course bought by the city during the recent recession won't ever look the same.

When the MetroParks of Butler County acquired the golf course property in late 2015, it announced that it was going to combine it with the adjacent Sebald Park to create the new Elk Creek MetroPark, and that was the end of Weatherwax. The 36-hole complex, which opened in 1972, was designed by Arthur Hills and then Tour professional Tony Jacklin. In 1996, the courses and practice facilities received a facelift, elevating it to top-10 status in the state of Ohio.

One of the Las Vegas area favorites, the 27-hole Badlands Golf Club is the latest victim of development north of the strip (Silverstone GC closed last year). The course was bought in 2016 by EHB Companies, the developers behind high-end retail center Tivoli Village, which has plans to close the golf course and develop lots for high-priced homes. The course was already the backdrop for the upscale Queensridge Estates development, home to Andre Agassi, Jack Binion and members of the Fertitta family. Badlands was a Johnny Miller/Chi Chi Rodriguez collaboration that consisted of the Desperado, Diablo and Outlaw nines, all target golf and very challenging. As was the case with Silverstone in 2015, proceedings between residents and developers have gotten off to a contentious start according to the Las Vegas Review-Journal.

One of Myrtle Beach's more economical plays, Black Bear Golf Club closed its doors in 2016, presumably after falling on hard times. It has been listed for sale. Its former head professional and GM had sued the owners for unpaid wages and golf shop revenues, and the club had undergone significant expenses regrassing its greens after the putting surfaces suffered winterkill the year before. Opened in 1989, Black Bear was a 6,800-yard par 72 designed by Tom Jackson.

The two Pete Dye courses named Shadow and Sky closed in June, but there is still hope for golf to return within 5-7 years to the rugged landscape well north of Los Angeles. The Simi Valley Acorn, the local paper, reported earlier this fall that proper permitting was almost in place to transform the 1,770-acre site into a community of 364 homes with a new golf course as its centerpiece.

After 16 years as a golf course, this J. Michael Poellot design of 6,976 yards will return to ranch land in the “East Bay” 45 minutes from San Francisco. Not even 40,000 rounds per year could offset the water costs in California's ongoing drought. That's too bad because many golfers enjoyed its natural setting (free of home sites) and friendly price tag ($45-$70).

Hanse had tremendous year in 2016 highlighted by a successful return of golf to the Rio Olympic Course he built, but one of his affordable public courses in Metro New York is on its way out. Hanse did a nice job on Tallgrass, given its featureless site on Long Island. Fescue grasses lining the fairways gave Tallgrass a linksy look, and his creative green sites lent the layout its personality. Tallgrass has been “day to day” all season, which by most indications will be its last. Chicago-based Invernegy, plans to install 125,000 solar panels on the course's 127 acres.

Jason Scott Deegan
Jason Scott Deegan has reviewed and photographed more than 1,000 courses and written about golf destinations in 20 countries for some of the industry's biggest publications. His work has been honored by the Golf Writer's Association of America and the Michigan Press Association. Follow him on Instagram at @jasondeegangolfpass and Twitter at @WorldGolfer.
12 Comments

Roddy Ranch was an excellent track and frequented by myself and several of my friends. The course played long and windy, and most golfers I had played with had at some time witnessed Rattle Snakes in the out of bound areas adjacent to the course.

The misconception is that the course closed due to water costs. The real reason for closure was due to the GM committing fraud which ultimately led to it's closing.

Closing the Badlands was a travesty. It was a very unique track for players of all levels.

Agreed! I loved the challenge of Badlands and it was one of the few vestiges of affordable golf in LV.

Arnold Palmer was to golf what Jack Roddy was to rode-ing. Roddy Ranch GC, built on the flank of Californias Mount Diablo in N. California was a spectacular gof course. I remember one early morning coming across a sand bunker that had one set of rabbit tracks coming in from one direction, a set of fox tracks right behind it with only the fox tracks leaving. Mr. Roddy lived on the ranch adjacent to the course and would stop and talk with golfers as he got his morning exercise in.I'm glad I had several opportunities to play the course.

i want to turn the course into an offroad electric skateboard park.... check out my insta at 4x4boards

Weatherwax is a shame to lose. Beautiful layout. Butler county financiers need to figure out which makes more money: golf course or metro parks- no brainer! We need Trump to fix it!

Trump.....? He is part of the problem not the solution.

New Ulm was always on my list but never made it. Unfortunately it was very hard to get to which was sad as all my buddies said what a nice track it was.

Elk Ridge is probably my father's favorite course in the northern lower peninsula...he will be deeply disappointed!

We will really miss Riddell's Bay. On our first trip to Bermuda, we enjoyed the course, and conversation with members and staff in the old clubhouse. It was a symbol of the island of years ago. Best of luck to our friends and family there.

Closing Tallgrass is an absolute travesty. This course is a masterpiece designed by Hanse. The panels could be set up anywhere, they don't have to bulldoze Tallgrass. It is a popular draw for locals and tourists with the Nikoli Tesla museum nearby. I wrote a letter to President Trump and he said he will visit and see what he can do. RISE UP PEOPLE and fight this!

Are you kidding? Tallgrass is the most overrated course on Long Island. Its a short, tricked up course, and the fescue has been cut down for years. When you have courses like Montauk Downs, Bethpage Red(not including Black because its on a level by itself), and hidden gems like Spring Lake and Pine Hills, Tallgrass can't hold a candle to these layouts.