Despite its name, the ocean is the big draw at Kona C.C.'s Mountain Course | Hawaii Golf 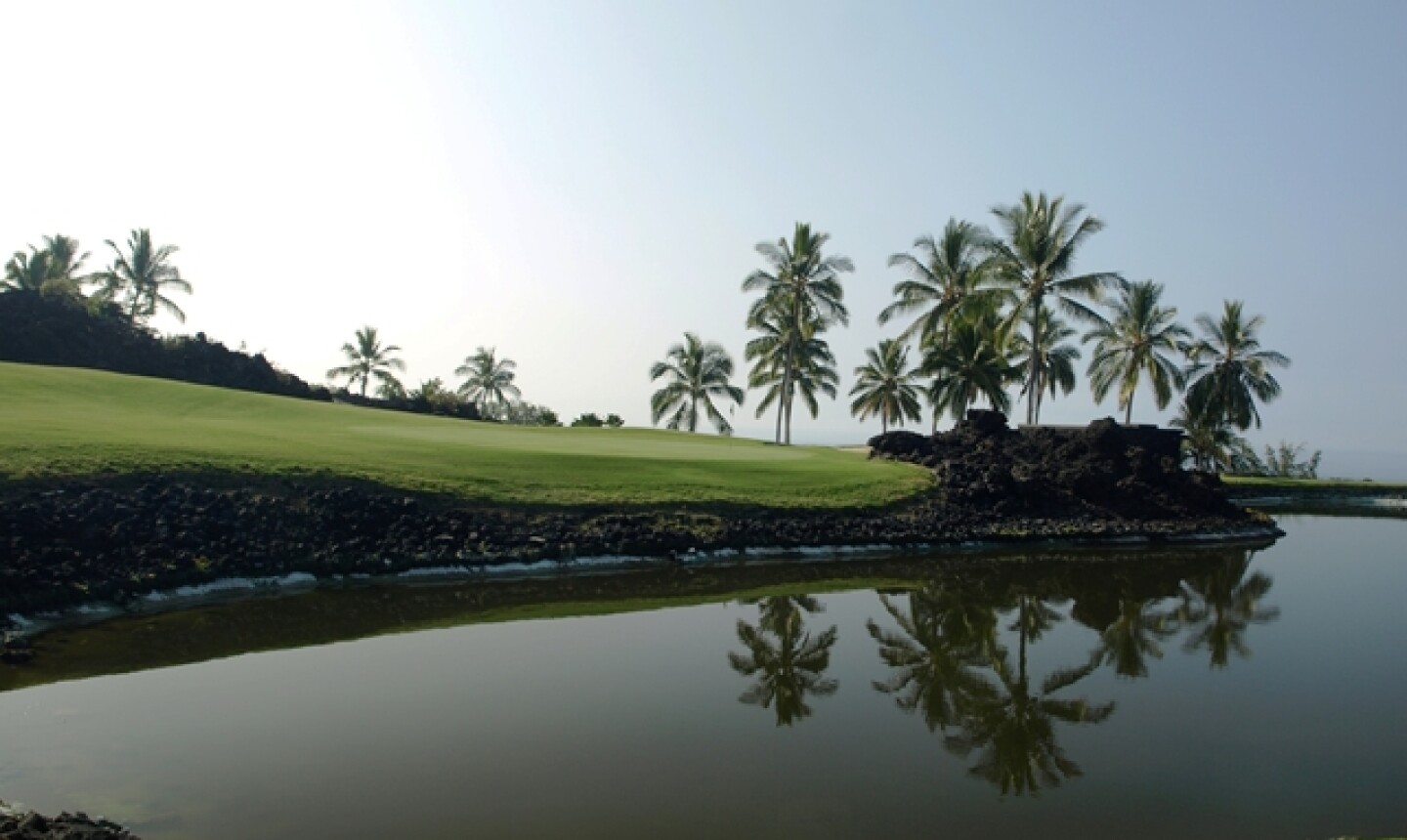 Of the two courses at Kona Country Club, the Mountain, as evidenced by the seventh hole, is the prettiest. Mike Bailey/Golf Advisor 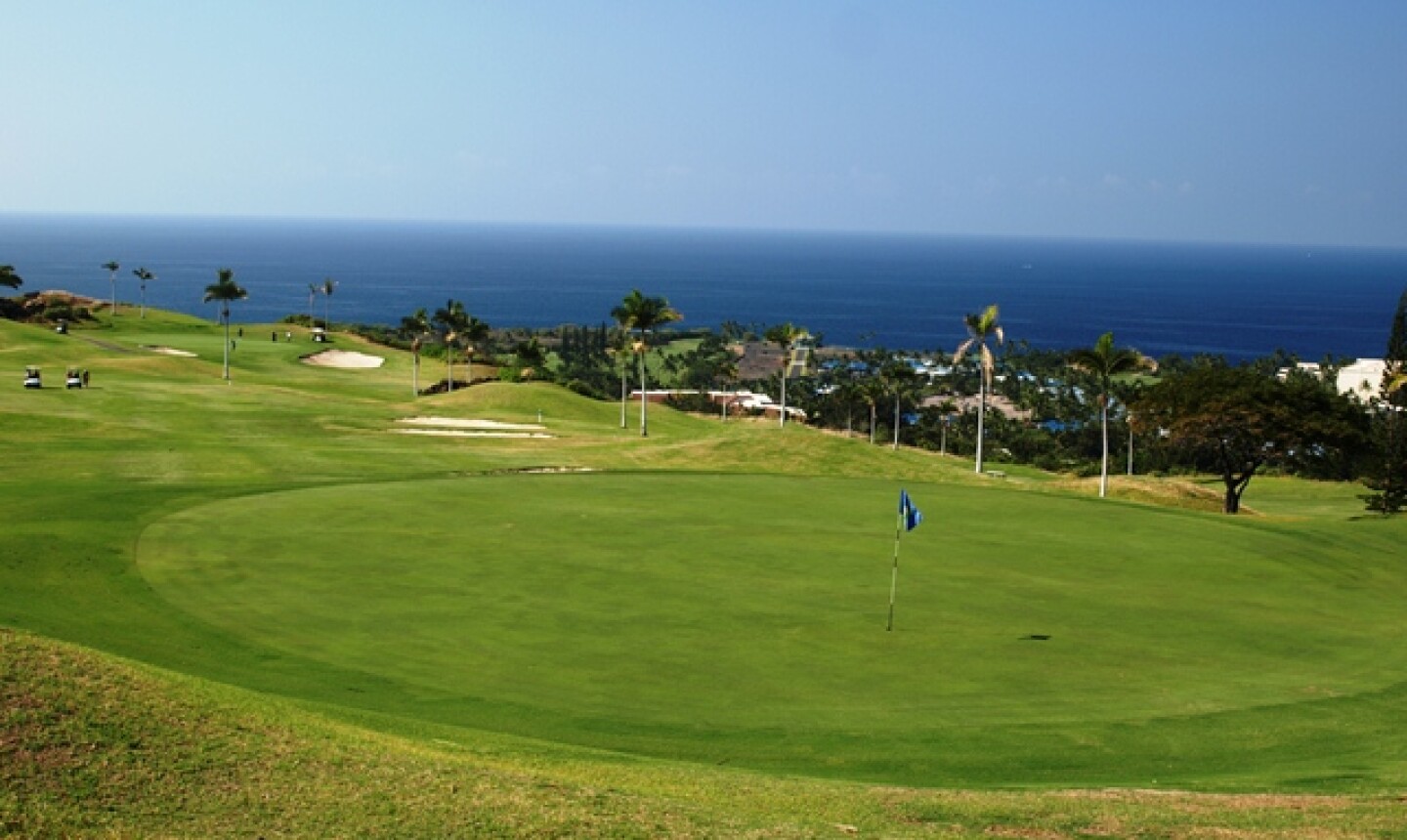 The par-4 11th on the Mountain Course plays much longer than its 373 yards because it's uphill. Mike Bailey/Golf Advisor 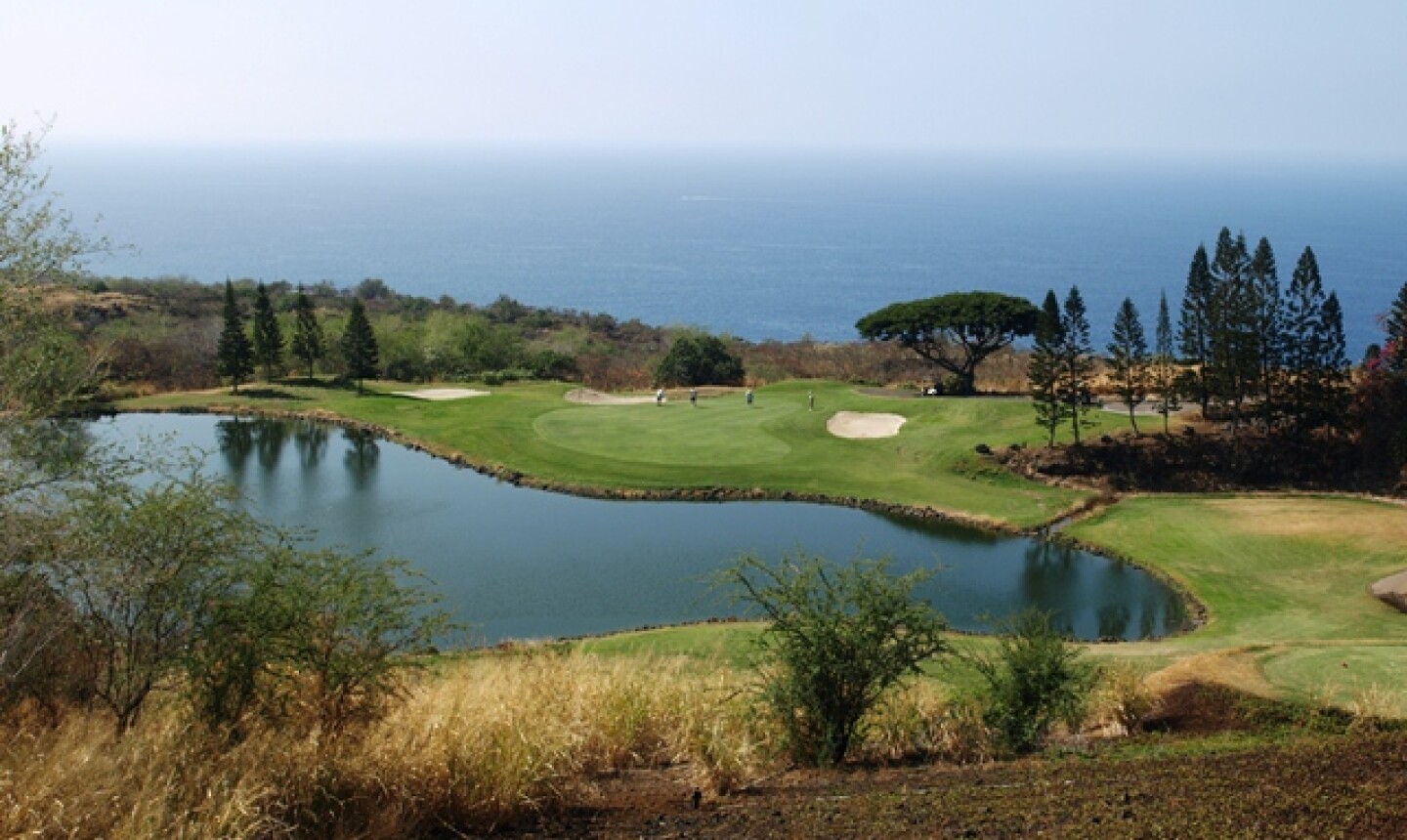 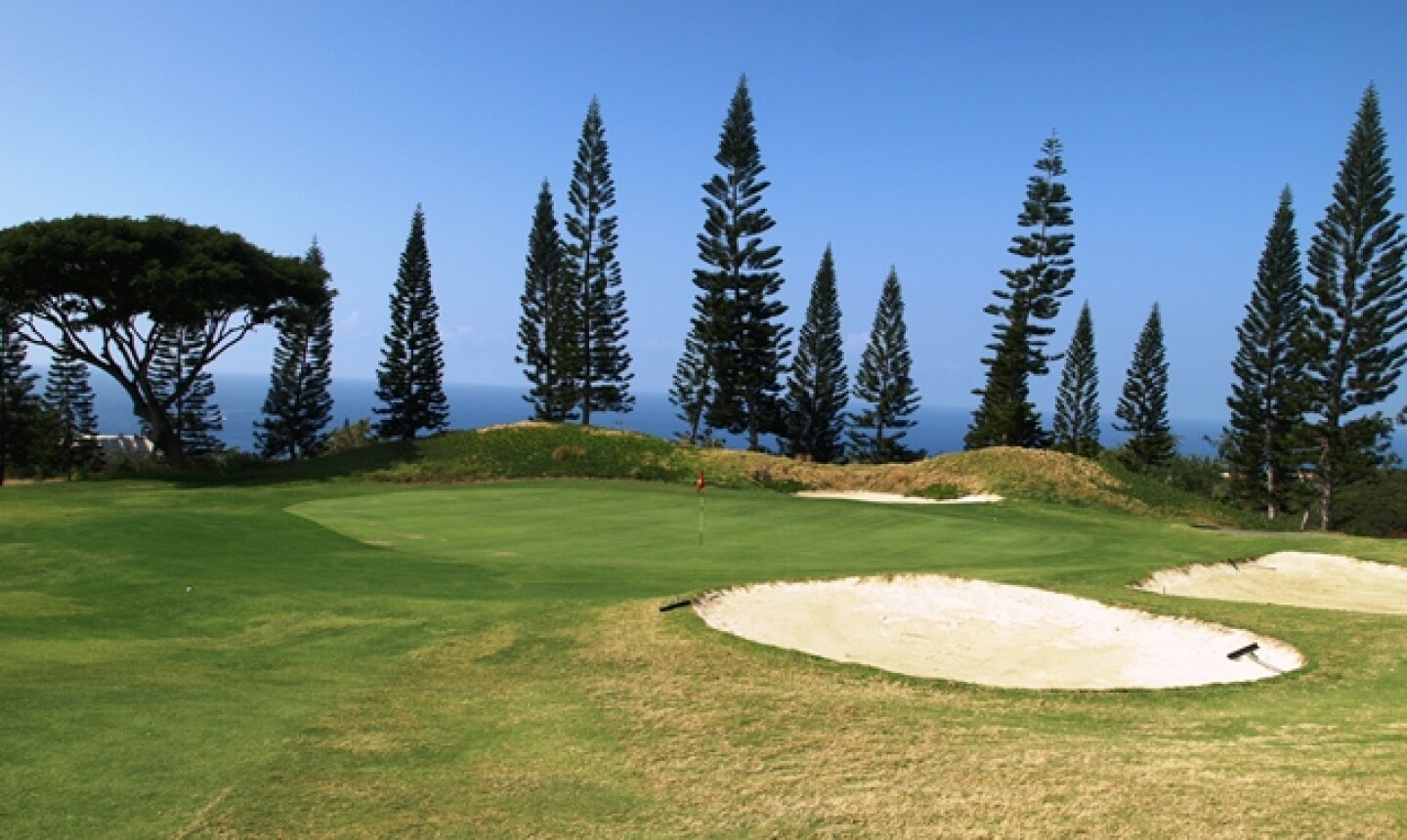 The approach on the Mountain Course's finishing hole is hard to mess up. Mis-hit, and you're still likely to find the green because of the severe slope of the fairway. Mike Bailey/Golf Advisor

KAILUA-KONA, Hawaii -- There are two golf courses at Kona Country Club on the Big Island -- the Ocean Course and the Mountain Course. If you're like most people, you're probably thinking the Ocean Course is where all the cool ocean views are. You'd be wrong.

Kona's Mountain Course, as its name would imply, certainly has a mountain feel, but it also has a mountain viewpoint, meaning that the best seats in the house are often the highest. From just about every point on the Mountain Course, you can see the ocean below and the Sheraton Keauhou Bay, which offers golf packages to Kona. The views never get old, but you need to pay attention to the golf course if you expect to play well.

At just less than 6,500 yards from the championship tees, the Mountain Course -- which was designed by William Bell (front nine), Robin Nelson and Rodney Wright -- is certainly playable. But if you're not used to uneven lies, you need to adapt in a hurry. Even if you find the fairway off the tee, the chances are good that you'll have hanging lies (for right-handers) because you're on the side of a mountain. And when the first nine was first built in 1985, Bell didn't exactly level out the fairways.

The challenge for mainlanders, then, is how to compensate. Some are better at it than others, but often players either overcompensate and aim too far left or close the clubface too much and simply let the slope play them. And those uneven lies don't stop on the fairways (not to mention the roughs); they continue on the greens, which have plenty of undulation.

The nice part, though, is that the tee boxes are fairly level, the fairways generous and the length isn't excessive. The course features so many great views, but two of the par 3s are particularly impressive -- the fifth and the 14th. Both holes feature dramatic drops from tee to green, and the 14th, which plays over a lake, is the highest point on the course. The hole has a lake and a waterfall surrounded by red bougainvillea and black lava rock.

You could also argue that the short, par-4 seventh is the course's signature hole, even though the ocean isn't the primary visual. At 310 yards from the tips and 283 yards from the next set of tees, the hole is drivable for big hitters, but there's an imposing and picturesque pond in front of the green, bordered by the island's signature black rock.

The Mountain Course is also enriched in Hawaiian culture. This area was a favorite playground for Hawaiian royalties, and guests will also see plenty of wild goats moving throughout the back nine. Both the Mountain and Ocean Courses feature a nice short-game area, full range and above-average clubhouse dining.

Has the Mountain Course reopened? The last I heard it was closed. Article was dated 2012.