Basketball and birdies and Big D: Where to play golf if you're in Dallas, Texas for the NCAA Final Four 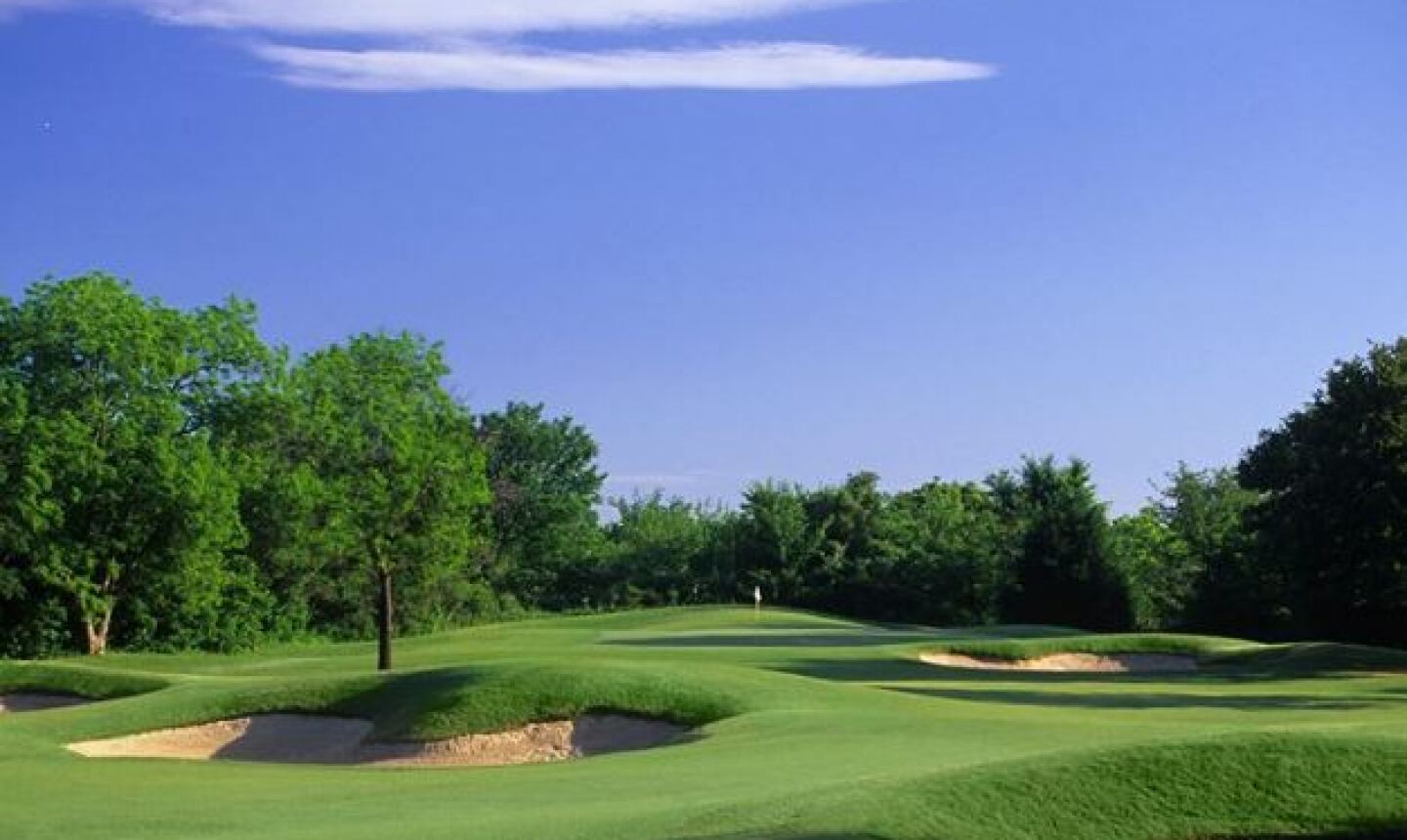 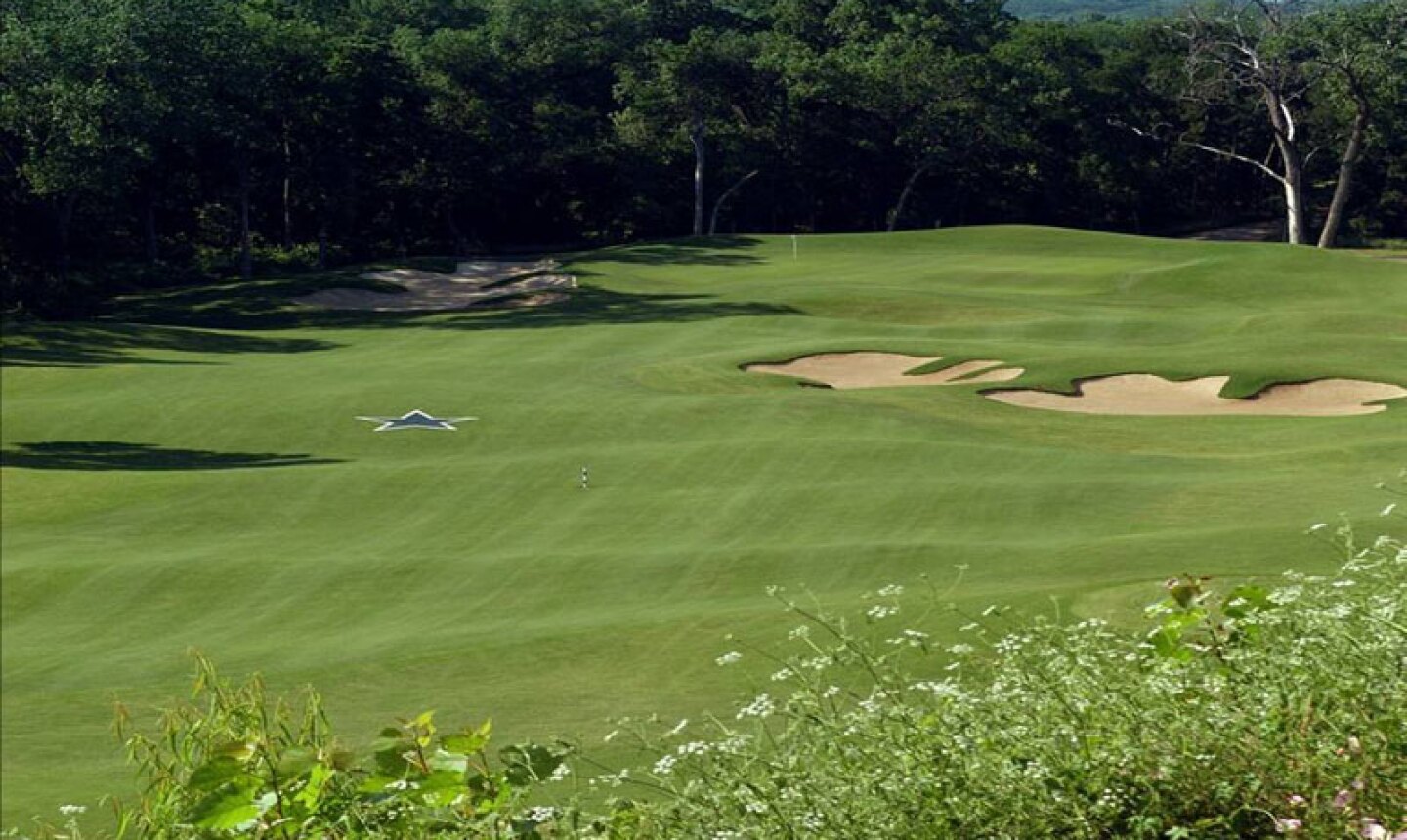 Designed by Jeffrey Brauer, Cowboys Golf Club is among the best courses in the Dallas Metroplex. Courtesy of Cowboys G.C.

Few spectacles are as big as the Final Four, so it's fitting that Jerry Jones' AT&T Stadium and Big D are the settings for this year's NCAA Basketball's semifinals and championship game, April 5-7.

For the 80,000 fans or so who will be attending, this is also the perfect time of year to take in a few other activities such as golf, and the Dallas-Fort Worth area is primed with more than 100 daily-fee or semi-private courses to enjoy. Narrowing it down to a few isn't easy, but here are a few suggestions.

The games will be in Arlington, which isn't too far from Grapevine, and both cities have superb municipal courses.

Arlington's Tierra Verde Golf Club is a great Jeffrey Brauer design on the outskirts of town. No homes, excellent conditions and plenty of challenges make Tierra Verde a memorable experience. Even better is the clubhouse food afterwards, offering a gourmet menu that's anything but typical. It's so good, in fact, that locals who don't play golf have been eating there for years.

Grapevine Golf Course has 18 holes designed by the legendary Byron Nelson as well as another nine added by former tour player D.A. Weibring, a Dallas-area resident who's gained a favorable reputation for both his original designs and renovation work, which also occurred at the Grapevine course. With rolling hills, mature pecans and oaks and plenty of water hazards, the course has more of a high-end daily fee feel but is priced like a muni.

And while you're there, you might want to check out Cowboys Golf Club just a couple of miles away next to the fabulous Gaylord Texan resort. Formerly owned by the Pokes' owner Jones, Cowboys Golf Club is all Cowboys all the time, from the star painted on the fourth fairway to the Cowboy cheerleader-types on the drink carts to the scores of memorabilia inside the clubhouse. Best of all the course, another Brauer design, is among the best conditioned and well-laid-out golf courses in the Metroplex.

Venture north for the unusual

If you're looking for something unique, the DFW area has three courses that are either copycat in nature or pay homage to other great courses or architects. All three do a great job of just that.

Perhaps the best known is Tour 18 Dallas in Flower Mound, just north of Dallas. The second such course in Texas (the original is in Houston), the course features copies of Amen Corner from Augusta, Pinehurst, TPC Sawgrass and other famous venues.

My favorite copycat course, maybe because I like links golf so much, is The Tribute Golf Links in The Colony, also north of Dallas on the shores of Lake Lewisville. Always in great shape, The Tribute showcases replicas of famous Scottish holes that have played host to the British Open. Courses include holes inspired by courses such as St. Andrews, Royal Troon and Prestwick.

Even more unique, however, may be The Tribute's sister course, Old American. Designed by Tripp Davis (who also did The Tribute) and tour player Justin Leonard, Old American is a tip of the cap to the "Golden Age" of golf course architecture from 1910 to 1937. Davis and Leonard channeled design elements from Seth Raynor, A.W. Tillinghast, Donald Ross and Perry Maxwell to create a throwback experience to the golden age with the advantage of modern agronomic practices. A member-driven club that's open to outside play, sub four-hour rounds are the norm, not the exception.

The Tribute has a Scottish-inspired clubhouse with limited accommodations, but you can also book stay and play packages with Old American and The Tribute with boutique NYLO hotels in Plano, Las Colinas and South Side or the new Omni Dallas Convention Center. The latter is a state-of-the-art, 1,000-room shrine to cutting edge hotel design. For those boxed out of Final Four tickets, its Owner's Box sports bar features a 16-foot big screen TV.

For golfers looking to step off the plane and get in some golf right away, there's the 36-hole Bear Creek, which offers two distinct layouts -- the East Course and West Course -- renovated in recent years and should be in excellent shape.

If you're looking to stay at a resort good options include The Four Season Resort in Las Colinas, the Westin Stonebriar in Frisco (on the way to The Tribute) and the Marriott Dallas Fort Worth at Champions Circle near Texas Motor Speedway.

Both the Four Seasons and Westin have 36 holes of championship golf. The Four Seasons' TPC Course, designed by Jay Morrish and renovated by Weibring, is home to the GTE Byron Nelson Classic, while there is an outstanding Tom Fazio course at the Westin Stonebriar. The Marriott features an enjoyable Morrish design that winds through trees, creeks and lakes. 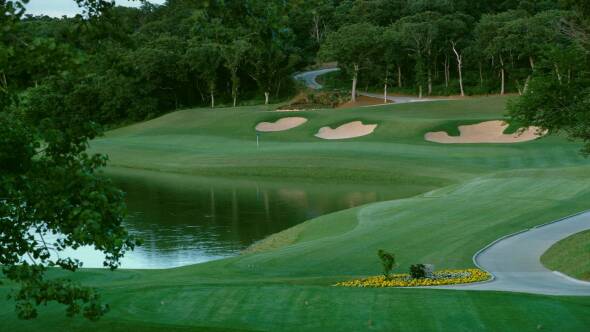 Galleries
Tour some of the best golf courses in the Dallas/Fort Worth area
Thanks to its abundance, accessibility and long summer season, Dallas/Fort Worth is one of America's great golf metroplexes. It's also one with a storied history, thanks to courses such as Colonial and legends such as Byron Nelson and Ben Hogan having resided there. For the public golfer, many of the municipalities in the metroplex have great municipal courses, and the boom of golf and residential communities in the 1990s and 2000s created many more options, both private and public.
15 Images 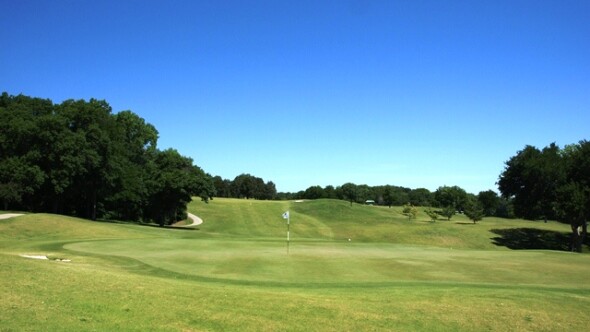 Articles
Where can you find inexpensive, quality golf in the Dallas/Fort Worth area?
Here's a question I get a lot when people ask me about playing golf in the Dallas/Fort Worth area: Where can I find cheap golf that's worth playing? Fortunately, that's an easy one to answer. And there are a lot of answers. While the DFW area certainly has its share of higher-priced courses such as the Cowboys Golf Club and Tour 18 Dallas, there are a lot of bargains out there, and many of them are quite good.
1 Min Read

Articles
From Tenison Highlands to Grapevine G.C., DFW-area munis provide north Texas golfers with plenty of great choices
The Dallas-Fort Worth area has a wealth of good to really good public golf courses. But what may surprise you is that it has one of the best collections of municipals courses in the country. Both Dallas and Fort Worth proper have some pretty good munis, but even better are that many of the suburbs have some outstanding municipal layouts by some pretty good designers. Best of all, they're all very affordable. Here's a rundown of some my favorites.
3 Min Read

Tim Gavrich
Senior Writer
Now Reading
Basketball and birdies and Big D: Where to play golf if you're in Dallas, Texas for the NCAA Final Four
Search Near Me