A religious commune, environmental cleanup and American manufacturing all play their roles in the past and future of this destination.

BENTON HARBOR, Mich. - "Have you heard about the cult?"

It was not the sort of question I expected to hear from the sales and marketing director of a public golf course. But after seeing the confusion creep across my face, Lake Michigan Hills Golf Club's Kari Stevens clued me in on some local history.

It all started in the early 1900s, when self-proclaimed prophet Benjamin Purnell led a group of thousands of believers to Benton Harbor to grow out their hair and beards, practice celibacy and vegetarianism and play baseball.

Yes, baseball. The Israelite House of David's team was a local source of pride in the early 20th century, even playing exhibitions against Major League teams like the New York Yankees.

Somewhat against stereotype, the commune was not just tolerant of outsiders, they were encouraging and enterprising. They built Eden Springs, one of America's earliest amusement parks, which spurred tourism toward Benton Harbor for the first time. Eventually, the commune split and then dwindled over decades in light of allegations of abuse and impropriety by Purnell.

Overall, though, the House of David's efforts helped get people interested in the stretch of western Michigan coast near where the Paw Paw and St. Joseph Rivers empty into Lake Michigan. Perhaps it makes sense, then, that the Benton Harbor of today has an eclectic appeal for visitors, including golfers.

Topping the list of landmarks of interest to traveling golfers in Benton Harbor is Harbor Shores, an against-the-odds upscale public Jack Nicklaus Signature design that anchors the town's struggle to recover from industrial pull-out and waste cleanup. The course's routing is as spread-out and disjointed as most golfers will ever see, but there's good reason for this: it had to be pieced together from more than 100 separate land purchases. 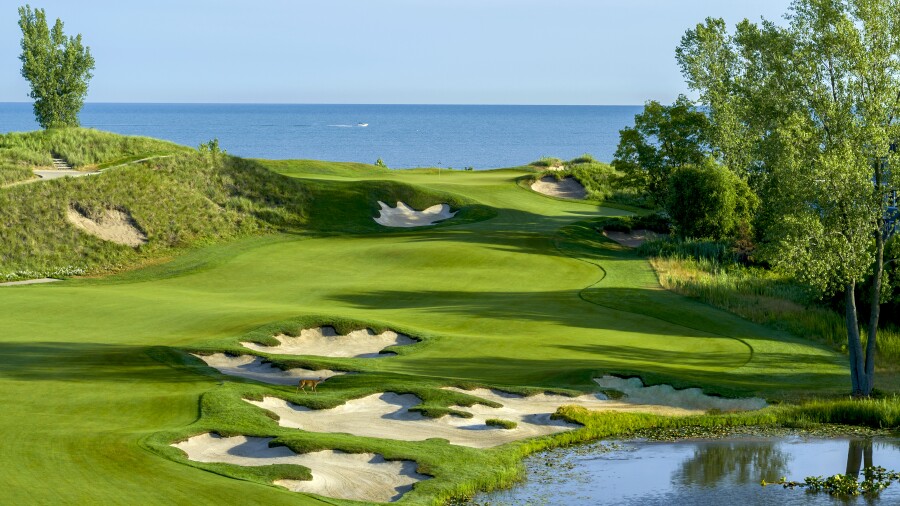 As a result, the Paw Paw River, Rte. 63 and a handful of new housing developments separate the course into discrete sections. The first five holes meander along the southern portion of the property, followed by a lengthy cart ride (walking is impossible here) to the par-4 6th, smack in the middle of the tract. The final three holes of the outward nine are the highlight of the course, playing through dramatic dunes along Lake Michigan.

The back nine comes after another long cart ride, and ultimately wanders the northern half of the property through woodlands and back along the river before finishing its extended clockwise journey about 500 yards north of the clubhouse. Along the way, golfers - including the PGA Tour Champions, which visits Harbor Shores roughly every other year for the KitchenAid Senior PGA Championship - get the full Nicklaus experience: imposing bunkering, undulating greens and a healthy measure of wetland, pond and river hazards.

In addition to mainstream golf course scenery - ponds, rivers, wetlands, a few dunes, woods - Harbor Shores players end up feeling at times like they're tooling through town, because they are. The third and fourth holes play alongside a couple rows of new, upscale cottages and townhomes owned and rented mostly by Chicagoans. After exiting the 12th green, the cart path dives downhill and ends up between the North Pier Brewing Company and the North Shore Inn, a pub-style restaurant with excellent burgers and a wall mural honoring the Golden Bear. Even though neither the brewery nor the restaurant are directly affiliated with the course, Harbor Shores General Manager Josh Doxtator has no issues with groups making a stop at either spot mid-round. It's all part of the integration of the course within the community.

Harbor Shores is not just a golf course that happens to ramble through part of a city. It's the centerpiece of a joint effort by that city and one of the last bastions of homegrown American manufacturing. Benton Harbor used to be home to more than a dozen companies that turned it into a bustling hub of industry through much of the 20th century. Recent decades have seen most of those concerns flee, leaving behind home appliance manufacturer Whirlpool to take the lead in picking up the pieces and reinventing Benton Harbor for the modern day.

Harbor Shores, and its potential to both attract outside tourism dollars and make Benton Harbor more attractive to current and prospective residents, as well as serve as a platform for local community activities, is central to that goal. Instead of a long-haired bunch of religious proto-hippies, this time it's a group of businesspeople and locals who love their town taking responsibility for making it over and making it attractive to the outside world.

Benton Harbor is also home to Point O'Woods Golf & Country Club, which since its late-1950s founding has been a favorite summer club of Michigan-going Chicagoans. The Robert Trent Jones, Sr.-designed course has a significant history in the competitive game, having hosted the prestigious Western Amateur more times than any other single course, including a run from 1971 through 2008. In that interval, winners included then-future major champions Andy North (1971), Ben Crenshaw (1973), Curtis Strange (1974), Hal Sutton (1979, 1980), Phil Mickelson (1991), Justin Leonard (1992, 1993) and Tiger Woods (1994). The Western Am returned to "The Point" in 2019, and Canadian Garrett Rank, who works as an NHL referee, defeated Daniel Wetterich in the final match. 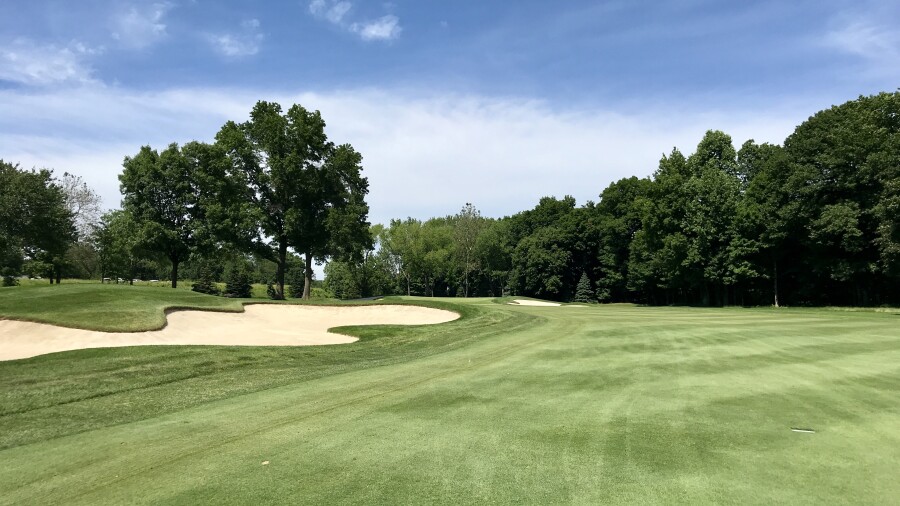 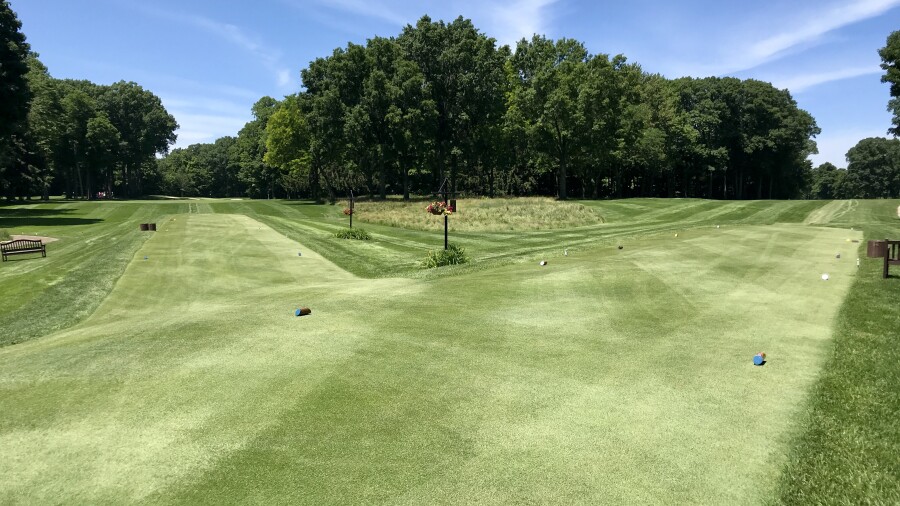 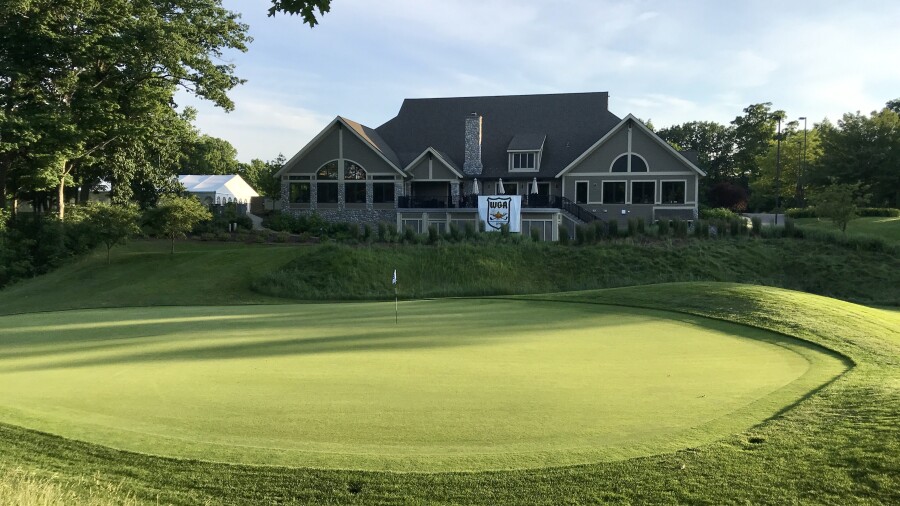 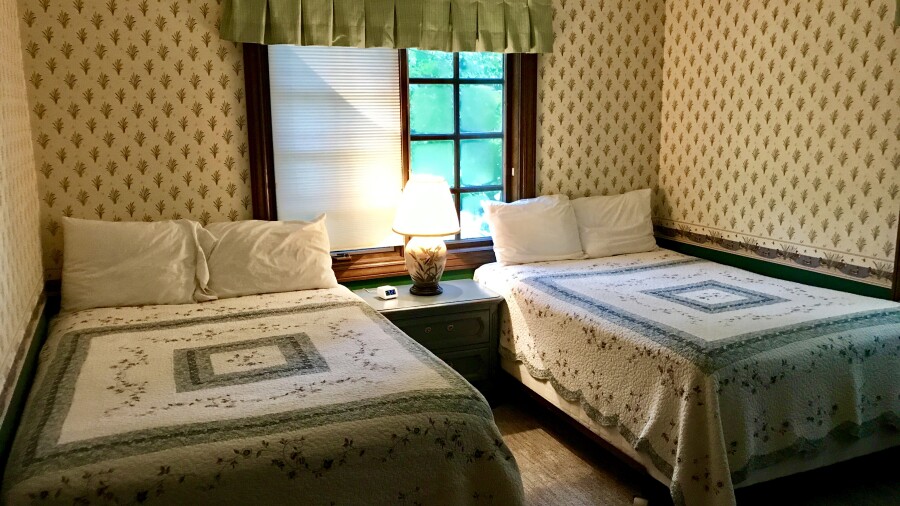 If Harbor Shores is chaotic, Point O'Woods is the picture of order. Entirely self-contained on a quiet, wooded tract several miles inland from Lake Michigan, it has a prim but relaxed feel, with a friendly and unpretentious membership, as well as a summer caddie corps largely consisting of bright-eyed teenagers, some of whom are part of the Western Golf Association's Evans Scholarship program. The long runway tee boxes and tree-lined fairways justifiably make it feel important to be accurate off the tee, but the large, undulating greens can be of some relief if you stray. Corridors tend to feel tighter than they are because of the high canopy of the elm and oak trees that mark the property.

Point O'Woods is private, but non-members can secure tee times if they arrange to stay in one of six member-owned three-bedroom, on-site cottages. These lodgings are just a short walk from the clubhouse and make for an excellent sleepover-style golf retreat for a foursome or handful of couples.

Lake Michigan Hills rounds out Benton Harbor's trio of notable, accessible golf courses. A half-century-old Charles Maddox design, both of its nines swoop down from the clubhouse and back up out of lower, flattish parkland terrain. A few decades of tree growth have left several holes a little on the narrow side, with the par-3 8th playing over a ravine and through one of the narrowest chutes you will ever see. Periodic tree encroachment aside, the course is well kept and its people, like the aforementioned Ms. Stevens, are very friendly. Green fees range up to $70 on weekends. 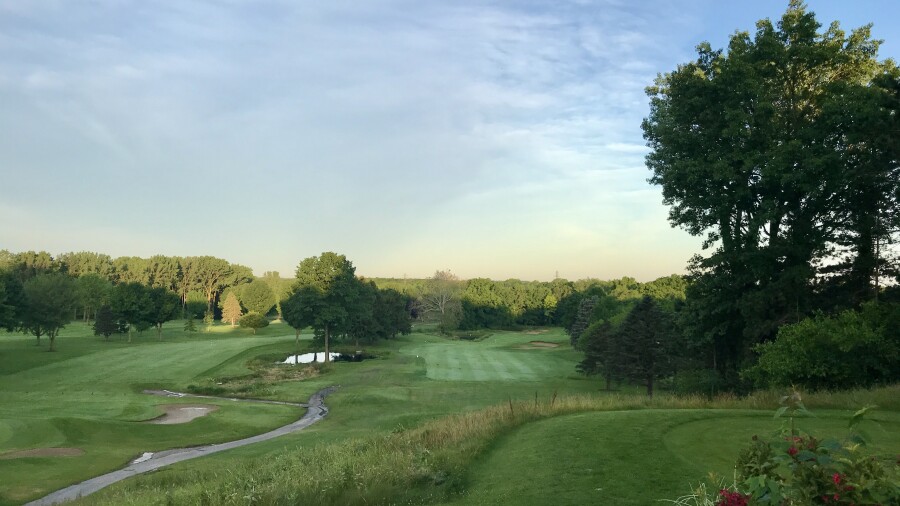 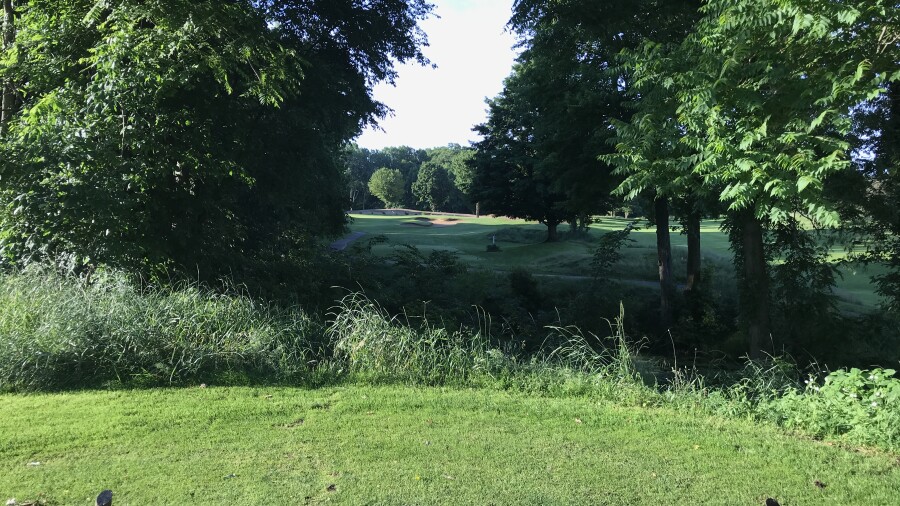 The back tee on the par-3 8th at Lake Michigan Hills Golf Club plays out of an incredibly narrow chute. Tim Gavrich/Golf Advisor 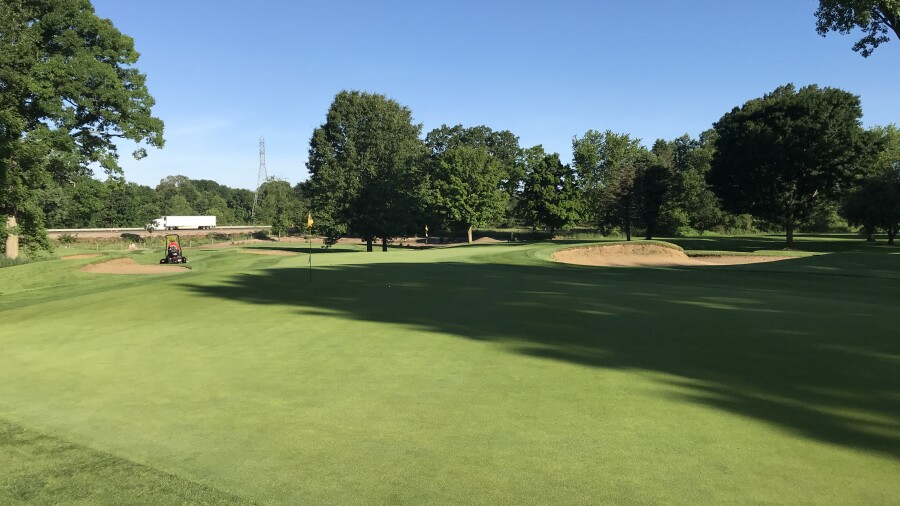