Breaking down the new handicap rules announced by the USGA 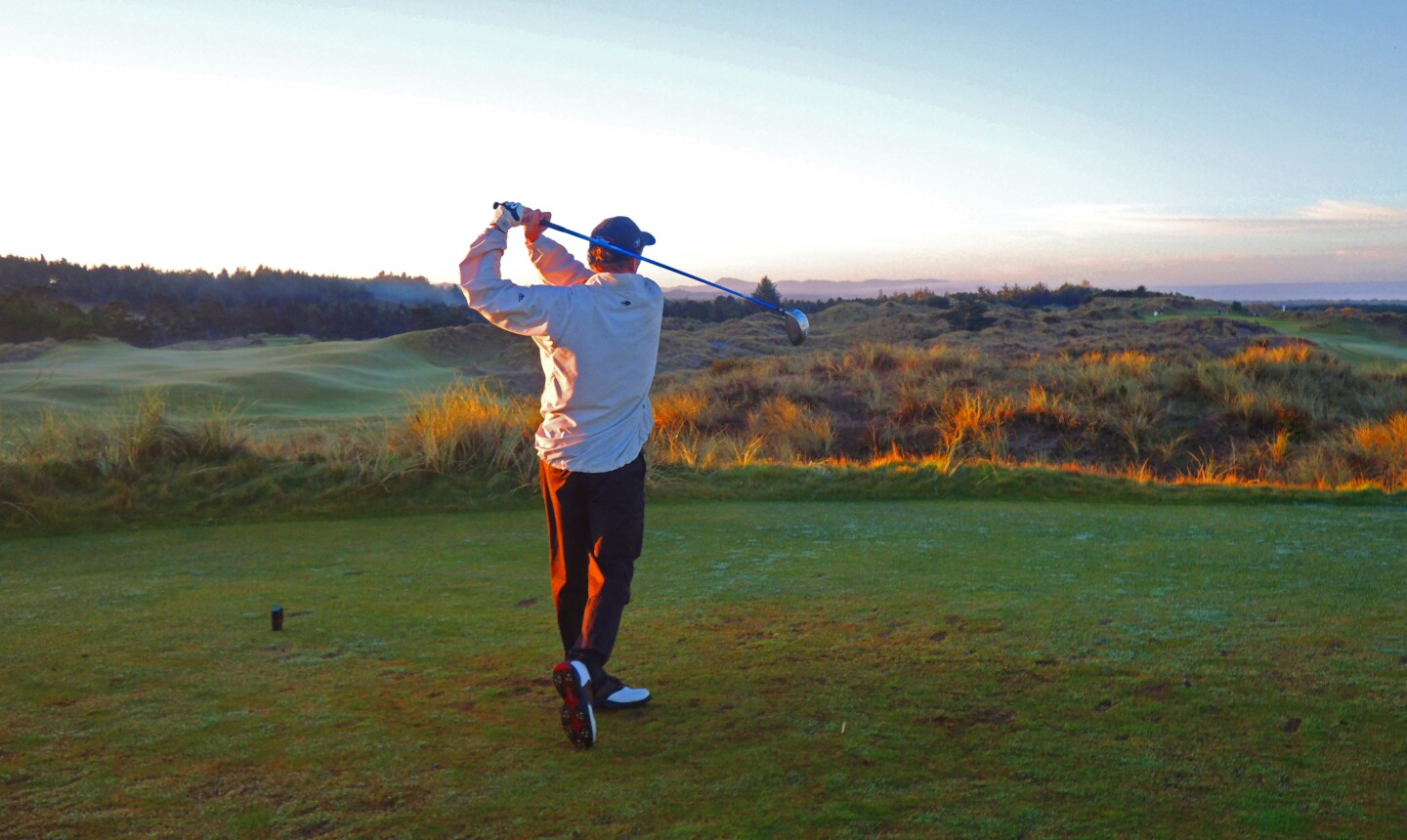 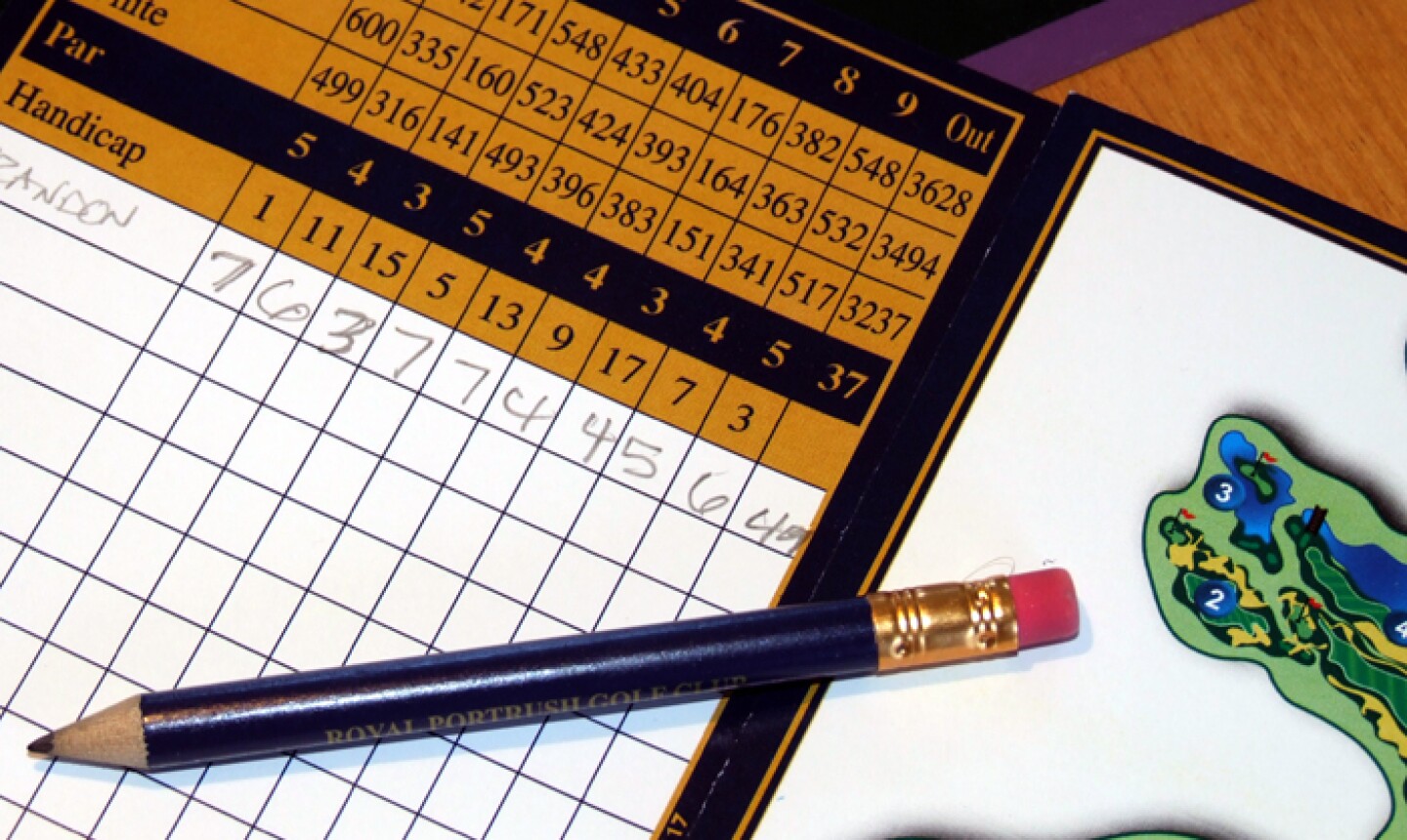 There are six significant changes to the USGA Handicap System that will impact around 10 million golfers. Brandon Tucker/Golf Advisor

You may have heard that there will be a few changes to the Rules of Golf starting on Jan. 1. One of the most significant, of course, is the rule that prohibits anchoring while making a putting stroke, essentially taking the advantage of the long putter out of the game for many players.

But in addition to the new rules, the United States Golf Association has also announced changes to the USGA Handicap System, which will also go into effect Jan. 1, and anchoring the putter is a no-no among those who are turning in scores for their handicap as well.

The USGA Handicap System is designed to even the playing field between players of different abilities. A handicap index (such as 10.4, for example) is a reflection of player's potential and can be adjusted as the player's game changes. It is also adjusted according to the course rating and slope. (For more on handicapping, see "Golf's handicap system: A beginner's guide.")

"The USGA Handicap System is constantly evolving to ensure that the system works for the game today and tomorrow," said Steven Edmondson, the USGA's managing director of Handicapping & Course Rating. "As we examine the game domestically and globally, these revisions support the integrity and reliability that millions of players around the world expect of this system. We continue to explore substantive changes as we work toward a World Handicap System in the years ahead."

Solo golf is fine for casual play, but not your handicap

According to the USGA, there are six significant changes that will impact around 10 million golfers who hold a Handicap Index issued throughout the United States and 32 licensed associations, federations and unions around the world. I found two of the changes particularly significant.

The first is are that golfers can no longer post scores from rounds in which they have played alone.

In the old days, golfers had to get someone to attest to their scores, and they certainly weren't self-reporting their scores for handicapping purposes like they do now over the Internet. Sure, they could forge a scorecard back then, but it took some effort. Players had to at least turn in a card that was filled out and signed to their handicap committee and pro.

Over the past few years, golfers have been free to self-report their scores. This new rule banning rounds played alone basically questions human integrity, and I have no problem with that. It's long overdue.

When a golfer plays alone, the odds are pretty good that second balls are dropped, the ball isn't putted out on every green, and the player uses preferred lies. Beyond that, though, we all know folks who just don't keep score accurately (often intentionally), especially with nobody watching, and report scores that either give them a vanity handicap or help them sandbag in their scrambles. I think you should still have to get signatures on your scorecard, to be honest.

The other big change addresses golfers who anchor the putter, particularly long putters. Sure, golfers who don't play in individual tournaments are probably thinking, "what's the difference," but if your handicap is reflecting your golf potential as defined by the Rules of Golf, the USGA is saying that there is no such thing as an accurate round if you don’t apply the Rules of golf. In other words, if an illegal putting stroke results in rounds that are two or three strokes better than without one, then your handicap index really isn't accurate. The same, of course, can be said for a litany of other rules that golfers routinely violate, most notably out of bounds (where they play them as lateral hazards), liberal drops around hazards, bumping the ball and the often played Mulligan. I wonder how many golfers have turned in rounds for handicapping purposes after they hit two off first tee. (Answer: the majority).

That's not to say this rule against anchoring for handicapping purposes shouldn't be in place. It absolutely should. It'll just be interesting to see how many golfers who have a USGA handicap index and have long putters will change their technique during rounds that count toward their handicaps.

As for the rest of the changes and the detailed explanation of all of them by the USGA, read on:

Definition of a tournament score

Additional guidance is provided to Committees conducting competitions regarding the definition of a tournament score, placing greater emphasis on "significant events." The definition excludes fundraising events and regular league play, in favor of designated competitions such as a member/guest or club championship, local amateur tournament or national qualifying and competition. (Section 2: Definitions)

A revised decision provides clarity for acceptable scores in limited situations where the player has not played a hole(s) under the Rules of Golf, but his or her score would be sufficiently accurate for handicap posting purposes. Three areas covered under the examples include: 1) where the Local Rule is not in effect, but a player chooses to use a Distance Measuring Device or preferred lies; 2) where a player does not wish to cause undue delay; or 3) where the situation is outside of the player's control, such as an incorrectly marked golf course. (Section 4: Adjusting Hole Scores)

Posting scores when a player is disqualified

To improve alignment with the Rules of Golf, the revised Handicap System is clearer about what scores are acceptable when a player is disqualified. In general, a score is acceptable for handicap purposes even when a player fails to hole out, or apply a Rule that affects the rights of another player. If the disqualification breach is determined to provide an advantage for the player, the score is deemed unacceptable for handicap purposes. (Section 5-1: Acceptability of Scores)

A new reference concerns a player who anchors the club while making a stroke during a round and fails to apply the appropriate penalty or an adjusted hole score (Section 4-2). Since the score would not be reflected as playing under the Rules of Golf, it would be unacceptable for handicap purposes. (Section 5-1: Acceptability of Scores)

To further support the key System premise of peer review, scores made while playing alone will no longer be acceptable for handicap purposes. This change underscores the importance of providing full and accurate information regarding a player's potential scoring ability, and the ability of other players to form a reasonable basis for supporting or disputing a posted score. (Section 5-1: Acceptability of Scores)

In an effort to assist the Handicap Committee with its responsibilities, this revision addresses a player with a temporary disability or permanent disability who has a Handicap Index that is no longer reflective of his/her current potential ability. In the particular instance cited, the Committee will no longer assign a local handicap (denoted with the letter "L" for local use only), but instead will issue a (temporary) modified Handicap Index (denoted by the letter "M"). This change supports the portability of a disabled player's handicap, so that it can be used outside the player's home club. (Section 8-4c: Handicap Index Adjustment by Handicap Committee)

An overview of these changes with more detailed information will be provided at usga.org before the end of 2015. The complete USGA Handicap System Manual will be posted to the same site, and it will be available for purchase at USGAshop.com, on Jan. 1, 2016.

I played for years by myself and always played the ball down I never took an extra ball and hit it I hit the original if I blew a shot, I never cheated. My score was exactly what it would have been if someone had been playing with me and witnessed it. I play with people that cheat when I’m playing with them and they expect me not to complain or call them on it, in fact I’ve been yelled at, and called all kinds of names for correcting them.
I was insulted and really upset that I can’t post my scores now. So it really doesn’t matter if a golfer is by themselves or alone, they will do what they want anyway.

Where in the USGA Rule Book is the Solo posting rule found?  Judy Swanson

It's not in the USGA Rule book; it's in the new edition of the The USGA Handicap System manual.

The USGA wants to change the handicap posting rule prohibiting scores made in a round played alone from being posted.  The argument is that players playing alone have a tendency to not play a legitimate round of golf.  But what about those (like me) who DO play proper golf even when playing alone?  This game is based on personal integrity.  The rule should instead say that players playing alone who don't keep score by the rules of golf should not post such scores.  Because if the USGA thinks their desire of policing potentially dishonest players is improved by this rule, they're absolutely nuts.  Sandbaggers will sandbag and there's nothing you can do about it.  To expect to be able to eliminate sandbagging is dreaming.  I know a guy who has sandbagged all his life and won scores of tournaments.  Everyone knows he's a sandbagger.  But what are you going to do about it?  He's already cheating on the rules and making more rules won't change that.  The way it works is you should enter tournaments because you wish to compete.  But you have to understand that some of the top finishers in that tournament got there by sandbagging.  It's called life.  But don't think you can change that by challenging my honesty.

You make a good argument, and I agree, the rules prohibiting turning in scores when playing alone won't change anything. I personally think the whole system needs to be overhauled, but that's another discussion. 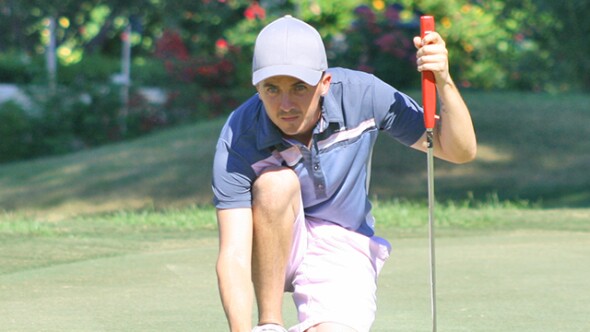 Articles
A beginner's guide to handicaps
Here's a look at the history of golf handicaps, how they are calculated, and where you can get one.
4 Min Read