The humble bucket hat is a Cool Golf Thing

One of the more quietly successful players on the PGA Tour this season has been Joel Dahmen, with six top-25 finishes and more than $925,000 in earnings so far. The native of Washington (State) got a brief bump in notoriety last year, when he was paired with Tiger Woods during the third round of Woods' Quicken Loans National. At press time, he was hanging around the top of the leaderboard at this week's Wells Fargo Championship. Part of last year's one-day social media news cycle around Dahmen had to do less with his playing, than with his headwear: a bucket hat.

They've been around for more than a century, but in my experience, bucket hats have normally been associated mostly with babies and sartorially stunted old men, not PGA Tour pros like Dahmen and Peter Malnati, who favors a bit more brim-flop. Growing up playing northern prep-school and then southern college golf, bucket hats seemed to be worn more or less ironically, as if to state "Yes, I know this looks uncool, but look how self-secure I am!!!" I'll admit to being part of this immature trend.

Recent years have made me feel vindicated. It wasn't until I moved here to Florida that I saw bucket hats for what they really are: valuable sun-protection, subjective aesthetics be damned. Imperial Sports makes nice ones. Those of us who play a lot of golf - especially in hot summers - benefit greatly from the 360-degree face and neck shade bucket hats, especially wider-brimmed ones, provide. Their form is debatable, but the important function of a bucket hat makes it a worthwhile item for any golfer, not just pros and those of us closer to the Equator. Unless you're aiming to enrich dermatologists in the coming years, you should bucket up, buttercup. 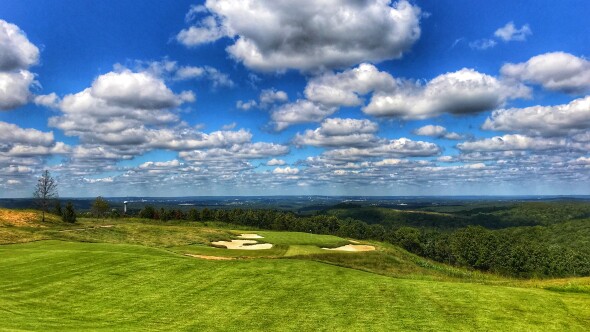 Thank you for sharing. This is an awesome post. Bucket hats and all other hats and caps are absolutely a valuable sun-protection. That's why I decided to sell hats and caps that are custom made.

Bucket hats have been my primary head cover for many years. I purchase a new model every year. The Imperial-Hampton is on order right now. Hope it looks as good on me as it does on Joel Dahmen. Thank you Joel for promoting sensible head cover and connecting with an excellent product like Imperial.
I get screened at least once a year and am healing from two cut outs from my last appointment. This is serious advise to protect ourselves from sun damage. Thank You

I like Joel Dahmen bucket hat, what brand name is it?

It's an Imperial Headwear. I linked to them in the article. Imperial makes good "normal" golf hats as well as nice buckets.

Yeah, it's hot and humid enough here in Houston that I'm breaking out my bucket hats for sure.

Tim, I hope you can help me. I really like the bucket hat that Joel Dahmen wears. Could you tell me who makes it or where I could buy one? Thanks, appreciate it. Ron

HI Ron ... I found this on a discussion board thread, It's an Imperial bucket hat called "The Hampton". Hope this helps > https://www.imperialsports.com/product/hampton-gt08/