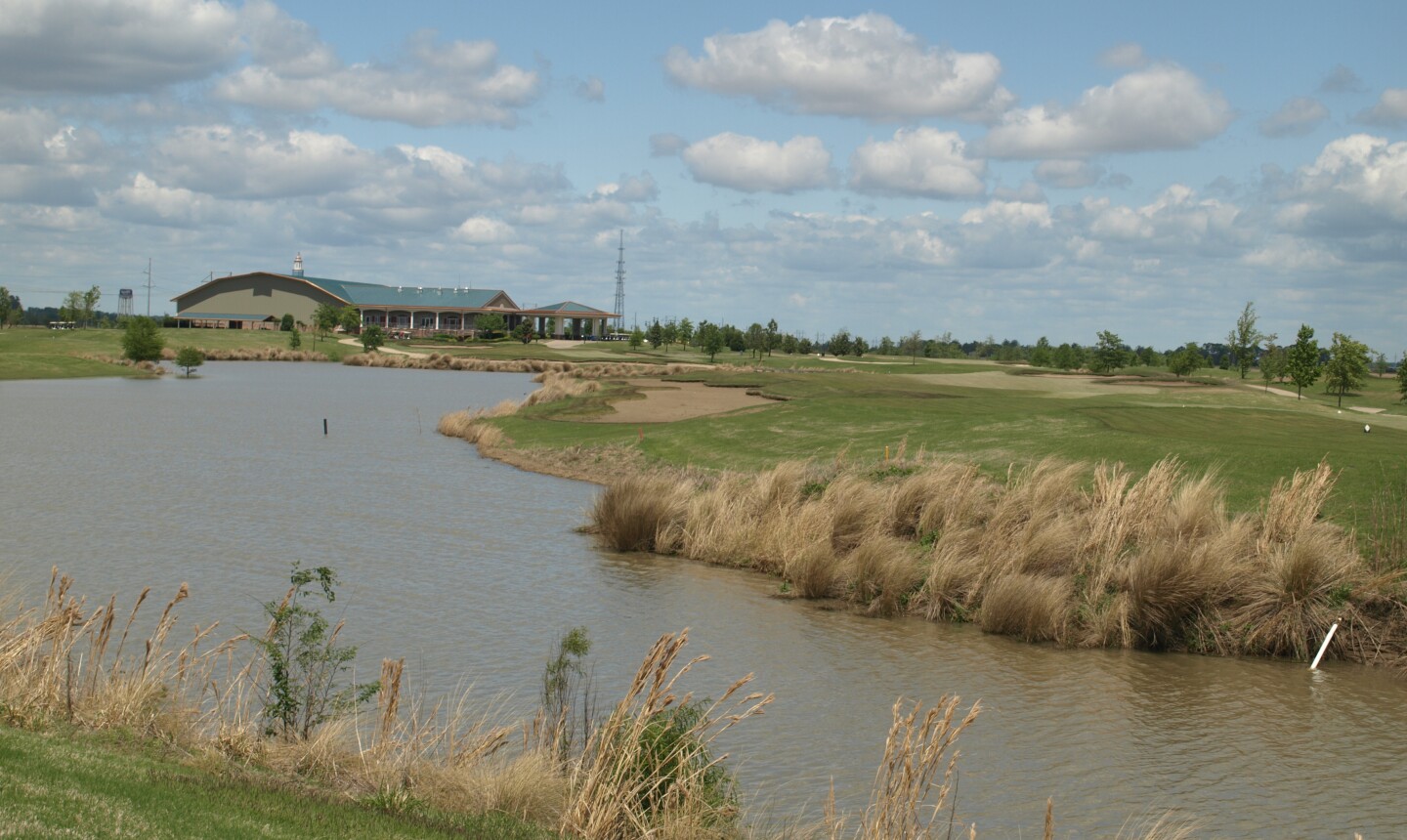 At Tunica National, avoiding the water is priority No. 1, followed closely by avoiding the bunkers, especially important on the par-4 finishing hole. Mike Bailey/Golf Advisor 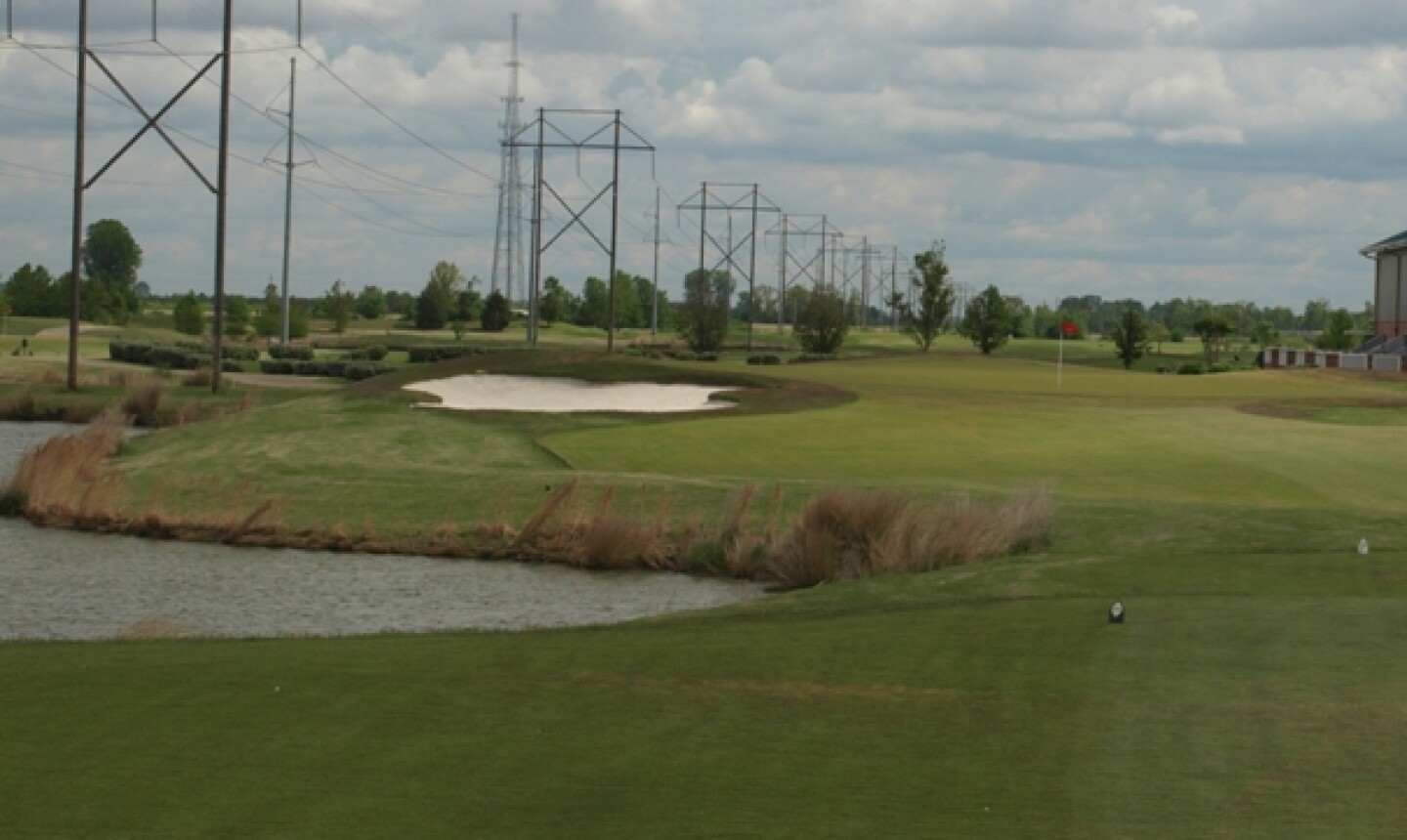 The fourth, at 224 yards over water, is one of several challenging par 3s at Tunica National. Mike Bailey/Golf Advisor 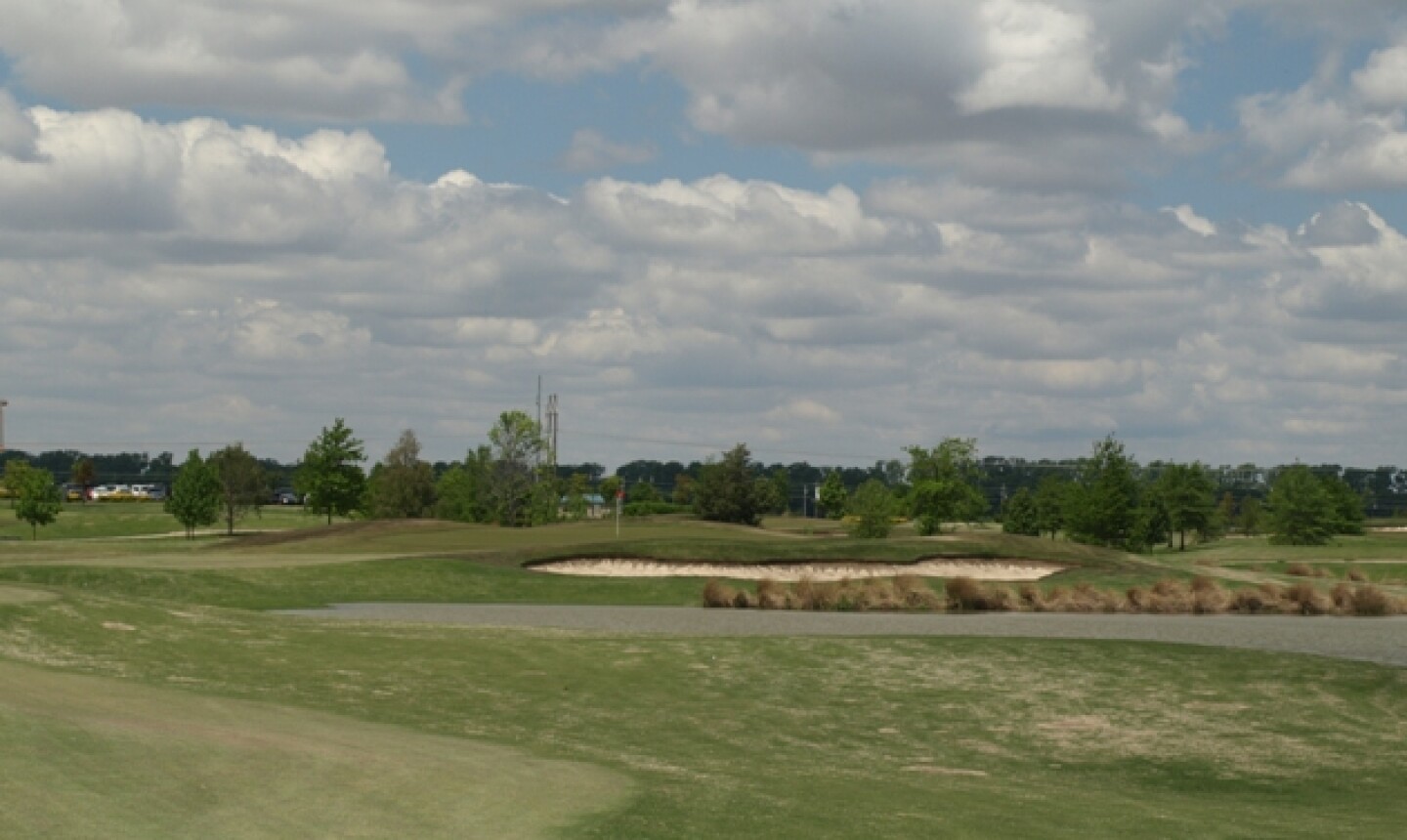 The par-5 14th at Tunica National often plays into the wind, so going for it in two over the water is a risky proposition. Mike Bailey/Golf Advisor

TUNICA RESORTS, Miss. -- The Mississippi Delta is flat as a pancake so there isn't much to stop the wind at Tunica National Golf and Tennis. The golf course has mounding and a few sloping putts, but its best defense are the numerous water hazards that surround the course, and its fairway and greenside bunkers. Throw in the wind, and the 7,210-yard, par-72 Tunica National is one tough test.

Wind, of course, can be fickle. When it's calm, like it tends to be in the dog days of summer, good players can take Tunica National for a ride. When it's blowing, the course takes you for a ride.

"I just choke up and swing easy," said former PGA Tour player Bob Wolcott, the club's director of golf. "You have to be able to control your ball flight."

Water and sand at Tunica National

The key to scoring is to avoid the water and the bunkers. You'll find water on all but two holes at Tunica National, which was designed by Mark McCumber. And every hole on the golf course has plenty of fairway and greenside bunkers, including the 18th, which has the worst possible combination of both water and sand.

Water, of course, will run up a score in a hurry, but the bunkers can be almost as troublesome. Find the fairway bunkers and shots into greens can be problematic. And you don't want to get a lie where the ball hangs up on the edge of a bunker either. I did that on the long, par-4 sixth and wound up standing on the edge of a bunker, barely able to get a stance and somehow managed to bunt a fairway wood to the green 200 yards away.

The finishing hole, which plays 443 yards from the back tees, provides the most lethal combination of the two elements. The No. 2 handicap hole on the golf course features water down the entire left side, which also has a 50-yard fairway bunker. Catch an iffy lie in the fairway bunker and getting out, much less crossing the water again to the well bunkered green, will be a problem. There's also water beyond the fairway and there is a large bunker about 30 or 40 yards in front of the green as well. In summary, there is trouble everywhere, and many a tournament has been lost or won on this hole, Wolcott said.

Fifteen years ago, quality daily-fee golf didn't exist in the Delta. It was relegated to private golf clubs, many of which were just nine holes, and the area certainly wasn't a golf destination. Tunica National Golf & Tennis and the other two courses near Tunica Resorts -- River Bend Links and The Links at Cottonwood -- have changed all that.

Tunica National is also a very challenging course, having hosted many top state amateur events, a Hooters Tour event and local PGA section events. The day I played the course, Wolcott advised single-digit golfers to play the blue tees, which are two up from the tips. It turned out to be a good tip, not because the course plays especially long, but because it's easier to navigate the many hazards when you're coming in with shorter clubs.

The golf course features excellent Champion Bermuda greens that can run quite fast on downhill putts. Fairways are zoysia, which most players find to be an exceptional surface from which to hit iron shots because the ball sits up.

The bunkers are are work in progress, with a complete renovation expected to be completed by the end of 2010.

The golf carts also have GPS, which helps speed up play and gives you a glimpse of the water hazards that aren't always evident from the tee.

The facility also has excellent practice facilities, including a large grass range, three pitching and chipping areas and a large practice green.

Stay and play at Tunica National

With nine casino hotels in an area that has become one of the Mid-South's top gaming destinations, there are plenty of options. I stayed at the Gold Strike Casino Resort, which at 62 stories is the tallest building in Mississippi.

The MGM/Mirage resort also received a recent renovation, including all new guest rooms, which feature flat screen TVs, nice work areas, large bathrooms and Keurig coffeemakers, which I found to be a nice touch.

Stay-and-play packages start for as little as $99 a night, but even if you just book a room and worry about the golf later, none of the three golf courses are particularly expensive, especially during the week, making this one of the more economical golf vacations in the country. 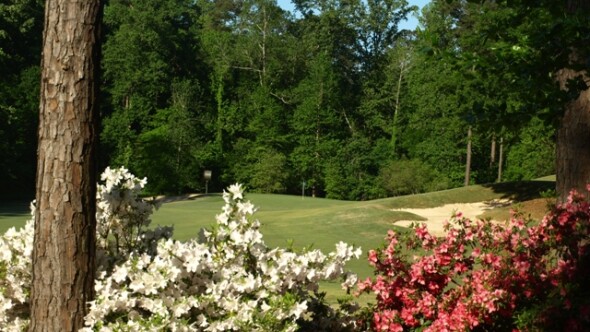 Articles
With or without the bloom, Azaleas course at Dancing Rabbit Golf Club in Mississippi passes with flying colors
No matter the season, The Azaleas golf course at Dancing Rabbit Golf Club offers plenty. And you'd expect nothing less from a Tom Fazio-Jerry Pate design on the rolling, wooded terrain of Mississippi's Choctaw Indian land. This top-rated public golf course is challenging and enjoyable. And from the beginning, its beauty is striking, Mike Bailey writes.
3 Min Read