Beverage cart in the sky? Drone deliveries on the golf course seem inevitable

By now, most folks know that it's just a matter of time before drone deliveries become commonplace. After all, it's been a few years since Amazon revealed that it's been testing such a network, and it would surprise nobody to see the online retail giant roll it out in the near future.

Of course, drone service need not be limited it to Amazon, online retailers and the military. Already, we're seeing drones helping out with golf course maintenance, but now, it appears, drones could be used directly to enhance golfers' experiences on the course as well.

An Israeli drone logistics company called Flytrex -- which has already been implementing drone service in countries like Iceland to deliver food and supplies over difficult terrain -- has partnered with EASE Drones to develop a system that would deliver food and drinks on golf courses, of which there are more than 15,000 in the United States. The testing of such a system is set to begin Sept. 15 at a golf course in North Dakota.

If successful, hungry and thirsty golfers wouldn't have to wait for the beverage cart to come around or go into the clubhouse after nine holes for a hot dog; they would simply use an app on their phones and order food and drink, which would then be delivered via a drone that flies above the flight of golf balls and lowers the bounty on a cable precisely where the golfers are.

"I think it's very interesting, for sure," said Dan Tannahill, head pro at King's Walk Golf Course in Grand Forks, N.D. "The future is going to look something like this."

In other words, someday, golf courses might not need to have beverage carts, which could come as a disappointment for many of the middle-aged men who play golf. The drone service could also be potentially less disruptive to play and, of course, quicker. And it'll certainly be interesting, at least in the short term.

For now, though, beverage carts are safe. The new drone program is only being tested at King's Walk, and there are a kinks to be worked out, like demonstrating to the Federal Aviation Administration that it's safe.

King's Walk, an Arnold Palmer links-style signature course, is close to the University of South Dakota, which has an excellent aviation technology department. Discussions between the university and Grand Forks Parks Department -- which runs King's Walk as well as the nine-hole Lincoln Park Golf Course – led to King's Walk serving as the beta test site with golfers.

The testing involves 40 golfers who have signed up for the program and have the special app on their phones. For now, they will be able to get most items on the menu, including hot dogs, hamburgers, wraps and beverages. Beer will not be delivered, at least not yet, so there will be a beverage cart on the course for that service and for golfers who aren't part of the test.

After all, Tannehill said of the fact that beer won't be delivered through the air, "how to do you check ID's and all that?"

The kitchen staff has been trained. But for now, a pilot will operate the drone, which is an expense most courses won't be able to bear. Future models call for the service to be fully automated. In other words, golfers place their order and the drone basically operates on its own after the kitchen staff loads it with an order.

The testing could last anywhere from two days to two weeks, said Tannahill, adding that the program has been giving the course, which he says is in "excellent shape right now," national attention. He believes that replacing beverage carts with drones is still a "ways away," but it will probably come.

"From a customer standpoint," he said, "It's pretty seamless."

But is it necessary or simply inevitable? While the drones will operate a hundred feet above the golf courses, they still make noise. And do golfers really need to get their snacks and alcohol any sooner than they already do?

Mike Bailey
Mike Bailey is a senior staff writer based in Houston. Focusing primarily on golf in the United States, Canada, the Caribbean and Latin America with an occasional trip to Europe and beyond, he contributes course reviews, travel stories and features as well as the occasional equipment review. An award-winning writer and past president of Texas Golf Writers Association, he has more than 25 years in the golf industry. Before accepting his current position in 2008, he was on staff at PGA Magazine, The Golfweek Group and AvidGolfer Magazine. Follow Mike on Twitter at @MikeBaileyGA and Instagram at @MikeStefanBailey.
36 Comments

This is just stupid. Just what the game needs, drones buzzing overhead all day. The delay caused by the cart girl is usually once per front and back. So now the delays are going to be at will? What happens when the drone settles down right as you are hitting? I am not a fan of this whole drone movement and see most of the "uses" as just being lazy.

I think your sales will be hurt as the drone cannot suggest a hot dog, a candy bar or crackers with the beer or soda being purchased.

A better use for drones at a golf course would be to have a camera attached so that pro shop can easily monitor who isn't keeping pace with the group in front. They can also fly high enough to lessen the noise. They just need to be able to see the "open" holes from tee to green.

REALLY?? NO BEER? What's the point? Most courses have a "phone" on #8 tee to order food from the clubhouse, ready when you make the turn.
I think this misses the point on waiting for.....here it comes...
The BEVERAGE CART !

A couple of points:

-A drone could be hit by a golf shot.
- Met my wife on a golf course. She was working the beverage cart as a side job. She routinely, through interaction with the golfers, would sell more goods than a drone could. The only drawback was that hot food was never on the cart and the options were limited by the cart itself. Maybe an interactive, human interface, would balance this out. Still have the risk of golf shots hitting the drone....unless you have specific delivery stations positioned throughout the golf course.

How far do you take this crazy marketing scheme? Replace cheerleaders with drones at football games? Yeah, that's just as stupid.

I think that would be a shame. Taking away cart girls from the golf course. I know of a quite a few young ladies that made their money for college by being a cart girl. This would be taking away from future girls to make money to attend college and further their education.

Absolutely a stupid idea. Dont need drones flying over head, I like the talking and yes looking at the cart women.

Drones flying all over a golf course seems like a disaster waiting to happen...keep the cart girls! 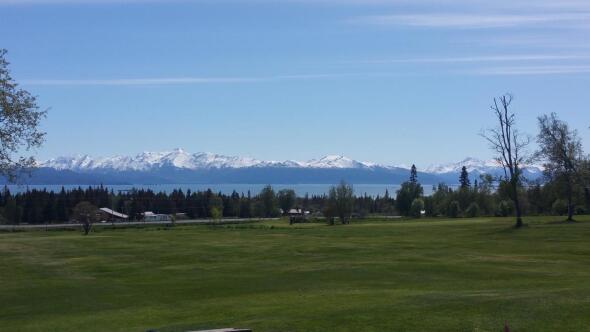 Kira K. Dixon
Lifestyle Correspondent
Now Reading
Beverage cart in the sky? Drone deliveries on the golf course seem inevitable
New Cookie Policy
WE AND OUR PARTNERS USE COOKIES ON THIS SITE TO IMPROVE OUR SERVICE, PERFORM ANALYTICS, PERSONALIZE ADVERTISING, MEASURE ADVERTISING PERFORMANCE, AND REMEMBER WEBSITE PREFERENCES. BY USING THE SITE, YOU CONSENT TO THESE COOKIES. FOR MORE INFORMATION ON COOKIES INCLUDING HOW TO MANAGE YOUR CONSENT VISIT OUR COOKIE POLICY.
CONTINUE
Search Near Me