Going low on the Golf Channel Am Tour

EL CAJON, Calif. - How does advice from an NFL Hall of Fame running back and a week without practicing equate into breaking a course record and two other Golf Channel Am Tour records at The San Diego Open?

After only picking up golf four years ago, Wilkins is off to a promising start as an amateur—and maybe as a pro someday. Wilkins, 29, broke the course record of 61 on the Willow Glen Course at the Singing Hills Golf Resort Feb. 22-23 to secure the win at The San Diego Open. His 11-under round set the Am Tour 18-hole scoring record and his 15-under total set the 36-hole record.

Now, some might write off his performance as “pure luck” or “the round of a lifetime,” but if you knew Wilkins' approach to golf and his journey so far, you might think twice before assuming luck had anything to do with it.

A former collegiate baseball player at N.C. State, Wilkins did not find golf until after he got out of school.

“I came home and got a job. It wasn’t long before I needed to find something competitive to do,” he said in a phone interview after the tournament.

The sport quickly turned out to be the perfect remedy for his competitive thirst, but had it not been for a friendly golf buddy, he might not have considered competing at all.

“I golfed with Marshall Faulk a couple of times, and one day he told me how great my drive was," he said. "Back then, I could hit the ball pretty far at around 350 yards, but I knew I had a problem of slicing my shot. You could say it took a former NFL player to fully convince me I was good enough to compete.”

Since joining the Am Tour in 2016, he has committed all his free time to bettering his game. During the work week, Wilkins is out practicing from about 3:30 p.m. to 8 p.m. On his off days, it is 6 a.m. to 3 p.m. He credits his boss at his full-time job for being so flexible in his scheduling.

Yet, sometimes work interferes when he least expects it. Wilkins found himself with less practice time than he wanted the week before The San Diego Open.

“I was actually in Atlanta for work from Tuesday to Friday," he said. "It also rained while I was there, and I didn’t get much practice in.”

In what seemed like an uphill battle before the tournament started, Wilkins made sure to start strong.

He began on hole 10 on the Oak Glen course Saturday, making consecutive birdies on holes 14-15 and on 17-18 to close out the nine and turn in 4-under. The incoming rain tried to cool him off a bit, but Wilkins finished the front nine even-par to take the 1st round lead at 4-under 68.

During Sunday's final round on the Willow Glen Course, Wilkins birdied holes 2 and 3 and then hammered in an eagle on the par-five 5th hole. He took holes 8 and 9 with consecutive birdies to turn in an eye-popping 6-under par 30. To start the back nine, he rallied his 3rd straight birdie. Wilkins then made par on holes 11,12 and 14, but his hot streak was not over. He immediately birdied holes 15 and 16.

“I stopped keeping score on hole 12 because I realized what I was doing," he said. "It wasn’t until hole 16 that I started to hear rumblings about the course record.”

Wilkins pushed his tee shot into the trees right of hole 17. He now had a critical choice - punch out or go through a small gap in the trees to advance his ball near the green on the par-five. Wilkins chose the latter. He would get it up and down for birdie.

“17 took me the longest to set up," he said. "I knew if I hit the ball out, I would be around 180 yards from the green. At that point, I also knew I had played well enough to win the tournament. So, I decided to go for the small window.”

The rumblings got louder from the fans as he approached the 18th. The rising levels of excitement filled the air. Wilkins reared back and mustered a 163-yard 9-iron to four feet from the hole. He closed his day with a birdie, securing the Willow Glen course record of 11-under par 61 and beating the previous record by only one shot.

Wilkins hopes to break more course records in the future. What's next? “I’m going to keep amateur status and go to Q School (PGA Tour Q School)," he said. "Then, do the Q School for the next couple of years and try and go pro.”

If Wilkins keeps going low, he might have a shot.

John Thompson
John Thompson is a visual storytelling intern for the spring semester at Golf Channel and a Stetson University graduate with a Bachelor of Arts in English. John enjoys reading presidential history, listening to podcasts and rooting for his Kansas City sports teams. His favorite golfer is Brooks Koepka. Follow him on Twitter @JTFiddlesticks
2 Comments

So happy for Ryan! All of his hard work, focus and drive are to be admired! He is one amazing young man who has always been and is still going places! Much success! 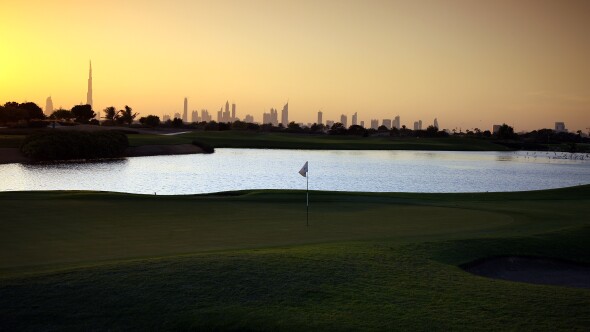 Articles
7 Min Read
Is there a future for golf in cities?
As cities grow in size and expense, golf will need to adapt to remain a part of the urban environment. 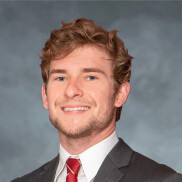