Avid golfers who purchase blindly could waste hundreds or thousands of dollars on ill-fitting golf clubs.

It’s a well-worn argument because it’s a good one: if you intentionally buy clothes to fit your body, why would you spend hundreds or thousands of dollars more on golf clubs that don’t fit your game?

It is no coincidence that as consumers do more and more research before making significant purchases, more and more golfers are choosing to buy equipment that is tailored to them than ever before.

The companies providing those services are getting savvier, too. This includes not just brand-agnostic fitters like Club Champion and True Spec but the major manufacturers themselves. Golf may be a leisure activity, but every year it becomes easier to make sure that the primary investment you’re making in your game – the tools you use to make your way around the course – is a wise one.

Death of the Demo Day (finally)

For anyone with even a passing interest in keeping up with trends in golf equipment, it has always been fun to fantasize about the extreme level of attention and detail that pros receive when dialing in their tools of the trade. Images of traveling tour vans and armies of experts cobbling clubs together on-demand for elite players has made the equipment trial process for us mere mortal golfers seem so much more pedestrian that many golfers have not typically seen the process as worthwhile.

The best most of us used to hope for was the occasional demo day at a nearby course. This would typically mean tents representing four to six of the big OEMs, each with reps on hand not so much to do one-on-one fittings but make sure sticky-fingered visitors didn’t abscond with the merchandise. If you were lucky and genuinely interested in buying something, you might get 15 minutes of a rep’s attention, but that is seldom enough to produce a proper fit.

In recent years, big-time equipment companies have taken a more sophisticated, targeted approach to green-grass outreach. It has paid off for both fitters and golfers. Fitters would much rather see a handful of interested golfers per day than handle a large group of unvetted visitors whose true intentions are unclear.

"The model we've strived for for the last four or five years was, we wanted it to just be one-on-one fittings,” said Scott Schaum, a club fitter who has covered parts of Florida for TaylorMade for 11 years. “We didn't want to set up a tent and have everybody come in a free-for-all, circus environment."

The one-on-one fitting-day experience, which other manufacturers like Callaway have also embraced, benefits all parties involved, Schaum says. He and his colleagues have a controlled, known and qualified list of clients for the day, which enables them to sell more product with less effort, much of which used to be sunk into weeding through a throng of window-shoppers for the one golfer who is ready to buy.

The COVID-19 pandemic has only confirmed the wisdom of this approach. Fitters can socially distance from their prospective customers, sanitize equipment between appointments as necessary and still deliver the information to golfers – typically with the help of the same sophisticated TrackMan or similar launch monitors that the pros use – that will inform their purchase decision.

This approach is here to stay. Schaum is having his best sales year ever, and that bump is being seen through the rest of the company and wider equipment industry as golf’s recent surge in popularity has buoyed equipment purchases. Golf equipment sales in Q3 of this year surpassed $1 billion for the first time in a single quarter since Q2 of 2008, according to industry reports.

Whether it’s TaylorMade, Callaway or other major manufacturers, the main conduit to an on-the-range, one-on-one fitting is your local course’s pro. He or she will schedule blocks of time with local reps for a particular day, and open time slots up to golfers who want to make an appointment. TaylorMade’s aforementioned MyFittingEXP site allows golfers to search for upcoming fitting days. Callaway’s retail locator also lists upcoming fitting days for its accounts.

While there’s no harm in going into a fitting as a blank slate, Schaum has observed that his more recent clients “know who they are as golfers” more than they used to.

If you’re looking to take a more active role in your fitting, there are a few specs to be aware of, as well as some general rules of thumb.

Nick Colati, a TaylorMade rep with seven years of experience in the Philadelphia area, says, “The number-one thing amateur golfers get wrong or don't understand is swing speed. It's all about ball speed, really.”

While certain driver models have been able to leverage advanced aerodynamics to help a golfer’s swing speed tick up slightly, raw speed gains are largely a function of swing mechanics and fitness. Case in point: Bryson DeChambeau’s body change, which has helped him lash harder at the golf ball than ever before.

But another factor in DeChambeau’s and other pros’ distance gains has to do with equipment optimization, especially off the tee. “It’s all about maximizing efficiency and ball speed,” Colati says.

That efficiency is a product of a marriage between a high launch angle and fairly low spin rate. Many golfers with ill-fit drivers launch the ball lower than is optimal, and generate too much backspin, robbing them both of yards of carry and run-out. Even modest swing-speed golfers can gain 10 or more yards by going from a poor-fitting driver to one with the correct loft and a shaft that unloads through the ball for optimum trajectory.

Speaking of shafts, this is one area where fittings can be invaluable. Gone are the days when the major manufacturers offered clubs with a proprietary shaft or two. The importance of fitting has made such recent strides in the avid golfer base that the big club companies have all contracted with the shaft manufacturers to offer dozens of choices, all of them bona fide aftermarket-quality shafts.

Different shaft weights, flexes and kick-points have different effects on the trajectory of a given shot, and two seemingly identical golfers can turn out to have different needs and preferences when it comes to shafts. The difference between a compatible shaft-head match and a poor one is not just a matter of distance, but accuracy as well.

The bottom line? There has never been a greater opportunity for golfers of all handicaps to find clubs that satisfy their unique basket of needs and desires. Nor has there been a more efficient way for golfers to find someone to help them along that journey. 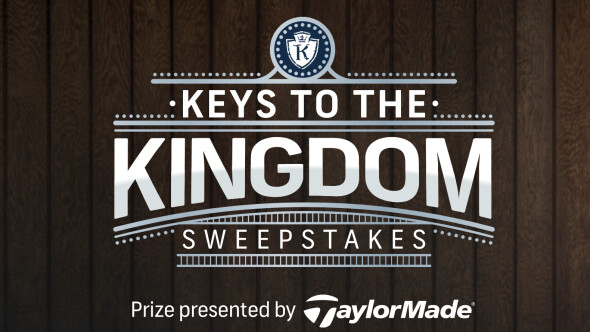 GolfPass/TaylorMade Sweepstakes Entry
GolfPass and TaylorMade are currently running a sweepstakes whose winner will have the chance to travel to Carlsbad, Calif. for a fitting at TaylorMade's Kingdom. For more information and to enter, click here.

For more on club fitting: 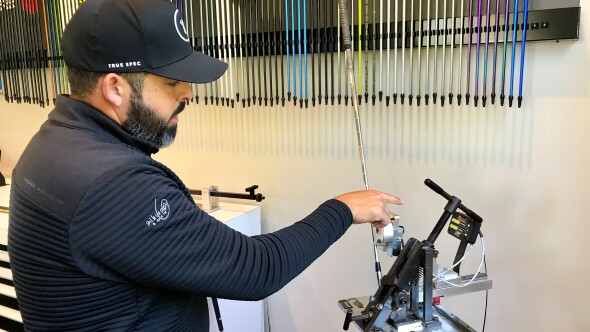 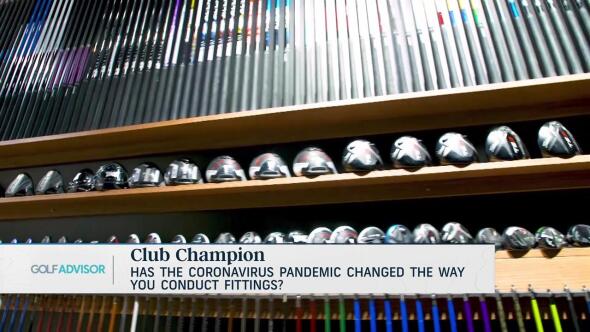 A real clubfitter choose club heads and chaft regardless of OEM.

Have a friend who just went to a local shop that does not rep a particular brand but I agree, if you go to a brand name, they are going to set you up with something within their line. And for that matter, the same club models will be recommended across wide ranges of play ability. Shafts, lie, etc. may change, which I agree is very important, but there is a strong likelihood that a 15 HC'er and a 24 HC'er are going to be directed to the same club model within a company's product line.

I wish you could take your clubs to a fitter to see what can be done with them in regard to shafts, grips, lie, etc. because as I have replied several times, I do not want a club that masks a swing problem which so many newer offerings are designed to do.

I don't think you can get accurate spin rates hitting range rocks! I don't live in a major center and the fittings you describe don't happen. Just the regular few shafts, interchangeable heads and a launch monitor...sometimes optical.

Last time I went to a simulator, I brought my driver and 7-iron as well as a dozen balls that I use. I hit my gear to get the baseline since every simulator is a little different. Then when I swing a different model, I have a much better idea how is feels and performs compared to my existing gear. Once demo'd a couple clubs the simulator told me I was hitting notably longer, only to find out I was hitting them substantially shorter in the real world.

This would be great if any of these manufacturers actually had fitting days. When you visit the Callaway, TaylorMade, Titleist, etc. websites the fitting pages are never up to date. I live in LA and they’re impossible to find here, so I can only imagine how frustrating it is in less populated areas.