How To Sneak Onto 5 Of America's Most Exclusive Golf Courses 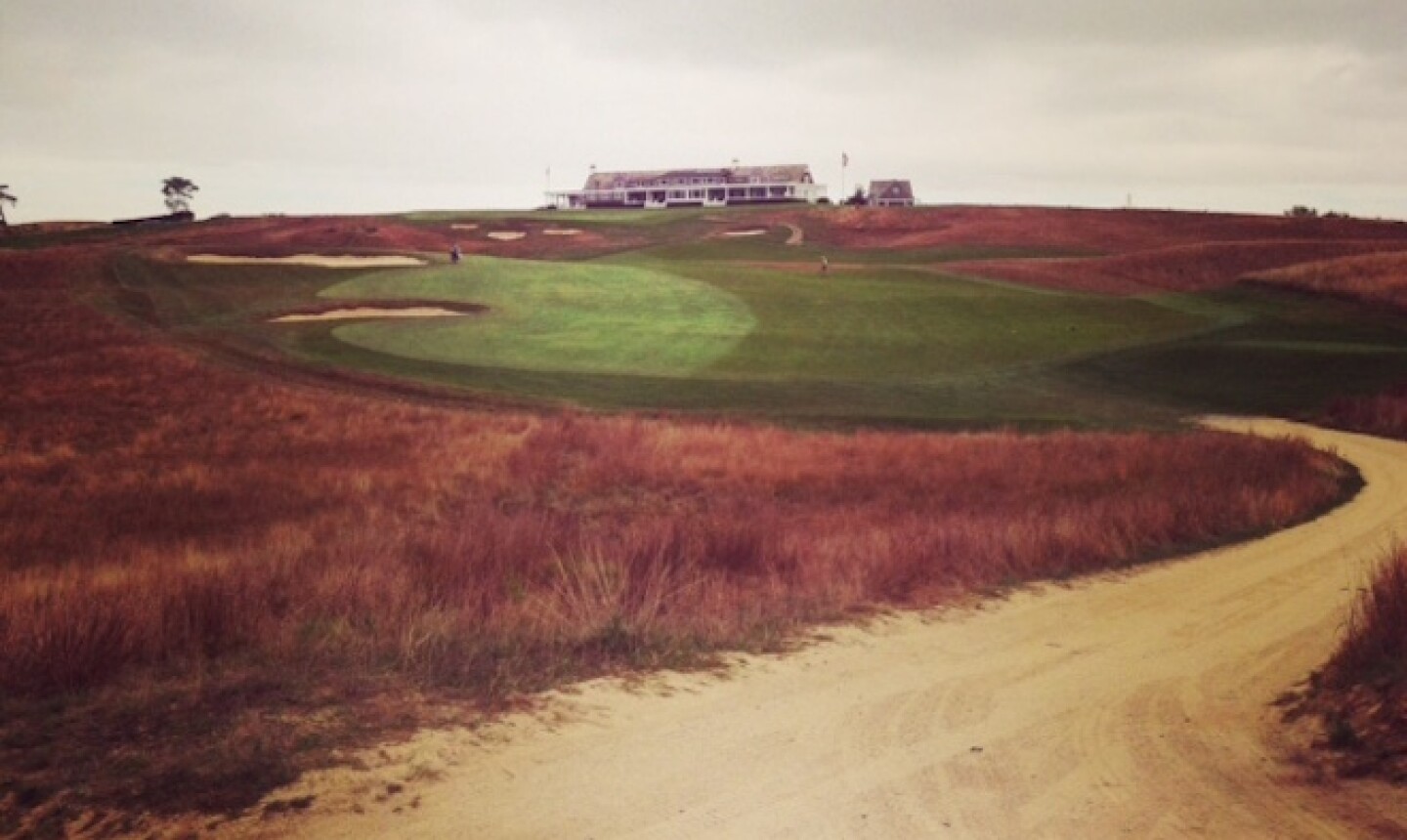 Shinnecock Hills is one of only a few golf courses in the world that is absolutely universally beloved.

If you've ever had the chance to play a top-100, ultra-exclusive private club, I'm guessing it's because you were invited by a member.

But there are other ways of playing these fortress-type courses...with no member connection at all.

Here are five ridiculously awesome, seemingly impossible-to-access private clubs that you can access all by yourself.

It's not literally "sneaking on," but it sure feels like it.

Forget about getting on this classic course and home club of luminaries like former GE chairman Jack Welch during the summer. Well-heeled annual Nantucket visitors and property owners comprise the membership at this links-like beauty.

But... if you're willing to potentially brave some choppy seas and weather, you can access the course during the shoulder season. Green fees for public play between Columbus Day and Memorial Day run at about $110, which we consider an incredible bargain.

Double Eagle Club - Galena, Ohio (#76, Golf Digest "100 Greatest Courses in America")
Many of the best and most exclusive clubs are the result of the vision of a single man. In the case of Double Eagle, that man is Columbus businessman John H. McConnell, who contracted Tom Wieskopf and Jay Morrish to build him a course in the early 1990s. While McConnell did open the club up to a small membership, it remains one of the toughest tickets in golf.

But... if money is no real impediment to access, the First Tee of Central Ohio has an auction item on their website that might be of interest: A round for three (accompanied by the hosting member) is currently going for $1,600, but if you want to put an end to the bidding, the "buy it now" price is $3,500. You'd better act quickly, though; bidding ends at midnight on May 1.

Anyone can get "on" Shinnecock Hills in The Hamptons of New York; just buy a ticket for the next U.S. Open it hosts, in 2018. Playing Shinnecock Hills is another story. The course is ranked in the top five in the U.S. by both GOLF Magazine and Golf Digest, due not just to the quality of the course, but its exclusivity as well.

But... The club will host the Project ALS Golf Outing on June 8 this year. Limited to just 80 players, there appear to be a couple foursomes still available, for a $15,000 donation (at least you might be able to write some of it off!).

Rich Harvest Farms - Sugar Grove, Ill. (#81, Golf Digest "100 Greatest Courses in America")
This course west of Chicago is the playground of area businessman Jerry Rich and about 50 of his friends. You may know it as the host of the 2009 Solheim Cup. The club has also hosted some big amateur events such as the Western Junior and two NCAA Regionals. It will host the NCAA Division I National Championship for both men and women in 2017 as well. The general public have little to no hope of accessing the course except as spectators.

But... historically, if you join the American Express Preferred Golf program and stay two nights at the swanky nearby Arista Hotel, you may be able to arrange a complimentary round at Rich Harvest Farms.

Sand Hills Golf Club - Mullen, Neb. (#9, GOLF Magazine "Top 100 Courses in the U.S.")
An absolute masterpiece crafted by Bill Coore and Ben Crenshaw for owner Dick Youngscap, Sand Hills is the consensus pick by those in the know for the title "best course built since 1950." Naturally, it has a relatively small, exclusive membership.

But...the club has been known to honor polite and sincere hand-written letters from avid golfers and students of golf course architecture looking to experience the course on a one-time basis. If you are gracious and flexible (weekends are almost definitely a no-go) in your request, you just might find yourself with a tee time on one of the greatest golf courses in the world.

Do you have any other strategies for accessing some of America's most exclusive golf courses? If so, we'd love to hear your recommendations in the comments!

Craig Better
Craig Better is one of the founding editors of Golf Vacation Insider. In addition to traveling to 15 foreign countries, he has twice traveled across America to play golf courses in all 50 United States. Prior to joining Golf Vacation Insider, Craig was a freelance writer who contributed to GOLF Magazine, Travel + Leisure Golf, Maxim Magazine, USAToday.com, and co-authored Zagat Survey’s book, America’s Top Golf Courses.
11 Comments

A "sleeper" in a sense - I would have to place Stone Canyon Club in Tucson, AZ as a spectacular private golf club that is nearly impossible to get on. Combining incredible vistas of the Catalina Mountain Range and impeccable playing conditions, this one is a true beauty. If you ever get to Tucson, this one is a must if you can find a way on.)

Eldon,
Just show up and scalpers on sunday will be selling for close to face...
Re: Getting on exclusive places...Look the part...Show up...Ask...It works some times...eBay...Teetimes....You'll be amazed what is there some times...CharityBuzz...Always has some ridiculously private foursomes available...But ya gotta go deep...Biddingforgood...Right now as I write Shinnecock, Sebonack, Deepdale, Liberty National, National and many more superb places are posted for sale for charities....Each will sell for substantial $....But candidly....What is a proper price to pay to play a place which has $100,000 plus initiation fee to join???

Can you get me a ticket for the US Open final round?I have been a USGA member for years.
Thanks,
Eldon Dietrich
402-314-8837

Thanks for the tip on Sand Hills. I may give that a try. I do have access to Dismal River and am planning a trip this summer. Have been trying to figure how to get on Sand Hills.

As long as whom ever it may be regarding these courses,as long as they have their holier than thou attitude they would be the last places in the world i would like to play,they are so bad for the game of golf for the average person,it is no wonder golf is declining in nth america.I am a golfer who goes on a 2 month golf trip yearly.

We'll look into it. Since Rich Harvest Farms is ramping up their hosting of high-profile tournaments, it could be that they're on hiatus or that the offer is unpublished. We've adjusted the post for the sake of clarity.