Indianapolis: At the crossroads of golf in America 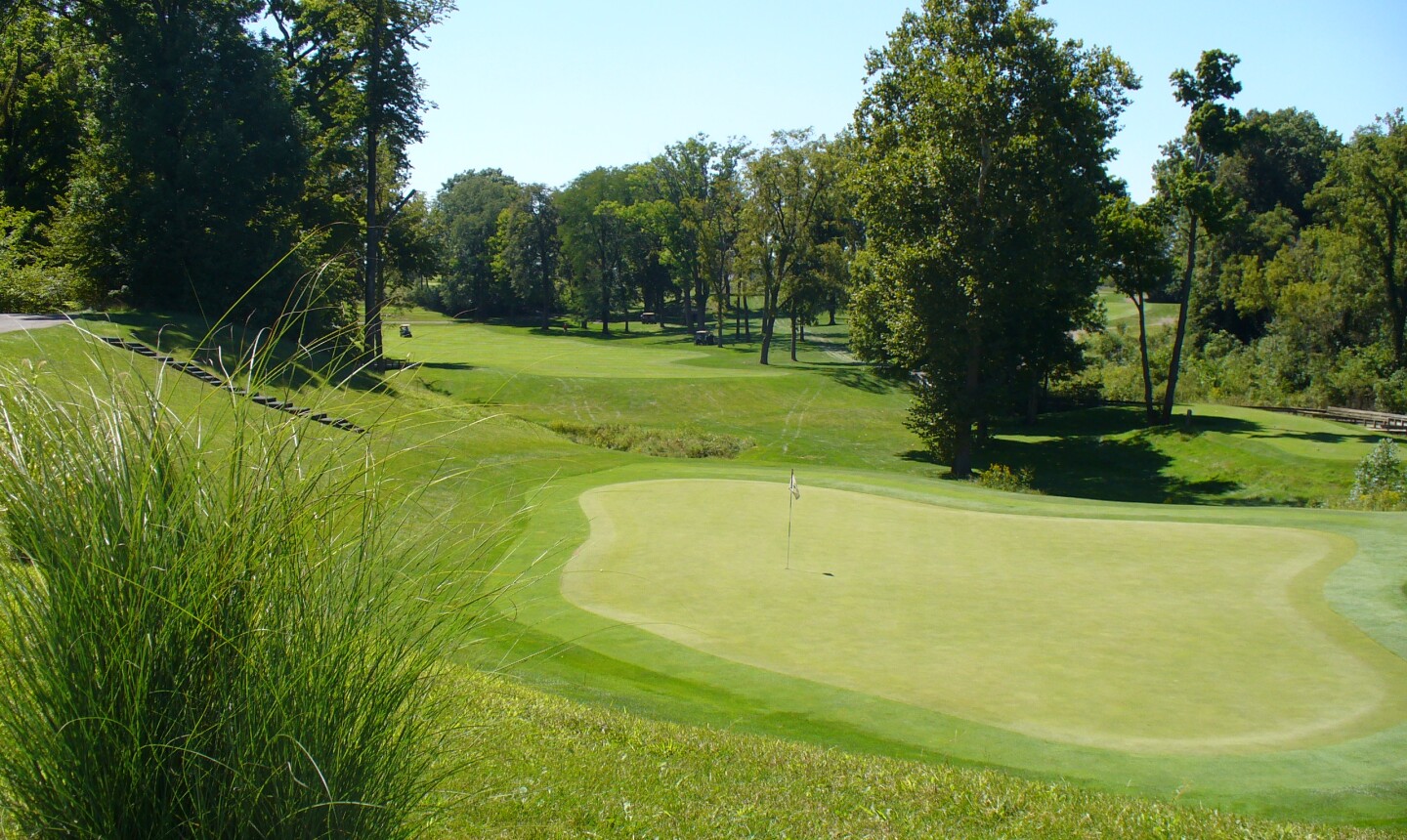 The 18th hole at Bear Slide Golf Club in Cicero is one of the favorite closing holes in the Indy area. Kiel Christianson/GolfAdvisor 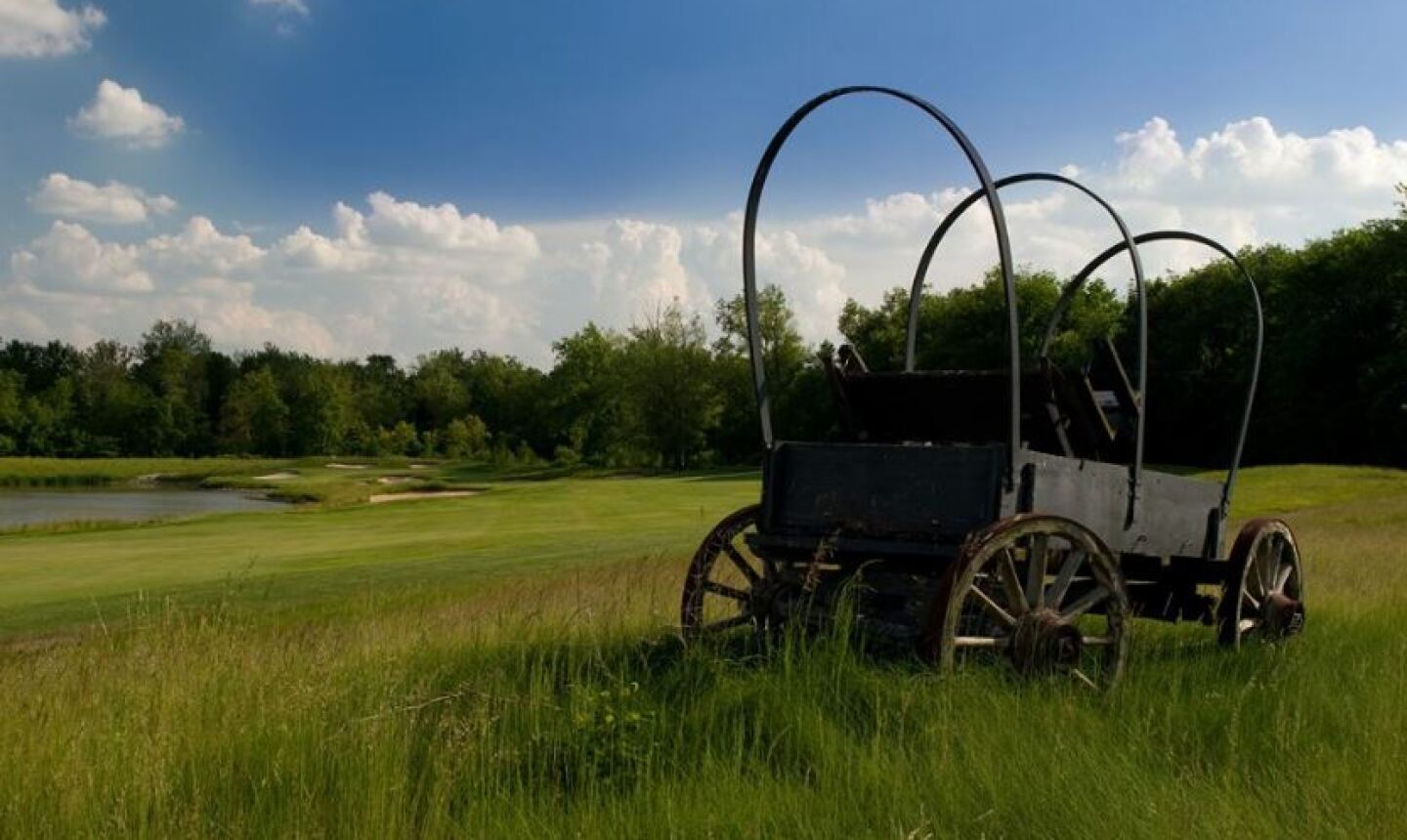 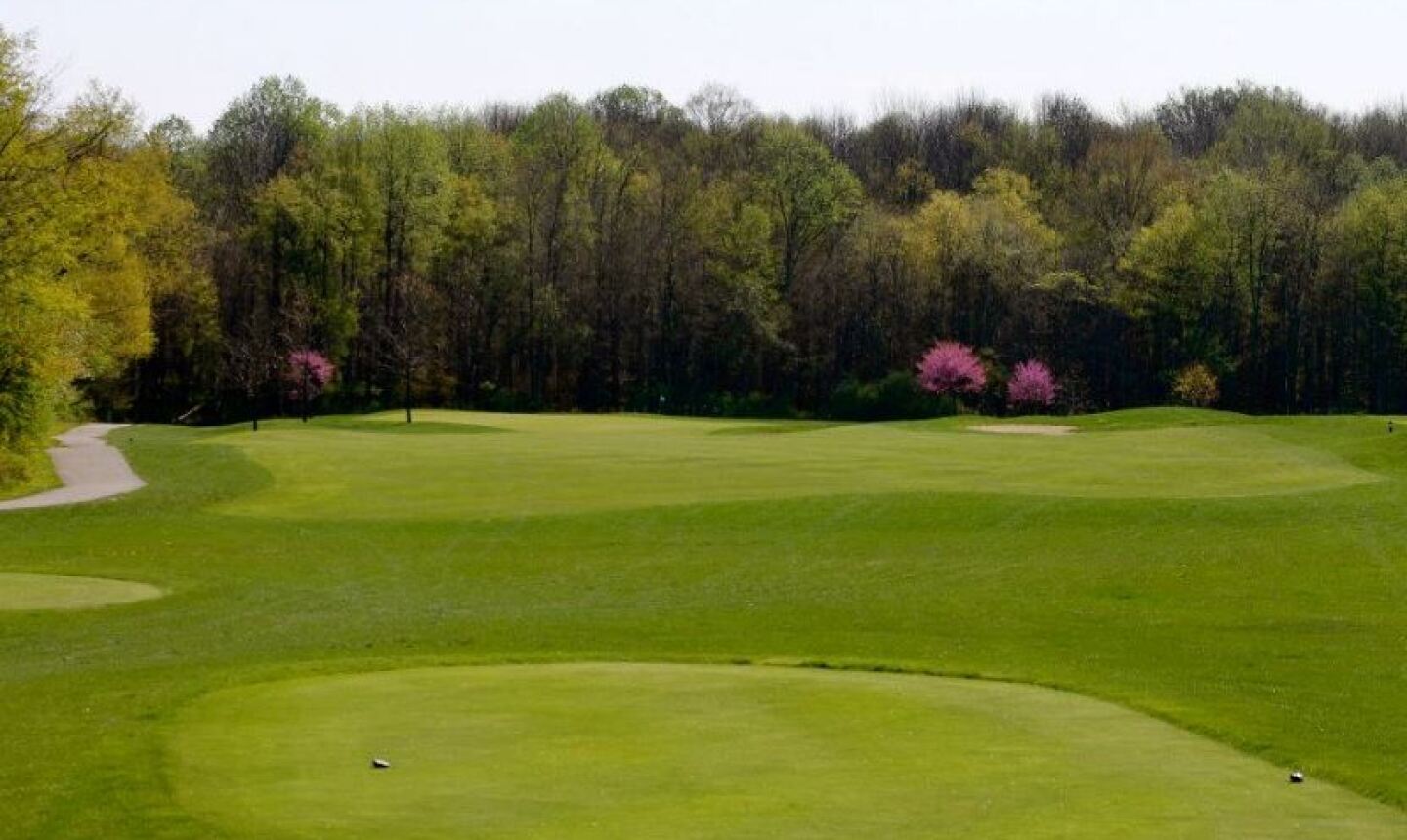 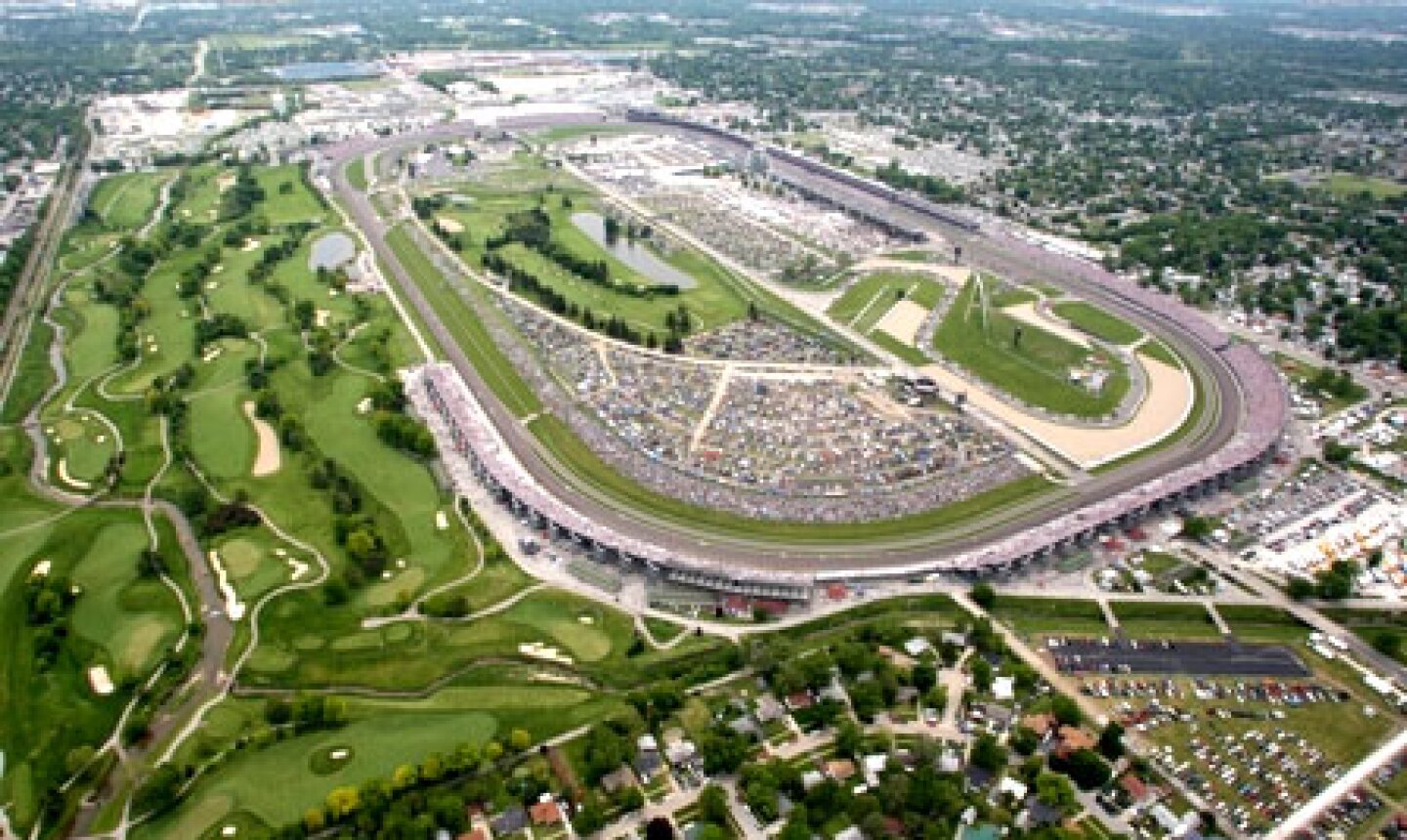 Everyone knows about the Indy 500 -- but few know the host track is home to an excellent Pete Dye golf course, Brickyard Crossing. Courtesy of visitindy.com

Indianapolis may be the home of "The Greatest Spectacle in Racing" -- the Indianapolis 500 -- but that's only one day a year. Even if you add in NASCAR's Brickyard 400, it still leaves a lot of days to find something else to do in Indiana's capital.

Fortunately for golfers, Indianapolis is arguably one of the top five urban areas in the nation for golf, in terms of quality, accessibility and affordability.

Indianapolis has benefited from the patronage of golf course architect Pete Dye, who maintains a residence in the city. Some of Indy's municipal courses were designed by Dye, and others have been renovated by Dye's architectural firm for $1 each -- yes, $1. Accordingly, these muni tracks are wonderful challenges for golfers of all skill levels.

The best are the two 18-hole courses at Eagle Creek Golf Club -- the Pines Course and the Sycamore Course. Here you can ride for less than $50 and walk for less than $30.

On the opposite end of the spectrum is Brickyard Crossing Golf Course, a classic Dye design that lies adjacent to Indianapolis Motor Speedway -- with four holes actually located in the infield of the fabled racetrack. Despite being one of the pricier courses in Indy proper, Brickyard Crossing will still only run you around $100 on peak days in peak season.

Dye teamed up with Tim Liddy on The Fort Golf Resort, which sprawls over 238 acres of rolling, wooded hills in a section of a 1,700-acre nature preserve. Peak rates here are less than $75.

Although there are several other highly rated golf courses in Indianapolis proper on GolfAdvisor.com (including Winding River Golf Club, Saddlebrook Golf Club, Maple Creek Golf and Country Club, Southern Dunes Golf Course, Buffer Park Golf Course and Smock Golf Course), some of the best in the area are located just a short drive out of town.

Plum Creek Golf Club in Carmel is a less heralded Dye design that is also a little atypical for Dye. Visually, Plum Creek is not terribly intimidating. Instead, deceiving greens with delicate, dastardly details pose challenges for players' short games. Rates top out at around $70.

When Purgatory Golf Club opened in 2000 in Noblesville, the Ron Kern layout was the longest east of the Mississippi at 7,754 yards from the tips. Copious sand bunkers and a bevy of devilish details make Purgatory one of the more memorable and fun courses in the Indy area.

One of the best new courses in 1999, The Trophy Club in Lebanon was Liddy's first solo design. Slightly hump-backed fairways bordered by tall native grasses and spectacular green complexes give The Trophy Club a linksy feel. Rates top out at just $65.

Another quality local favorite is Bear Slide Golf Club in Cicero. The 6,998-yard par-71 course boasts lots of stars and lots of readers' choice awards from lots of magazines, including often being voted the best public golf course in Indiana. The peak riding rate, once again less than $75, is no small factor in Bear Slide's popularity.

The top-rated Indy-area course on GolfAdvisor is
Prairie View Golf Club in Carmel. Prairie View is the only Robert Trent Jones Jr.-designed course in Indiana, and it has collected a passel of awards over the years, including No. 1 public course in the state in more than one major publication. With rates topping out at less than $80, it's another prime example of the budget-friendly nature of Indianapolis golf.

The transformation of downtown Indianapolis in the past 25 years has been nothing short of remarkable. What was once a relatively sleepy, disjointed urban desert has become a hub of entertainment. Not only do the NFL's Indianapolis Colts and NBA's Indiana Pacers play right downtown, but so to the minor league Indianapolis Indians. The Children's Museum of Indianapolis is also one of the best museums in the nation.

The centerpiece of downtown Indy, though, is Circle Centre -- a large indoor shopping complex complete with restaurants, bars and movie theaters. If you want to mingle with the cool kids, though, head over to the Broad Ripple area, where trendy eateries and watering holes attract hipsters and college students from around the state.

If you feel like branching out a bit in this somewhat diffuse city, you should head north through the tawny Meridian-Kessler neighborhood, gawking at some of the old-money mansions along the way, to either Keystone at the Crossing -- an upscale boutique mall -- or the Castleton area, where restaurants and shopping (including another large mall) abound.

Gentlemen and ladies, start your engines, and head to Indianapolis for a completely unexpected golf vacation. 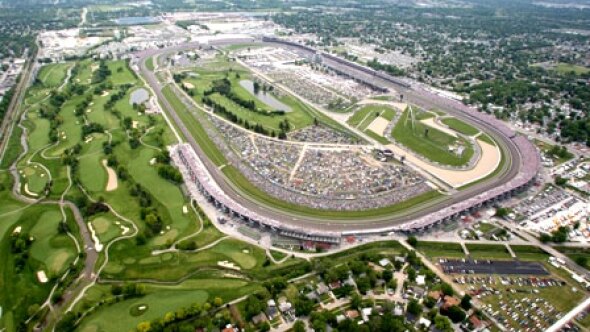 Articles
Three days and $200: Great budget golf in Indianapolis
Say you find yourself in The Circle City with a little time, a little money and a lot of desire to play some golf. Well, you're in luck because you're in one of America's best-kept golf secrets: Indianapolis.
2 Min Read

Tim Gavrich
Senior Writer
Now Reading
Indianapolis: At the crossroads of golf in America
Search Near Me