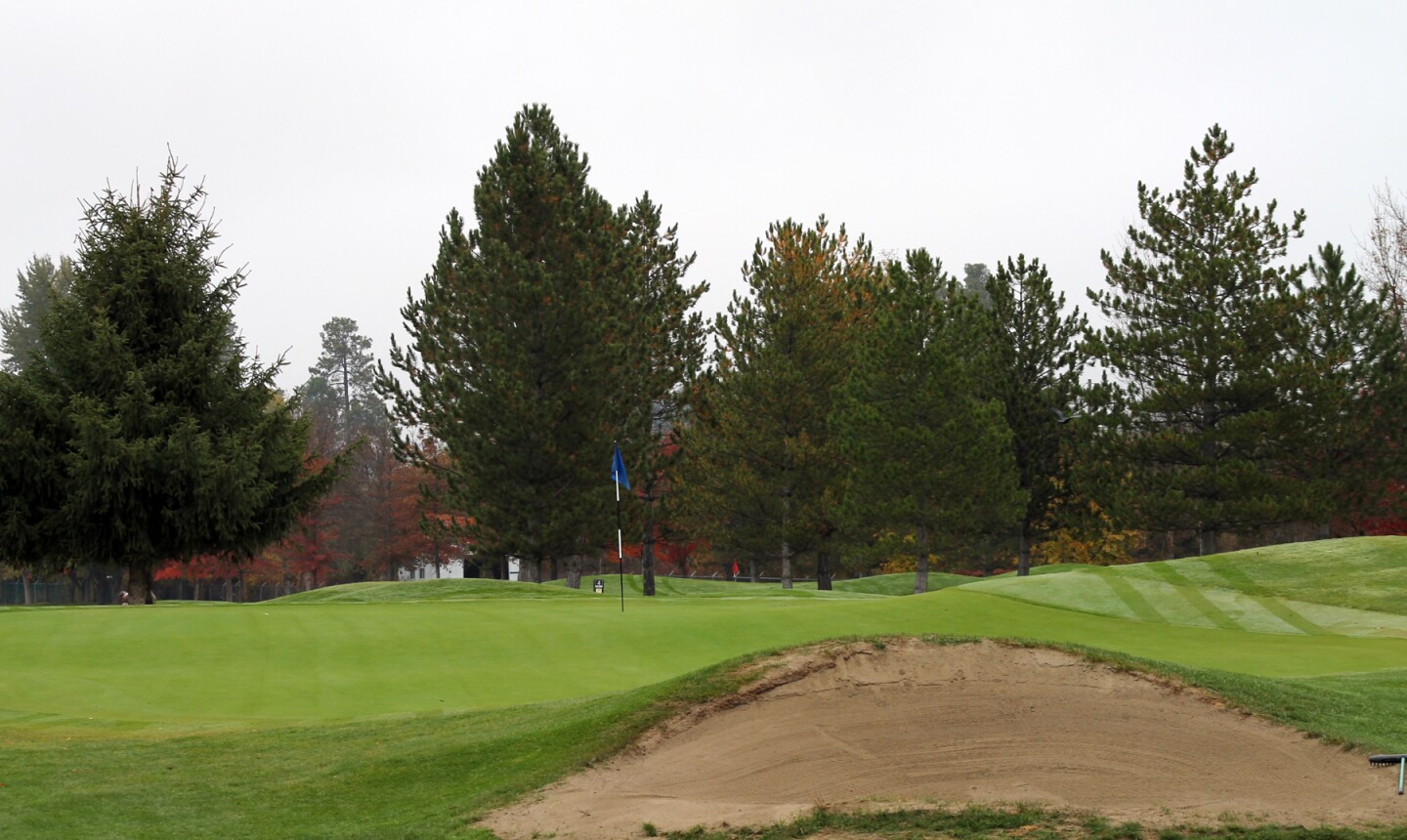 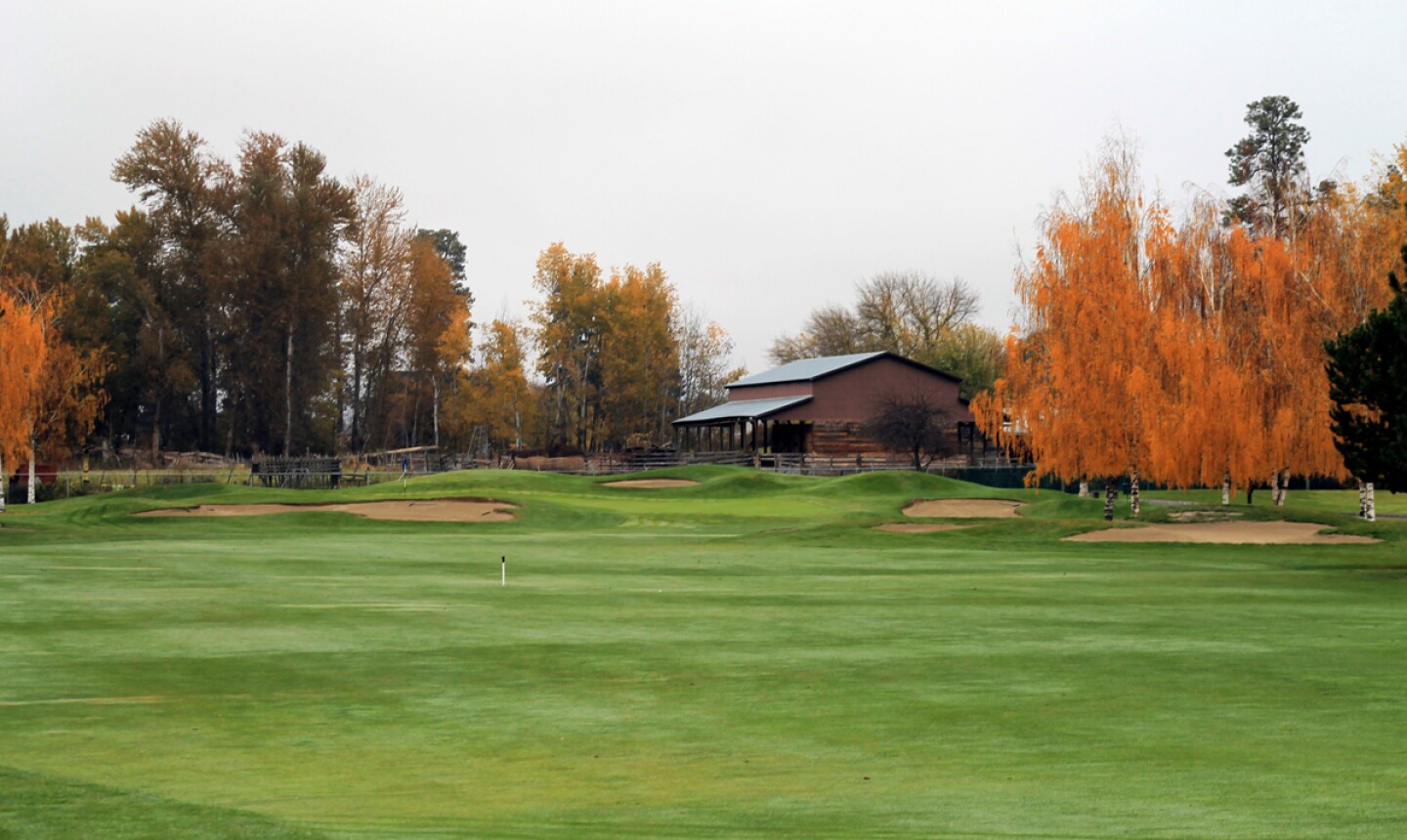 There is a lot of room for mistakes on the fifth hole at Kelowna Springs Golf Club. Wes Gilbertson/GolfAdvisor 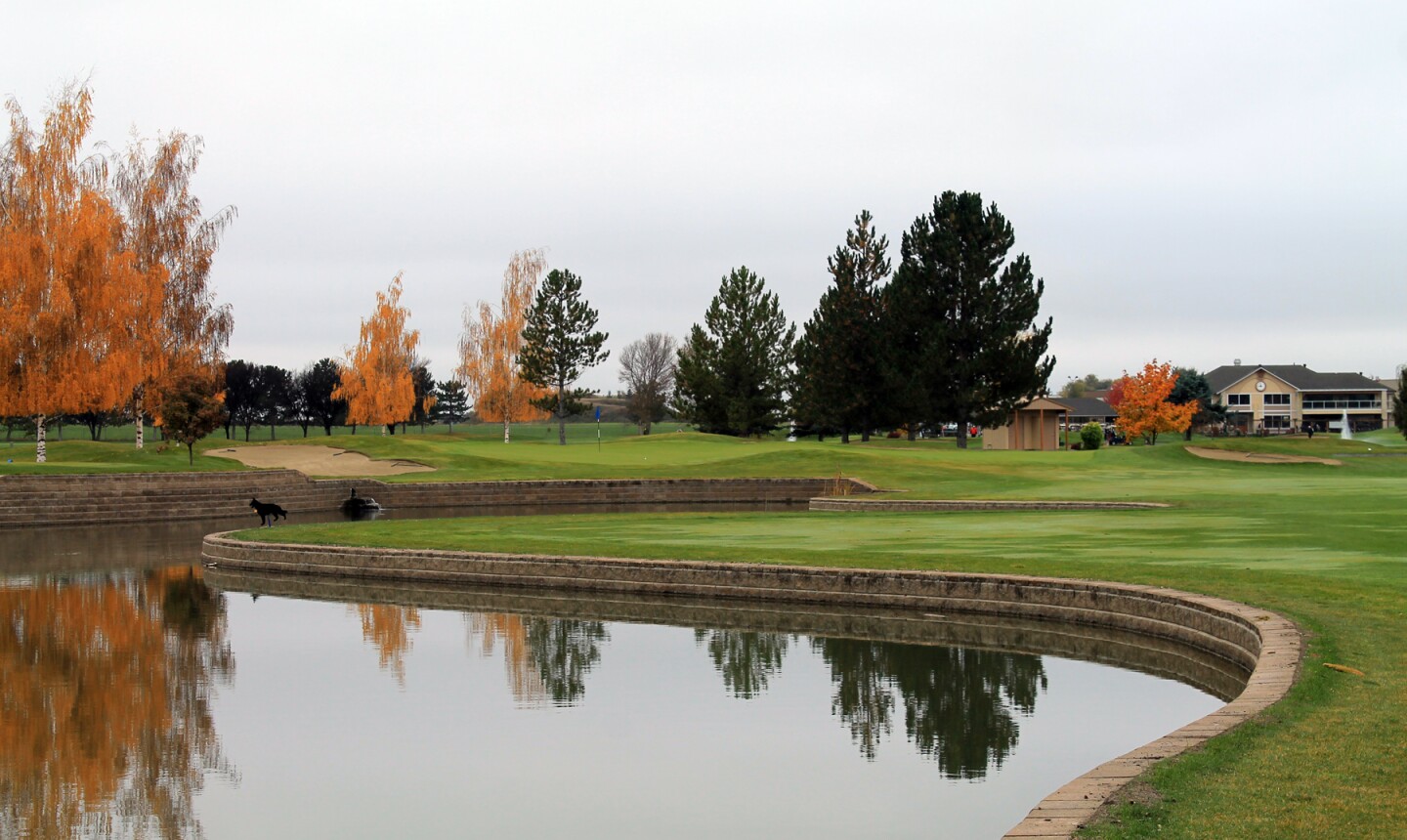 Hit wide and you are wet on 14 at Kelowna Springs Golf Club. Wes Gilbertson/GolfAdvisor 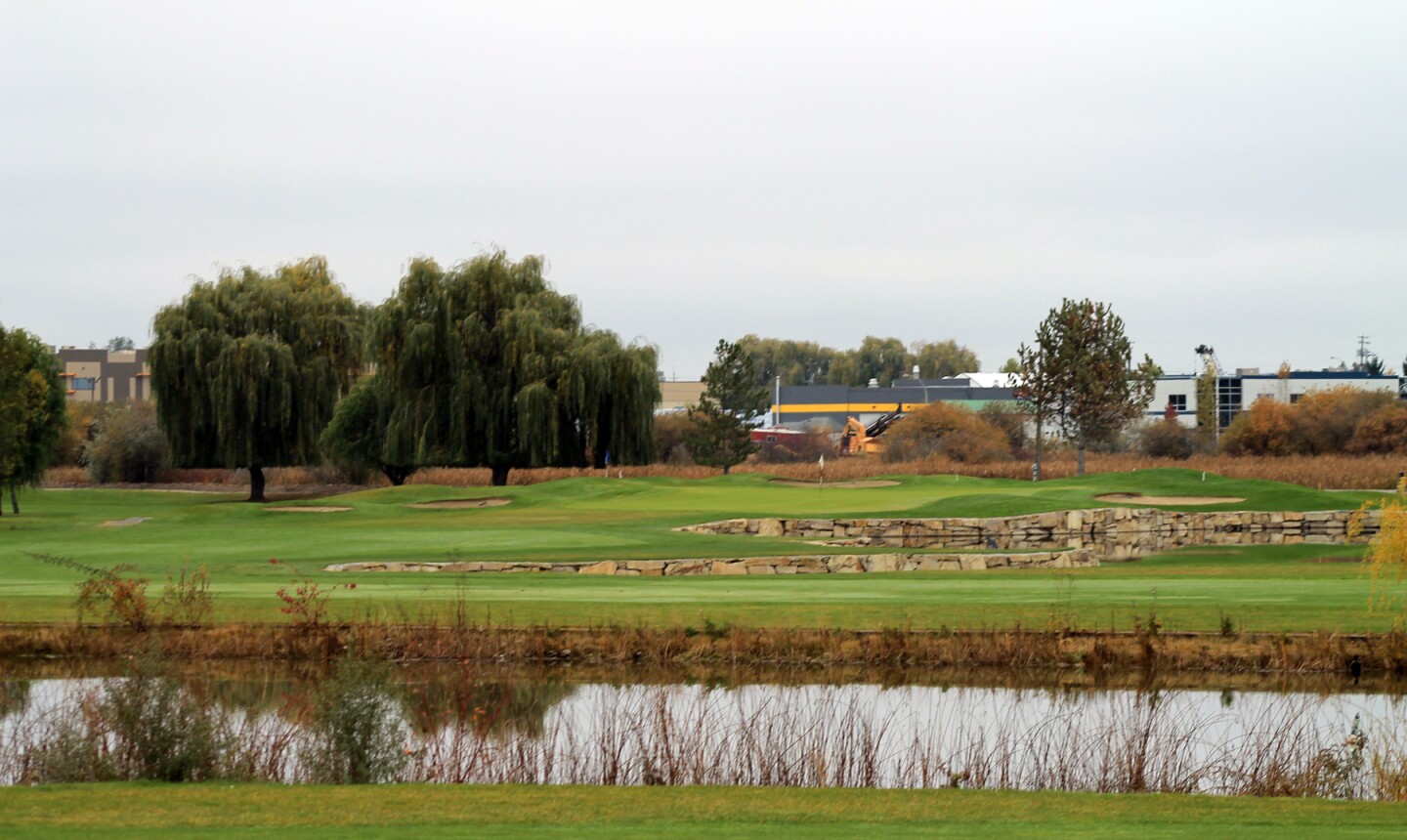 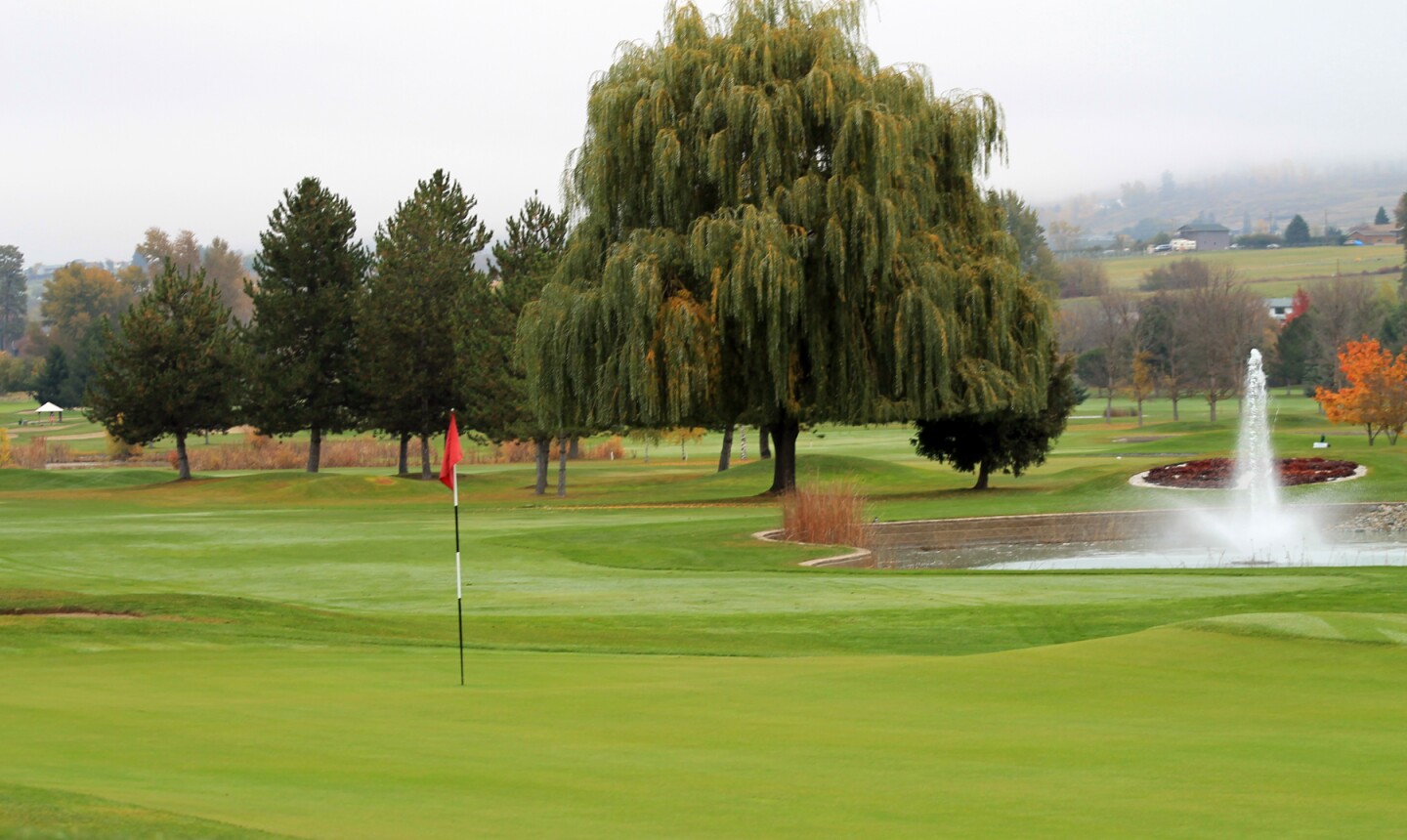 Enjoy the scenery on no. 18 at Kelowna Springs Golf Club. Wes Gilbertson/GolfAdvisor 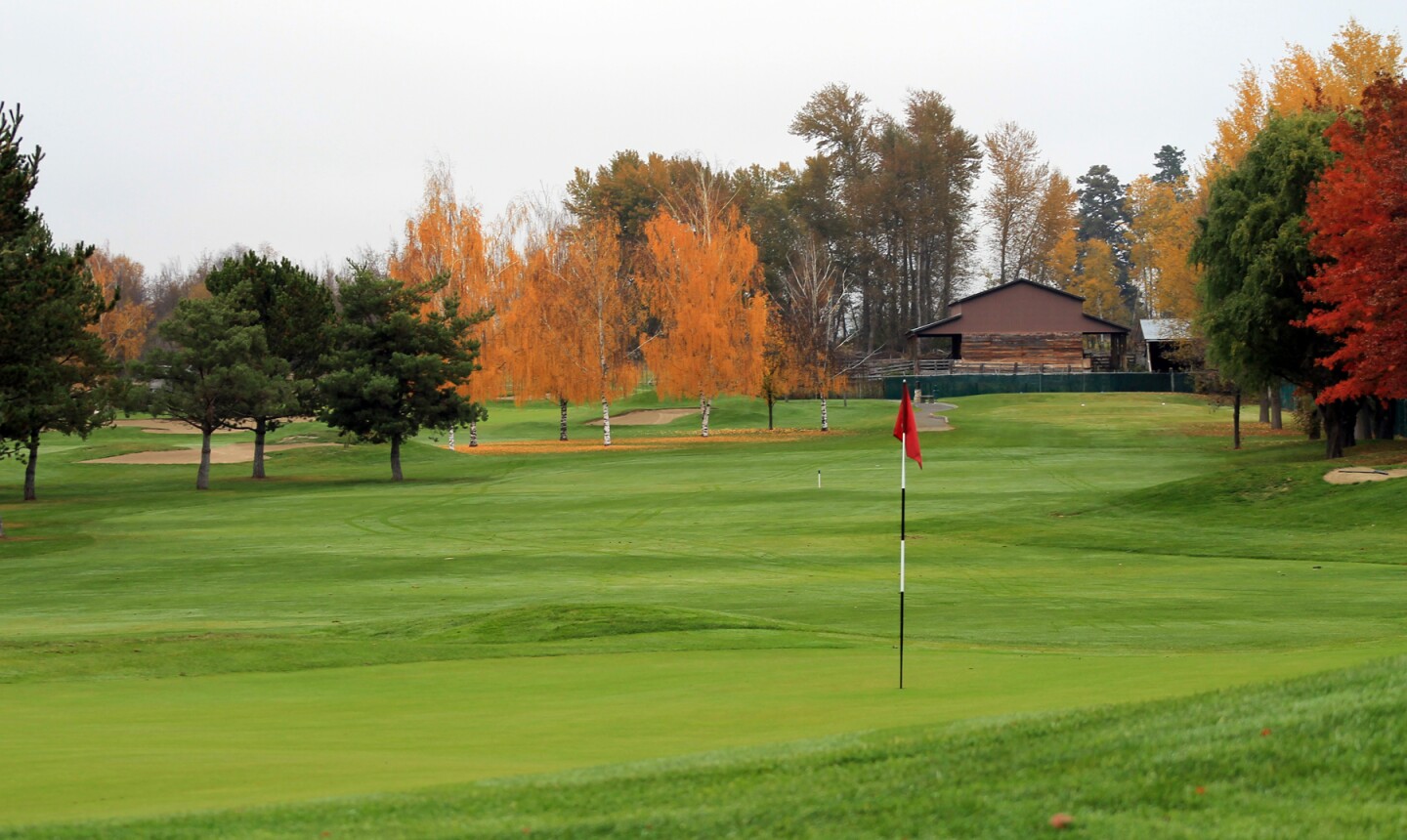 That's the scouting report on Kelowna Springs Golf Club, a water-logged layout in British Columbia's Okanagan Valley that -- just like the orchards and wineries that this area is famous for -- is becoming proof that good things come to those who wait.

"A lot of the conversation I hear is 'Boy, I haven't been here for awhile and the course has really matured,'" said Rich Chlopan, the head professional at Kelowna Springs. "Every tree that was planted on this property came in one truck, and that's hard to believe when you stand out there and look, because a lot of those trees are now 30 or 40 feet tall. The character of the course is coming out more and more as years go by, because those trees that you used to be able to pound it over top of, it's not possible anymore.

"As the trees grow up, and as we speed the greens up, I think the course gets more and more challenging every year. As we get older, it's building character."

The first pins at Kelowna Springs were cut in 1990, and it didn't take long for the semi-private circuit to grow on the locals. On this fall day, despite cool temperatures, a lingering fog and even the occasional rain drop in the forecast, there is not much empty space on the tee-sheet.

According to one of my playing partners, Kelowna Springs is just the right amount of busy, and that's only part of the appeal: "It's reasonably priced. It's close to downtown. It's usually in good shape. They have a good core group of guys here, but it's usually not a problem to get a time on short notice. You just show up and play."

Show up with a few extra golf balls.

The trees add definition, but it's the wet stuff that brings danger to this 6,256-yard, par-71 layout. In fact, there is water to contend with on 11 of 18 holes at Kelowna Springs. On the 408-yard 17th, undoubtedly the best hole on the property, there is the threat of a splash on every shot.

You won't let the possibility of a water-hazard, hostage-taking scare you off, so you shouldn't read too much into the other course statistics at Kelowna Springs, either.

Kelowna Springs does not have a full range, although golfers can sort out the kinks at a warmup bay. If your short stroke needs work, check out the 18-hole grass putting course, which was also designed by Furber and also plays to a par of 71.

Thanks to its combination of quantity and quality, Kelowna has emerged as one of Canada's top destinations for club-toting tourists.

With more than a dozen public-access tracks within city limits and many more in the surrounding area, there are plenty of options for the birdie-hunting brigade. Kelowna Spings is more mid-level than must-play, but there's a reason the well-conditioned course is so popular among year-round residents of the Okanagan Valley, a favorite summer hangout for NHL hockey players and other celebs.

Kelowna Springs is among the handful of layouts just minutes away from the airport, but Chlopan says it's another transportation perk that matters most to many of his guests.

"The walkability is one of the features in the course that I find people appreciate more than anything," Chlopan said. "When you go to play the newer version of golf in Kelowna, it's all very hilly and very cart-oriented. One of the really appealing features for our visitors here is the fact you can walk. People love that."

The golf season at Kelowna Springs usually runs from March through mid-November, with Mother Nature having final say on the opening and closing dates.