My top 10 public golf courses in the Houston area

HOUSTON -- One of the great things about the host course for the PGA Tour's Houston Open is that it's open to the public. And although the rack rate, which includes a forecaddie, approaches $200 during prime season, Houston-area daily-fee golf might be among the most affordable in the country.

In fact, the Golf Club of Houston (formerly Redstone Golf Club) is the only daily-fee course in the area significantly over $100. Black Horse Golf Club and Wildcat Golf Club are right around $100 during peak times on weekends, but you can usually play them for less. Most quality courses in the Houston area are in the $40 to $60 range.

So if you're in town for the Houston Open or in the Bayoui City on business or pleasure any other time of the year, here are my picks for the top 10 courses in the Houston area, regardless of price.

For the most part, I kept the courses within a half hour or so of downtown, with the exception of The Wilderness in Lake Jackson, southwest of Houston.

A couple others that also might be worth the drive would include the very affordable municipals, Eagle Pointe Golf Club in Mont Belvieu to the east, and Moody Gardens Golf Course in Galveston.

Spring, Texas
This former home of the Insperity Championship on the Champions Tour is owned by one of the previous owners of Tour 18. But instead of 18 replica holes, Augusta Pines is inspired by Augusta National and Pinehurst to create an enjoyable championship test.

Lake Jackson, Texas
For those not familiar with the area, this Jeff Brauer-designed Audubon Sanctuary course qualifies as a hidden gem. It's a solid championship golf course on a beautiful piece of land with imaginative holes, including a par 5 that ends with a green that's 180 feet long.

Houston
There are two 18-hole courses at Wildcat, both designed by Roy Case, both built on a landfill and old oil field, and both feature great views of the city and NRG Stadium. The Highlands is links style and perhaps the better of the two courses, while Wildcat's Lakes Course, as you might guess, has plenty of water and actually a little elevation change.

Humble, Texas
This is the original replica course. And while there are other courses that have tried to mimic Amen Corner at Augusta, Tour 18 Houston might have the best rendition. Plus, there's the island green from the PLAYERS Stadium Course at TPC Sawgrass, church pew bunkers of Oakmont, The Blue Monster and many other fun imitations.

Katy, Texas
One of Greg Norman's better designs, Meadowbrook Farms made quite a splash when it opened in 1999. The layout features some of the area's best risk-reward holes, especially when it comes to the par 5s.

Houston
This 1936 John Bredemus design in the middle of the city played host to the Houston Open from 1951 to 1963 and was wonderfully restored in 1995. Today, at more than 7,300 yards, this parkland layout is the home of the Greater Houston City Amateur.

Cypress, Texas
Another terrific, 36-hole facility, the South Course is more memorable of the two Jim Hardy-Peter Jacobsen designs northwest of Houston, primarily because of the quarry holes on the back nine. Always meticulously maintained, the facility also has excellent practice facilities, dining and a golf shop.

Spring, Texas
Down to 36 holes after one course closed a few years ago, the pine tree-lined Cypresswood Golf Club has two solid layouts in the Traditions Course and Cypress Course. Both have played host to Shell Houston Open qualifier, but the Tradition Course, which has been the site of PGA Tour Qualifying tournaments, is exceptional with its beautiful routing, no homes and excellent conditioning.

(Note: Cypresswood has been closed because of damage by Hurricane Harvey in 2017, but is expected to reopen in April 2018.)

Humble, Texas
Although the course isn't very walkable, the host site for the Shell Houston Open has the best collection of holes of any daily fee in the area. It's also the best conditioned, especially in the spring right before and after the Masters, since it's heavily overseeded. Most importantly, architect Rees Jones created 18 memorable holes with plenty of water and a dynamite finishing stretch.

What they have done to Gus Wortham is almost hard to believe. I’ve played over 150 courses, and on a recent trip out there...the greens were the fastest I’ve ever played. High Meadow Ranch is better than most on this list. Cypresswood Tradition doesn’t belong anymore. The newly updated Memorial, is a must play.

The new Gus Wortham is awesome. I rank it ahead of Tour 18, Meadowbrook Farms and Wildcat Highlands. In fact, those three courses don't make my Top 10.

The Top 5 local courses are Cypresswood Tradition, Memorial Park, Woodforest, Wilderness and Golf Club of Houston Tournament Course (when it's in good condition).

Mike I’m possibly putting together a trip in late October 2019 for a friends 50th. If you could suggest a hotel in the Houston area and courses to play, I would be most greaful. We are looking to play 4 rounds.

I'd put High Meadow Ranch ahead of most on this list. I think it is a top 5 course.

Totally Agree on the Wilderness. Not only is the course incredible but the staff .... wow. They have always treated us like family. 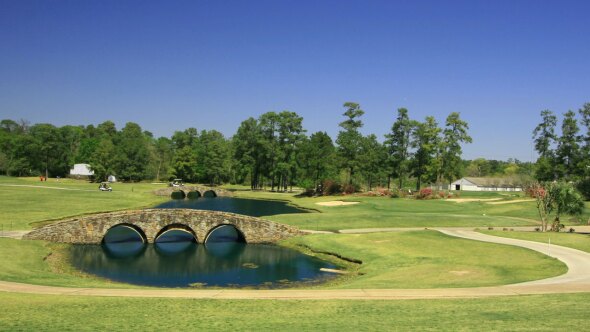 Articles
2 Min Read
Three days and $200 to play golf in Houston
So maybe you've got a long weekend or three afternoons during the week in Houston and about $200 to spend on golf. Not a problem, because $200 goes a long way in the Bayou City, and best of all, there's more than 100 courses from which to choose. All but one of them can be played for less than $100. So with that in mind, let's set our goals a little modestly. Choosing just three courses isn't easy, but my picks don't take you too far out of town, fit well within budget and are courses that say Houston all over them. 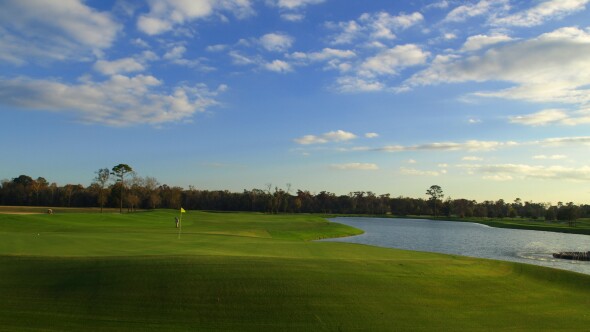 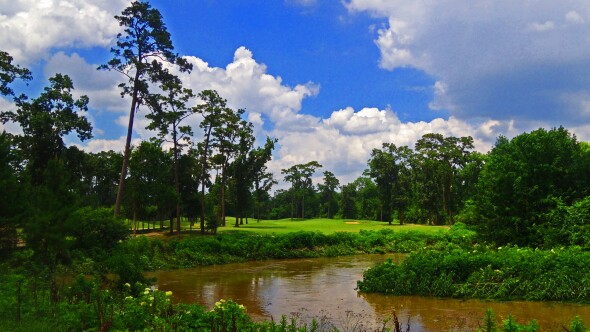 Galleries
10 Images
Timber Creek G.C. near Houston is a natural Texas beauty
Twenty-seven hole Timber Creek Golf Club in Friendswood, Texas is one of Jay Riviere's best courses. The late architect from Houston took advantage of the rolling terrain that meandered around creeks and natural water hazards. Best of all, there are no homes on the property. 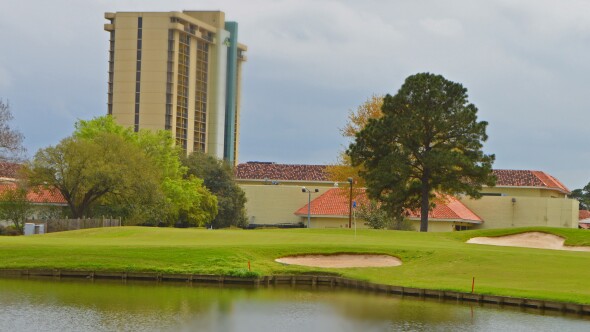 Kira K. Dixon
Lifestyle Correspondent
Now Reading
My top 10 public golf courses in the Houston area
New Cookie Policy
WE AND OUR PARTNERS USE COOKIES ON THIS SITE TO IMPROVE OUR SERVICE, PERFORM ANALYTICS, PERSONALIZE ADVERTISING, MEASURE ADVERTISING PERFORMANCE, AND REMEMBER WEBSITE PREFERENCES. BY USING THE SITE, YOU CONSENT TO THESE COOKIES. FOR MORE INFORMATION ON COOKIES INCLUDING HOW TO MANAGE YOUR CONSENT VISIT OUR COOKIE POLICY.
CONTINUE
Search Near Me