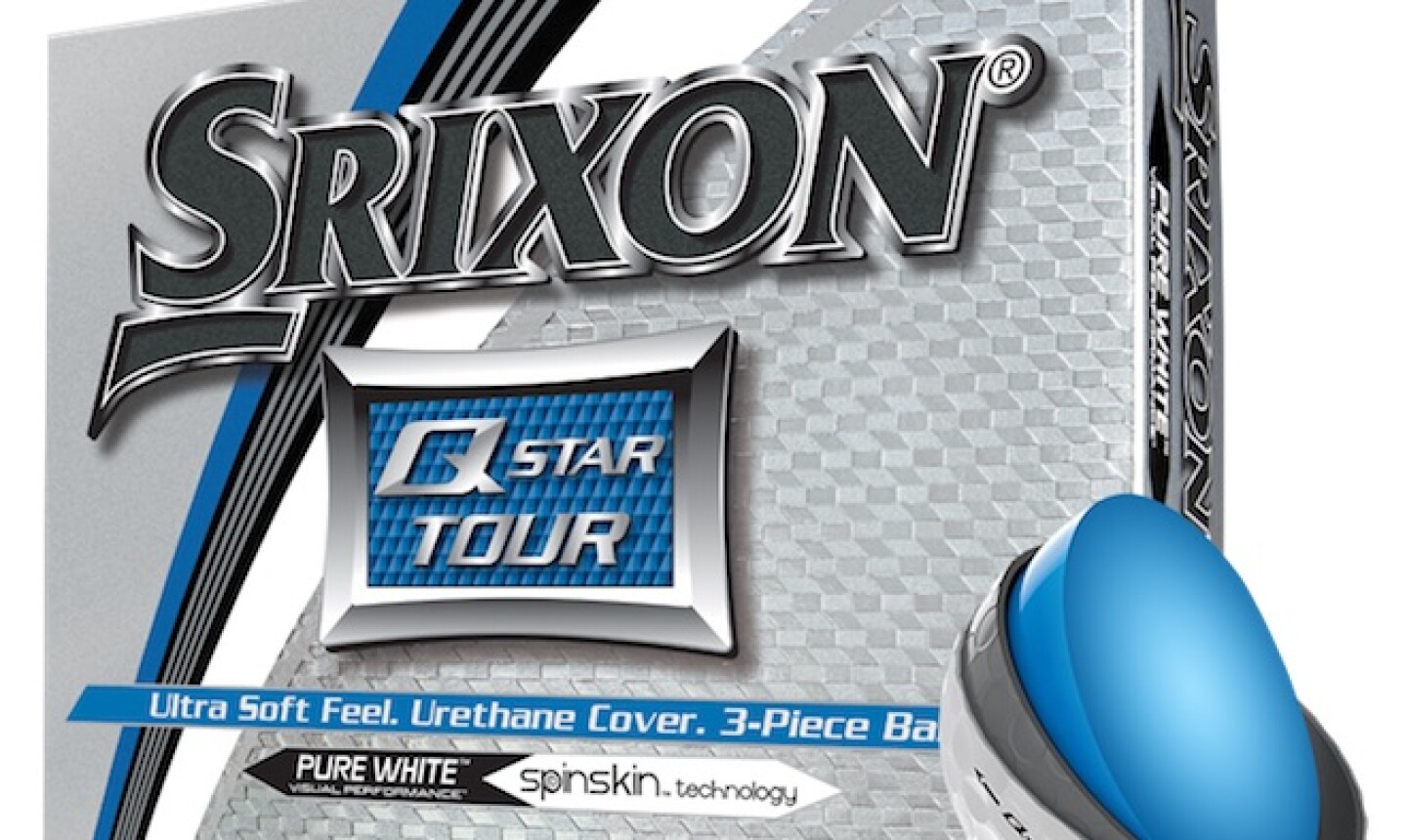 After many years of considerable notoriety in Japan, Srixon is gradually taking stronger and stronger hold in the United States as one of the most respected equipment makers, especially of golf balls.

Their new crop of ammunition includes updates to their Tour-level Z-STAR and Z-STAR XV - competitors to the likes of Titleist's Pro V1 and Pro V1x, respectively - and the Q-STAR TOUR, which fills a rapidly growing and increasingly competitive niche.

It used to be the case that if you weren't playing a company's $45-a-dozen Tour-type ball, you were relegated to using the $20-a-dozen "rock."

Nowadays, both golfers and golf equipment manufacturers are savvier, and it's become clear that the vast majority of golfers don't quite have the swing speed to get the most out of a Tour-quality golf ball, but need and want more than the more rudimentary lower-end golf balls offer.

So now, every company that makes golf balls produces a middle-tier product mostly aimed at players with driver swing speeds in the range of 80 to 105 miles per hour.

And Srixon's Q-STAR TOUR might be the best of them all. Here's what it's got going for it:

In the old days, companies tended to make a big deal out of the compression factors of their golf balls. Typically a higher compression number meant a firmer feel, meant for better players, which is why the pre-Pro V1 Titleist Professional had the number 100 in its name.

Conversely, balls with super-low compressions have tended to be reserved for juniors, ladies and super-seniors who need a ton of help keeping the ball airborne on most shots. But for more skilled players, these tend to feel mushy and can be difficult to shape in one direction or the other.

The Srixon Q-STAR TOUR carries a compression of 75, making it one of the softest golf balls most players have encountered while still supplying enough distance, spin and durability to make them feel like they've gotten their money's worth.

The Q-STAR TOUR provides excellent mid-price value with a handful of features both borrowed from Srixon's top-of-the-line balls and specifically developed for the broader set of amateur players:

Spin Skin Cover Coating - Srixon's Tour-level balls have had what they call a Spin Skin coating on their covers for the last couple generations, and now, that substance has been applied to the Q-STAR TOUR in order to soften feel and increase spin on shots around the greens.

Dimples - Whereas most high-performance golf balls tend to have 330 or more dimples, the Q-STAR TOUR has 324. Fewer dimples means larger dimples, which translates to both distance and stability, which can tighten your shot dispersion. Just imagine your next approach shot coming to rest on the fringe rather than in a greenside bunker to understand how important this can be.

E.G.G. (Energetic Gradient Growth) Core - Srixon has fashioned a core whose compression changes closer to the center of the golf ball. In the Q-STAR TOUR, that is what helps keep the golf ball's overall compression stats lower, aimed at providing the game-lifting performance amateur golfers are looking for.

Srixon Q-STAR TOUR golf balls are available now, and carry a MAP (Minimum Advertised Price) of $29.99. This makes them very competitive with the rest of this growing golf ball category. If you're in the market for a golf ball that will help you get the most out of your moderate clubhead speed, the new Q-STAR TOUR is well worth your consideration.