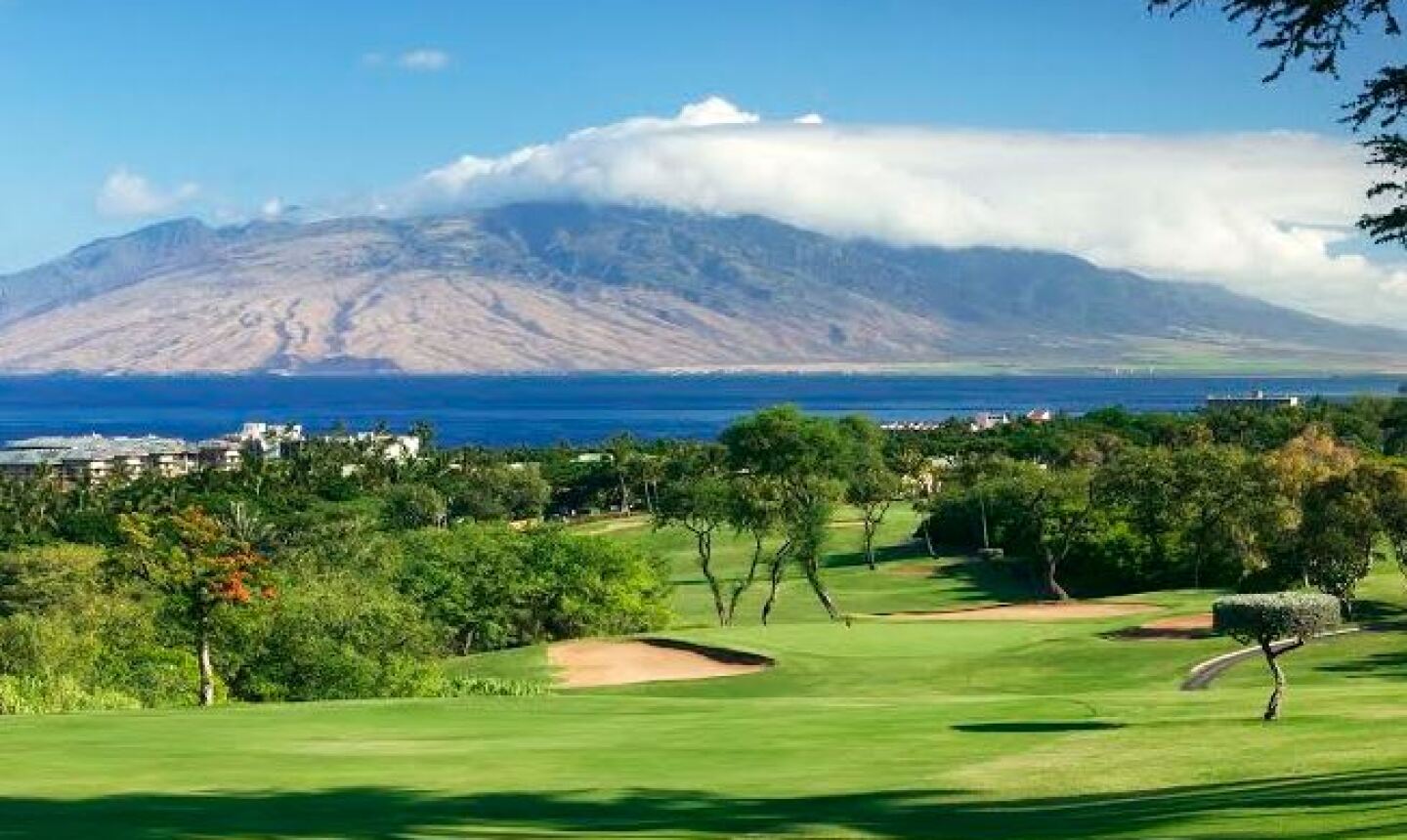 The Old Blue Course at Wailea Golf Club on Maui: One of the classic golf courses in Hawaii. Courtesy of Rob Brown/Wailea G.C. 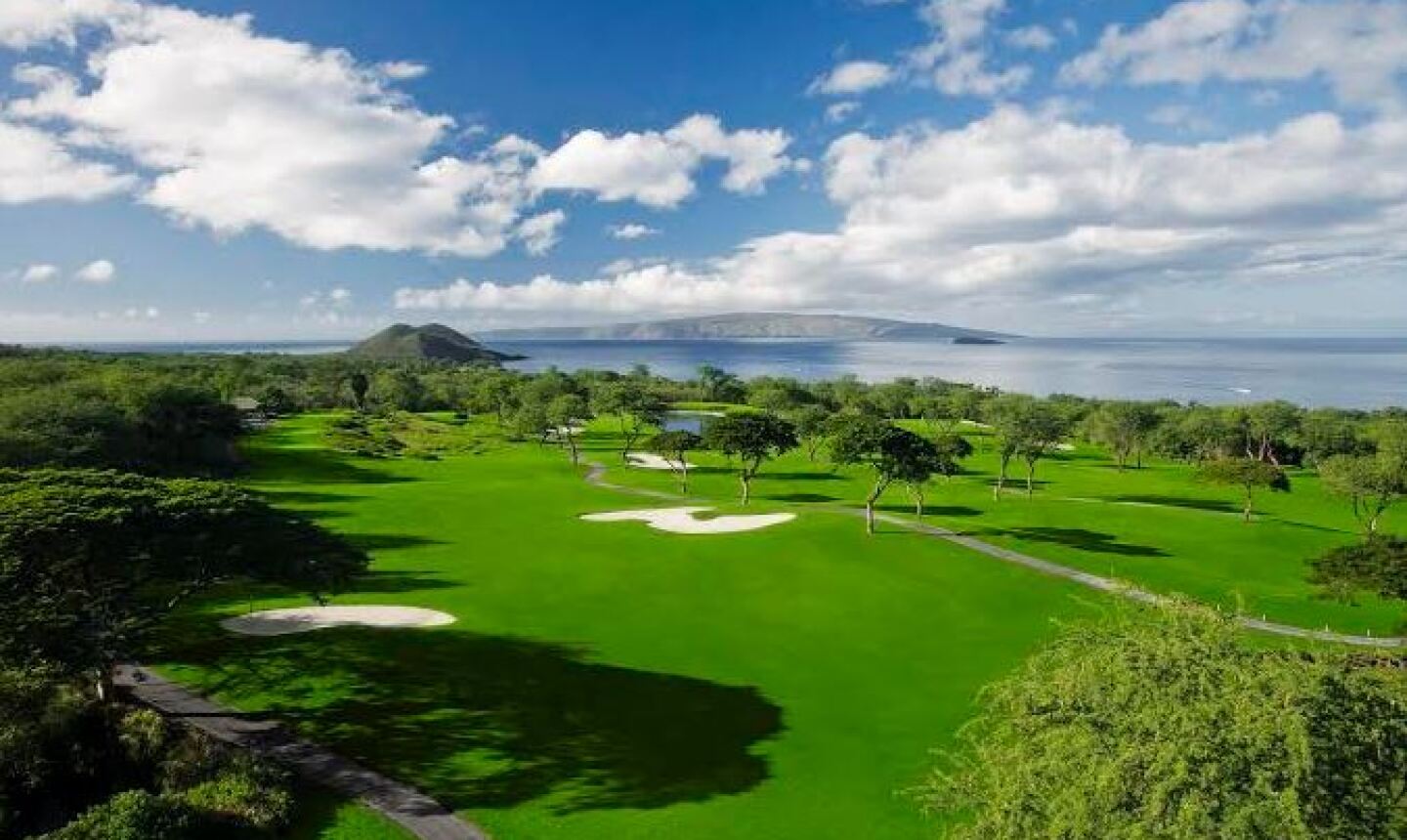 If you're a fan of old-style golf and architecture, Wailea's Old Blue is a must-play. That's without even considering the spectacular views. Courtesy of Erica Chan/Wailea G.C. 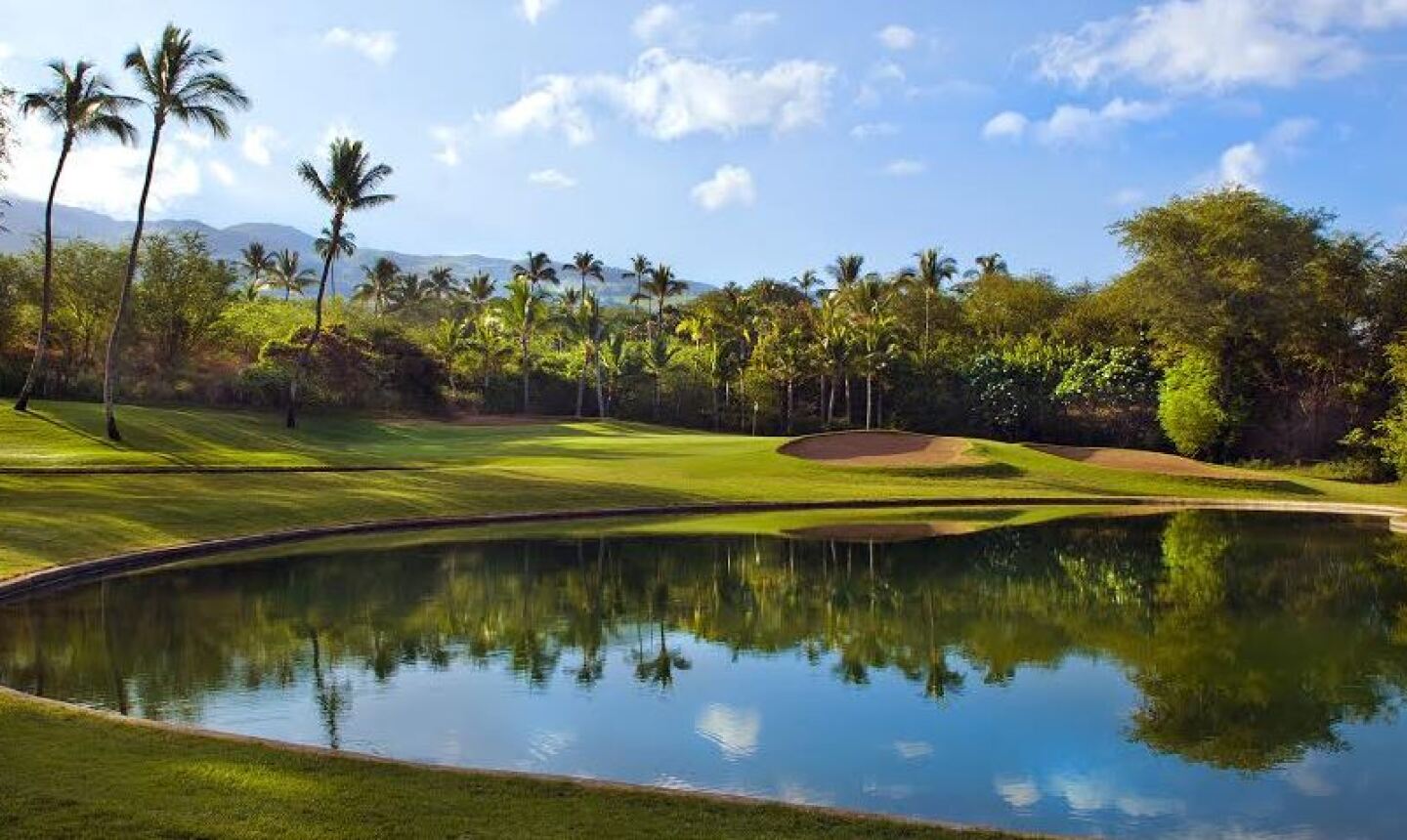 Water guards the ninth green on the Old Blue Course at Wailea Golf Club on Maui. Courtesy of Wailea G.C.

WAILEA, Hawaii -- Wailea has changed a lot since the VIP luau of Dec. 21, 1971, kicking off the opening of the first nine holes of the Old Blue Course at Wailea Golf Club. A second nine opened two months later.

The Arthur Jack Snyder traditional gem, at 6,765 yards and par 72, takes you back to a day when Jack and Arnie played persimmon drivers, struck blades and used balata golf balls. Moving the ball left or right was vital for strategic placement.

At the luau, attendees finally witnessed firsthand evidence that a 1,500-acre Wailea resort community would be a reality. In today's dollars, the developers would have spent an equivalent of more than $95 million for the Old Blue's front nine. This was a major event in the resort's timeline.

Today, Wailea is also home to the Gold Course and Emerald Course, five stunning white crescent beaches, five-star resorts, the Shops at Wailea, Wailea Tennis Club, panoramic vistas with the occasional whale pod breaching out in the channel and a a spirit of aloha that comes from Hawaiian culture.

Stories have been passed on that during the LPGA Kemper Open, staged on Old Blue from 1990-1992, one foursome had to be lectured for slow play. They were whale watching on the 12th hole.

Then there's the lack of wind -- a usual suspect when you play golf in Hawaii.

"Courtesy of our being located directly in the lee of the 10,028-foot-high Mount Haleakala, we've got the most beautiful windbreak in the world," General Manager Barry Helle said.

"This was the land the developers picked for the first Wailea golf course, so you know it is special," Helle continued. "The golf course has big, wide fairways, and the course conditions are great." And Old Blue is the best bargain money-wise.

The view from the 12th tee box, a 152-yard par 3, is awesome, but so are others. The 536-yard, par-5 tee also has a panorama where whales can be seen breaching in the distance.

Players face a blind tee shot on the fourth hole, a 560-yard par 5, but Helle recommends hugging the right fairway boundary where the ball will kick left giving you an impressive view of the hole, Maalea Bay and the West Maui Mountains.

The 14th hole -- a 497-yard par 5 -- is pretty straightforward, probably why it was a watermelon farm before it became a golf hole.

The 16th is another special view for whale watchers. This 536-yard par 5 signals the third par 5 on the back nine, making Old Blue a course that goes out in 35 and comes in at par 37.

That routing will change in the summer of 2014 when Old Blue goes back to the original clubhouse building that also houses Manoli's Pizza Company. This will tweak the layout, making the course once again one that goes out in nine to the clubhouse and back out for the final nine.

If you are a fan of old-style golf and architecture, Old Blue is a must-play. That's without even considering the spectacular views, lush foliage, strategic ponds and coral sand bunkers.

"Old Blue, with its classic charm, was a major contributor to putting Hawaii on the world's golf map," Helle added.

The late Arthur Jack Snyder was especially proud of his design at Old Blue. "I've always liked the way the course turned out," he said. "It's a perfect blend of forgiveness and challenge."

To cement how beloved Old Blue was to Snyder, he had his ashes spread in the back bunker of the 18th hole.

"Typically putts break toward the ocean, but you also have to factor in the grain and speed," he said. "Go up to the cup and see which way the grass is laying. That will tell you about the grain."

After your fun round of golf, enjoy a bite to eat or a cold brew at Mulligan's next to today's clubhouse. Spend your Wailea golf days at the Wailea Beach Marriott Resort & Spa, and grab dinner at Manoli's Pizza Company before that switch out the pizza for golf balls.