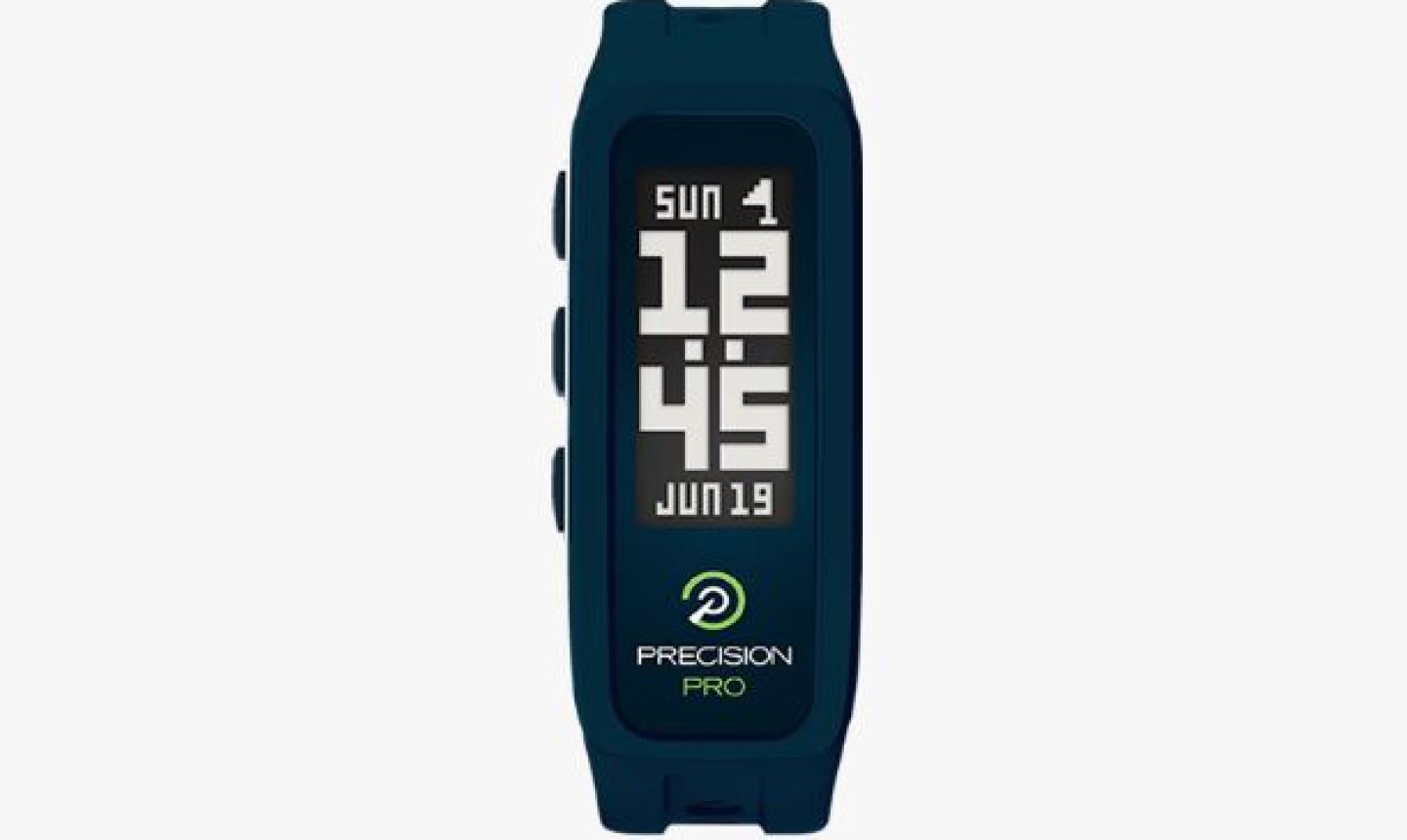 The PrecisionPro GPS Golf Band is not only less than half the size of the smallest GPS watch. Courtesy of PrecisionPro 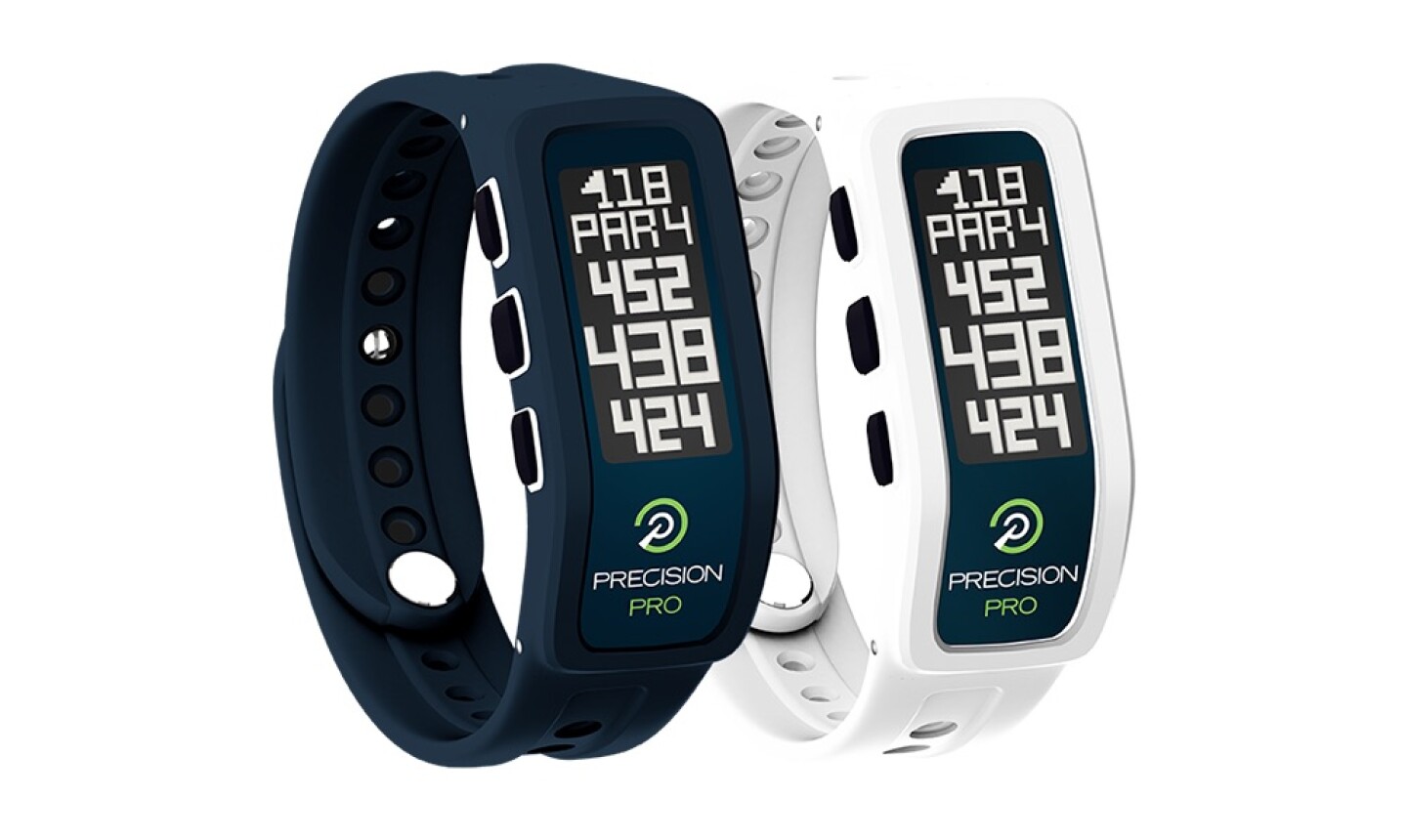 The PrecisionPro GPS Golf Band is so light, you won't know you're wearing it. Courtesy of PrecisionPro

GPS golf watches have been around for a while now. They all deliver yardages and information about tens of thousands of courses along with other functionalities, but the downside is their bulk: most of them are the size and weight of oversized chronograph watches.

If you're not used to wearing a watch while you golf, this can be difficult to get used to.

With the advent of the FitBit, though, we're seeing more and more fitness "bands," which are thin, narrow, lightweight devices that feel more like bracelets than watches.

The PrecisionPro GPS Golf Band ($180) is one of the best of this new breed of GPS bands.

It comes pre-loaded with information on more than 35,000 courses with no subscription fee. Also included are distances to front, middle, and back of each green and information about up to four hazards and lay-up yardages on each hole.

Extra functionalities include shot distances, pedometer, and, of course, the time.

All of this comes in a waterproof band that weighs less than one ounce -- perfect for 90-degree days with 95 percent humidity.

To be honest, I've reviewed a lot of GPS golf watches, and although I have appreciated their features and benefits, I never could get used to their bulkiness; it always bothered me at some point during a round.

The GPS Golf Band is not only less than half the size of the smallest GPS watch, but also infinitely easier to set up. Even getting the satellite link to set the time was a snap.

Starting play is also a cinch -- just hit one button two times, pick the golf course, and one more button press gets you ready for the first tee. The yardages and distances to the front, middle, and back of the greens are displayed in large, block numbers that are easy to see, even for us old guys.

The only complex aspect of the display is when you try to scroll through hazards on a hole. There are no less than 21 abbreviations for various hazards, e.g., MFWC (middle fairway water carry) and CRKC (creek carry). I'm pretty sure I could memorize all of these, but I am certain that I don't want to put in the effort to do so.

Overall, the PrecisionPro GPS Golf Band is the best, most comfortable wearable GPS device I've ever tested. I took several measurements with my laser rangefinder to compare to the Golf Band, and found the band to be consistently within a couple of yards from the laser. I also compared it to a playing partner's GPS watch, and found a few larger discrepancies (up to 10 yards), but based on the shots we hit, my impression was that PrecisionPro's offering was more accurate.

One missing feature is a battery meter. Once, while working my way down the wrong fairway, I really needed a distance to the green of the hole I was actually playing to, and found that the Golf Band had died without warning. It was my second 18-hole round in two days, so it seems that without a charge between each round, it might run out of juice in fewer than 36 holes.

The PrecisionPro GPS Golf Band is really excellent for those half-wedge shots into the green, between 30 and 80 yards out. Taking the guesswork out of these shots really frees you up to make a committed, aggressive pass at the ball. I've hit more of these little shots stiff wearing the GPS Golf Band than ever before.

Best of all, when you're not paying attention to it, the PrecisionPro GPS Golf Band is so light, you don't even notice it's there, unlike the chunky golf watches.