Private Scottsdale courses you can play, but should you? 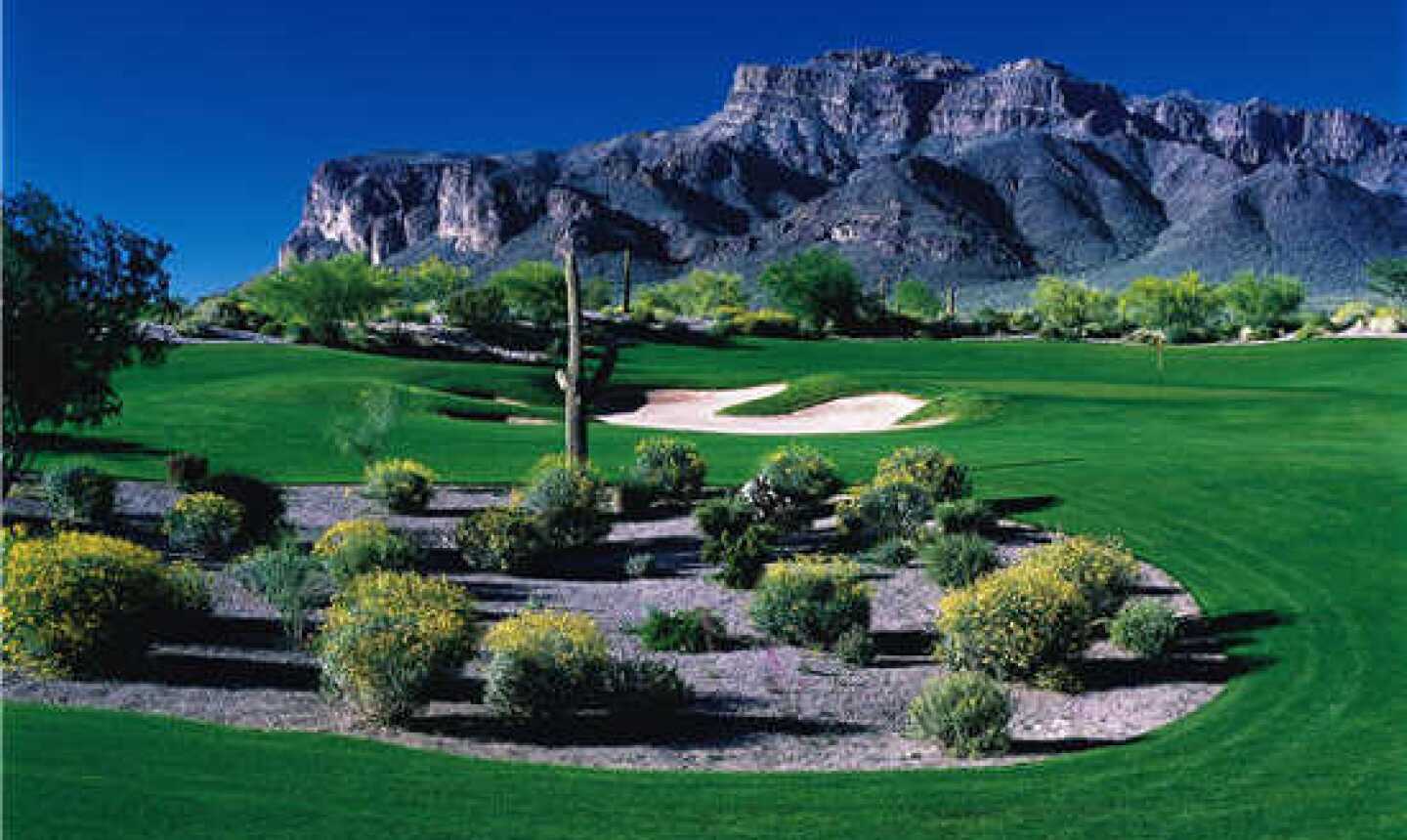 Private courses have become available for play on Scottsdale golf vacations. Here's the scoop on whether you should play them.

There's always plenty of interest in Scottsdale golf vacations, but seeing the "enthusiastic" galleries and party-like scene of this week's Phoenix Open usually cranks things up.

So, in case you, too, have plans to visit the Valley of the Sun, I thought I'd tip you off about a couple previously private courses that are now available to you.

Now, you may have heard about these courses in other golf articles, but I'm not merely going to tell you their names and that you can play them.

I'm going to tell you whether you should.

Completely private since they opened in 1998 and 1999, about 18 months ago they began allowing public play on one of the courses each day (after the first 90 minutes of member tee times) to generate additional revenue and expose the club to potential new members.

So, should you take advantage of this opportunity?

The short answers is yes...with a few caveats.

First, you should know that Superstition Mountain is remote relative to the other Scottsdale golf courses you might play.

It's about 35 miles east of the airport, whereas most others are north of it.

That said, it's mostly highway driving and anyone who's been to the area for golf vacation knows that spending a lot of time in the car is part of the drill.

And although the routings weave through a well-to-do residential development, houses never crowd the playing fields and blend in nicely with the surroundings.

Unfortunately, the club doesn't allow guests to play both courses on the same day, so you'll probably wind up choosing one or the other.

Prospector, which hosted the Champions Tour in 2002 and the LPGA Tour from 2004 to 2008, is the tighter of the two layouts and it brings the desert more readily into play. Its greens are also faster, but less undulating than Lost Gold's.

Lost Gold, which hosted the 2002 Senior Slam, is the more player-friendly layout and features gaping fairways so wide they're hard to miss. Throughout the round, you must carry a bit of desert off the tee, but if you play from the appropriate markers, it's a non-factor.

Finally, keep in mind that the club takes its pace of play very seriously and enforces it with diligent rangers. If you don't like the idea of being on the clock when you're on vacation, there are better options.

Superstition Mountain's green fees aren't inexpensive, but they are reasonable for the quality of the experience in Scottsdale.

The truth is, you can't go wrong by playing either of its courses, and since the time may come when Superstition Mountain returns to exclusive, private status, you should enjoy them while you can.

Have you played Superstition Mountain? Have a short list of your favorite Scottsdale golf courses? Please share your comments below.

Quintero and Wikenburg Ranch on the upper west side of Phoenix. Both Excellent. Challenging, breathtakingly scenic. Quintero claims to be the #1 course in the State, The Raven at South mountain is lovely. Finally,, drive right past a superstition Mountain out east, and play Gold Canyon Dinosaur -- every hole has a spectacular view. None of the above have houses... Superstition courses are flat and uninteresting. Troon North is the gold standard right in Scottsdale. If you have time, drive to Sedona and play Sedona Golf Resort in the red rock scenery. Simply a breathtaking visual golf experience you'll never forget in your life. 2 hour drive north from Scottsdale.... about 10 degrees cooler.

Heres hoping for a fitting final chapter of "The Works of Art". Doak is a poor man's Art Hills, so if Art isn't available, Doak should suffice.

I would recommend Eagle Mtn on SunRidge Canyon as a good add on course. EM is not as challenging as SRC, but really enjoyable and has a real variety of holes.My personal favorite on the East side of Scottsdale

In response to your question "We need one more course, but we’re hoping to pay around the $100-$125 range, and preferably something not on any housing tract. Any suggestions? ", I would recommend Talking Stick - North Course. A great design by Coore / Crenshaw, on an Indian Reservation (in other words no homes what-so-ever), always in excellent condition and the staff is as friendly as can be. Couple that with rates around $100 (depending on the season), it is one of my favorite places to play when I am in Scottsdale. Once on the course, there is a wonderful feeling of tranquility that is hard to explain. I know you will enjoy it.

RR:
There should be plenty of daylight in March, so if you are willing to play twilight, you should be able to get that rate at most courses. Otherwise, check golfnow for discount rates. Some good options would be Talking Stick North (no houses), TPC Champions, Moon Valley (another private club allowing some public play) and SunRidge Canyon (very difficult course). If you are willing to drive about an hour, Southern Dunes would be a good option.

LOL. See if you can get on the Renegade Course at Desert Mountain. Its 7,500 yards and 150 slope should challenge you.

Superstition Mountain was beautiful, but a bit too easy for me, as was We-Ko-Pa. Doesn't the state have something more challenging?

just got back from scottsdale and played at superstition mountain. good course in good shape. beautiful views of the mountain. not as stunning at dinosaur but a good solid course with very nice greens. wide open fairways help!! this isn't we-ko-pa or troon but good,solid golf.

Going to Arizona in March to play golf for the first time. My friends and I have been going to Vegas 2-3 times a year for the last 20 years, so we really needed a change of pace. Arizona is proving to be a costly alternative, though. Airfare (from California), lack of comped rooms, and very expensive golf all adds up quickly. We've got Wekopa (both courses) on the card. We need one more course, but we're hoping to pay around the $100-$125 range, and preferably something not on any housing tract. Any suggestions? I am really hoping Arizona pans out and becomes a viable alternative for our group. Thanks in advance.

Tim Gavrich
Senior Writer
Now Reading
Private Scottsdale courses you can play, but should you?
Search Near Me