Public courses in Atlanta: 5 courses you can play | Georgia Golf 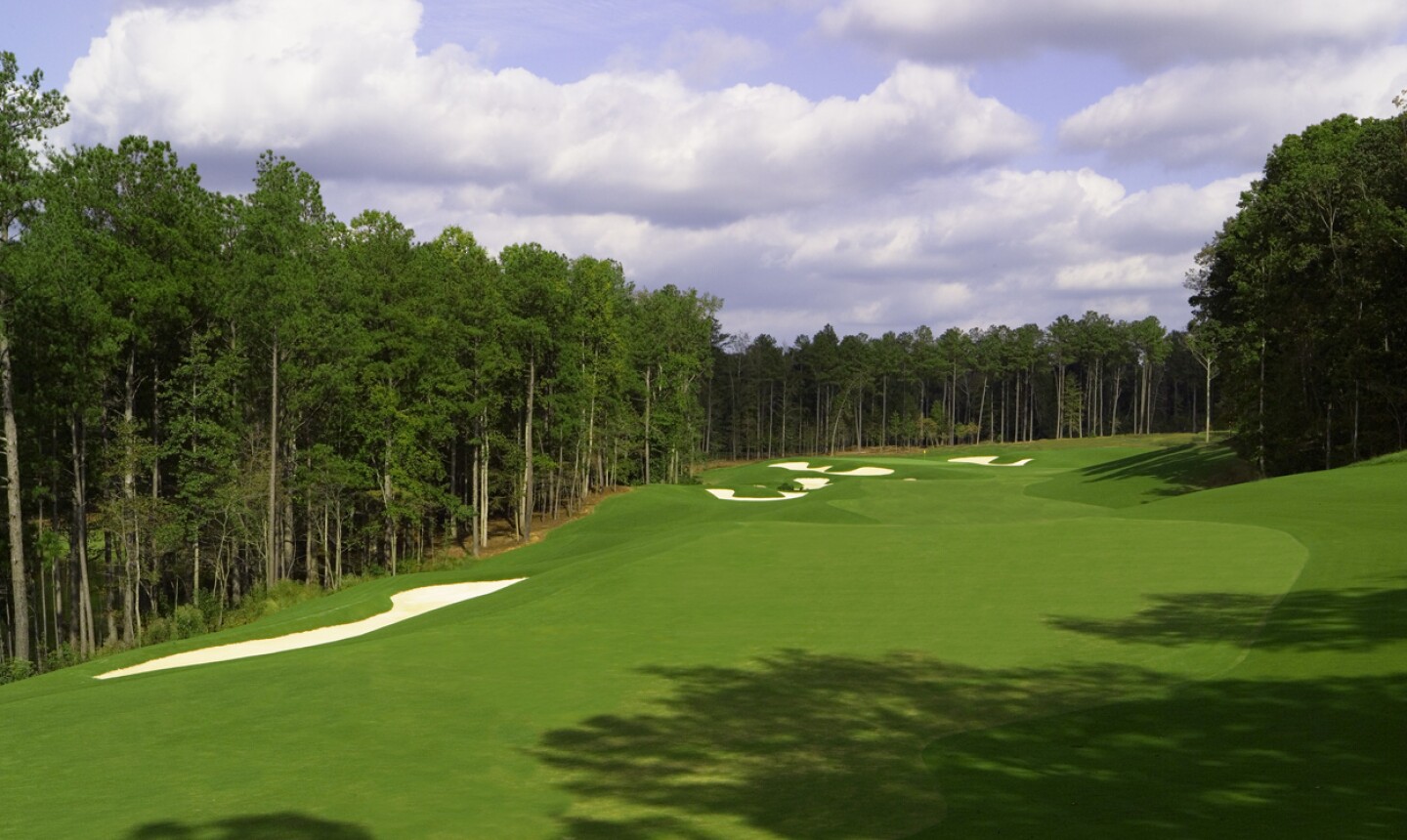 The Rees Jones-designed Echelon Golf Club near Atlanta is now open to the public. Courtesy of ReesJones.com 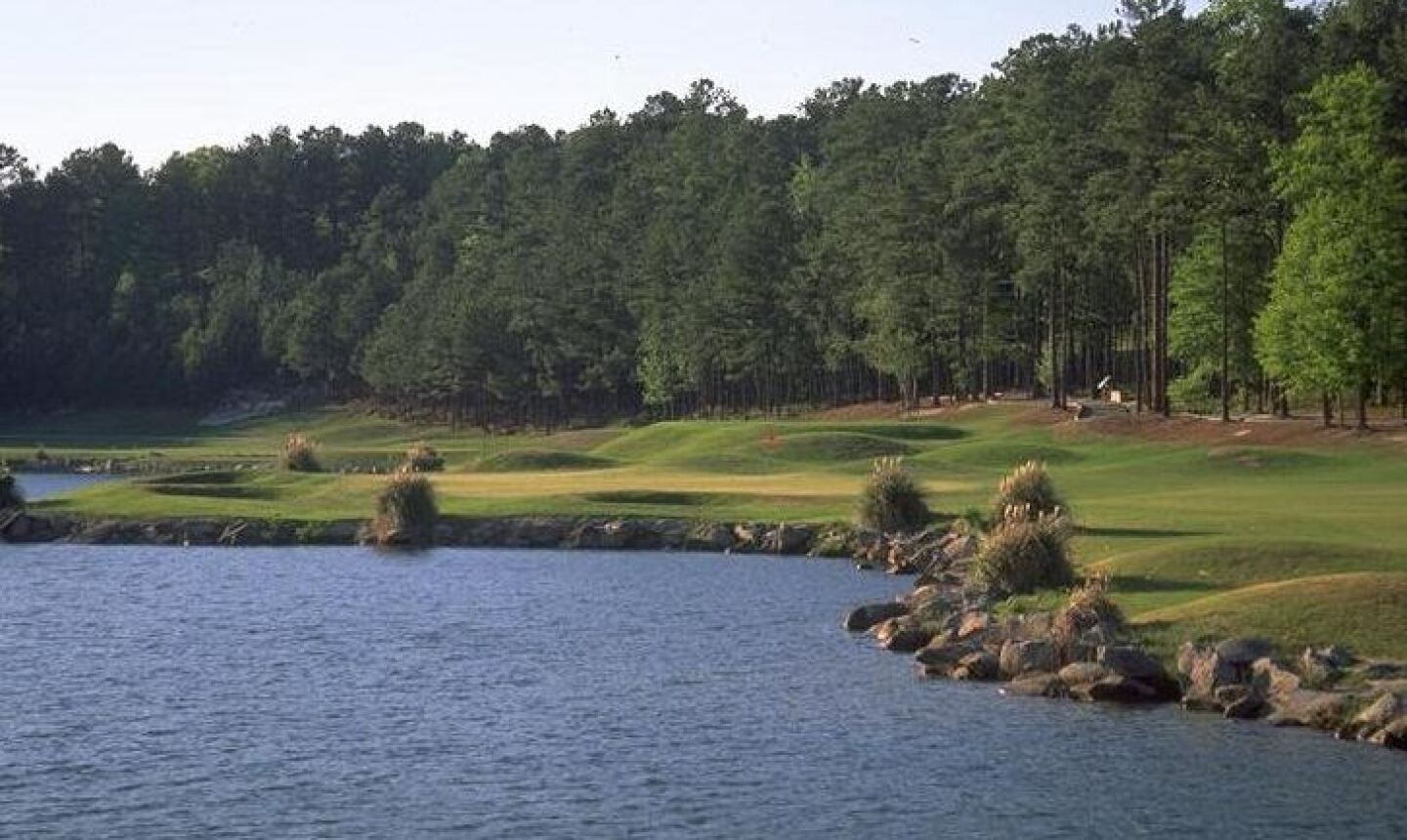 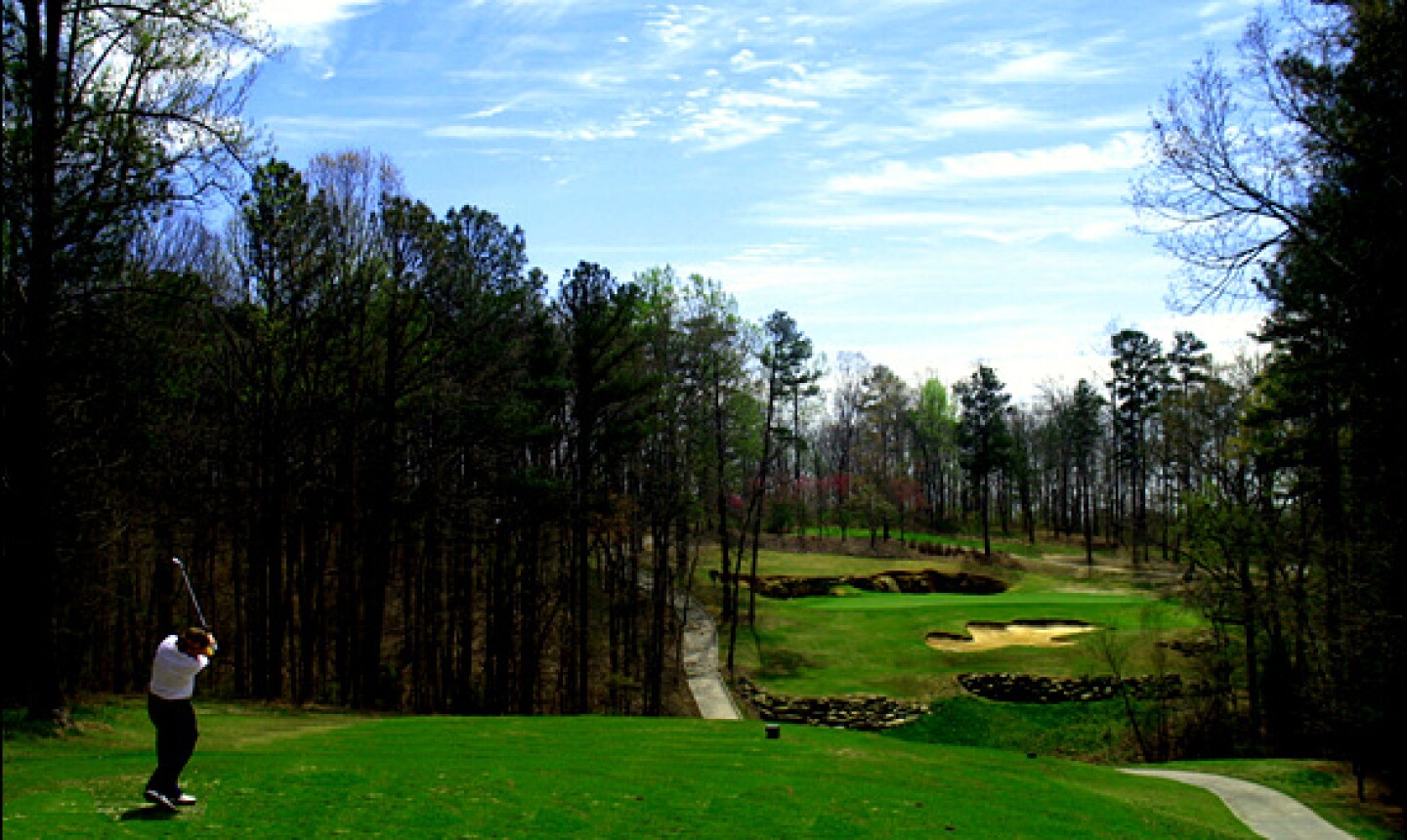 Cherokee Run Golf Club was built by Arnold Palmer and Ed Seay in 1995 and is set within the Georgia International Horse Park. Courtesy of Cherokee Run G.C.

Like many big cities, Atlanta is probably known best for its private clubs -- such as Atlanta Athletic Club at Eastlake -- than it is for its public courses.

The truth is, especially within the city, public golf offerings aren't exactly plentiful, but as you get farther out, there are some pretty good resorts such as Chateau Elan, Reynolds Plantation and Callaway Gardens.

Closer into town, it's a little more challenging to find good public golf but far from impossible. But here are five picks that won't disappoint ...

For public golfers, there's nothing like an exclusive private club opening its doors to outside play.

But that's exactly what's happened at Echelon Golf Club, a high-end Rees Jones design. Located in Alpharetta, north of Atlanta, the course is laid out over 600 acres of rolling hills, known for its horse farms and polo fields.

Playing as long as 7,588 yards, there are elevated tees, plenty of bunkers, streams and bentgrass greens, plus an extensive practice facility, all in pristine condition.

When you think of public-access golf in Atlanta, Stone Mountain Park is synonymous with it.

Just minutes from downtown, Stone Mountain Golf Club offers two championship courses -- Stonemont and Lakemont - both which wind through a forest of Georgia pines and around Stone Mountain Lake. Designed by Robert Trent Jones Sr., the original Stonemont Course is the more difficult play of the two layouts, playing 6,863 yards from the back tees and features narrow fairways, plenty of bunker and loads of Georgia pines.

The newer Lakemont Course at Stone Mountain, designed by John LaFoy, is the more resort style of the two but also offers some of best views on the carving side of Stone Mountain. Conditions and amenities have been upgraded since the Marriott Group took over operation, and it is again one of the best and most popular destinations for local players and visitors.

Brought back from bankruptcy in 2010 by the city of Conyers, Cherokee Run Golf Club is better than ever.

This Arnold Palmer design, which features zyosia fairways, got new MiniVerde greens recently and as part of a complete restoration. The work also included the thinning out of trees and new management.

As always, it's still a tough test, playing well more than 7,000 yards from the back set of tees. The final four holes are nicknamed "The Trail of Tears," evoking the unfortunate forced relocation of American Indians in the 1800s.

One of the best public courses in the Atlanta area is Cobblestone Golf Club, in the northwest part of the city.

Designed by Houston architect Ken Dye of Finger-Dye-Spann, the course features eight holes along Lake Acworth. Owned by Cobb County and managed by Affiniti Golf Partners, Cobblestone Golf Course has been named among the best municipals in the region.

A 2010 renovation hasn't hurt, having brought a number of improvements, including new bunkers and greens.

Designed by Desmond Muirhead, Indian Creek provides plenty of challenge against beautiful backdrop on a course that always remains in excellent condition. Recently renovated, the course plays almost 6,900 yards from the longest of five sets of tees.

After your round, dine at the Village Grille, which serves not only light fare but excellent dinner options, too. 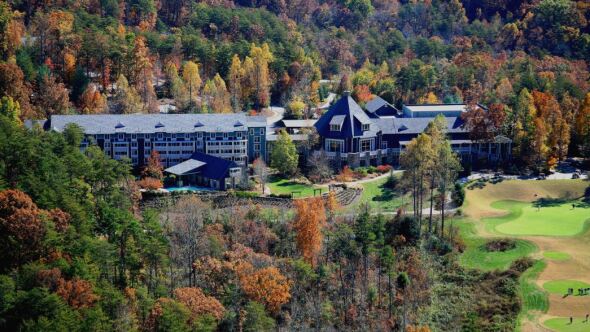