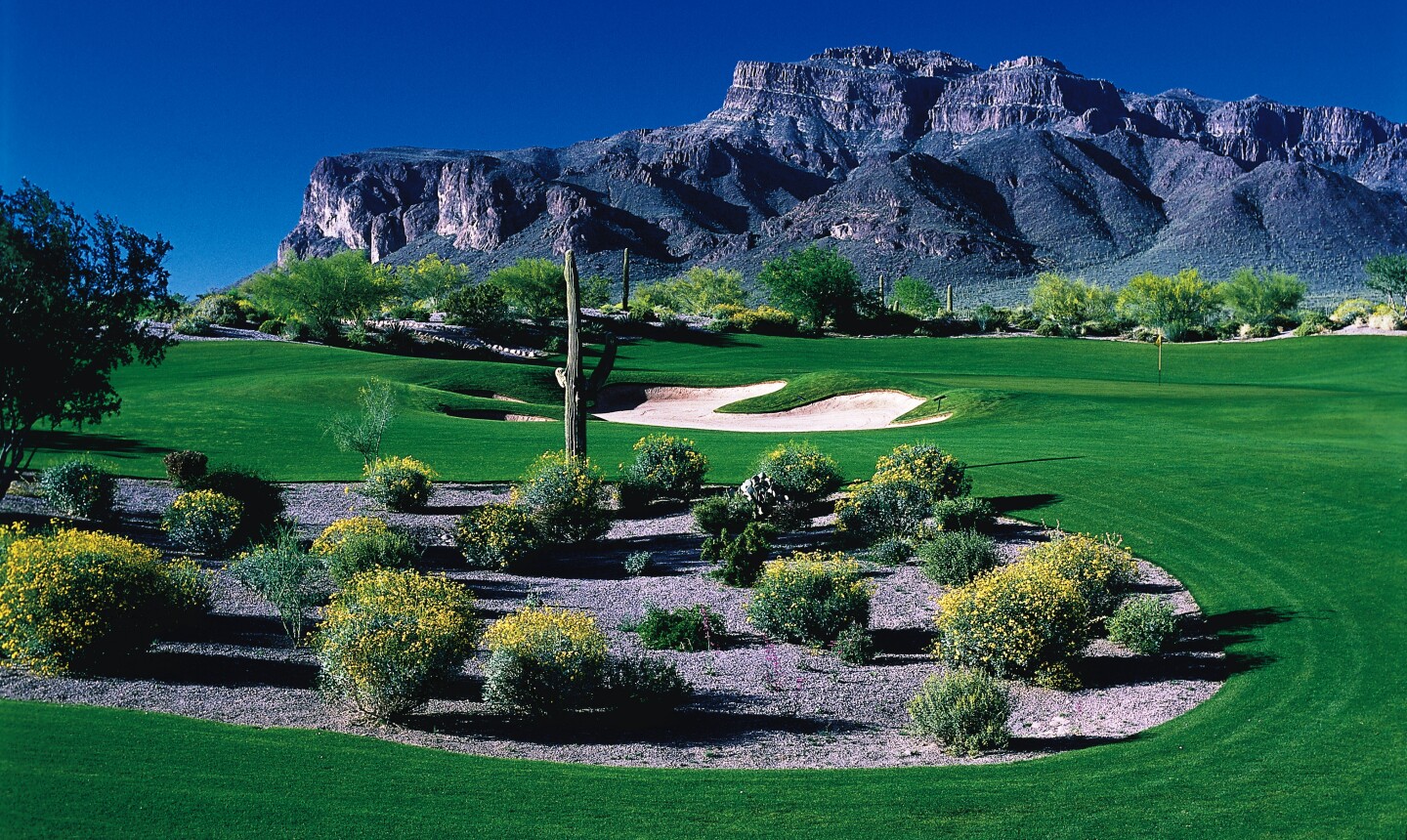 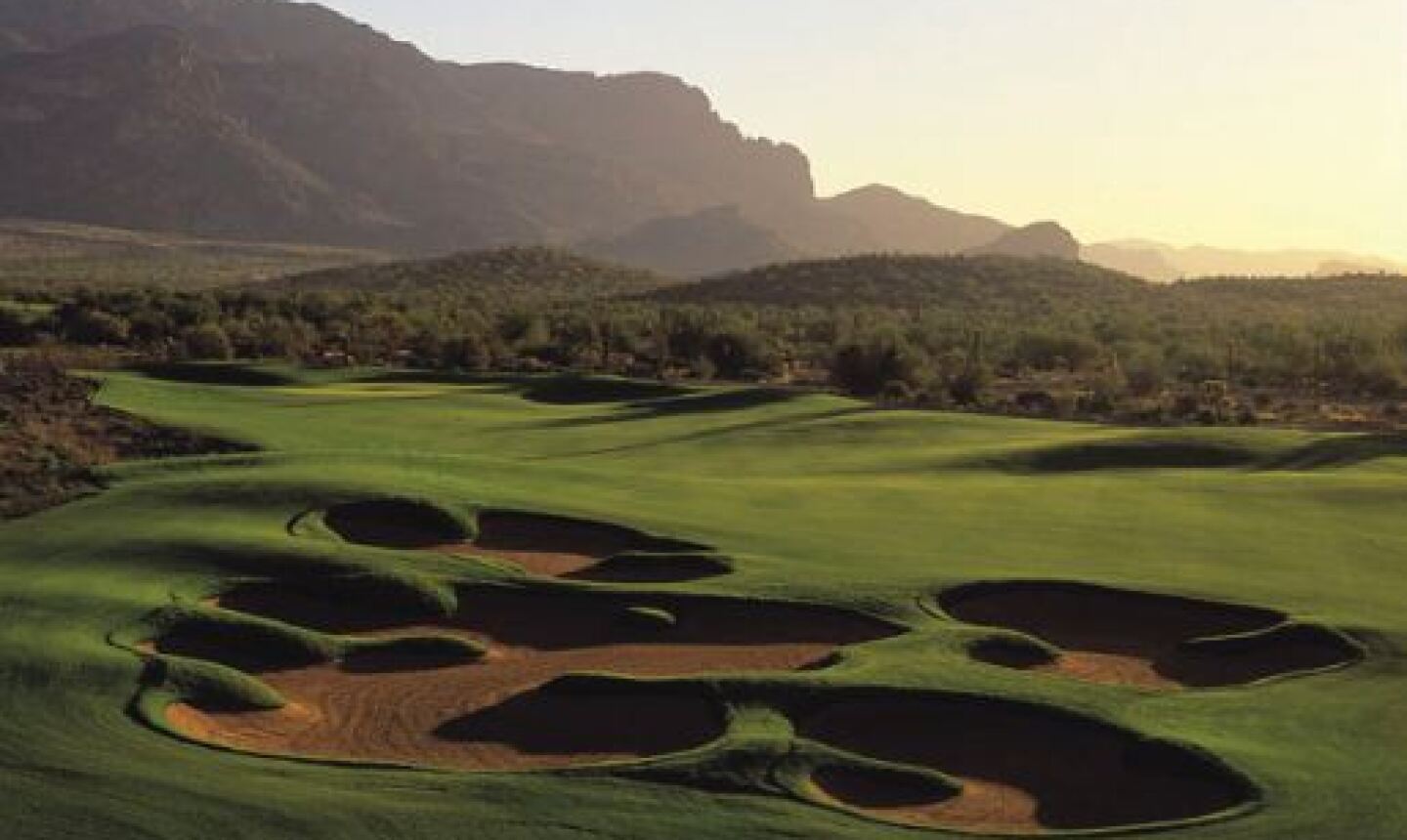 GOLD CANYON, Ariz. -- Better hurry and play Superstition Mountain Golf and Country Club, opened currently for daily-fee play, because the goal is to return to private status as soon as more memberships are sold.

"The reception to being open to daily-fee golfers has been very positive," said Matt Brooks, director of golf. "And it helped greatly to encourage new memberships. We had dipped to 265 members, and now we are back above 400, so going back to private could happen in less than a year."

It's not a hard sell. The two Nicklaus-designed 18s, named Prospector (1998) and Lost Gold (1999), are award winners and have hosted professional events, including the LPGA Safeway International from 2004 to 2008, the 2002 Countrywide Tradition and the 2002 Senior Slam.

The pros loved Superstition Mountain -- well, maybe Lorena Ochoa had mixed feelings when she hooked her tee shot into the lake left on Prospector's No. 18, a 553-yard par 5, sinking her chance to win the 2005 LPGA Safeway International.

When Ben Crenshaw played here he said: "These greens are as good, if not better, than any I have ever played."

Brooks says they don't claim Crenshaw's quote as gospel today, but the smooth, slick 13-Stimp-meter greens are championship worthy. "I'd put our greens up against any in the Phoenix area," he said. "Curt Byrum was out here preparing for the Arizona Open (contested this year on Prospector), and he said they were as fast as any he'd competed on."

Brooks likes holes 14 and 15 where the views of Superstition Mountain are unobstructed. "No. 14, a 531-yard par 5, is a risk-reward dogleg right," he said. "If you can be precise on cutting off the right side you might be able to carry a ravine that fronts the green complex and reach in two."

No. 15 is 224 from the tips over desert to a kidney-shaped green and fall-off front with bunkers left and right. "This one can be tough from the back tees," Brooks said, "and the finishing holes are all good holes, going downhill and most of the time against the wind."

The final hole is daunting -- a 467-yard par 4 -- and water hugs the green big-time on the left. Hook your approach, and the ending can be a sad one.

The Lost Gold Course was the site of the 2002 Senior Slam, where Fuzzy Zoeller edged Don Pooley by one stroke to win the $300,000 top prize.

Superstition Mountain's Prospector Course rolls out at 7,225 yards and a par 72, and Gary Nicklaus gets a co-design credit with his father.

"I like the second hole because you again need to bite just enough of the desert to get home in two on this 535-yard par 5," Brooks said. "The third hole is downhill, but you have to deal with wind and 487 yards for a par 4 that doglegs left."

You have a better angle going down the right side and can find a speed slot for added distance. If you hug the left fairway boundary you might not have a view of the green, which has a deceptive putting surface.

The 18th is where Ochoa met with the water on her drive. That lake goes the length of the hole. Just keep it right center all the way -- the approach is to an oblong, slanted green and has two bunkers front and behind.

Play both courses at Superstition Mountain and you will get a feel for what the pros face every week: superb conditioning and lightning-fast greens. A staff of agronomists and caretakers, totaling 60, work every day to maintain its excellence.

"Like most Nicklaus designs, the golfer faces generous fairways and tough approaches," Brooks said, "but I think these greens are very playable and gently rolling. There are some collection areas, but better players are challenged to play to the proper side of the fairways for the best angles. That makes strategy a must because the bunkering is deep and can be penal."

Ranked as one of America's 100 Premier Properties by Links Magazine and decorated with "Top 100" accolades from Golfweek and Golfworld, Superstition Mountain is a must-play for avid golfers.

Golf instruction is available from Mike Malaska, 2011 PGA of America National Teacher of the Year. Instruction is open to all golfers, ranging from low to high handicappers, with a variety of programs including video analysis, on-course instruction, private lessons and golf schools.

You might be mesmerized by the view from the huge practice area, which looks right at Superstition Mountain.

David R. Holland
David R. Holland is an award-winning former sportswriter for The Dallas Morning News, football magazine publisher, and author of The Colorado Golf Bible. Before launching a career as a travel/golf writer, he achieved the rank of Lieutenant Colonel in the Air Force reserve, serving during the Vietnam and Desert Storm eras. Follow Dave on Twitter @David_R_Holland.
0 Comments
Related Links

Articles
Bettor Golf: No drought of top casinos and resorts in Arizona, New Mexico
The nationwide explosion of casino gambling has fueled an interesting side effect -- a nationwide explosion of casino golf courses, often of better quality and at lower prices than their non-casino peers. When it comes to casino golf courses, Vegas is still king. But the rest of the Southwest is no slouch, especially Arizona and New Mexico, packed with world-class golf courses -- most of them dramatic desert layouts -- and urban appeal.
5 Min Read 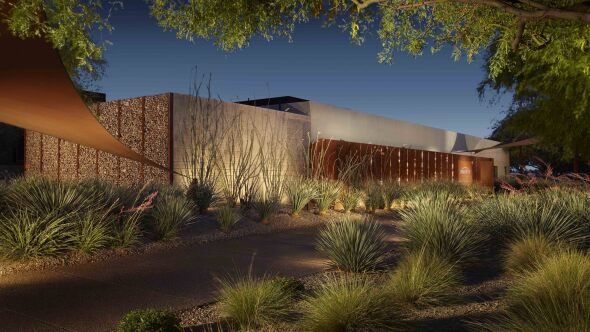 Articles
No flash, lots of substance: Longbow Golf Club in Mesa, Ariz.
Located 20 minutes southeast of Scottsdale, Ariz., Longbow Golf Club doesn't have the panache of some of the Valley's esteemed courses. For one thing, none of the 18 holes are visually spectacular. But what the part links-style, part desert course lacks in style, it makes up for in consistency. Longbow is a solid golf course that will entertain and challenge golfers. Its best attribute is its simplicity.
3 Min Read 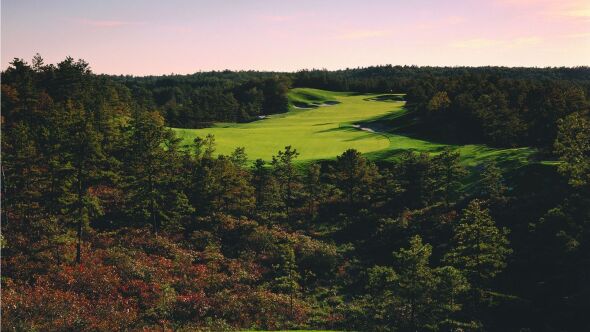