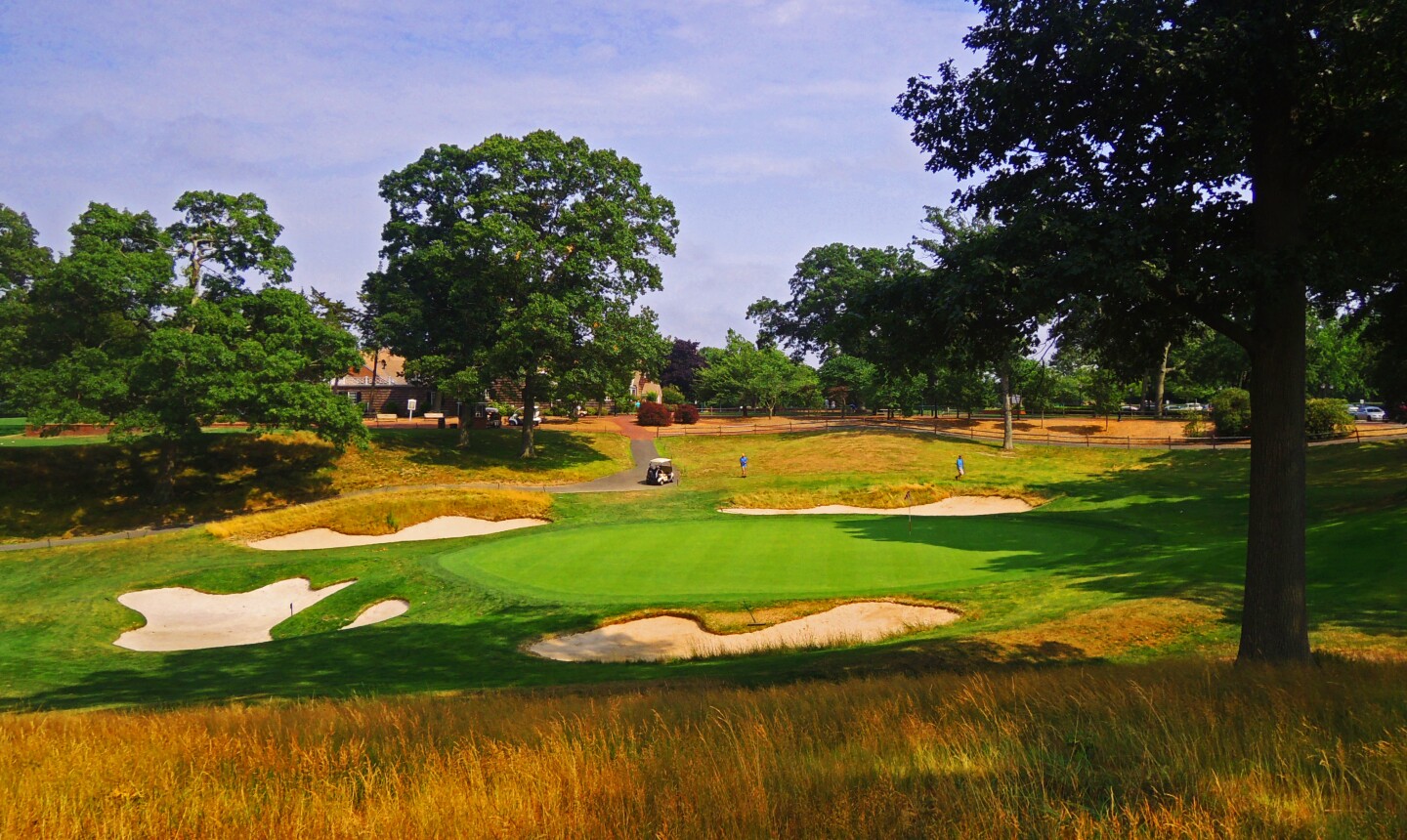 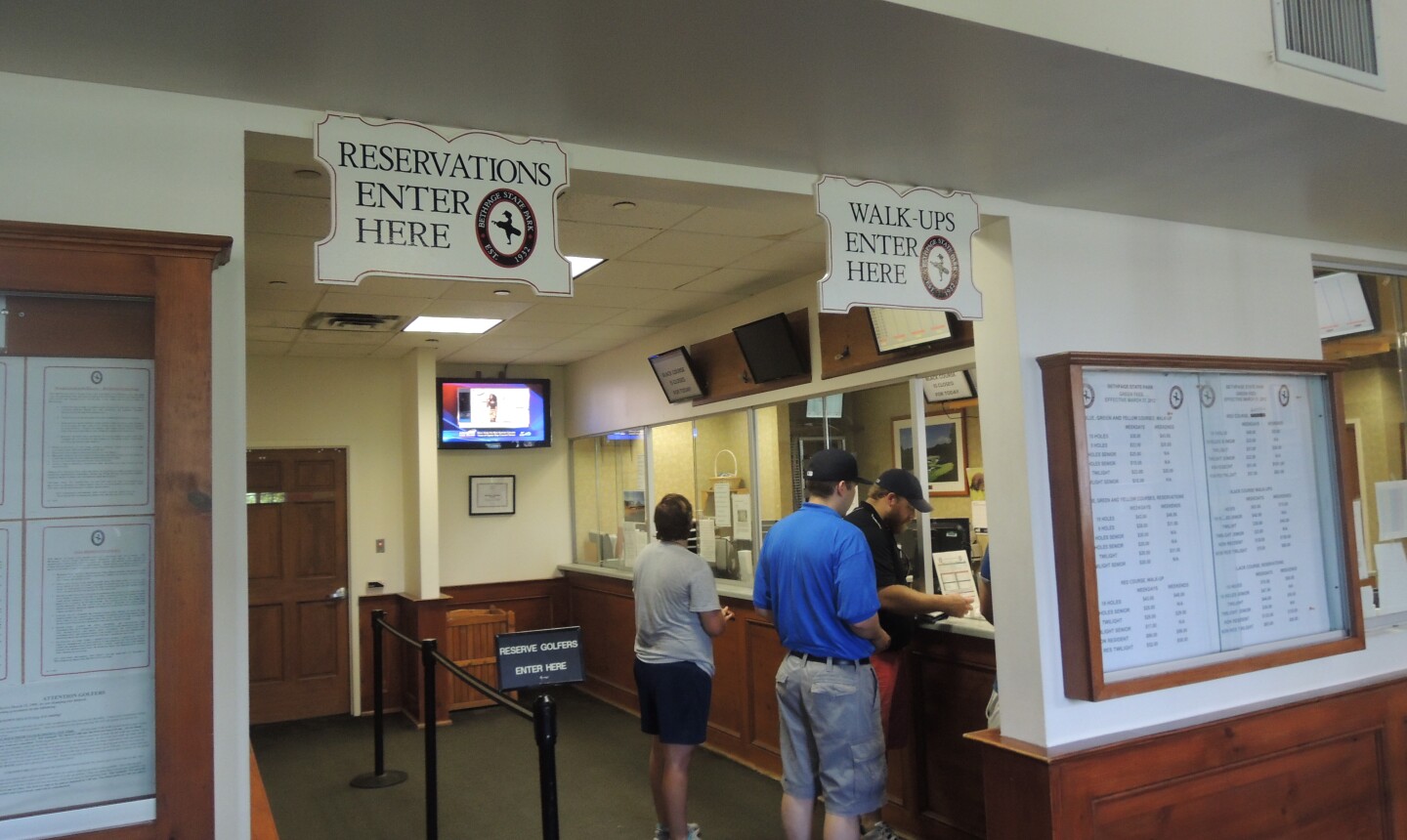 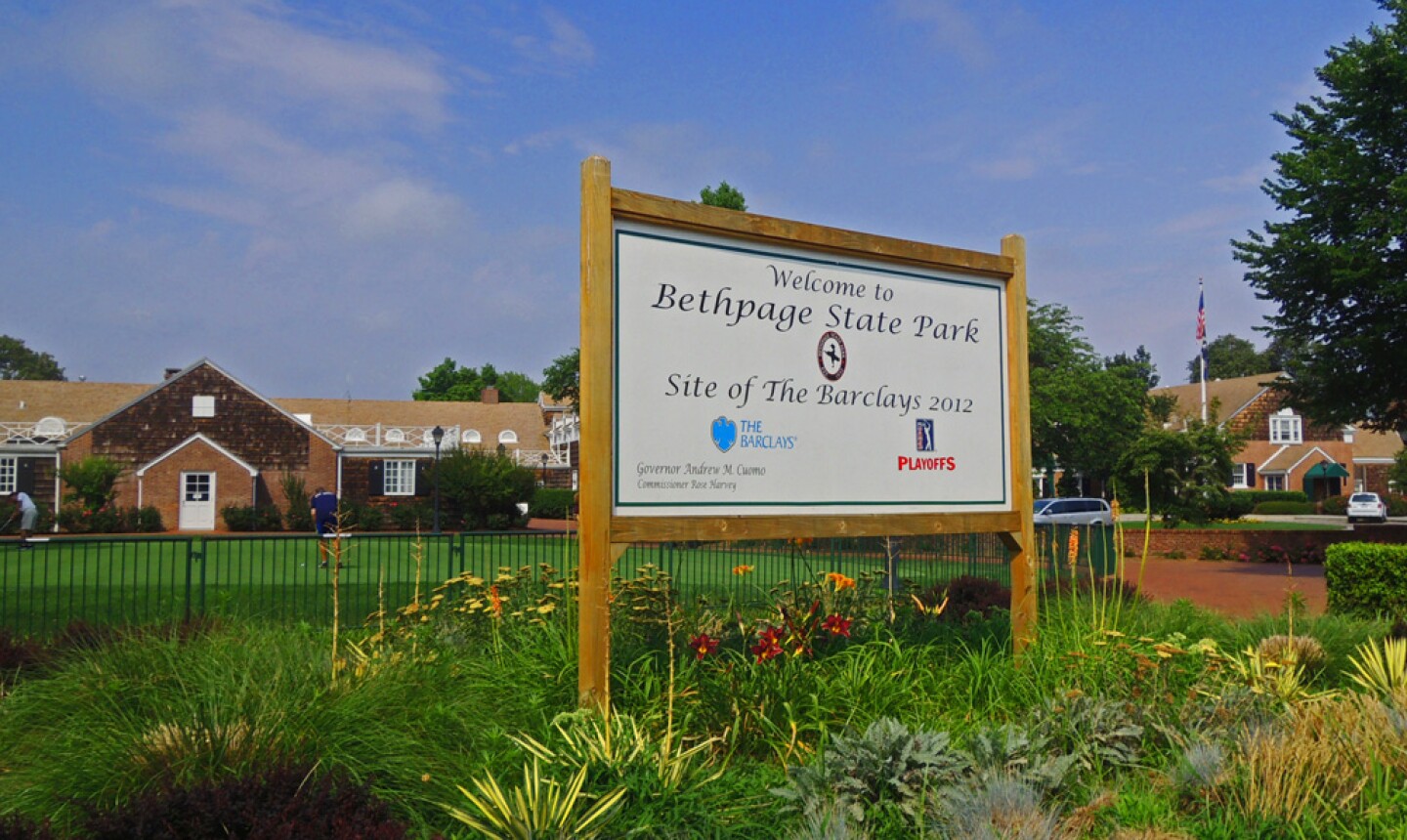 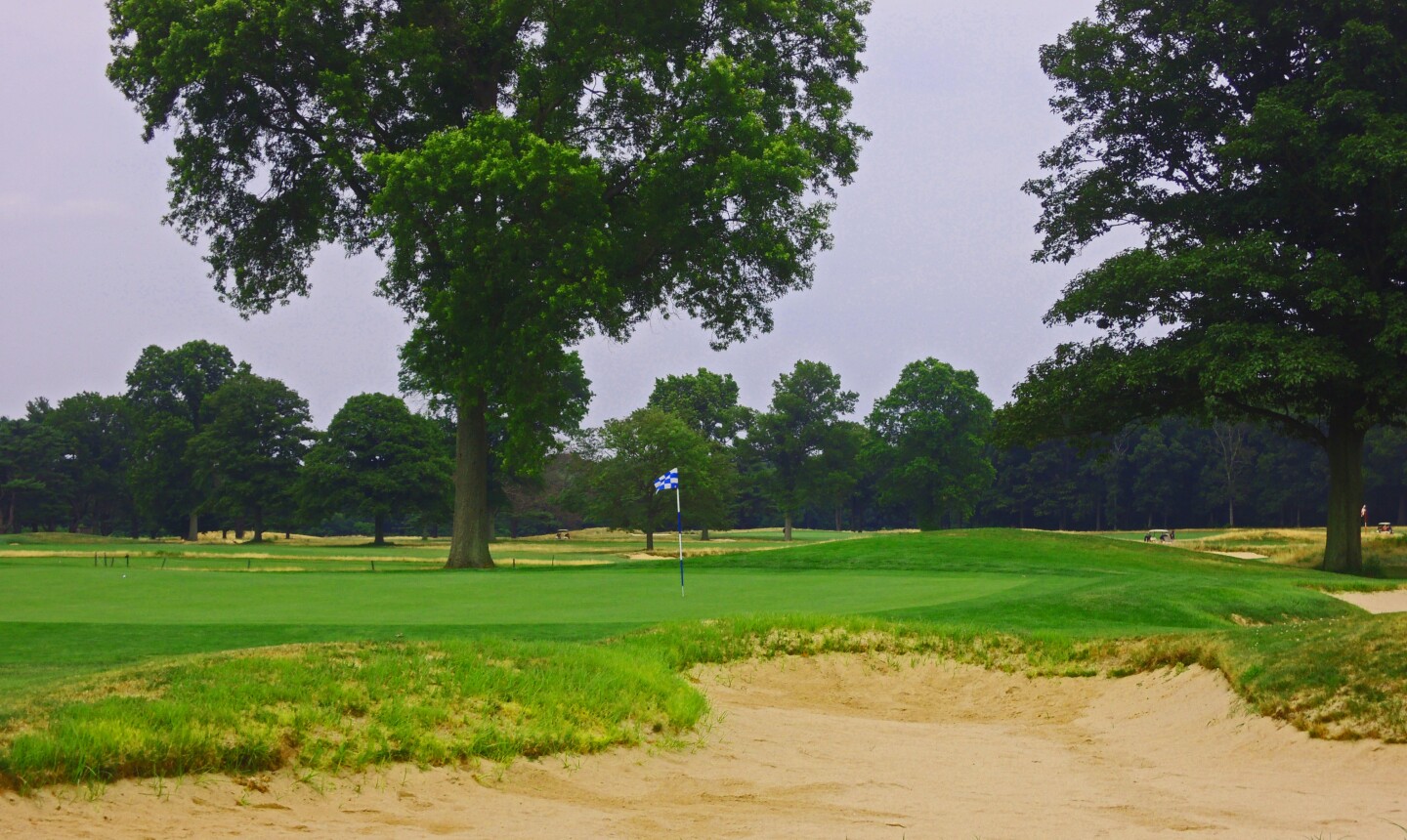 The Blue Course at Bethpage State Park is a pretty good test, too, and a bargain at less than $50 for out-of-staters. Mike Bailey/GolfAdvisor 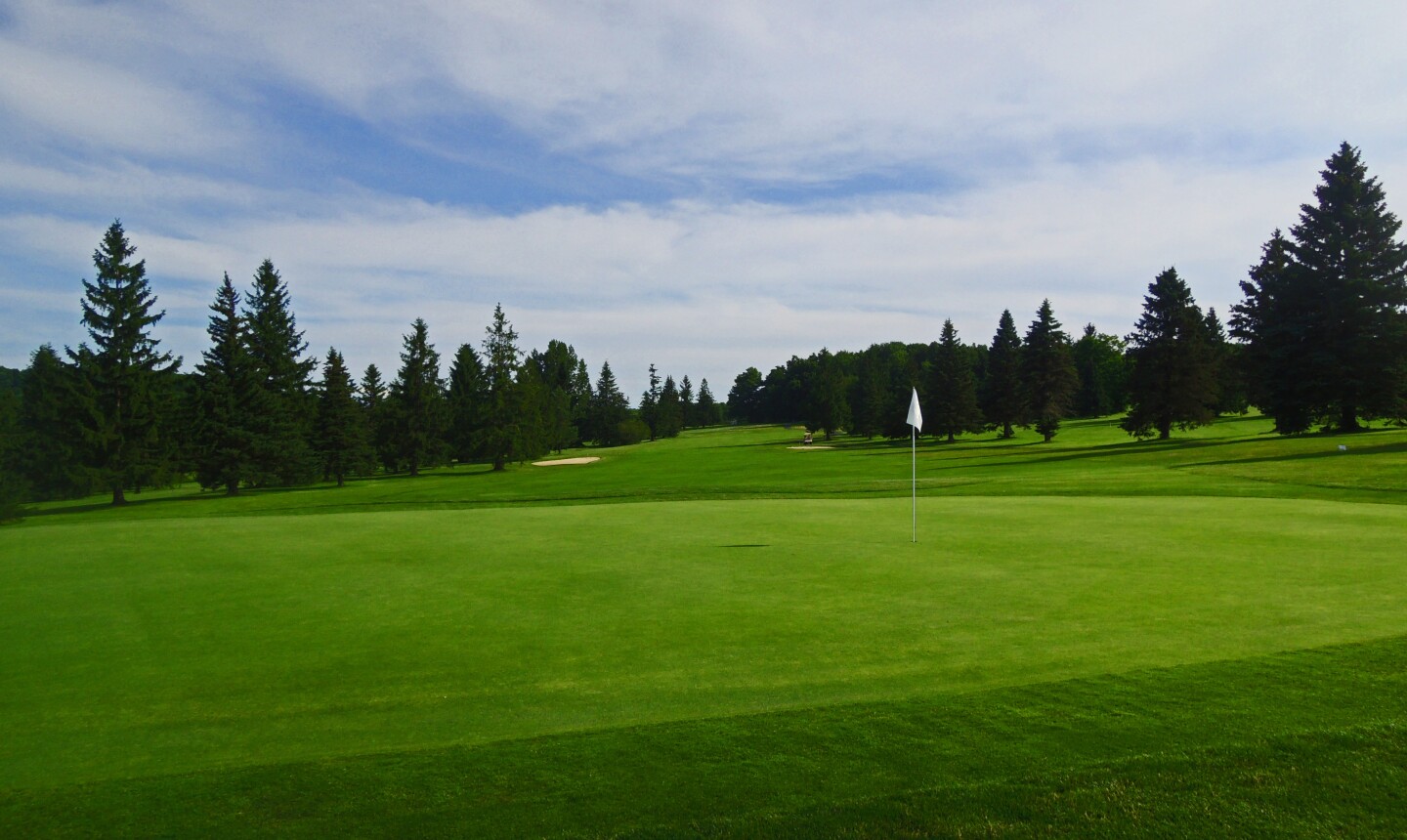 Panorama Golf Course is a championship-length golf course with great views of the Endless Mountains of Pennsylvania. Mike Bailey/GolfAdvisor

FARMINGDALE, N.Y. -- In golf, you expect a certain level of treatment, especially when you do what I do for a living. Let's face it: I go to some pretty swanky places, golf venues where they typically unload your clubs, run them to a cart for you, clean your clubs afterward, you know, basically roll out the old red carpet.

Not at Bethpage. There you're just a number, one of the many who roll through the state park's five golf courses. You don't check in at the pro shop but in another area that more resembles the Department of Motor Vehicles than one of the top golf facilities in America.

There are two lines -- one for golfers with reservations and one for walk-ups and those who want to change their reservations. When it's your turn, a cashier on the other side of the window takes your payment or helps you make or change a tee time. The fewer words the better. If you didn't know where to go after that, you needed to ask. Information like where to get a cart or range balls (and pay for it separately) was not volunteered. Given the number of players, it's somewhat understandable.

Welcome to public golf, New York style. (Bethpage State Park became the first publicly owned golf course to play host to the U.S. Open in 2002 and would stage it again in 2009.)

This is where I spent part of my second week on my epic summer golf trip. I've always wanted to play golf at Bethpage, which is located on Long Island, about 30 miles north of Manhattan and $24 in tolls or so from Tenafly, N.J., where I stayed the night before.

Getting comfortable at Bethpage

Fortunately by my second day, I had the routine pretty well down. I knew where each course's starter was, knew to have my starter's slip in hand, knew where to find and pay for my pull cart and learned how to talk the veteran starters into finding me a slot to move my tee time up a little earlier in an effort to beat the inclement weather.

There was a tournament last week on the famed Black Course, so that wasn't part of the agenda. And that was okay. The other courses at Bethpage, most of which was designed by A.W. Tillinghast, aren't too shabby either. For the locals, it's an incredible bargain. For the rest of us, who might pay double or more at times -- it's also a bargain.

I got to play three of the other four courses, including the Red Course, which many say is nearly as good as the Black, but it just doesn't get the attention to detail afforded the Black. Playing as a single, I met all kinds. One player was near scratch and was even par before the lightning hit on the 13th hole. Another was playing just his second round -- ever -- but he kept up. And a couple of more players I joined simply loved the game more than life itself.

If you can make it there

One of the bonuses of playing golf in the New York City area, of course, is the city. Earlier that week, we went into Chinatown. After a knock-it-out-of-the-park dinner at Joe's Shanghai, where we shared a table with two other parties, I got an authentic foot reflexology massage (i.e. foot torture) across the street. I made the mistake of telling my elderly female therapist about my plantar fasciitis in the left foot. She spent the next 35 minutes figuring out ways to induce extreme pain.

In retrospect, it wasn't a mistake. It seemed to help. I had no problem walking 54 holes at Bethpage, and my feet feel better than they have in years. Total cost of the Chinese foot rub, including tip: $45.

After three rounds at Bethpage, I tried a slightly easier course in northeastern Pennsylvania a couple of hours away as I began my way west. The course, which sits on the land of a converted dairy farm, is called Panorama Golf Course, and it lived up to its moniker. From the tips, this little hidden gem can play 7,250 yards, so it's no pushover. The best part, however, are the views of the Endless Mountains. The views really were endless, and they came on every hole. Green fees, including cart, are generally around $35 or less.

Pennsylvania was on the way to my next destination, Chicago, which is where I am today, getting ready for a couple of rounds that include the famed Dubsdread Course at Cog Hill, longtime home of the Western Open. From there, it's off to Wisconsin and some more famous venues, including Whistling Straits and Erin Hills. I'm guessing I'll get to tip a guy to clean my clubs after some of those rounds. 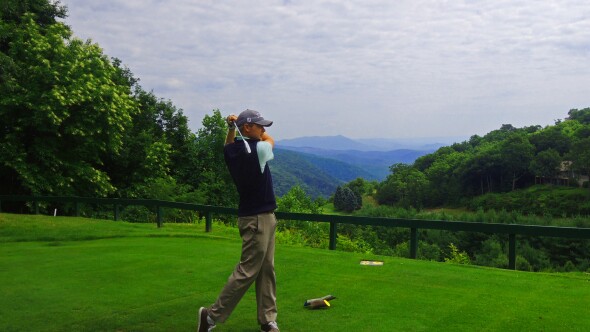 Articles
Bailey reports from the first leg of epic summer road trip
From a very playable Pete Dye course to another one that might even be more playable, the first week of my epic summer trip has been filled with excellent golf, eats and a few unusual activities.
5 Min Read