Three days, $200: Golf your brains out in Minnesota's Twin Cities 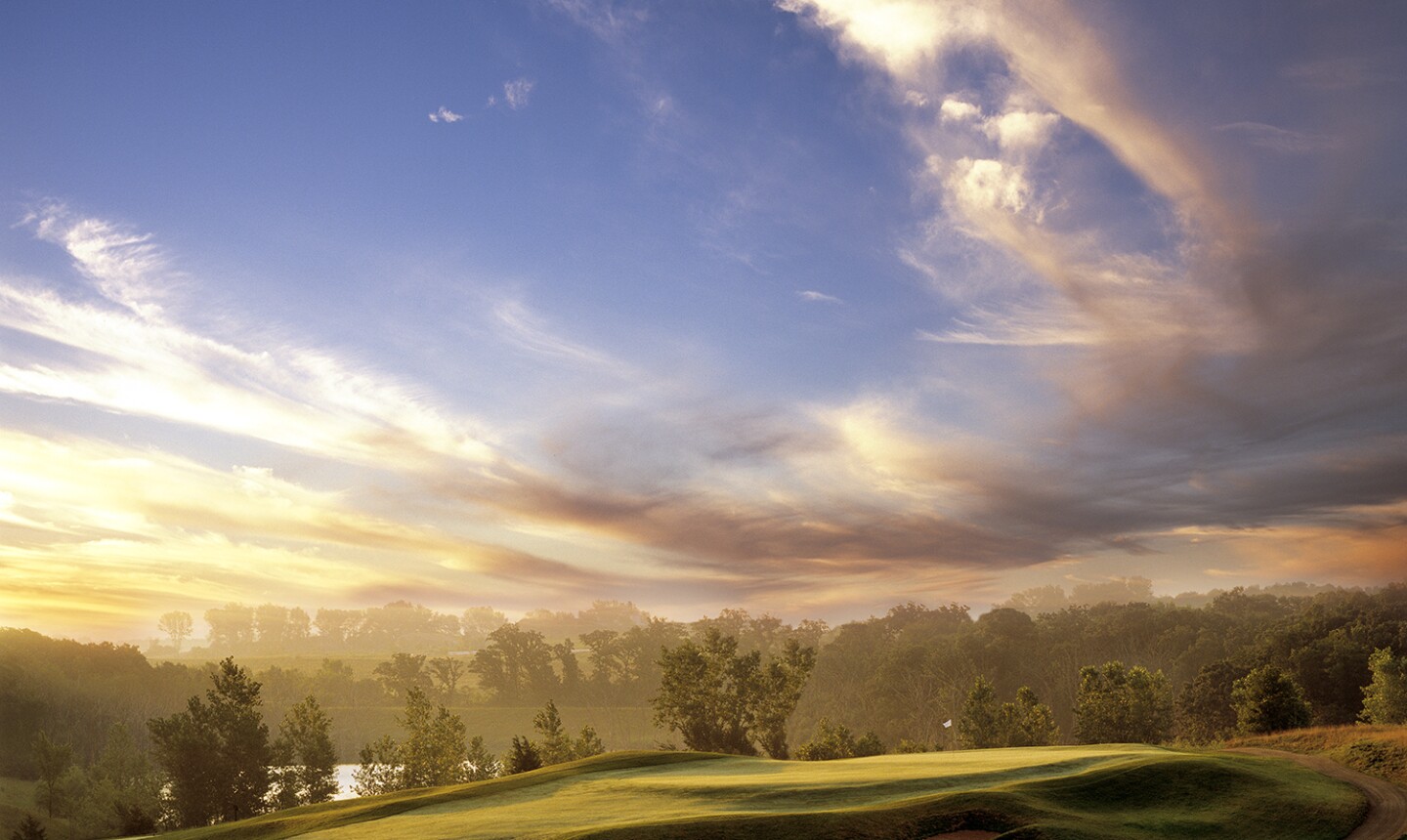 StoneRidge Golf Club is one of the best public courses surrounding the Twin Cities. Courtesy of Peter Wong 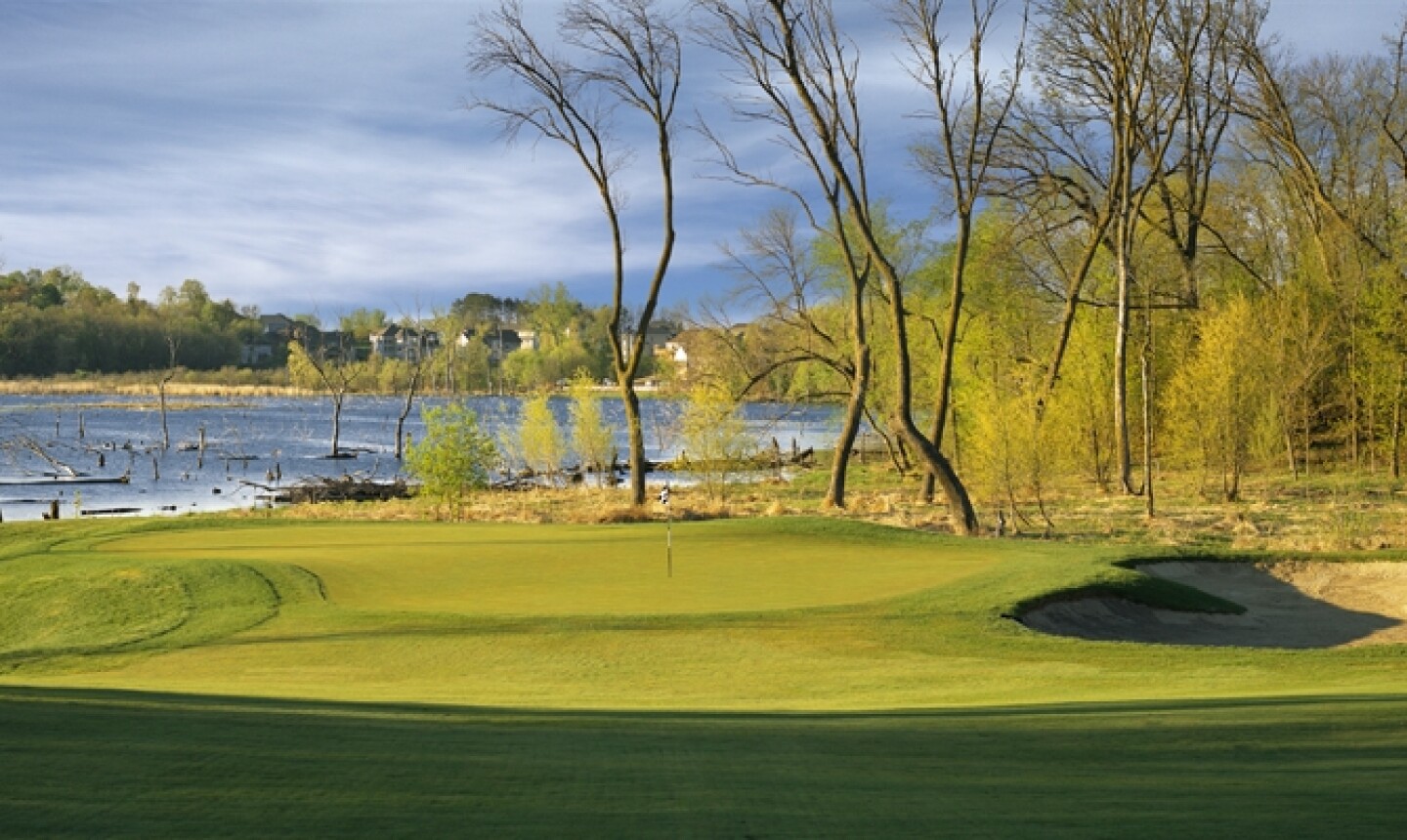 No. 8 is one of many beautiful holes at The Wilds Golf Club. Courtesy of Peter Wong 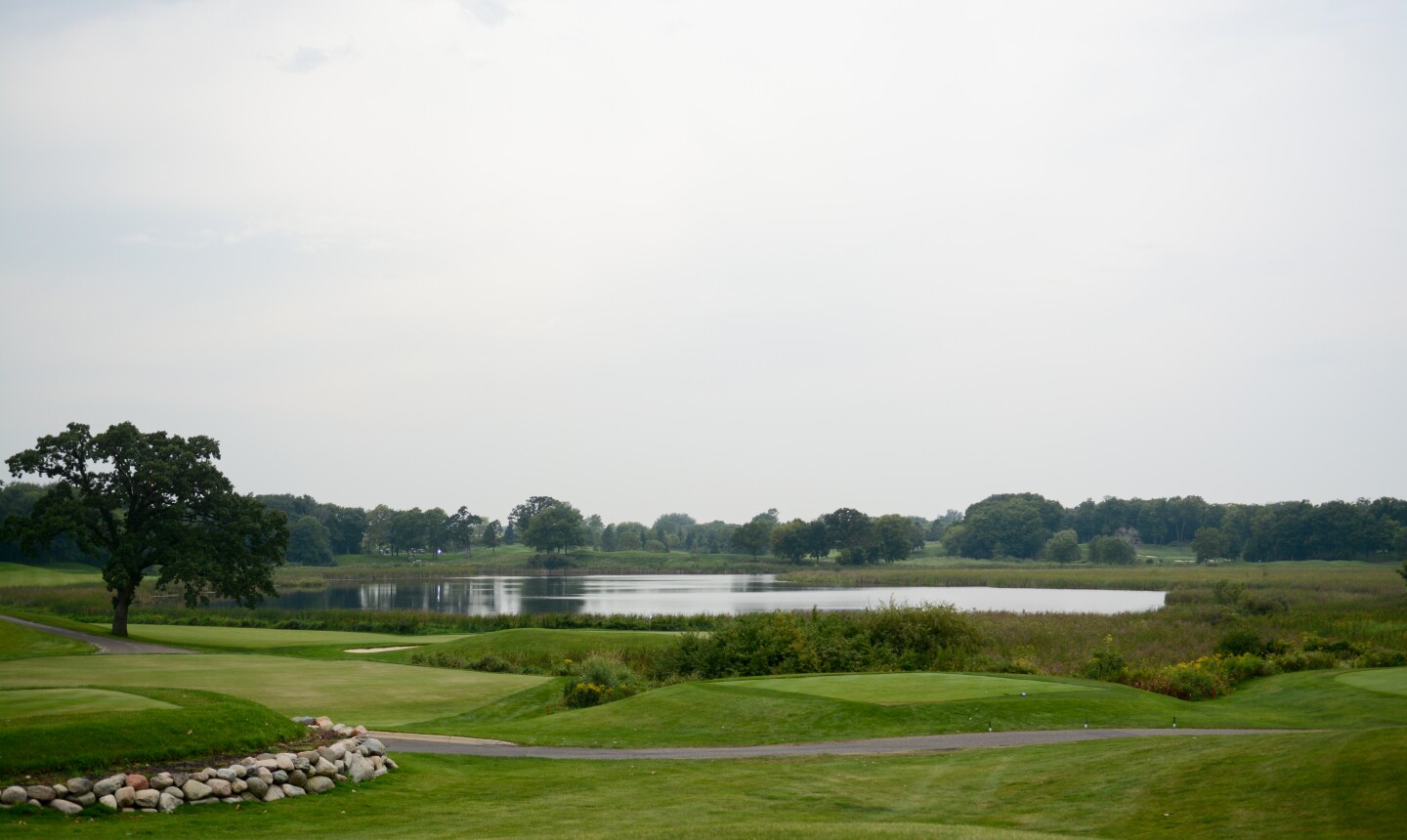 Rush Creek Golf Club will be a popular place to play during the 2016 Ryder Cup Matches. Courtesy of Explore Minnesota 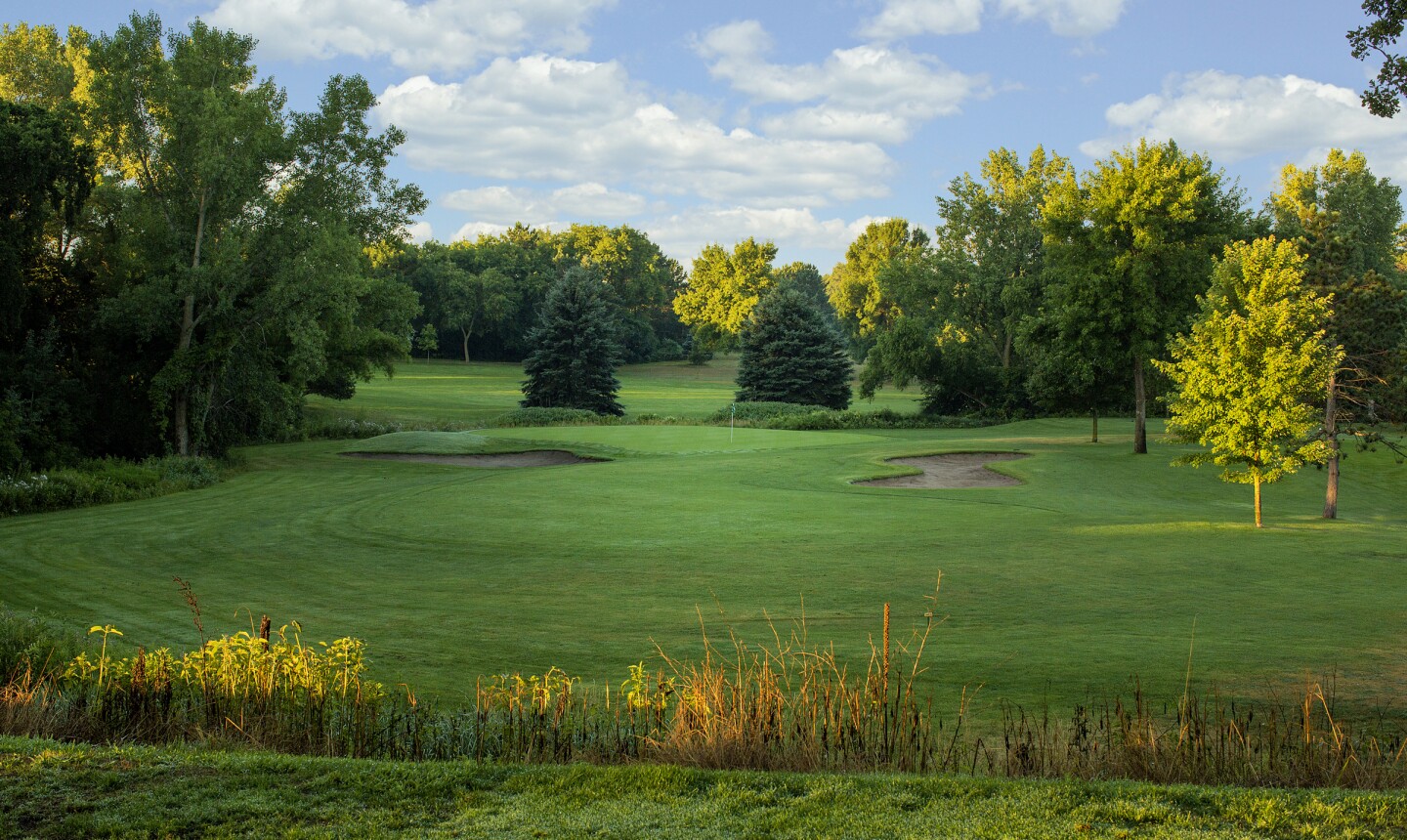 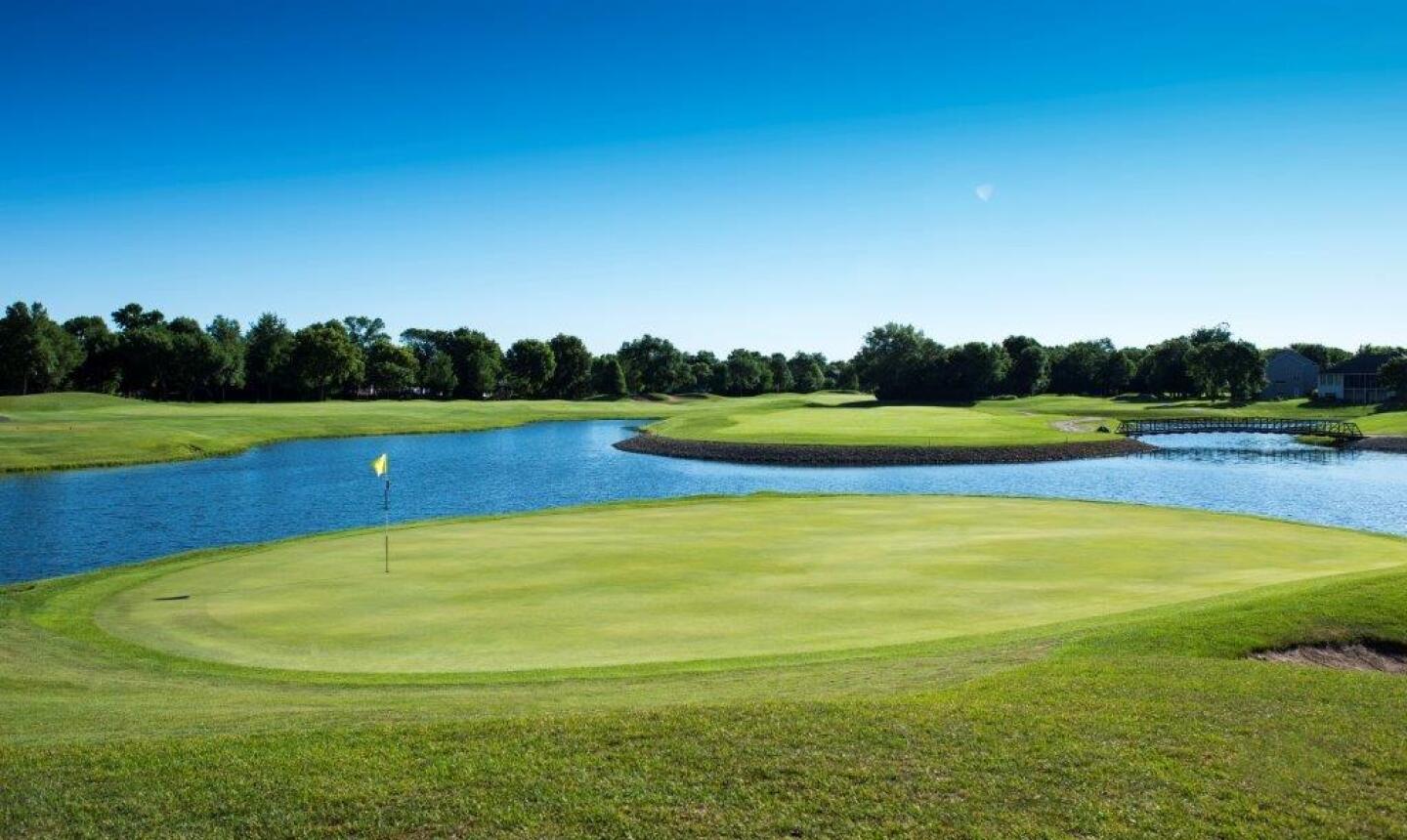 I was born in Saint Paul, Minnesota

My family moved to Michigan when I was a toddler -- unfortunately before I could fully vet the golf scene in the Twin Cities. Thank goodness I still have family in the area that I visit on a semi-regular basis. I've played a handful of area courses, although more remain on my bucket list.

Golf in the Twin Cities is relatively affordable -- when the Ryder Cup Matches aren't in town. Loads of competition drives prices down. Minnesota boasts more courses per capita than any other state in America.

There are dozens of ways to play three days of golf for less than $200. You don't even have to skip the big "name" courses to pull it off, either. Consider me your tour guide:

After a morning flight into the Minneapolis-Saint Paul International Airport, drive a half-hour southeast to the Mississippi Dunes Golf Links in Cottage Dunes, where I found plenty of weekday afternoon tee times in August in the $45-$55 range on the booking engine at the course's Web site. Rack rates are $89. Golfers love the variety and scoring potential of a 6,500-yard layout consisting of six par 5s, six par 4s and six par 3s. The views of the Mississippi River start on the first three holes and continue throughout the round.

The following day head west to Prior Lake, home three high-end daily fees: The Wilds Golf Club, Legends Golf Club and the Meadows at Mystic Lake. We will blow our budget here playing two of them. The Legends -- costing $79 -- has 13 holes with water in play on some dramatic land.

You can make it a 36-hole day by playing The Wilds after 4 p.m. when the rate drops from $93 to $56. Or save that afternoon tee time for tomorrow. Staying at the Mystic Lake Casino Hotel, the state's largest casino with a 586-room hotel, will help lower costs on The Meadows ($89 rack rate/$65 twilight) if you choose it instead.

If you played 36 holes the day before, turn tourist on day three, hitting the casino or shopping at the Mall of America in Bloomington 20 miles away (and close to the airport) before heading home.

After landing, head 26 miles west to Chaska. You won't be able to get onto the private Hazeltine National Golf Club, site of multiple majors and the 2016 Ryder Cup Matches, but the Chaska Town Course isn't a bad consolation. The Arthur Hills design, a municipal course that co-hosted the 2006 U.S. Amateur with Hazeltine, will cost $63 riding a weekday afternoon (it's actually cheaper weekday mornings before 11 a.m.). Water and wetlands bring the challenge on the back nine.

Wake up early the following morning to make the journey 30 miles north to Rush Creek Golf Club in Maple Grove. Tee times before 8 a.m. will save you $40, costing $79 instead of $119. The Bob Cupp/John Fought design opened in 1996 and immediately held the LPGA Tour's Rainbow Foods LPGA Classic in 1997-98 and later the 2004 U.S. Amateur Public Links Championship. In his review, Golf Advisor user 5Mike113 calls it a "first-class experience."

For day three, golfers can go 35 miles west to play the Albion Ridges Golf Course in Annandale or head 13 miles east to find a deal at the Edinburgh USA Golf Course in Brooklyn Park.

Green fees are always less than $50 at the 27-hole Albion Ridges, but to stay within our budget at Edinburgh USA requires some savvy tee-time hunting. It's a muni where you can walk anytime for $57, ride at twilight after 4 p.m. weekdays/3 p.m. weekends for $43 or ride a cart Monday ($45) or Tuesday ($55) during the day. Edinburgh USA, the original site of the Rainbow Food LPGA Classic from 1990-96, was renovated by original architect Robert Trent Jones, Jr. in 2014.

A tighter cluster of quality courses reside in the suburbs east of the Twin Cities. You can pair a highlight of the bunch, StoneRidge Golf Club ($59 weekdays/$72 weekends) in Stillwater, with almost any one of these solid value plays -- Oak Marsh Golf Course ($51-$56) in Oakdale, Eagle Valley Golf Club ($50-$59) in Woodbury or Hidden Greens Golf Club ($44-$48) in Hastings -- and finish strong at Willingers Golf Club in Northfield. Almost all of the reviews of Willingers ($55-$65) on Golf Advisor are five stars.

If you make a "sundowner" time at Willingers (teeing off between 2-4 p.m. costs $55) and a twilight time at StoneRidge ($49 weekdays/$52 weekends), you might even be able to squeeze in a round at Prestwick Golf Club at Wedgewood, a semiprivate club in Woodbury that costs roughly $100 during peak times ($65, plus $40 cart for non-members) but can be had for much less in the afternoon. Another costlier option is to sneak across the border to the par-71 Troy Burne Golf Club ($96 rack rate) in Hudson, Wis.

Don't delay making in making a decision of which route you follow. Summer is short but sweet in the upper reaches of the Midwest. 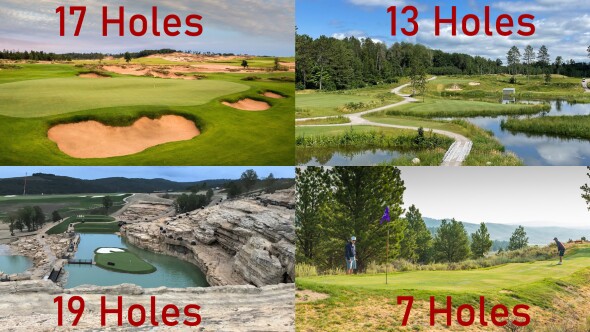