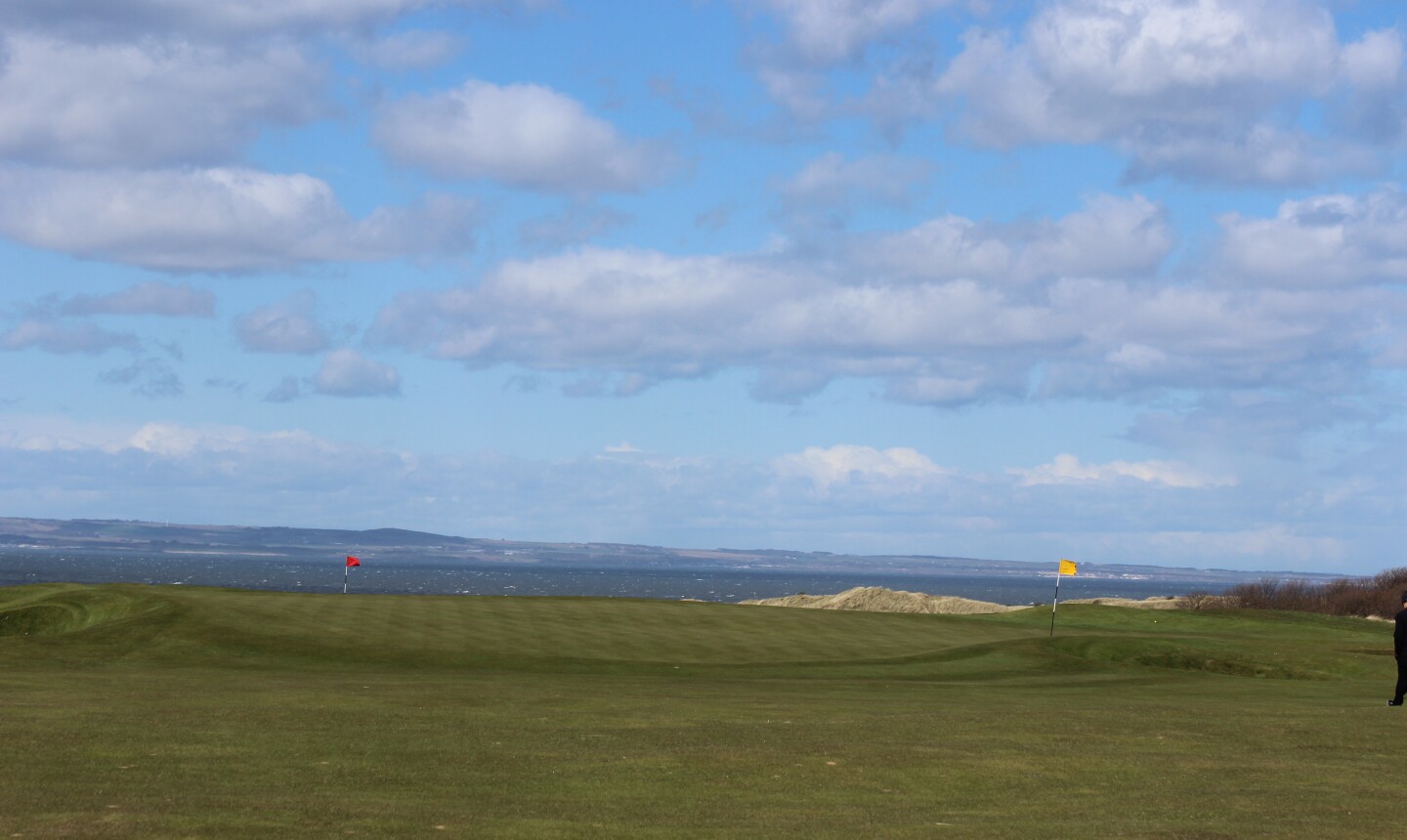 The fifth and 11th greens (left to right) at Muirfield overlook the Firth of Forth. Jason Scott Deegan/Golf Advisor 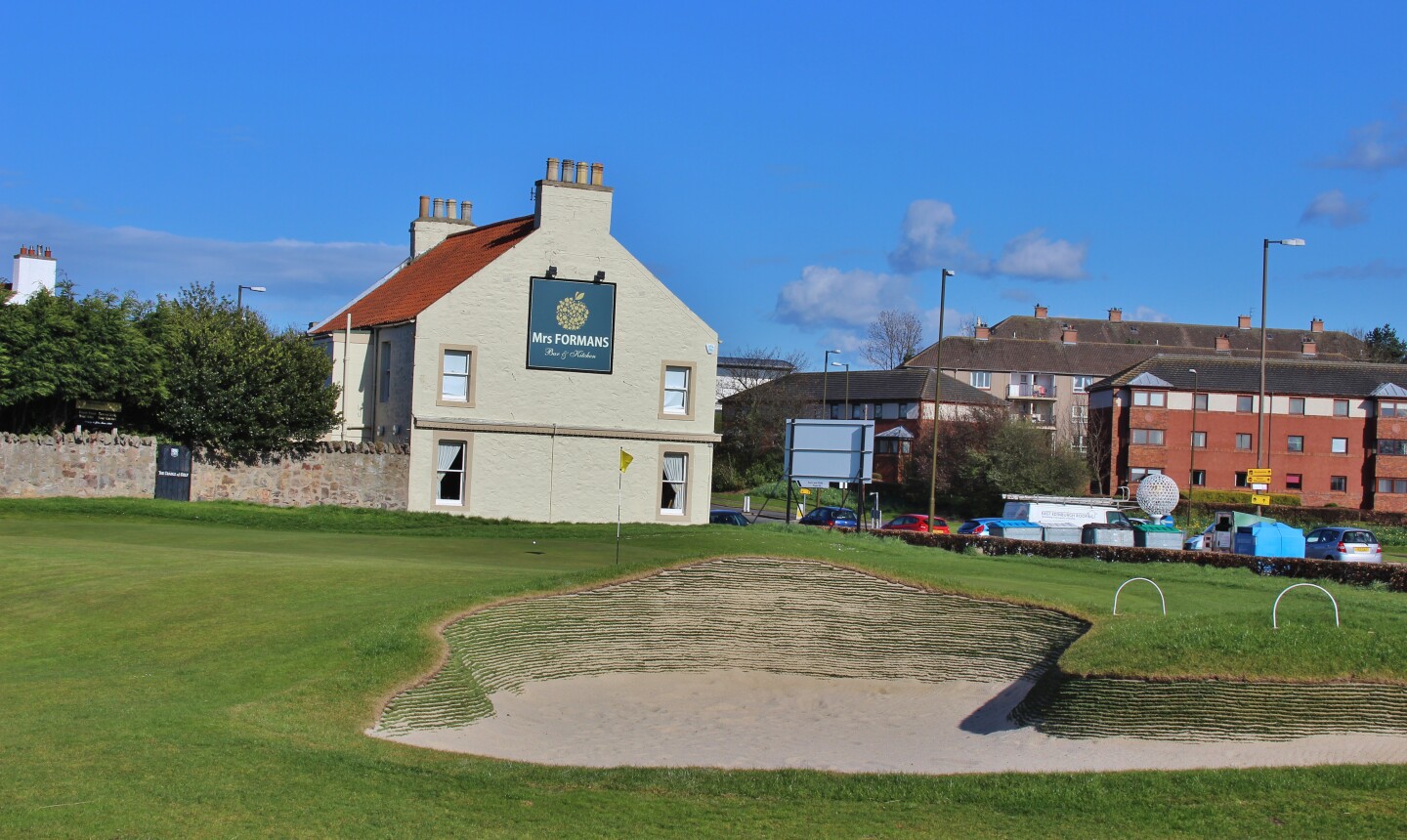 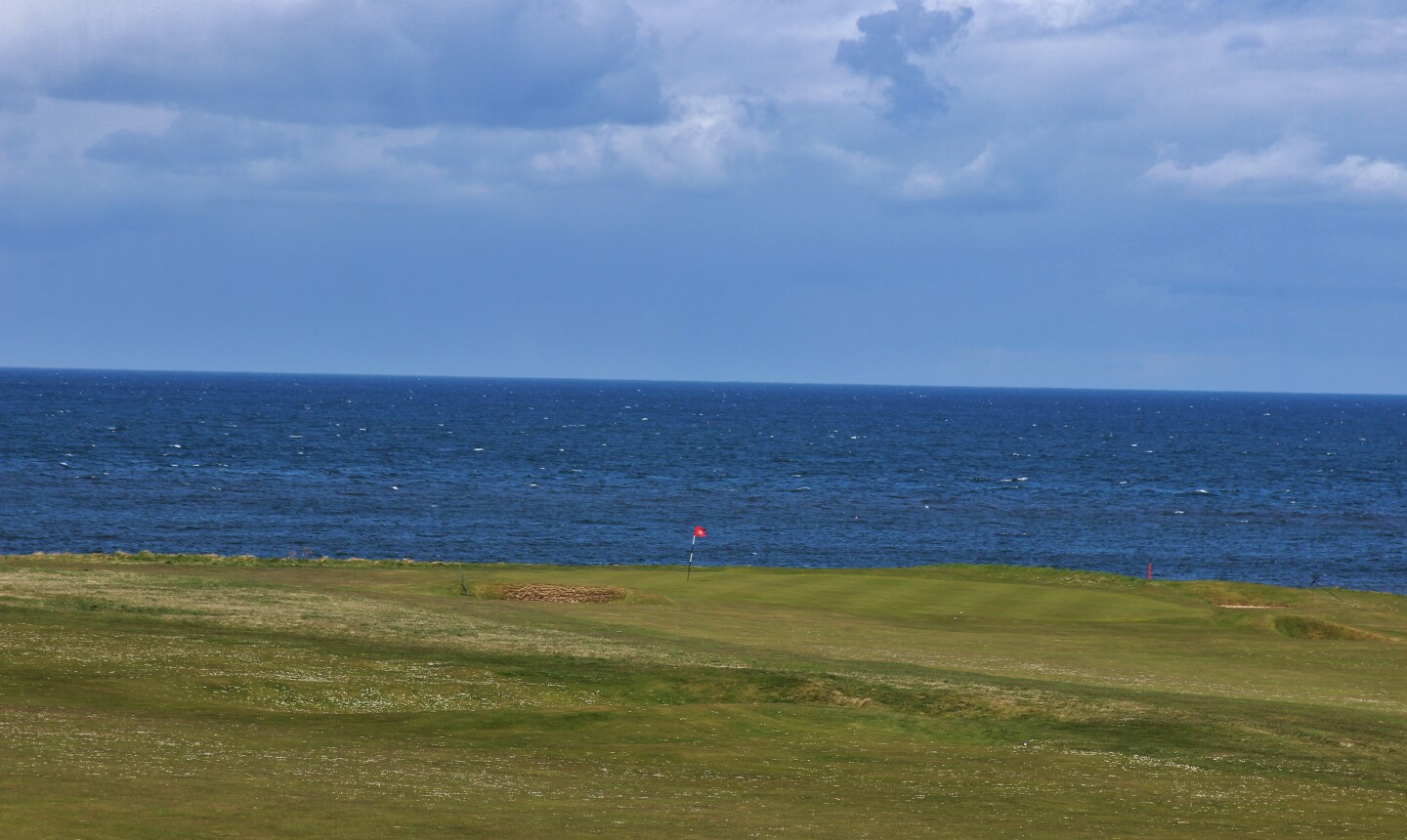 EAST LOTHIAN, Scotland -- St. Andrews gets all the attention from Americans, but East Lothian -- now marketed as Scotland's Golf Coast -- might be the best choice for your next overseas trip.

There are 22 golf courses -- all conveniently located near one another -- and a diverse array of accommodations, from the new rooms of The Lodge at Craigielaw Golf Club to the spoils of the McDonald Marine Hotel & Spa in North Berwick and the Greywalls Hotel and Chez Roux Restaurant in Gullane and the old-world charms of Ducks Kilspindie House in Aberlady.

With the exception of Muirfield, links golf on the southern shores of the Firth of Forth costs less than the headliners of St. Andrews and still delivers similar quality. And it's all just 30 minutes from Edinburgh, Scotland's capital city.

East Lothian boasts its own microclimate. One person I met even boasted that the region is "the driest" in Scotland. I'm no meteorologist, but I can vouch that rain only hit me on one hole (out of 99) on a recent weeklong visit.

Golf historian Archie Baird taught me more about the history of the game in 10 minutes than I ever learned perusing the pictures and pages of the 300-plus golf books stored at my home office. Baird's presentation and private collection inside the tiny one-room Heritage of Golf Museum next to the Gullane Golf Club pro shop is only available by appointment, so plan accordingly.

Musselburgh Links, the Old Golf Course isn't just the oldest course in the world. It's also the most affordable Open venue a golfer can play. Musselburgh, a 2,954-yard, nine-hole par 34 tucked inside the Musselburgh Race Track, hosted the last of its five Opens in 1889. Mary Queen of Scots is said to have played on site prior to surrendering to the Confederate Lords in 1567, although the first documented evidence of golf came in 1672. Hickory clubs are available for rent to foster an authentic old-world experience.

The Dining Room of the Queen Street location of the Scotch Malt Whisky Society is open to non-members, giving guests a taste of the good life inside. Only members can take home bottles, though, so savor every dram served during dinner. Distillery tours are available at Glenkinchie Distillery, founded in 1837 in farm country southwest of Musselburgh.

6. Fun and games at Ducks

Ducks owner Malcolm Duck considers his place more of a "restaurant with rooms" than a hotel. The meals are marvelous, but nothing can top the shenanigans in the bar afterward. Don't be shy when it's your turn to step up onto a bar stool to putt a ball off of another stool. It's great fun. If the room looks like it breaks right to left, you've had too much to drink. Hotel guests don't need to travel far for a good night's sleep.

Of the three courses at Gullane Golf Club, most players come to tackle the challenges of the No. 1 course, where thick rough and wind defeat most mortals. Some of the vistas from the elevated tees of Gullane Hill stretch for miles. The seventh tee looks down upon people walking along the beach, kite surfers riding the waves and the hallowed ground of Muirfield. It's epic.

Dunbar Golf Club might be the most scenic of all the region's courses. It's got great views of the Bass Rock in the North Sea and the Barns Ness Lighthouse. The club is a little isolated from the others but still well worth the journey to savor its dramatic seashore holes.

3. The charms of North Berwick

If a modern architect ever designed the 16th green at The North Berwick Golf Club, he'd be hung upside down by his knickers and pelted with Pro-V1s. The wildest green in golf is just one of the many lovable quirks visitors discover at North Berwick. This cherished links on the Firth of Forth, dating to 1832, is home to the original Redan hole (the par 3 at No. 15) and several shots that play over ancient stone walls.

I only had time for a quick visit to Edinburgh. Tour operator David Callander, the director of The Links Club in Scotland, said that's a common mistake most golf groups make.

"Edinburgh is the most fantastic city to stay in," he said. "If I were doing the trip, my first stop would be an Edinburgh tour for four days. I'd play golf by day and party at night. It's a great venue."

Few golf destinations have a jewel in their crown as special as Muirfield, widely regarded among the top 10 courses in the world. Muirfield, home to the oldest golf club in the world, The Honourable Company of Edinburgh Golfers, will host its 16th Open Championship this July. Visitors are only allowed inside the gates Tuesdays and Thursdays. These rare tee times fill up well in advance, so book early to secure your walk on a treasured links. 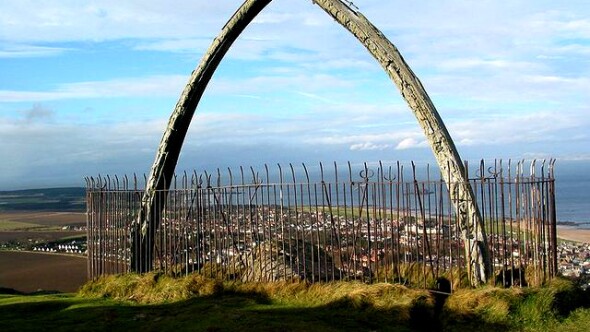 Articles
3 Min Read
Castles, history and sights: Stay busy off the golf course in East Lothian, Scotland
East Lothian, Scotland, just east of Edinburgh, is small but it packs quite a punch with not only golf but plenty of off-course activities as well. Here are a few ideas for a rainy day on your next trip to Scotland, including checking out Bass Rock, touring the Belhaven Brewery, and chatting with local legend Archie Baird at the Heritage of Golf Museum. 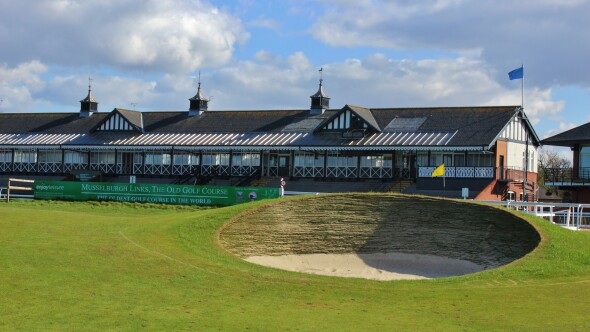 Kira K. Dixon
Lifestyle Correspondent
Now Reading
Top 10 reasons for a golf trip to East Lothian, Scotland's Golf Coast
New Cookie Policy
WE AND OUR PARTNERS USE COOKIES ON THIS SITE TO IMPROVE OUR SERVICE, PERFORM ANALYTICS, PERSONALIZE ADVERTISING, MEASURE ADVERTISING PERFORMANCE, AND REMEMBER WEBSITE PREFERENCES. BY USING THE SITE, YOU CONSENT TO THESE COOKIES. FOR MORE INFORMATION ON COOKIES INCLUDING HOW TO MANAGE YOUR CONSENT VISIT OUR COOKIE POLICY.
CONTINUE
Search Near Me