TPC Sawgrass is hardly the last resort for great golf in the Jacksonville, Florida area 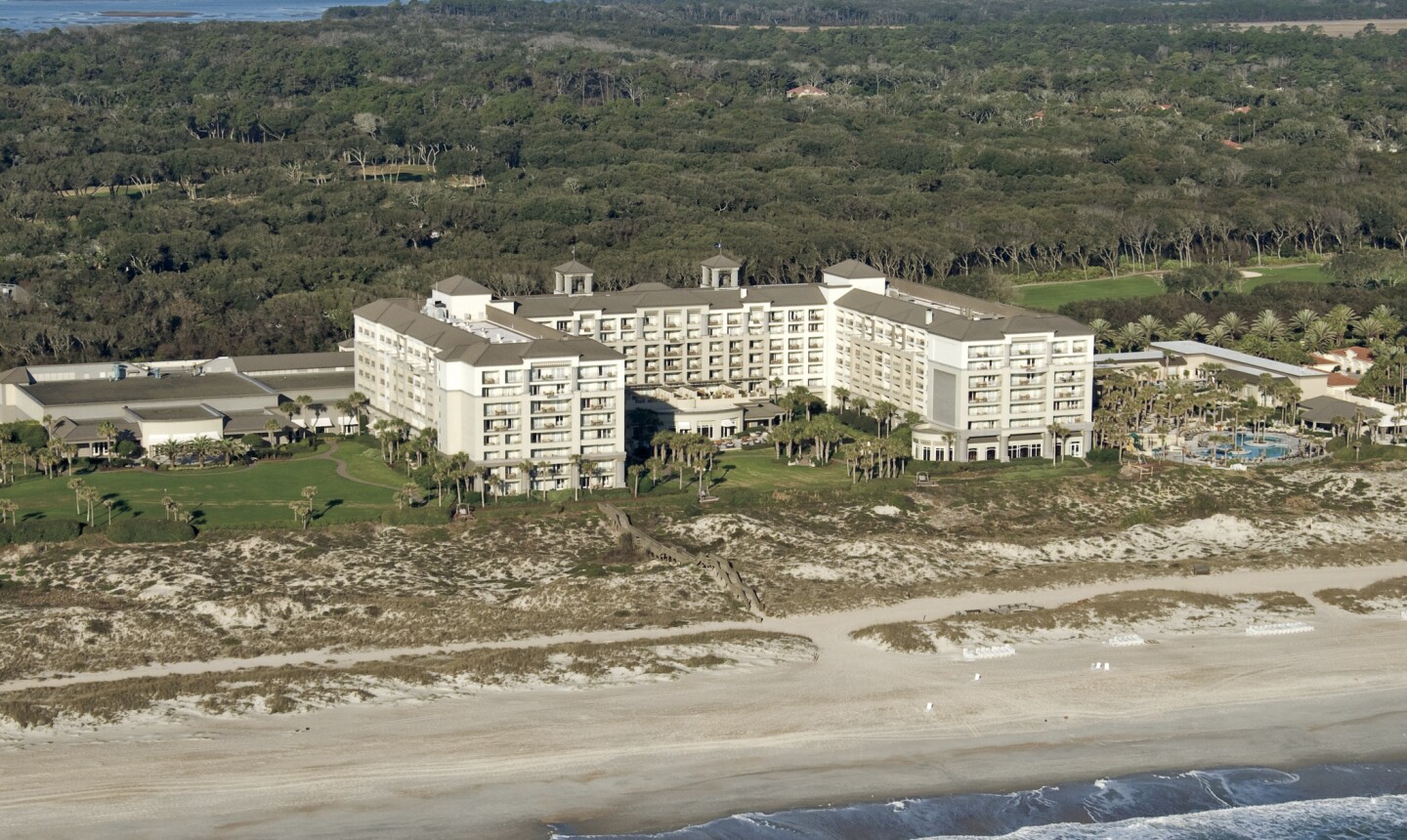 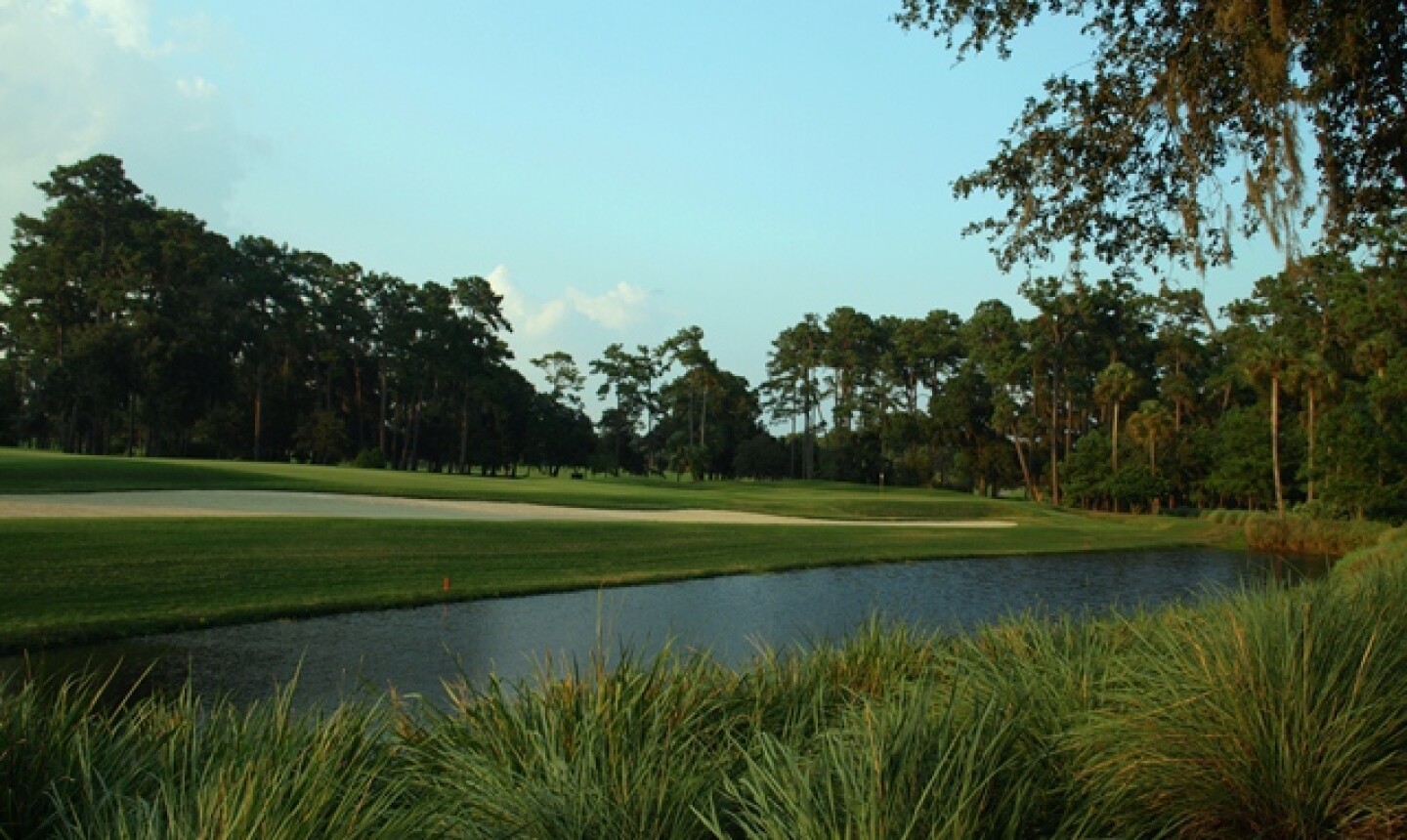 The 448-yard seventh hole on the Players Stadium Course at TPC Sawgrass has all the elements of difficulty -- water, sand, length and dogleg. Mike Bailey/GolfAdvisor 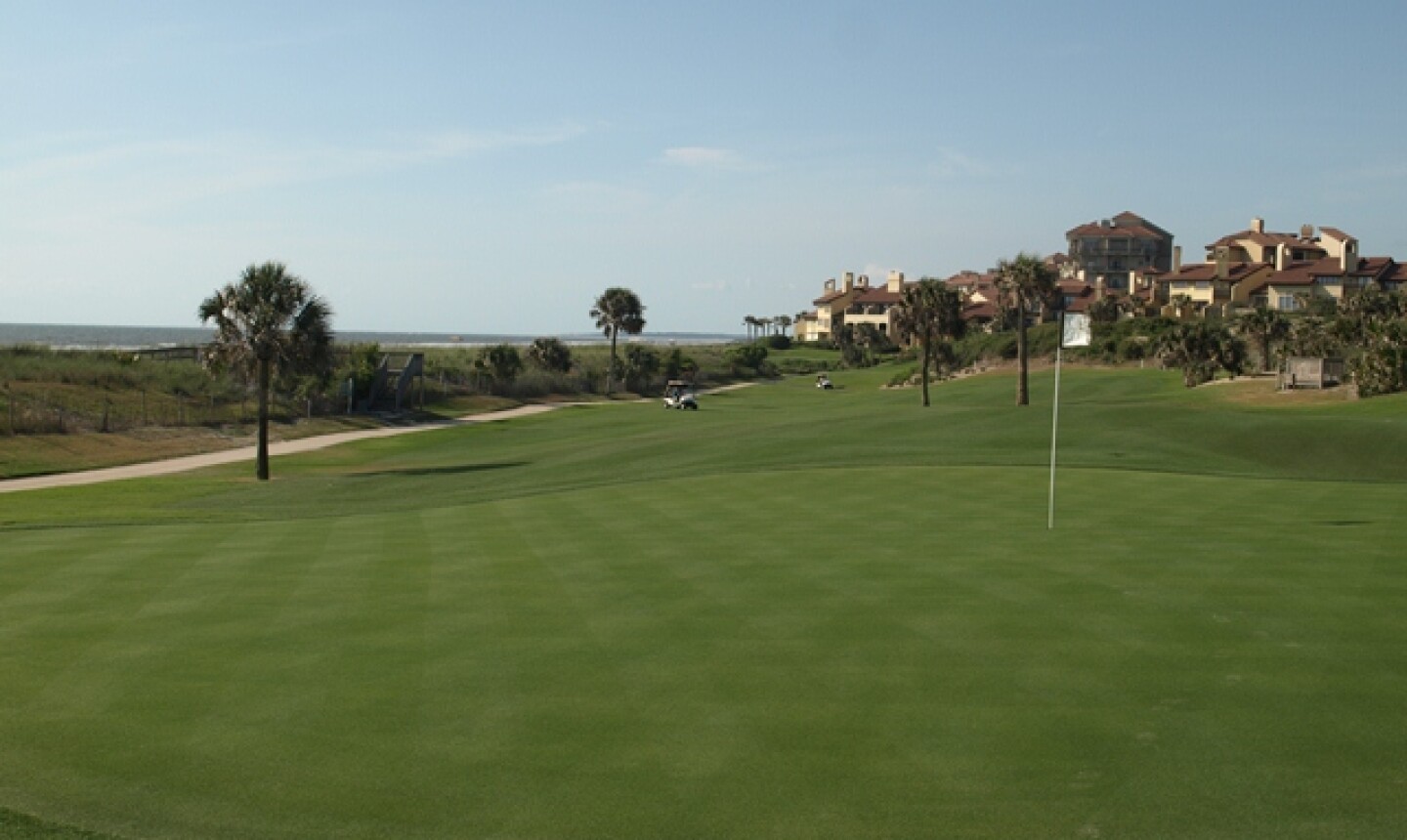 Quite naturally, there are ocean views on the Ocean Links Course at Amelia Island Plantation. Mike Bailey/GolfAdvisor 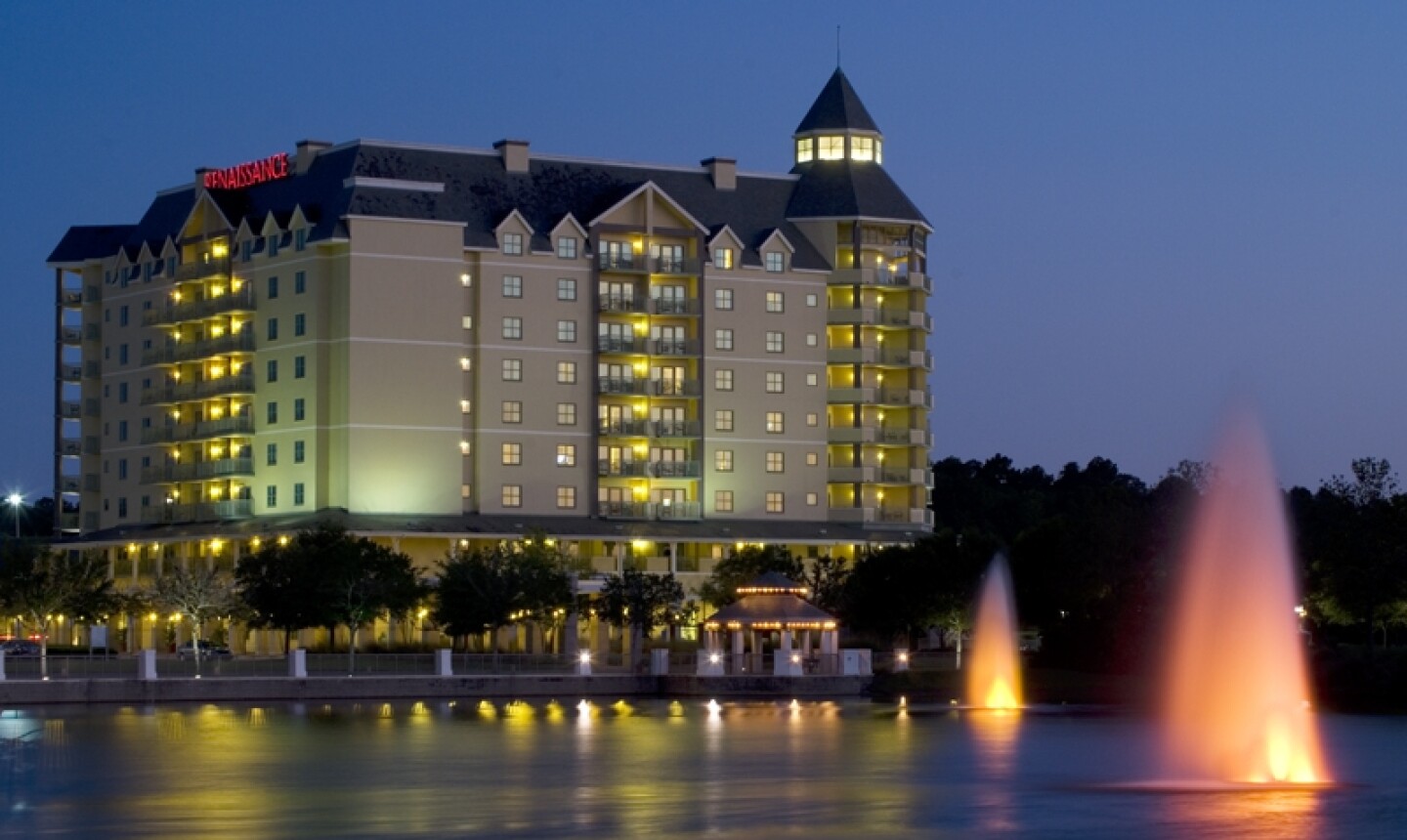 The Renaissance Resort of World Golf Village has 300 renovated luxurious rooms and suites. Courtesy of worldgolfrenaissance.com 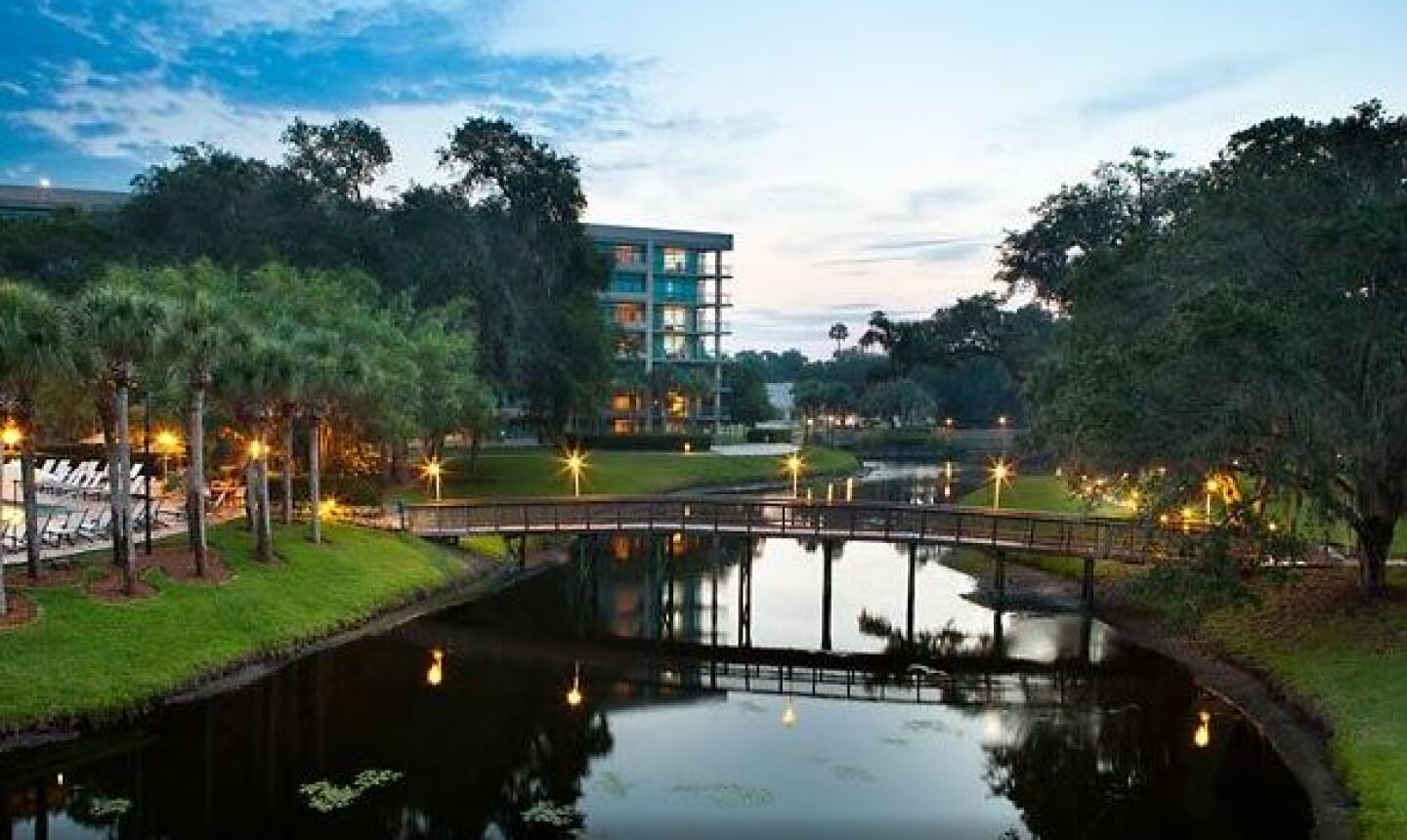 With more than 500 rooms, seven restaurants, lagoons and a Cabana Beach Club, there's plenty to do at the Marriott Sawgrass Golf Resort & Spa. Courtesy of Marriott

JACKSONVILLE, Fla. -- If you're planning a golf trip to the Jacksonville area, there are some natural resort choices, none more obvious than the TPC Sawgrass and Marriott Sawgrass Resort in Ponte Vedra. It's essentially the home of the PGA Tour, but more importantly, it's the site of one of golf's biggest tournaments and most famous courses.

But it's hardly the only choice. In fact, the Sawgrass Marriott technically isn't on site with the TPC Sawgrass, where The Players Championship is contested in May. It's a couple of miles away, but there is a regular shuttle that takes golfers from the resort to the golf. It also is a great base for playing some other really cool golf courses in the area, such as Sawgrass Country Club, which hosted The Players from 1977-81.

Just down the road near St. Augustine is the World Golf Village. And east of Jacksonville is a destination not everyone in America is familiar with but should be -- Amelia Island. Here's a look at some of my favorite resorts on the First Coast of Florida.

Opened in 1972, the 1,350-acre Omni Amelia Island resort recently underwent an extensive $85 million renovation. Among the improvements is a new lobby, which now opens up to an elevated deck of fire pits, an infinity pool and miles of beaches and ocean. The look rivals some of the best seaside resorts in Hawaii and Mexico.

The golf is highlighted by two terrific courses. The Pete Dye-designed, championship-level Oak Marsh Course, set between the hotel and the marshes of the Intracoastal, recently got new greens, a little lengthening and new practice facilities. At more than 7,000 yards, this Pete Dye design is a great test for accomplished players as it winds its way around acres of live oaks and through the marshland, culminating with three fantastic finishing holes.

The Ocean Links Course, designed by Bobby Weed, features five holes along the Atlantic and 13 other good holes that make their way around the lagoons and marshes on the property. The course also has been ranked among America's best 50 courses for women.

Like the Omni, the Ritz-Carlton Amelia Island offers beach access as well, and it's done Ritz-Carlton style, which means no detail was omitted. All 446 guest rooms have private balconies with coastal or direct ocean views. The resort also boasts four restaurants, a lobby lounge, first-rate spa and tennis facilities. The private Golf Club of Amelia Island, to which resort guests have access, is right next to the hotel.

Designed by Gene Littler and Mark McCumber, the golf course is everything you would expect -- great conditioning, fun design and playable for the majority of players. Large greens, majestic oaks and plenty of water, fountains and flora complete the picture of this well manicured, 6,700-yard layout. The club also offers an extensive instruction program at the Academy at the Golf Club of Amelia Island.

If you're going to play the Players Stadium Course at Sawgrass, you might as well book a package and stay at the official resort -- the Sawgrass Marriott Golf Resort & Spa. After all, it's going to cost upwards of $300 to play the Stadium, and that's if you can get a tee time. Fortunately, the Marriott is allotted tee times for its guests, so you can book a package there, which could include the other course -- the Dye Valley Course, which hosts a Web.com Tour event and was recently renovated.

With more than 500 rooms, seven restaurants, lagoons and even a Cabana Beach Club, there's plenty to do and see at this resort, which underwent a $22 million renovation in 2008. Among the improvements: an expanded and refreshed lobby area and lobby bar as well as a new Irish bar. With its open atrium-type look, it's the perfect spot for networking, talking to other golfers or simply relaxing before or after a round of golf at the famed TPC courses, just a five-minute shuttle ride away.

In 2006, the TPC Sawgrass overall underwent a $40 million renovation, and the following year, the facility got its spectacular 77,000-square-foot Mediterranean, Revival-style clubhouse, which offers regular tours of the trophies, artwork and other artifacts contained inside. During your stay, be sure to check out the clubhouse's Nineteen Bar and Lounge -- or you can enjoy fine dining in the Champions Room.

The Renaissance Resort of World Golf Village has 300 renovated luxurious rooms and suites as well as the Grande Villas at World Golf Village, a Bluegreen Vacation Club resort, which overlooks parts of the two golf courses at the resort.

As for golf, one is right next to the hotel and World Golf Hall of Fame, and the other a few miles away in a gated community. The closer Slammer & Squire Course, which pays tribute to its consultants -- Sam Snead and Gene Sarazen -- is by far the easier of the two. Designed by Bobby Weed, the course offers wide fairways, easier greens complexes and fewer forced carries. The King and Bear Course, named for designers Arnold Palmer and Jack Nicklaus, is appropriately difficult considering the pedigree of the two great champions. You'll see design traits common to both throughout, and with plenty of bunkers, water on most holes and some tricky greens, the nearly 7,300-yard course is very challenging. Both courses are always in top condition, as you might expect.

While the golf courses are well above average, the real attraction here, however, is the World Golf Hall of Fame, where the game's greatest are enshrined, and artifacts and exhibits are preserved. Exhibits span the development of the game as well as equipment, memorabilia from the great tournaments and plenty of exhibits on the inductees, including lockers showcasing priceless material donated by the legends and their families.

One resort that doesn't receive as much national attention as Sawgrass is the five-diamond oceanfront Ponte Vedra Inn & Club, but it probably should. After all, it has a lot more history than Sawgrass, having been around since 1928, and the resort itself is right on the beach.

With 250 elegantly appointed guestrooms and suites, an oceanfront fitness center, shopping, horseback riding, tennis and miles of beach, the 300-acre resort is one of the state's premier spots.

The golf courses, which include the Ocean Course and Lagoon Course, are also pretty memorable and both have undergone recent renovations. The Ocean Course, designed by British architect Herbert Bertram Strong, opened in 1928. It was supposed to host the Ryder Cup in 1939 but never did because of World War II. The par-70 Lagoon Course came a little later as a gradual collaboration between Robert Trent Jones and Bobby Weed. In 2007, it was renovated by Bobby Weed. 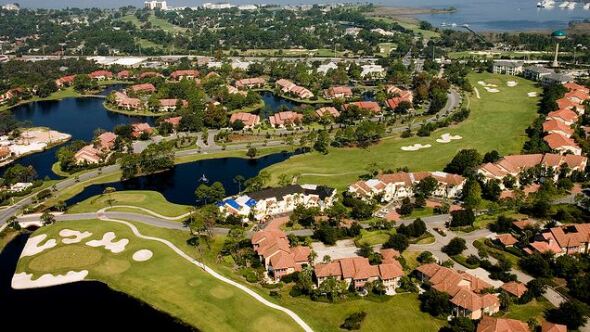 Articles
Like playing golf in the sand and water? Then discover Florida's Emerald Coast
Pure white-sand beaches, fresh seafood, plenty of room, mild weather and more good golf courses than you shake a flat stick at: What's not to love if you're a golfer on vacation in the Panama City/Destin area? Known as Florida's Emerald Coast, the golf scene has come a long way in the last 30 years. Here are five things you should know about the golf in the Destin/Panama City area before you go.
3 Min Read