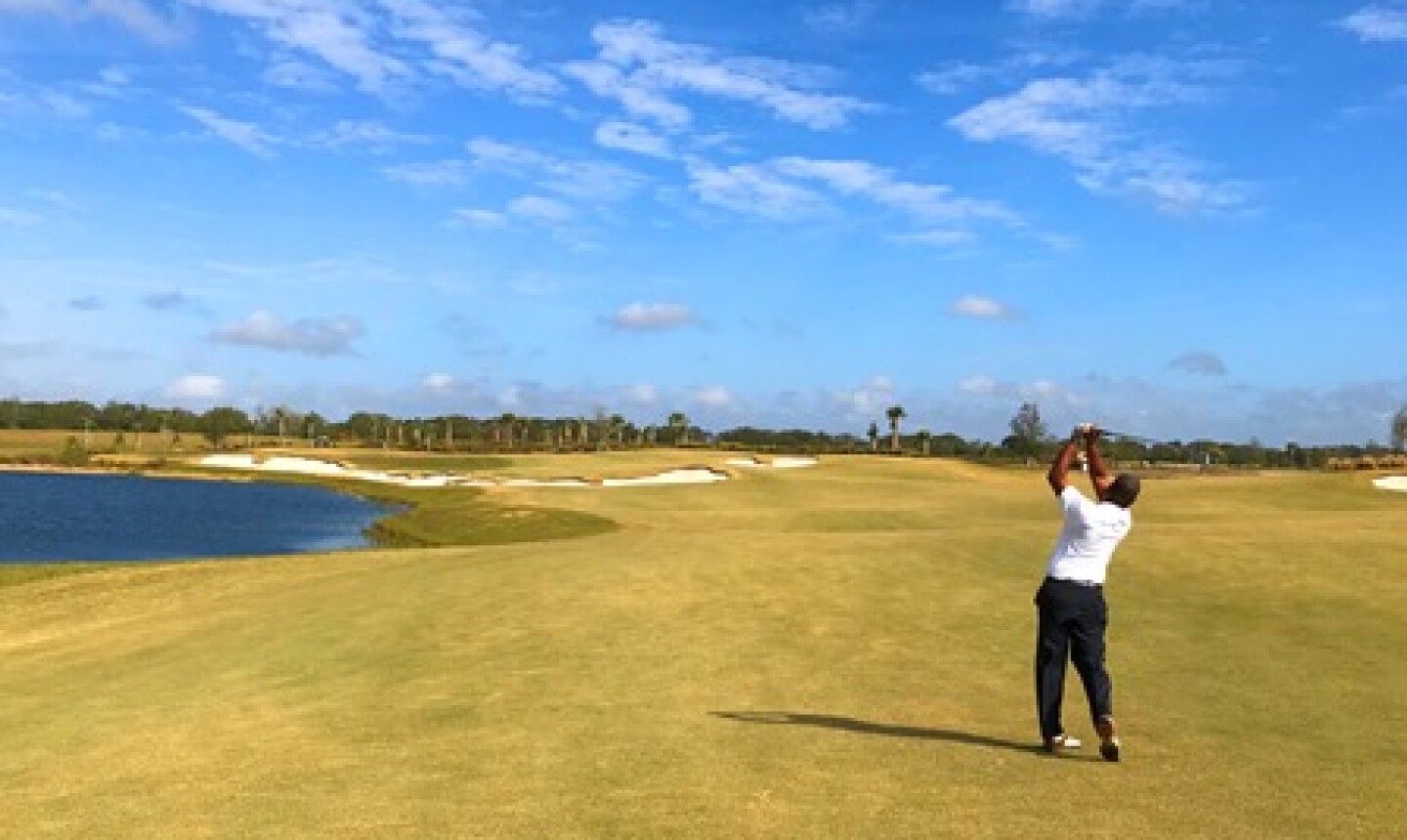 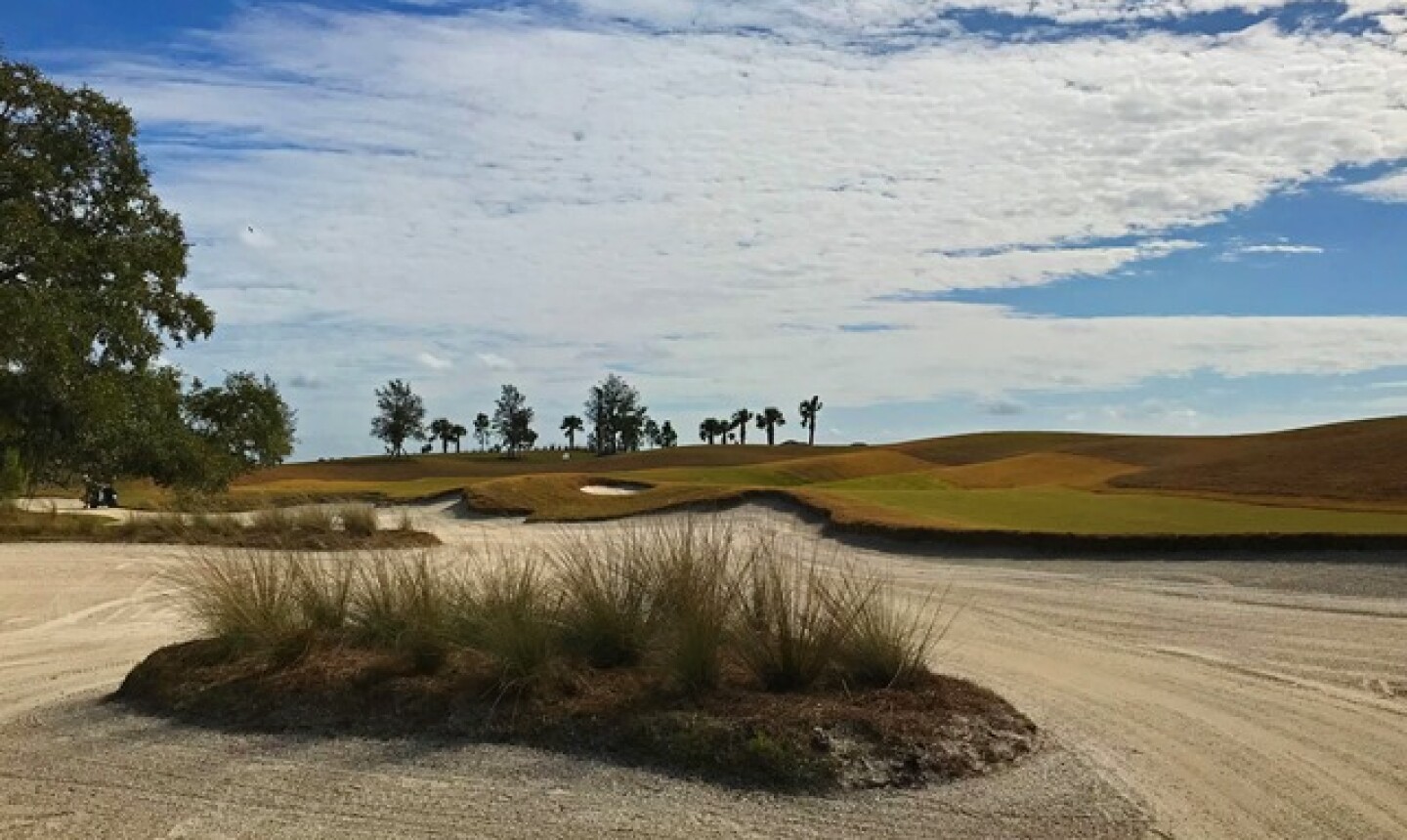 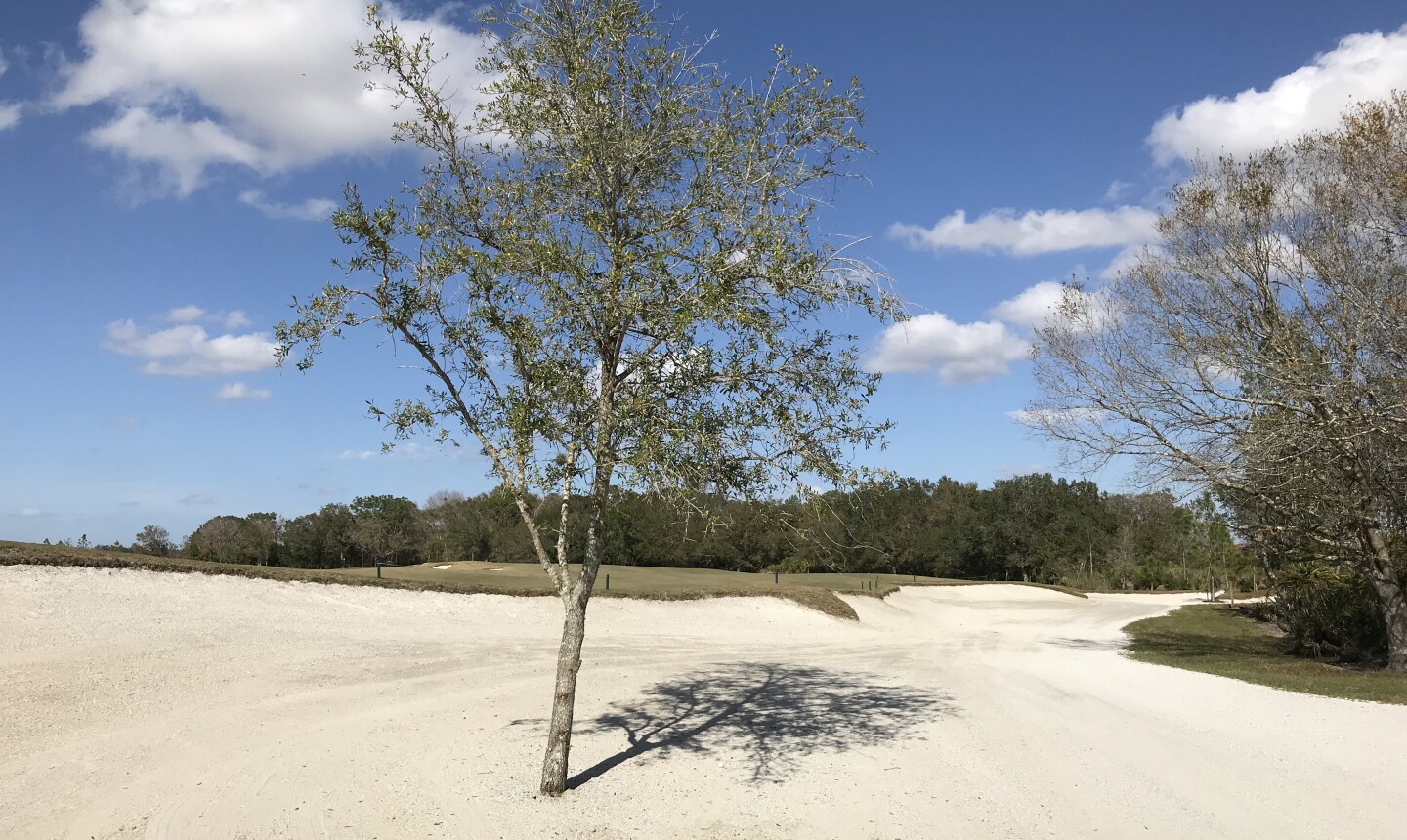 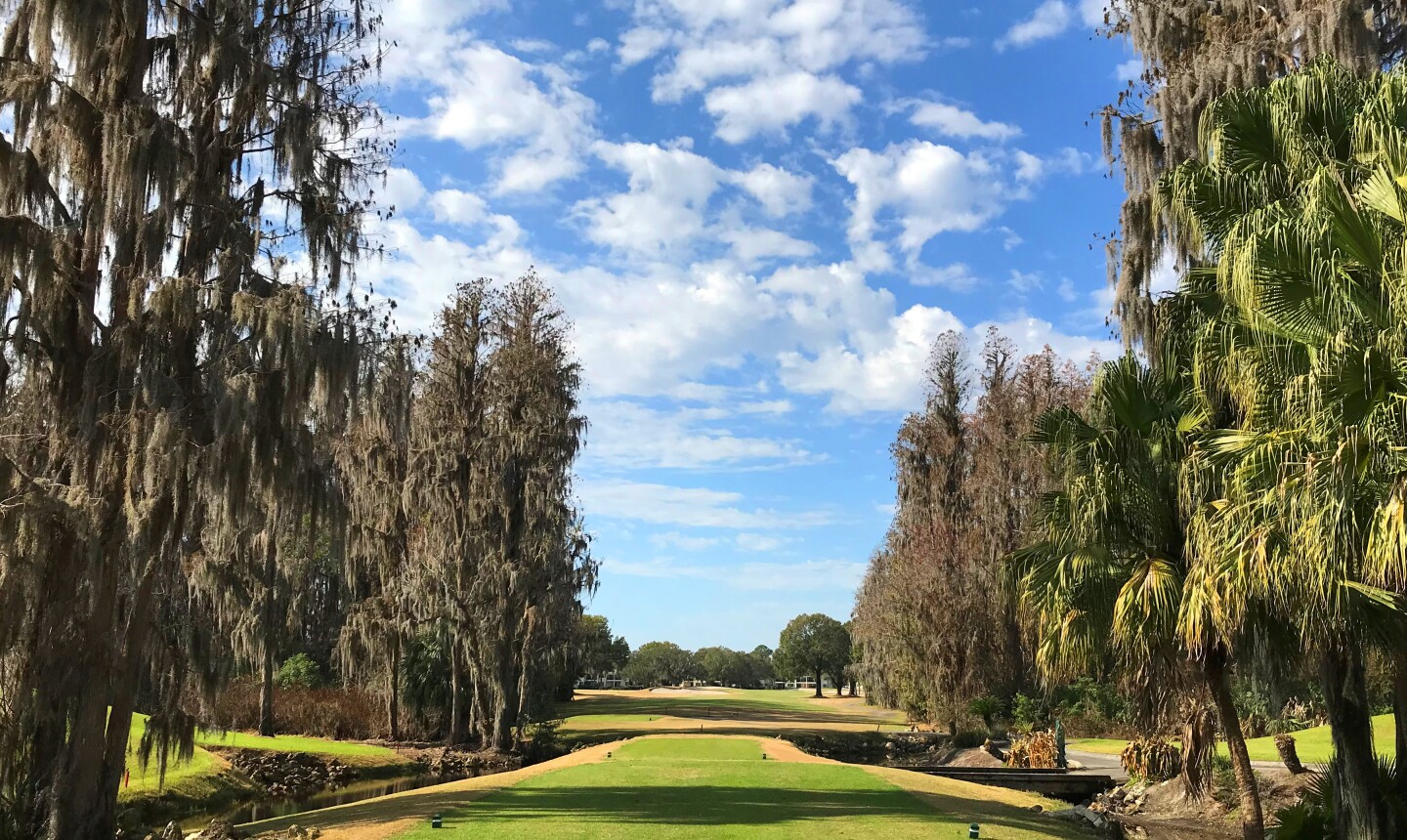 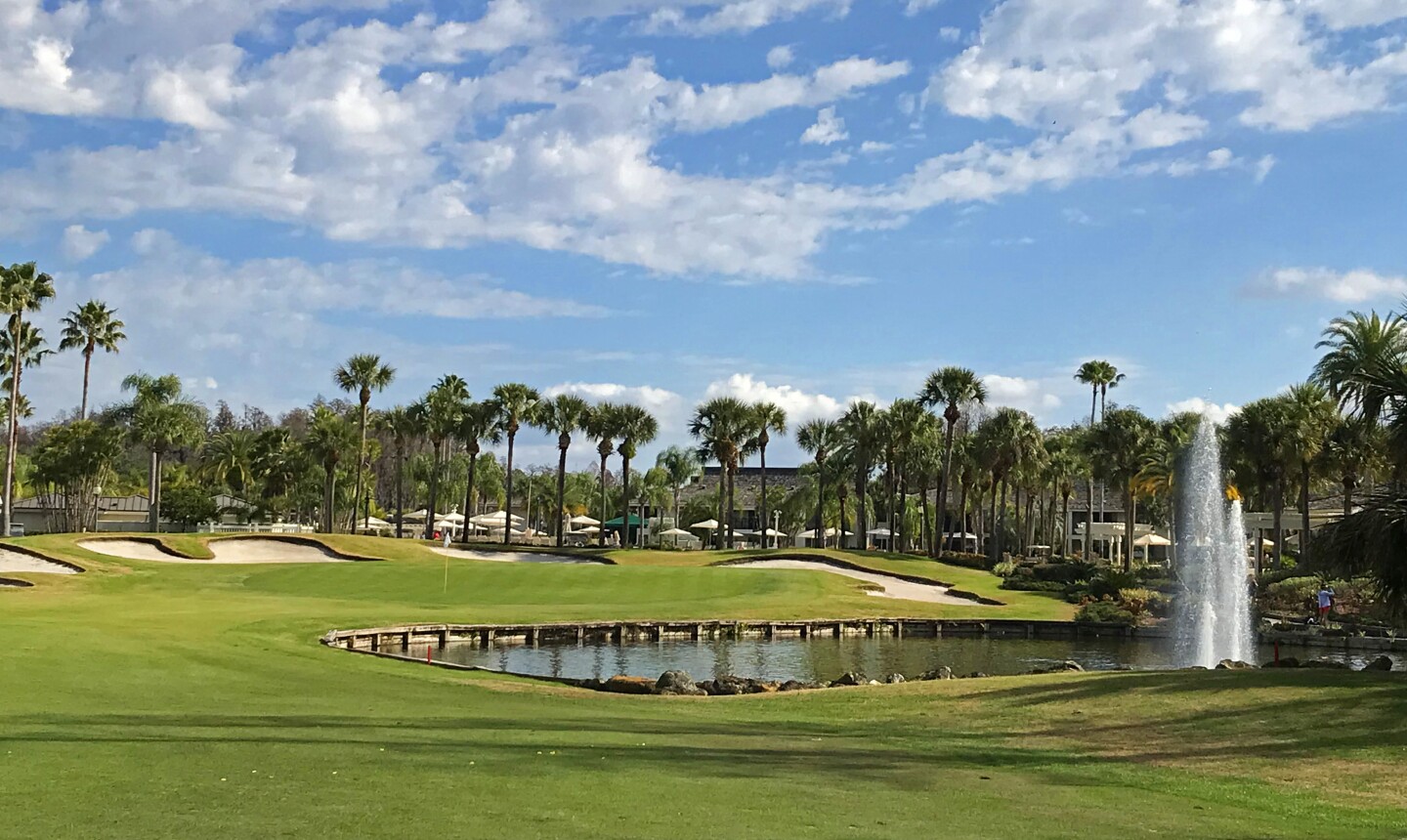 The long par-4 finishing hole is one of the toughest on the course at Saddlebrook. Mike Bailey/Golf Advisor 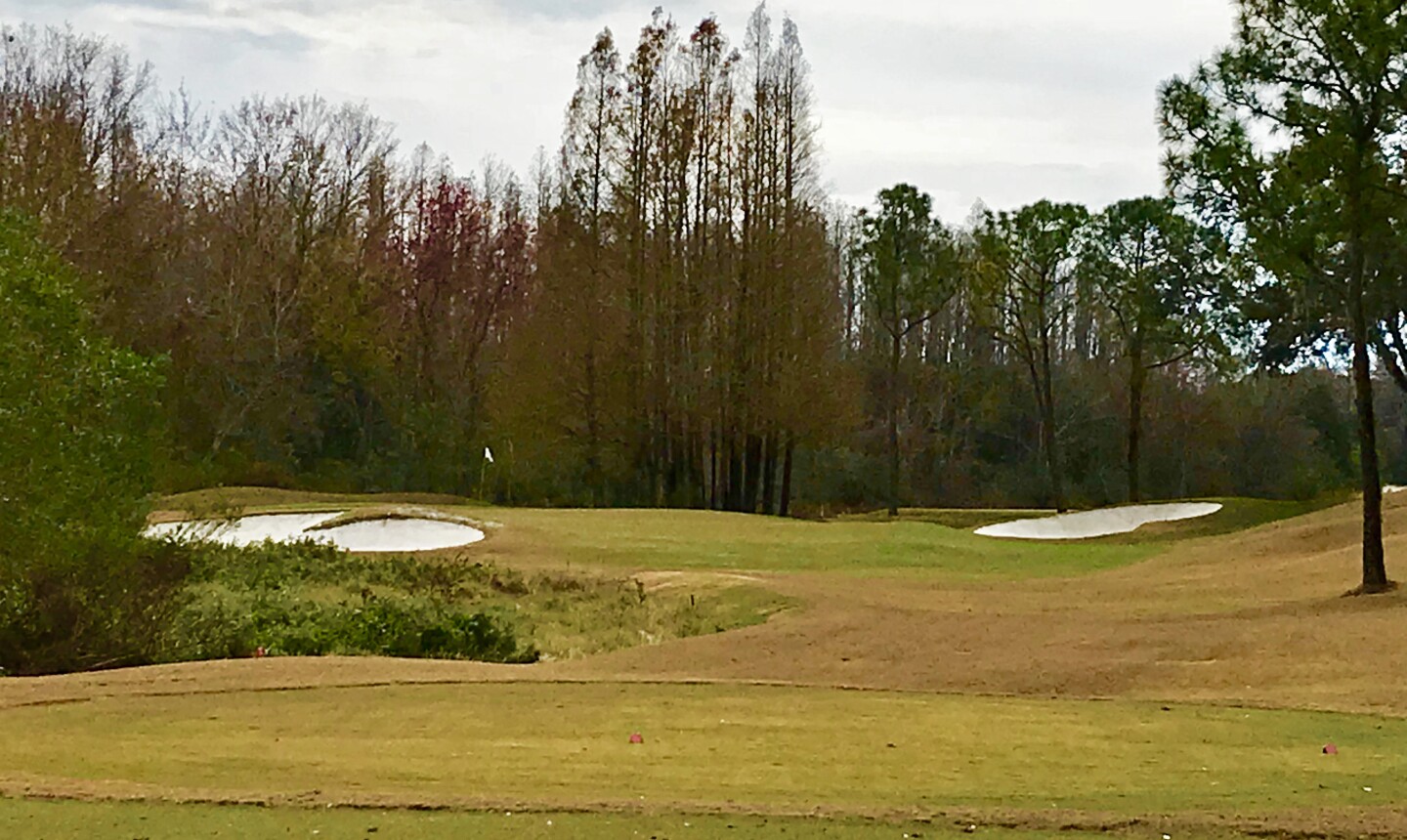 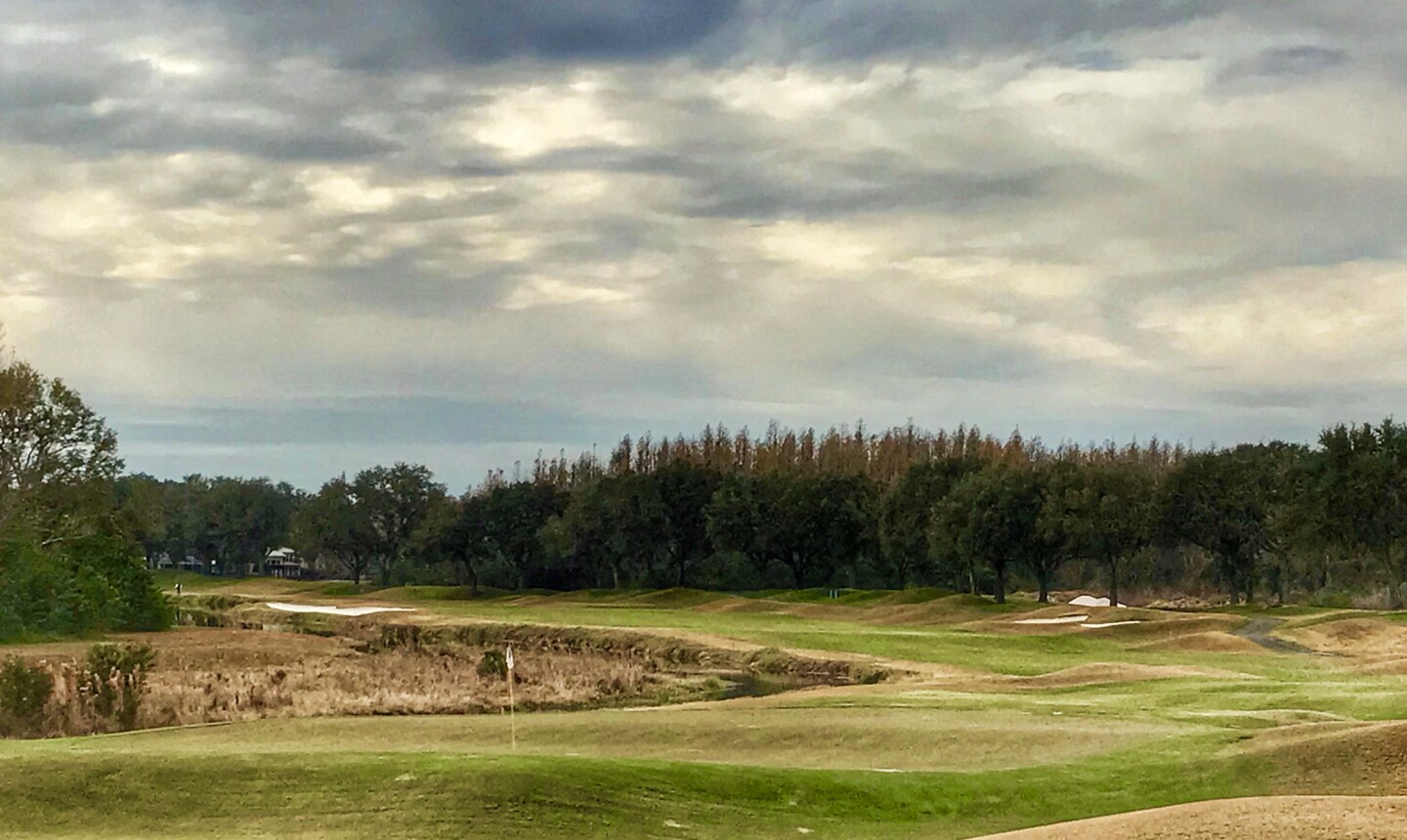 The 440-yard par-5 18th at TPC Tampa Bay is one of the tougher par 4s you'll play. Mike Bailey/Golf Advisor

BRADENTON, Fla. -- Crafted by Arnold Palmer Design's senior architect Brandon Johnson, Lakewood National Golf Club has more going for it than initially meets the eye. At first glance, it looks nice enough. Wide fairways, excellent conditioning, and from the back tees at more than 7,000 yards, certainly a championship layout.

But once you play it, you'll understand that hitting any old part of the fairway or the green just won't do. You want to be coming in from the correct angles and these large greens, with their well though-out undulations, you don't want to miss on the wrong side. And sometimes, being on the green if it's in the wrong spot, is worse than missing the green on the correct side for a manageable up and down.

I got to experience this first hand as semi-private Lakewood National was part of a pleasant long weekend for me recently in the Tampa Bay area. The three days also included the original Saddlebrook Course at Saddlebrook Resort – and the Bobby Weed-designed TPC Tampa Bay. Though I had been to Saddlebrook before and played the Palmer Course there, all three of the courses on this trip were first-time experiences for me.

As for Lakewood National, it seems the majority of people who play it are getting it. Yeah, the greens are difficult if you don't play them correctly, but they're never boring. Said one Golf Advisor reviewer : "I love it and would play there all the time if I lived in the area. It's a must if for no other reason to see a great Arnold Palmer design." (And you can read my review here.)

I had the fortune of playing it with the architect, Johnson, as well as Thad Layton. Both are vice presidents and the senior architects for Arnold Palmer Design Co., which has also designed a companion 18-hole course, set to begin construction this summer for Lennar Homes and the Lakewood Ranch community located between Bradenton and Sarasota.

Love the greens on the year-old @lakewood.national Golf Club in between Sarasota and Bradenton. Check out how course architect Brandon Johnson of #arnoldpalmerdesign plays this second shot on the short par 4 13th. So many options, so much fun.

What I loved about the course is that no detail was overlooked, and no two holes are alike. Perhaps, having Johnson there to explain his thought process on every hole helped me understand it in a way that someone playing it for the first time by themselves wouldn't, but it wasn't hard to get.

It's also remarkable that he took what was a flat piece of ranchland and created so much movement and even some elevation. To get the course to drain, golf course builder Ryangolf dug out several large lakes and Johnson used that earth to raise the fairways above the water, so it's never hidden. Better yet, there's movement in the fairways and plenty of slope on the greens, which if you study, you can use to your advantage. Of course, if you miss on the wrong side, par is almost impossible.

Still, this is a fun golf course with a capital "F." There's a drivable par 4 (the 13th, which I actually drove to eight feet or so, but missed the eagle putt), a huge punchbowl green par 3 (the 12th) and a terrific collection of par 5s. Coquina waste areas are used throughout (there's a tree in the middle of a waste bunker on the seventh, and I found it off the tee), giving the course not only a great look, but reducing the need for cart paths through much of the course.

The tie-ins from fairways to tees is seamless, meaning there are certainly many opportunities to play the ball on the ground, which is important on some holes because the Tif-Eagle greens are fairly firm. Also, there are five sets of tees, which allows forward tee players to avoid all forced carries.

The course has been open a little more than a year and remains semi-private for now. You can figure on a couple of years, it looks like, until it will turn private. Green fees top out around $150 during peak season, but you can definitely get much better rates if you do a little searching on GolfNow. Rates also go down during the warmer months (offseason), which might be the best time to play the course anyway condition-wise.

"Mr. Palmer instilled in us that golf should be fun and architecture should be fun," Johnson said. "I hope we did that through the bold use of contour, a variety of pin positions and certainly width. It's width that allows people to feel comfortable off the tee, but it's meaningful width, which means you have to use a little strategy."

Saddlebrook can be tricky, but it sure is fun

The prior time I was at Saddlebrook I didn't get to play the original course there, but I did drive it with a golf cart and knew I wanted to come back and play it. With its cypress-lined fairways, good use of water features and variety of doglegs, this 1978 Ed Seay/Arnold Palmer design has as much character as you'll find on a course.

At first glance, it might seem a little tight, but it's quite manageable. And although it's just 6,600 yards from the back tees, it's a par 70 (with just two par 5s) that definitely plays longer than its yardage. It serves as a great training ground for the Saddlebrook Golf Academy students that live and go to school at the resort year-round, and it also serves resort and daily fee guests alike with a solid and unforgettable golf experience.

Now, with all that said, I'm not suggesting it's one of the best daily fee courses in Florida. But I do think it's fun, and that always registers for me as a key factor in rating a golf course. In this case, the par 4s are all different, there's a really nice collection of pretty par 5s, and there are good birdie opportunities.

Combine that with a resort that also offers one of the best tennis programs in the country, outstanding dining and one of the friendliest staffs anywhere, and I can understand why people go there year after year.

And finally, after all these years of playing golf in Florida, I finally got to play TPC Tampa Bay, a semi-private club that has a strong membership.

Unlike many Florida courses, TPC Tampa Bay doesn't overseeded in peak season. But that really wasn't an issue for me. It was in pretty good shape, especially considering the tough winter the southeast has gone through this year.

Overseeding in Forida is mostly cosmetic anyway, of course (it's usually just for color). The course played just fine (lies were good in the dormant fairays), and the semi-dormant greens were exceptionally fast. The decision to not overseed also pays dividends in March, April and May because it eliminates transition from winter rye to Bermuda. In other words, the Bermuda coming out of dormancy doesn't have to compete with ryegrass, meaning it will flourish much faster.

Not overseeding TPC Tampa Bay wasn't always the case. From 1992-2012, the course was home to the PGA Tour Champions Encompass Insurance Pro-Am , so naturally, it was overseeded for that event to look and play its absolute best. That was when the likes of Jack Nicklaus, Bernhard Langer, Tom Watson and, of course, Arnold Palmer brought their best to this par 71 course, which stretches out to just under 6,900 yards. It featured one of the toughest par 4s on the tour at the time, the 484-yard ninth, which presents plenty of trouble down the left side to go with its length. The 18th, which is around 450 yards and features an approach carry over water to a difficult green, is one of the better finishing holes you'll play.

As for the rest of the course, it's a solid, Florida test. There's plenty of water and bunkers and trees, and to be successful, you have to navigate through those obstacles, which means shot selection off the tee is paramount. The greens have plenty of movement, too, so you have to pay attention to the slopes once you get to the putting surfaces. All-in-all, the TPC Tampa Bay may not be flashy like TPC Sawgrass, but it's a golf course that I could play every day and enjoy.