I'm not supposed to be here

NEWCASTLE, Northern Ireland – I’m not supposed to be here. This is a feeling with which I am intimately familiar, and that’s probably why I’m not yet panicking as I walk back and forth between the Slieve Donard Resort and Royal County Down, which has been closed thanks to heavy-overnight and persistent-morning rains.

I am in Newcastle as Golf Advisor’s most recent envoy to Northern Ireland and handling my rain delay with the utmost professionalism – namely, by raiding the RCD pro shop as I field requests from back home for logoed merch: hats, quarter-zips, etc. But I’m starting to get a little nervous.

The projection from the pro shop has just gone from, “Oh, we’ll be open to shortly,” to, “I don’t know if you’re getting out today.” Both my travel itinerary and the tee sheet confirm that, actually, I am supposed to be here, even if there’s a growing part of me that feels like I’m still a 15-year-old trying to sneak on a private track somewhere outside Philadelphia on a Monday. That’s when and where this general dynamic started in earnest. Somebody who knew somebody who knew somebody would tell me and a couple other caddies that we can totally get on at Posh Club X. It was Six Degrees of (an assistant pro named) Kevin Bacon. Forty-seven percent of the time, this arrangement resulted in us being kicked off as we made the turn. (“Who the hell is playing through the grounds crew on 9 right now?”)

As I got older, there was less direct trespassing involved, but obstacles remained. Before the 2013 U.S. Open, I spent a good week sweating out whether or not I’d get the chance to finally play Merion. I had wormed my way onto the local Media Day list as an alternate and was left to root for some non-life-threatening ill to take down whoever remained ahead of me. Lo and behold, I secured my starting time just as the rain began to fall (this will be a common theme). Word spread that there was no way the USGA was going to let a group of local hacks rip up the East in the rain six weeks before a major championship. Bless them, they did, although I still spent 4 ½ hours waiting for someone in a cart to drive up and pull us off.

A few years later, I was in Columbus, Ohio, covering the Memorial. I was to hang around two extra days, to report from U.S. Open sectional qualifying on Monday and to play Scioto with a good friend on Tuesday. As rain delayed the start of the 36-hole marathon on Monday, that familiar feeling came flooding back: They’re not going to finish today. The weather for tomorrow looks dodgy. I’m not going to play, am I? Luckily, they did, it wasn’t, and I did. Like I said, 53 percent of the time, everything works out just fine.

It’s just that no matter how old I get, no matter how many excellent opportunities this job affords me, I don’t think I will ever shake the feeling that I am not supposed to be here. I’m still a teenager, standing in a Wawa, plotting where to park so that no one will notice the group of opportunists putting on their spikes and racing to the first tee before anyone asks questions like: Who are you and what are you doing here?

When we get the all-clear to go at County Down after a 2 ½-hour wait, we need to go immediately. I’m frantically texting others on the trip, telling them to race back from the coffee shop across the street. I’m slamming down a ham and cheese sandwich. I’m racing back to the course, in the rain, clubs on my back. There’s no time to hit balls. There’s no time to hit a putt. It’s the same as it ever was.

We spend the afternoon battling the wind and the rain. The rain slows on Nos. 5-7 only to return with a force for the remainder of the round on 8. On the 13th tee, a colleague shoves a piece of cardboard he unwrapped from around a piece of pound cake into the heel of his spike to add a layer between his shoe and his growing blister. My rain gloves surrender a hole later. As we walk up 18, we are greeted by a temporary water hazard that has gathered in front of the green.

And as we walk off the golf course, for the first time in more than 24 hours, the sun comes out.

Because of course it does.

Photos from a stormy day at Royal County Down 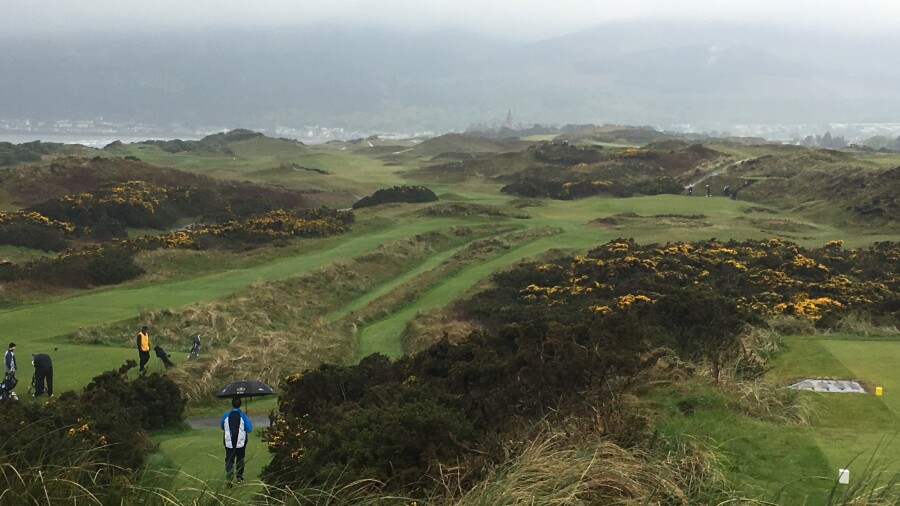 Overlooking the par-3 4th hole on a gloomy day at Royal County Down. Nick Menta/Golf Advisor 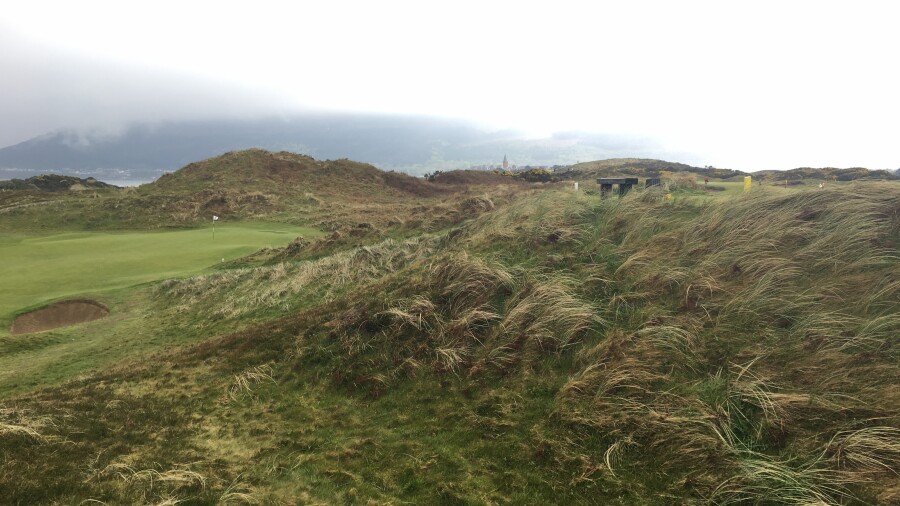 Wispy fescue is never far off the fairways or greens at infamous Royal County Down. Nick Menta/Golf Advisor 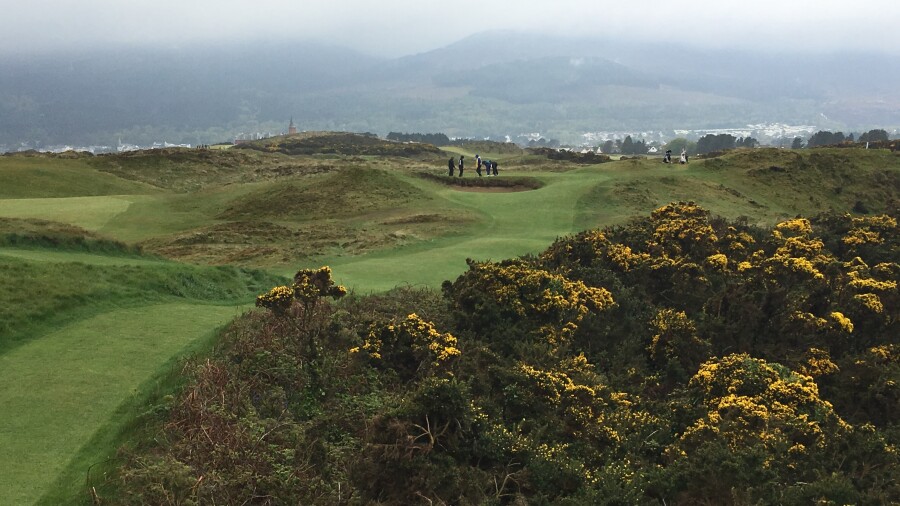 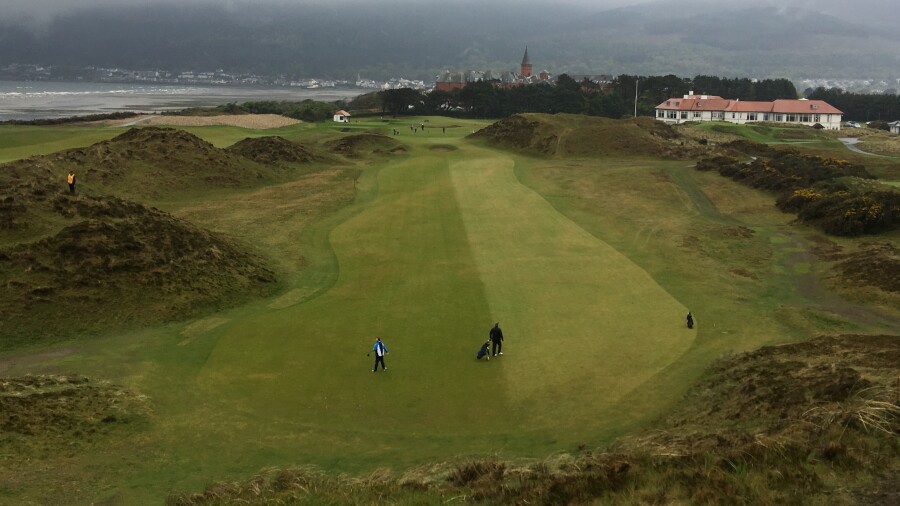 View from the crest of the 9th hole at Royal County Down. Nick Menta/GolfPass 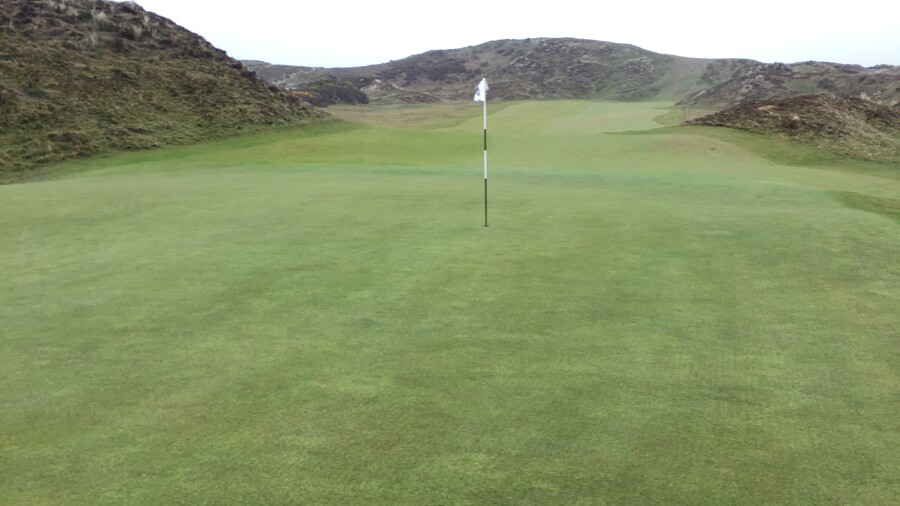 View from behind the 9th green at Royal County Down. Nick Menta/Golf Advisor 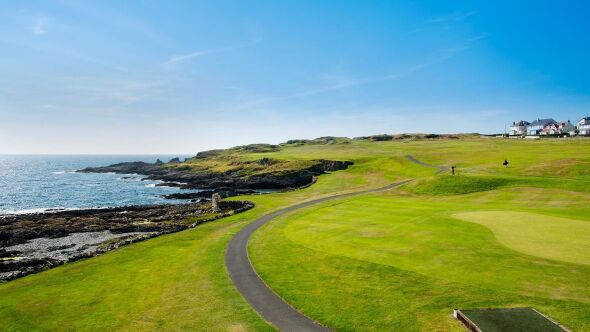 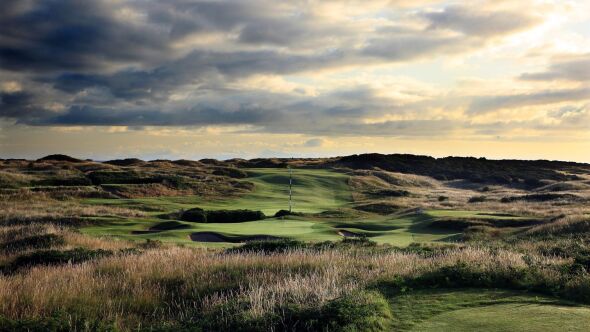 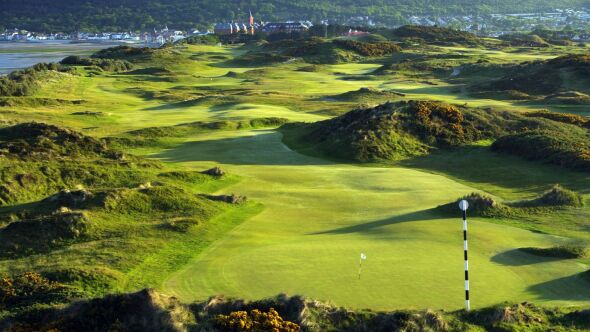 Nick Menta
Nick Menta joined Golf Channel in 2014 and is an associate editor for GolfChannel.com. A graduate of Temple University, he spent three years at Comcast SportsNet Philadelphia covering college athletics for CSNPhilly.com before joining Golf Channel. He has also contributed to NBCOlympics.com and GolfAdvisor.com. Menta has separately freelanced for both The Associated Press and Yahoo! Rivals.
0 Comments
More from the author 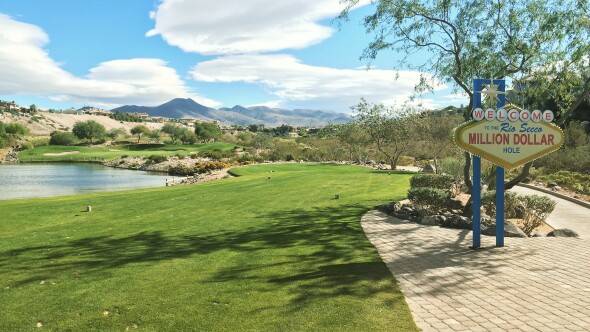 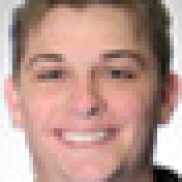 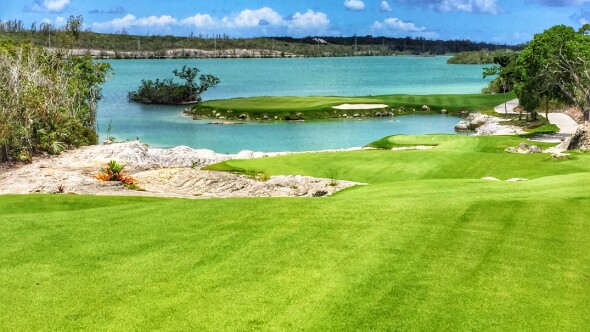