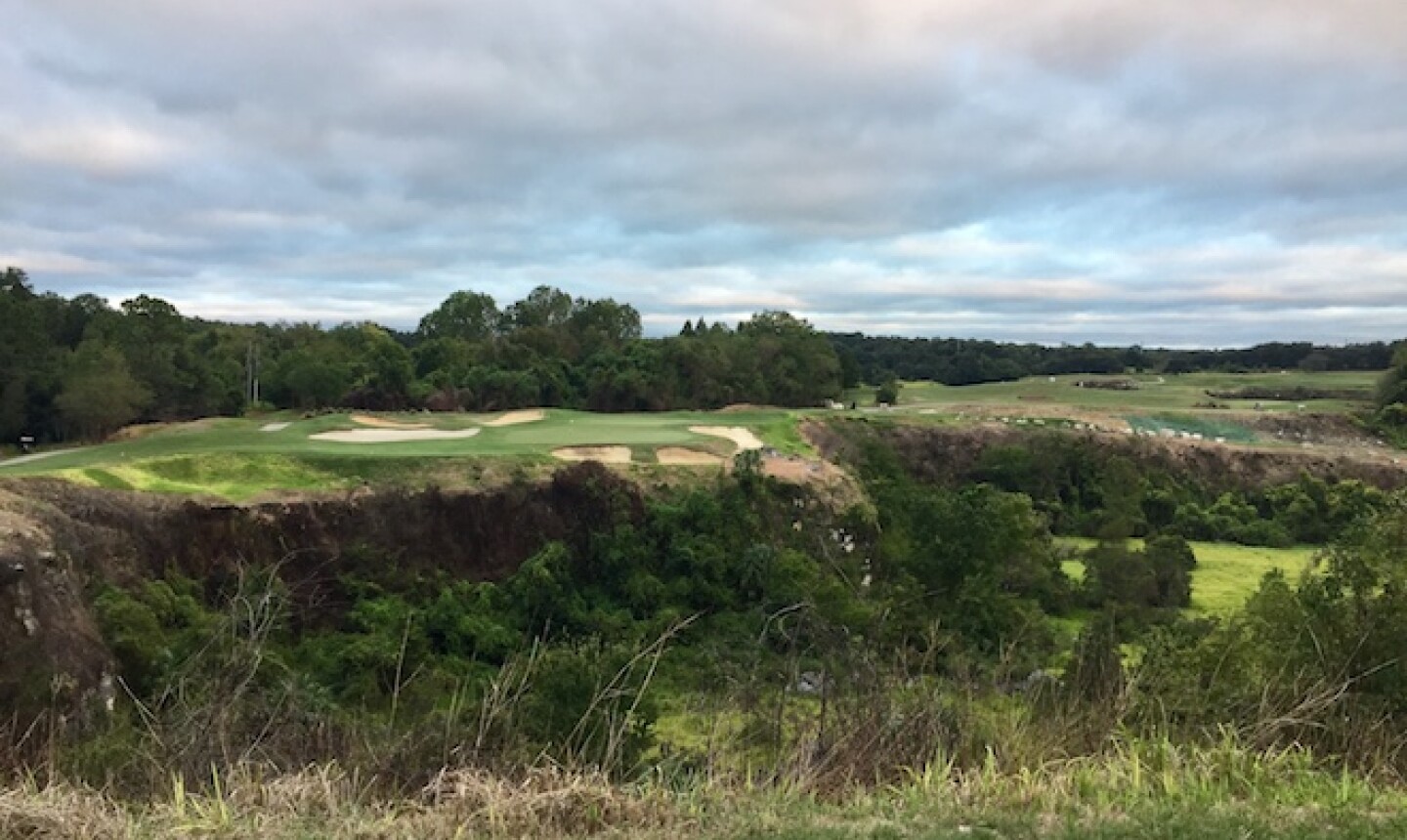 Black Diamond Ranch's Quarry Course features a stretch of unforgettable holes on the back nine, starting with the par-3 13th.

That's because it can help you play dozens of private golf courses in 2017.

It centers around your local golf association, either at the local or regional level.

Golf associations across the country organize series of one-day golf tournaments throughout the golf season. The majority of them take place during the week - quite often on Mondays, when courses would be otherwise closed - but some take place during weekends.

They're a win-win-win situation:

Golf associations get to promote the opportunity to play private courses as an amenity for members...

The courses themselves can generate some extra revenue on low-traffic dates, and they can show off to prospective members...

And last but not least, golfers get access to courses they wouldn't otherwise get to play.

They're usually pretty casual. In many cases, they're net events (with gross divisions available for better players), so as long as you have an established handicap - a main feature of membership to your local or state golf association - you should be good to go.

That said, a lot of one-day events will have optional skins games, and part of your entry fee will go towards prizes for top finishers in each division, so they strike a good balance between competition and recreational fun.

Note: Golf associations may have maximum handicap thresholds for their events. For example, the Florida State Golf Association sets a GHIN index of 24.0 for men and 34.0 for women.

Another point: many golf associations allow participants in their one-day events to form their own groups, so if you want to play in one with your normal foursome, you don't have to be split up.

Cost is actually one of the best reasons to seek out one-day events in your area. Since they bring dozens of avid golfers to courses, associations are able to get big discounts off the normal high guest fees at private golf courses and pass the savings on to you.

A prime example: the Florida State Golf Association is holding a one-day event on March 27 at the Quarry Course at Black Diamond Ranch, ranked #168 on Golf Digest's latest ranking of America's top 200 golf courses, and #132 on Golfweek's list of the best "Modern" (post-1960) courses in the country.

The cost for golf, cart, range balls and prizes: just $100, which is an absolute steal to play one of the best private courses in the country in prime, end-of-winter season.

Not a problem. A lot of state golf associations (see below) allow players from out-of-state to join and therefore apply to play in one-day events.

Black Diamond Ranch's Quarry Course is the top-ranked venue on the FSGA's one-days schedule in 2017, but here are some other great private courses the series will be visiting:

April 3 - Adena Golf Club, Ocala ($120 entry)
Unfortunately, this event is fully-booked, but it's worth noting that Adena, which opened in 2015 and was built by Canadian billionaire Frank Stronach (who hired one of Augusta National's top agronomists) is ranked #103 on Golfweek's Modern list.

May 11 - Sara Bay Country Club, Sarasota ($55)
It costs just a Grant and a Lincoln to play a classic Ross course? That's a no-brainer.

October 19 - Capital City Country Club, Tallahassee ($50)
Classic golf lovers should relish the opportunity to play Florida's only surviving A.W. Tillinghast course in the fall, especially at such a great rate.

Here are some other standout one-day event venues from other golf associations around the country:

June 26 - Club at 12 Oaks, Holly Springs ($140; Four-Ball Event)
Fans of Jack Nicklaus courses will want to sign up for this event, at a Golden Bear-designed course outside of Raleigh.

July 10 - Country Club of Waterbury ($75)
One of a number of great Donald Ross courses you likely haven't heard of, Waterbury has the added quirk of being a par-69 course. But it's no pushover - the course measures more than 6,500 yards from the back tees, with six par fours longer than 420 yards and two par threes longer than 225 yards.

April 2 - Top Golf, Alpharetta ($50)
Okay, this is not a private golf course, but it's noteworthy that a state golf association is hosting one of its "Member Play Days" for two hours at Top Golf, the golf-meets-skee-ball-meets-bar craze that's come to many major metropolitan areas.

July 24 - TPC Sugarloaf, Duluth ($65)
Sure, it's the middle of the Georgia summer, but pro golf buffs will enjoy playing this Greg Norman-designed course which used to host the PGA Tour and now hosts the PGA Tour Champions each year.

May 22 - Whitinsville Golf Club ($80)
Whitinsville is regarded by many as America's greatest nine-hole course. Bay State golfers will get to go around the Donald Ross-designed layout twice to decide if the rumors are true. Golfweek ranks it #89 on its Classic list.

October 24 - Pocasset Country Club ($80)
You seemingly can't walk a mile in Massachusetts without happening upon a Donald Ross-designed course. Pocasset, out on Cape Cod, is another of his great designs.

May 15 - Irondequoit Country Club, Pittsford ($170 per two-person team)
Irondequoit is a half-Donald Ross design in suburban Rochester that dates back to 1916, with the second nine holes added in 1952.

July 18 - Yahnundasis Country Club, New Hartford ($95)
Walter Travis, one of American golf's early greats, won the U.S. Amateur in 1900, 1901 and 1904. He also designed a relatively small but high-quality group of courses, including the exclusive but highly-touted Garden City Golf Club in Long Island and Ekwanok Golf Club in Vermont. Yahnundasis is another Travis gem, with undulating greens and Travis' trademark "chocolate drop" mounds in abundance.

September 11 - Orinda Country Club, Orinda ($125)
A few years ago, Kyle Phillips transformed California Golf Club of San Francisco from an merely good course into one of the best in the western United States. More recently he lent his touch to Orinda, originally designed by Willie Watson. Now it may be one of the coolest courses you've never heard of.

October 21 - Walden on Lake Conroe Golf Club ($TBD)
Golf Digest ranks this Bruce Devlin/Robert Von Hagge design outside of Houston #25 on its list of the top courses in the Lone Star State.

Have you ever played in a one-day?

Is your local, regional or state golf association opening up some sweet private golf courses to its members this year? Tell us about it in the comments below!

The NCGA events are great but almost impossible to get into if you don't sign up the day that sign ups open. This generally is the monday of MLK so plan accordingly.

What about the one-day events in Maryland?

Stephen--
Different golf associations have varying rules about how to join and play in their events. In some state, you will need to maintain a handicap in-association *and* reside in the area, but this is not universally true.
--Tim

Are all the events listed open to outsiders?
Thank You!

Do you ever get deals for courses in Ontario Canada