What's over there? More Scottish links golf to be discovered west of Troon 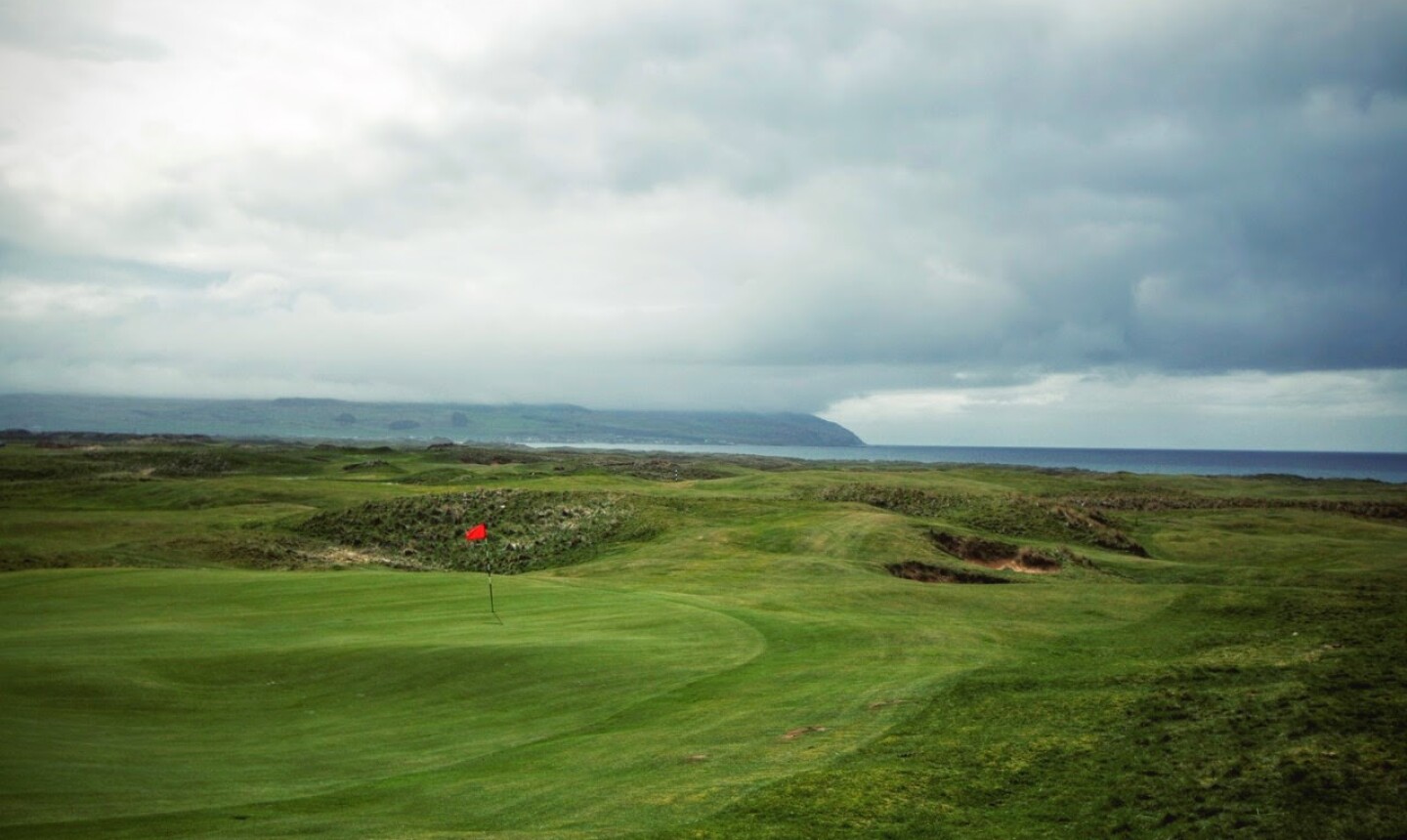 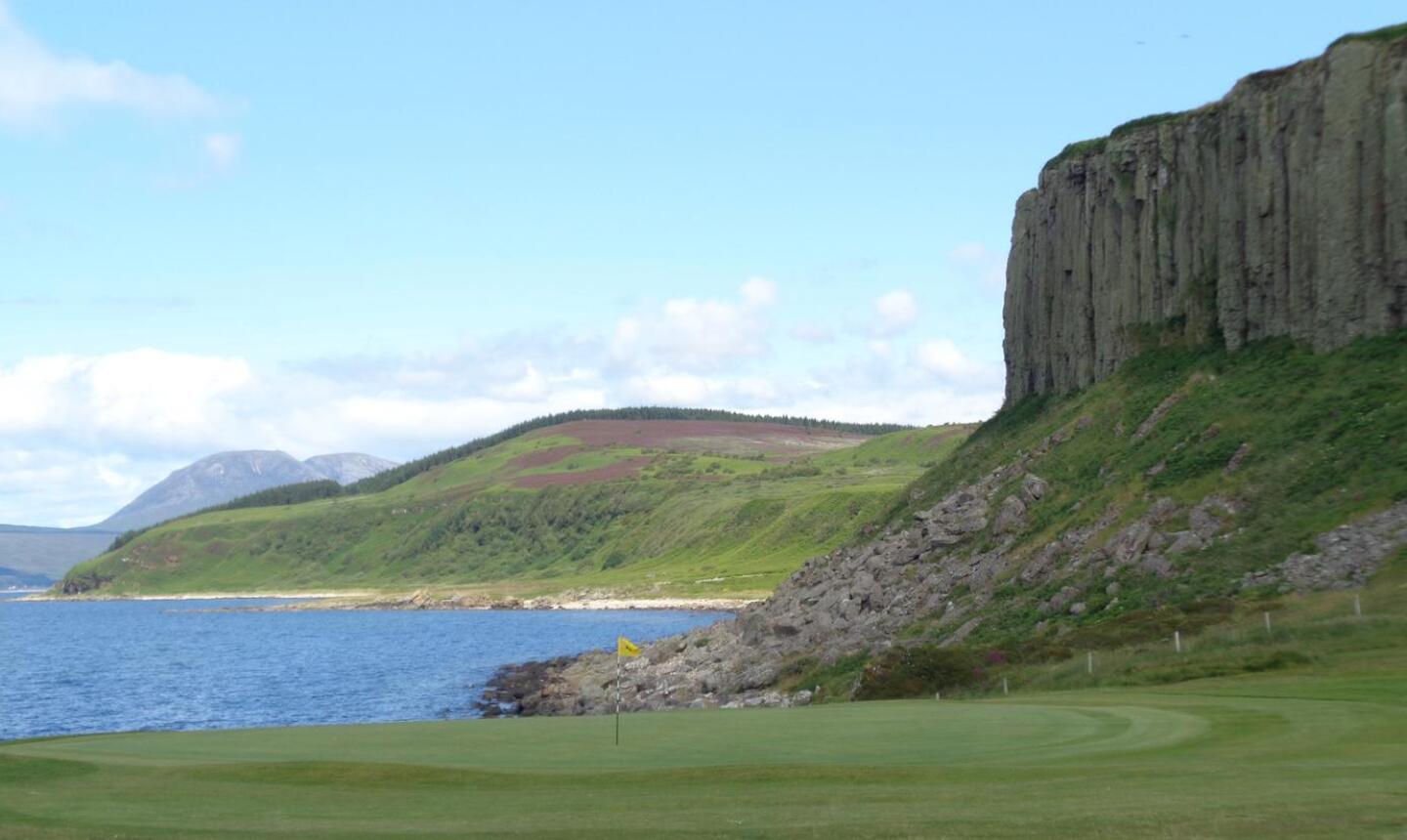 Shiskine, on the Isle of Arran, is just 12 holes, but plenty scenic and lots of fun. Jeff Arenson/Golf Advisor A golfer tees off on the famous first hole, "Battery," of the Machrihanish Golf Club in Argyll, Scotland. Jason Scott Deegan/Golf Advisor 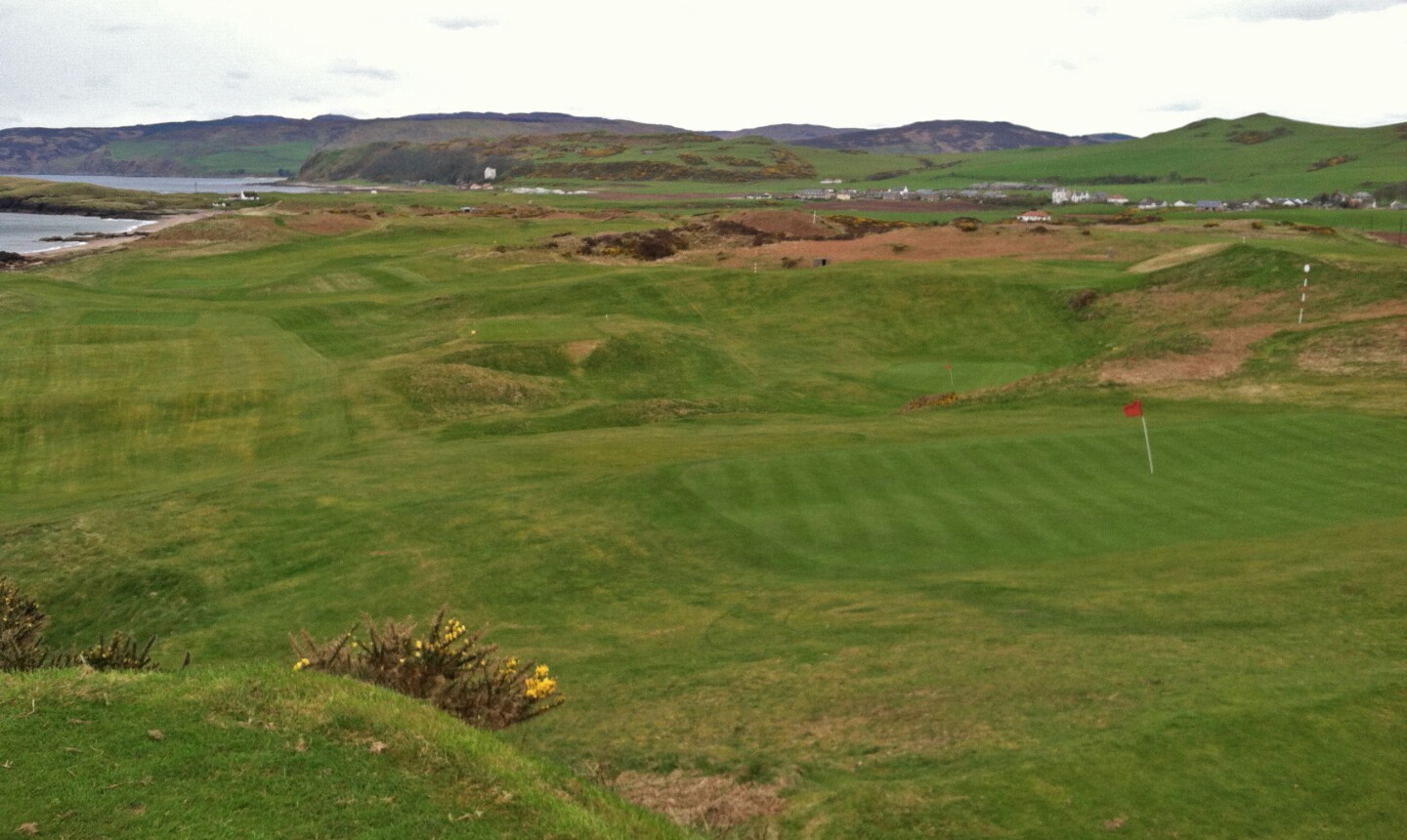 Dunaverty is on the southern end of the Mull of Kintyre near Machrihanish. Brandon Tucker/Golf Advisor 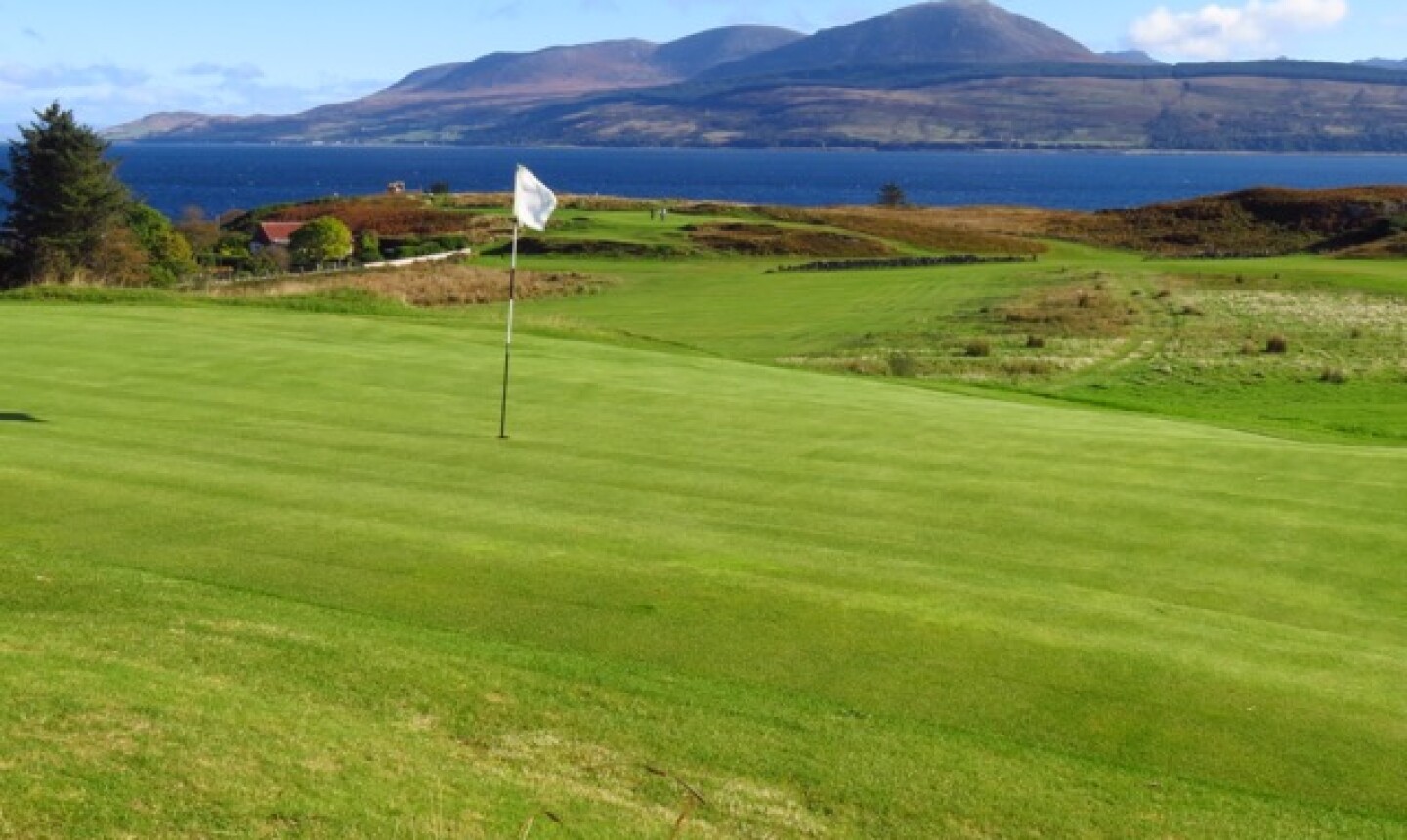 On the Kintyre Peninsula, Carradale Golf Club, though just nine holes, is worth a visit. Courtesy of Margaret Richardson/Carradale G.C. 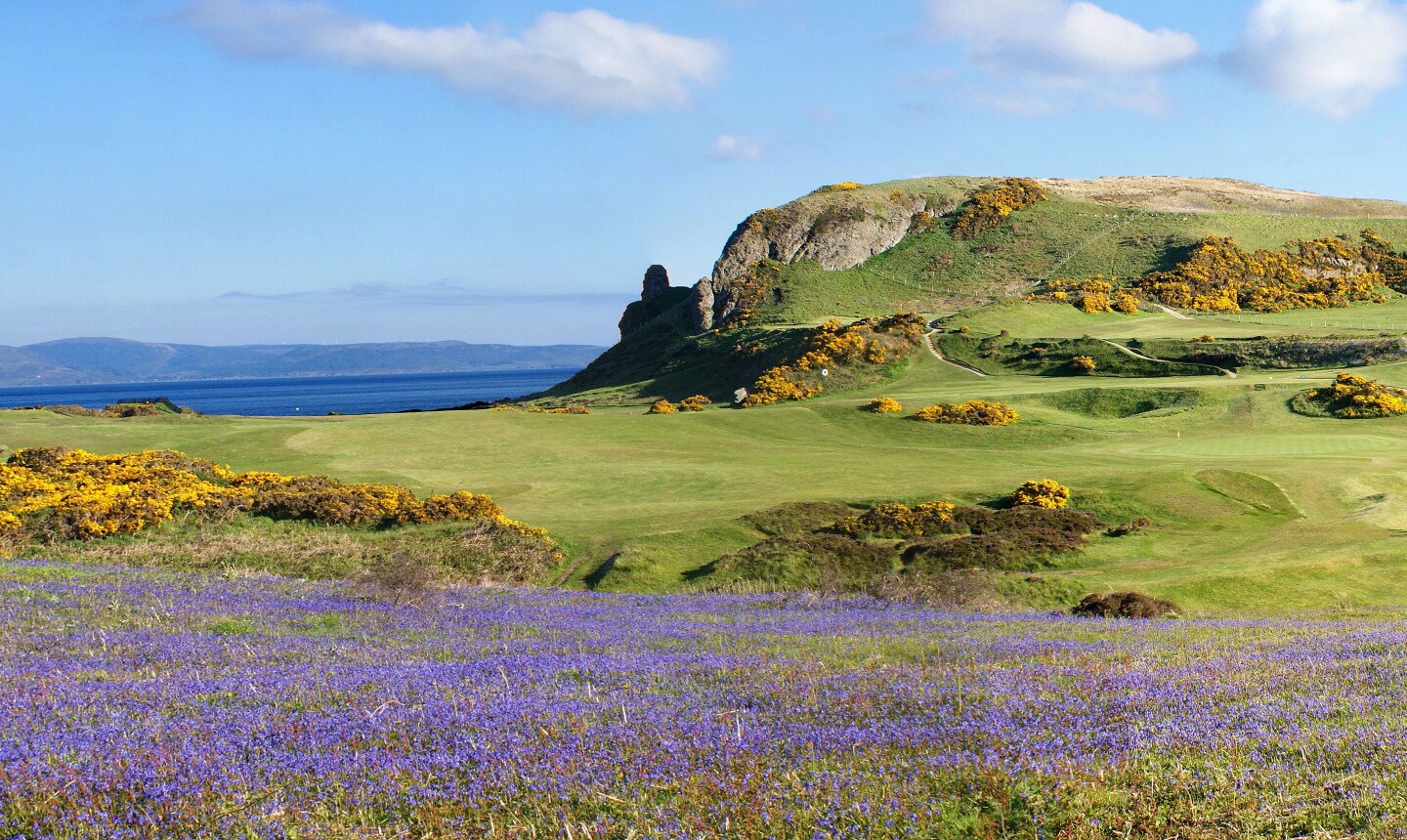 When you watch The Open on the Old Course at Royal Troon, you will notice fabulous sunset pictures over the Firth of Clyde that show the sun setting not over open ocean, but over mountains in the distance.

But how are there mountains to the west of the west coast? What's over there?

These mountains are on the Isle of Arran, famous for its wool sweaters. Beyond it is the Mull of Kintyre, immortalized in song by Paul McCartney. Between the two, there are five golf courses worth checking out, and one more if you go further west by ferry to Islay.

From Troon it's only 15 miles north to Ardrossan, where one takes a 55-minute ferry across to Arran. (A serious golfer might stop and play Western Gailes before getting in the ferry queue.) There are a half-dozen courses on Arran -- nearly all of them small nine-holers -- but the one you must play is Shiskine, on the west coast.

Originally an 18-hole course, Shiskine abandoned the last six many years ago because they weren't linksy enough, and has thrived for three generations as a twelve-hole course. Five of the 12 require blind approach shots full of quirk, not least in the succession of improvised signaling devices to let golfers know when it's all clear to hit away. (One signal is taken from a railway line.) The narrow strip of links lies in the shadow of a rocky bluff, which you climb halfway up to get to the green of the short 3rd, and the next tee which plays back down to the edge of the sea.

Shiskine is a hard course to rate because some people are going to think it's crazy. But if you are looking for an example of how different golf can be, it's not to be missed.

After you've finished shopping for your sweaters, there is another ferry at the north tip of Arran that takes you across to Claonaig, on the Kintyre Peninsula. (The other way to get there from the mainland, if you skip Arran, is a three-hour car trip north past Loch Lomond, and back down the peninsula.) From Claonaig, it's about a half-hour drive south to the tiny town of Carradale on the east coast of the peninsula, looking back across the water to Arran. Carradale Golf Club's nine-hole links is studded with outcroppings of rock, which threaten a wild bounce on many holes, most memorably at the difficult par-3 seventh. No less than seven of the nine holes are between 200 and 300 yards in length -- the sweet spot where high handicappers are not overwhelmed, but good players are punished if they try to overpower the course and miss wide.

The real reason you've gone to Kintyre, though, is to get down the road to
Machrihanish Golf Club, one of the great links golf courses in Scotland. Near the southwestern tip of the Mull of Kintyre, a few miles on past Campbelltown, the dunes of Machrihanish are set not on some sleepy Firth: here this is nothing but the Atlantic Ocean between you and Newfoundland. The front nine, set among 30-foot dunes, is one of the most exhilarating in all of golf. Everyone who has seen the 423-yard opening hole rates it the best in the world: The tee shot plays diagonally over a broad beach to a fairway running diagonally to the left, and if you play too safely to the right you will put the green out of range for your second shot.

The approach at the second hole might be just as memorable: you play over a burn and up a hill to a wildly undulating natural green, which Alister MacKenzie himself was sure to mention in his own book about golf course design. The third green is hidden in a hollow, but left-hand hole locations are defended by a bunker in front, so that when the wind is behind you only an extremely clever approach off the dune on the right can get close. The short fourth, from dune top to dune top, is a bit like the Postage Stamp at Royal Troon, but wider and not as deep -- you'll want the wind in your face here, to increase your chances of holding the green with a pitch. In fact, every hole is excellent out to the ninth, which plays past the landing lights of the old RAF base (a key station for American pilots throughout the Cold War).

Of course, the back nine cannot live up to this standard, as it is further removed from the sea and the bigger dunes, but you will still enjoy the V-fold at the back of the par-5 12th green, and struggle to make par on the back-to-back one-shotters at the 15th and 16th.

The best part of Machrihanish for me is the brilliant fine turf: untainted by the demands of high-volume visitor play, it's the only course in Scotland that still seems just as raw and natural as the first time I was there 35 years ago. They only have a skeleton maintenance crew, but golfer traffic seems to help maintain the course. The roughs thin out where a typical missed shot might land, thanks to the feet of golfers looking for their balls, while a really wild shot meets its just reward in waist-high native rough.

Just north of Machrihanish is the new Machrihanish Dunes development, which could use a bit more golfer traffic to help players find their balls. This David McLay Kidd-designed course has been the subject of much tongue-wagging since opening. The entire course was developed on a Site of Special Scientific Interest, and to get permits to build it the developers had to promise only to disturb the land at each green site. So, the fairways are full of rugged little undulations and pits, and visibility is less than ideal. In the beginning, they weren't even allowed to mow the rough -- sheep were supposed to do that, but the sheep preferred the shorter grass on the fairways, and the roughs were way too thick, with lost balls common. Now that the environmental agency has backed off a bit on restrictions for maintenance, the beauty of playing over natural ground shines through. Every golfer who gets out this way should go have a crack at Machrihanish Dunes.

There is one more course further south, Dunaverty, located on the tip of the peninsula. This compact, 4,800-yard course has only two holes over 400 yards and just four more topping 300, but the small greens will keep you on your toes. Every hole offers lovely sea views, and on a clear day, there is the prospect of Northern Ireland on the horizon. If you squint hard enough, you might even be looking at the cliffs near Royal Portrush, where the Open will go in 2019.

Sorry but The Isle of Arran is not famous for its sweaters!! Arran is one of the most magnificent islands to visit in Scotland with seven golf courses to play but it is several hundred miles east of the west coast of Ireland where you may indeed be able to shop for sweaters on the Aran Islands. 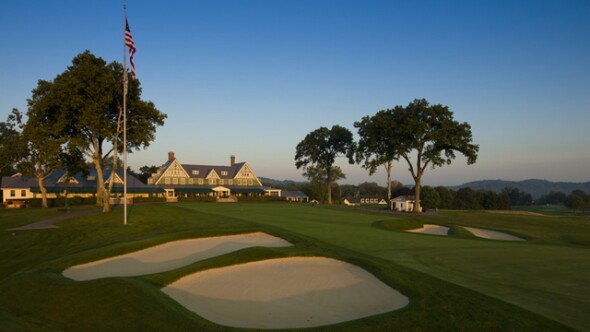 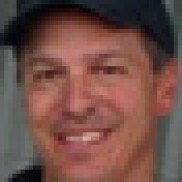 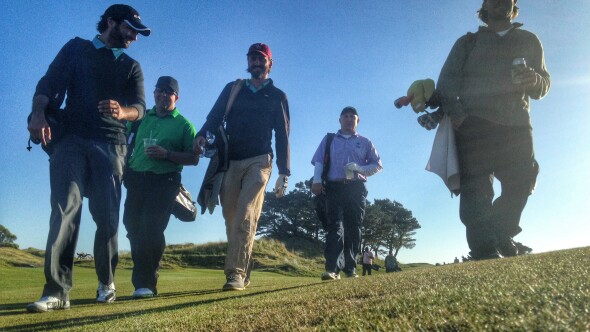 Articles
4 Min Read
Swing away: Top 10 tips for a perfect golf trip
No stranger to planning a golf trip to Scotland and Ireland, Matt Adams, host of the "Fairways of Life" program on SiriusXM PGA TOUR Radio, offers his tips for planning a memorable vacation. 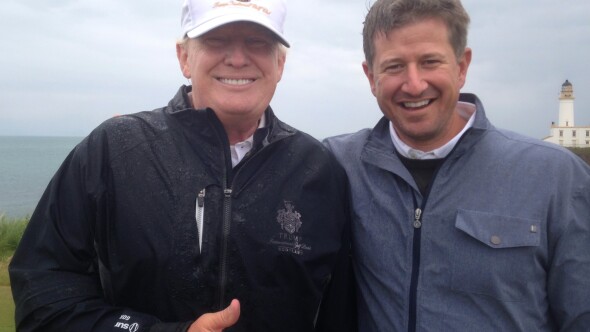 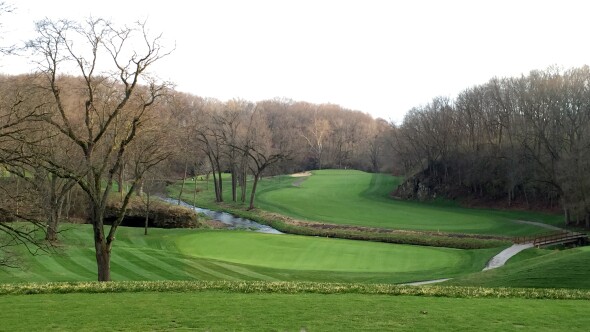 Articles
3 Min Read
For golfers, Iowa is an unsung 'field of dreams'
With historic country clubs and some neat public courses, the state of Iowa's golf scene is a pleasant surprise, Tom Doak writes.

Kira K. Dixon
Lifestyle Correspondent
Now Reading
What's over there? More Scottish links golf to be discovered west of Troon
New Cookie Policy
WE AND OUR PARTNERS USE COOKIES ON THIS SITE TO IMPROVE OUR SERVICE, PERFORM ANALYTICS, PERSONALIZE ADVERTISING, MEASURE ADVERTISING PERFORMANCE, AND REMEMBER WEBSITE PREFERENCES. BY USING THE SITE, YOU CONSENT TO THESE COOKIES. FOR MORE INFORMATION ON COOKIES INCLUDING HOW TO MANAGE YOUR CONSENT VISIT OUR COOKIE POLICY.
CONTINUE
Search Near Me