When snow melts, golf heats up at Vail Golf Club in Vail, Colorado 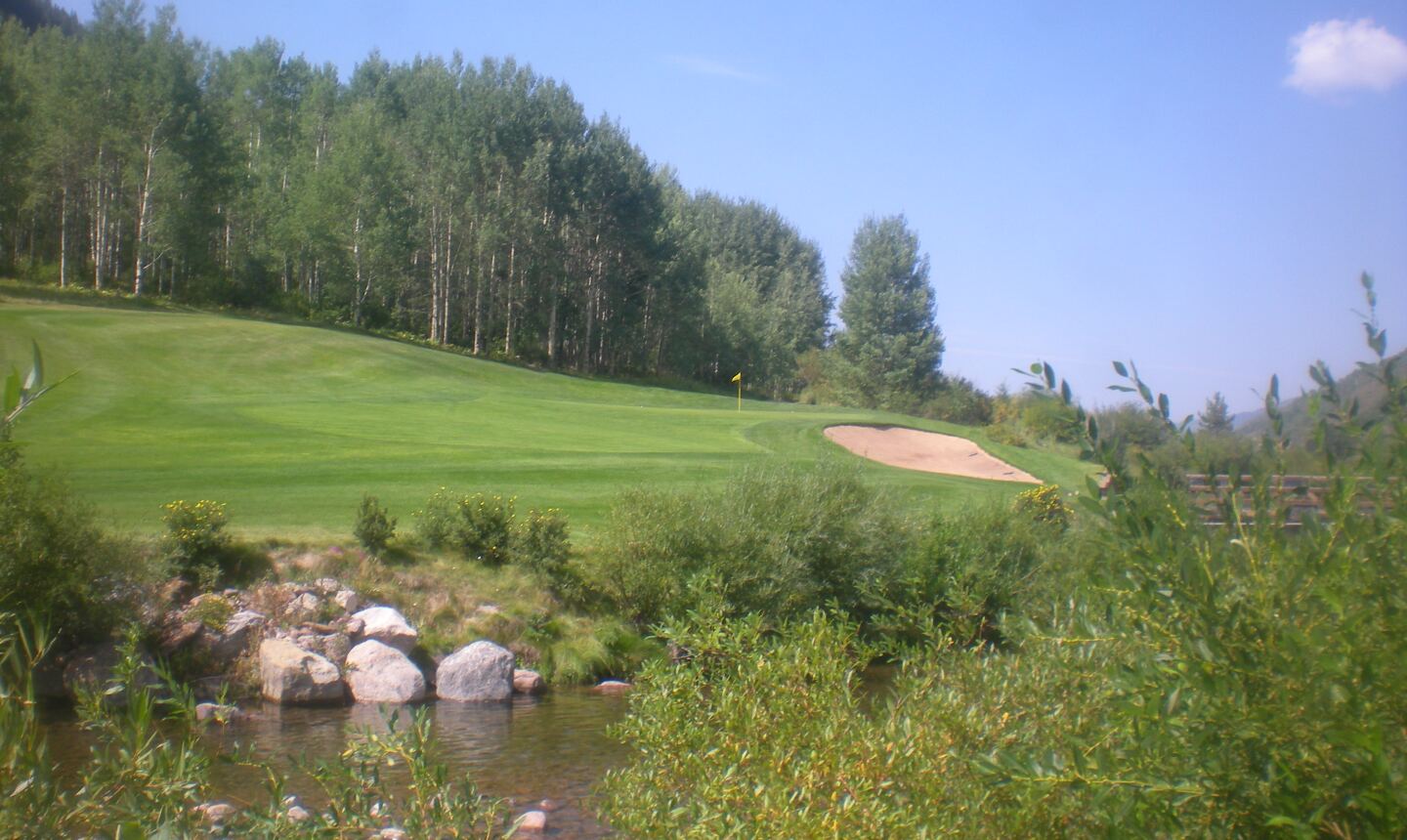 In summer, Vail residents trade their skis for golf clubs and a tee time at Vail Golf Club. Courtesy of Vail G.C. 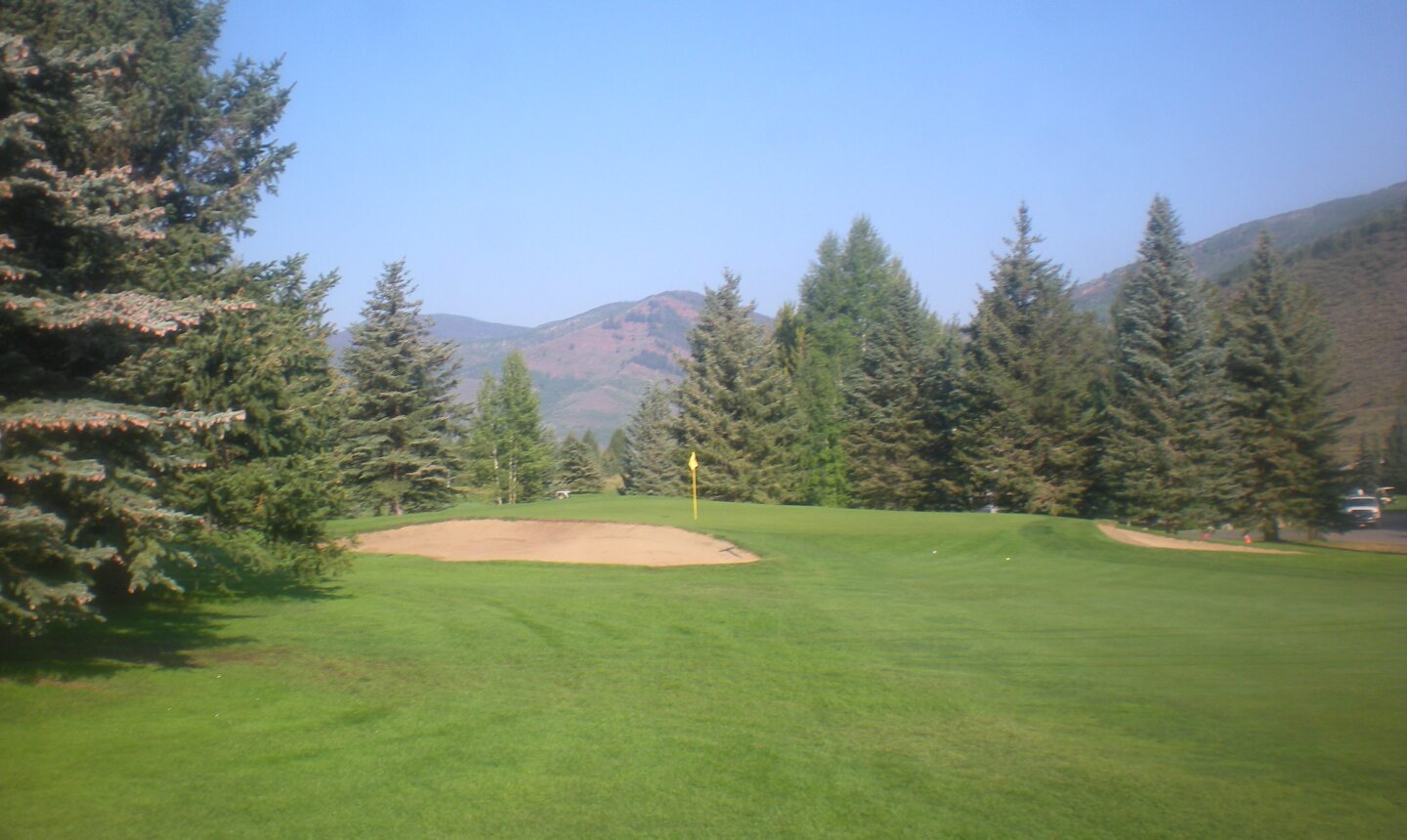 Vail Golf Club -- which is adjacent to the White River National Forest -- is one of the most popular of the Vail Valley. Courtesy of Vail G.C. The Gore Mountain Range is the backdrop at Vail Golf Club. Courtesy of Vail G.C.

VAIL, Colo. -- When the Vail Mountain ski slopes opened in 1962, the next question was: "What are we going to do in the summer?" It didn't take long for the founding fathers, or "Vail Associates," to come up with the idea of Vail Golf Club.

In the 1940s, during World War II, a group of the U.S. Army's 10th Mountain Division at Camp Hale near Leadville first saw what was someday to become Vail Mountain. Years later three of these ski enthusiasts' soldiers -- Pete Siebert, Bill Brown and Bob Parker -- returned to the Gore Valley to establish what is now one of America's premier ski resorts.

Just so happened that two of the first Vail residents, Siebert and Dick Hauserman, had been country club golfers before moving to Colorado. So golf was a natural selection.

Robert Trent Jones Sr. and Jr. were brought in for a talk about golf course design, but they wanted much more money than Vail's recreation budget would allow. Press Maxwell, of Dallas, then lended some help on his way to and from other projects that generated the shoestring budget into nine holes.

But it wasn't until Ben Krueger arrived in 1967 that things got serious to finish 18. Nine holes were actually done and opened in 1966, but the final nine wasn't finished until 1968.

"There wasn't even a town here, really," Krueger recalled. "They were building Interstate 70 at the time, and a lot of the bulldozing for that was pushed to where the golf course is now. When I arrived, the Vail Recreation District had a budget of $150,000 to build the second nine. Maxwell did some work and so did a ski instructor named Joe Ward on the first nine, but I never saw any blueprints or designs of any kind."

Krueger, who had taken a course in agronomy at the University of Massachusetts, came west, worked at Cherry Hills Country Club in Denver during the 1960 U.S. Open time-frame and finished a few other projects before landing in Vail to complete Vail Golf Club into 18 holes. He was the superintendent for 24 years until 1991.

Today, Vail Golf Club -- which is adjacent to the White River National Forest and situated at 8,200 feet in elevation -- is one of the most popular of the Vail Valley, logging 25,000 rounds played in only 5 1/2 months.

The Gore Mountain Range is the backdrop, beautiful Gore Creek cuts through the course and comes into play. The fairways are tree-lined and generally flat, but bunkers, greenside and in the fairway, make you think of placement.

Even a beaver pond will test accuracy on this 7,024-yard par 71 that includes sections of a popular bike trail. Once the golf course is blanketed with snow, it serves as Vail's Nordic Center during the winter months, offering 17 kilometers of groomed ski track and 10 kilometers of separate snowshoe trails.

Alice Plain, director of golf, said walking is encouraged on this fairly flat layout with a pace of play program that is set at four hours and seven minutes. One of her favorite holes is the 11th, a 419-yard par 4 that looks to the Gore Range.

"You really have to nail your drive, and once you get to the green, the front half slopes so it's not easy to gauge the approach," Plain said. "I really like No. 15, a 137-yard par 3. It is a fun shot looking downhill over Gore Creek. It looks easy, but it can be tricky trying to judge the wind and the elevation drop, and if the pin is up front, it's even more challenging."

The Gore Range is behind you as you tee it up on No. 14, a 416-yard par 4. Gore Creeks crosses in front of the elevated green with bunkers left and right. Nail a drive close to the water, and you have a manageable approach, just don't go past the pin because the next putt is all downhill.

It's hard to beat a round of golf in the summer at these cooler temperatures. Vail, celebrating its 50th anniversary, has always done things first class, and that describes the experience here.

"When I was completing the final nine, Siebert said give them some easy holes so they will have fun and want to come back," said Krueger, "and I think our greens are fun, not too difficult, and small like Cherry Hills."

Future plans include a new, expanded clubhouse that might change the 18th green location. "A lot of the old-timers don't much like that," Krueger said. They will get over it.

The Antlers at Vail (www.antlersvail.com) is located in the recently redeveloped Lionshead area of Vail, 150 yards from the Vail Gondola. 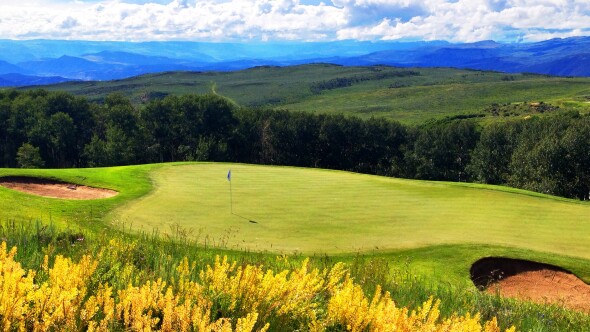 Galleries
Rocky Mountain High: On top of the Summit Course at Cordillera near Vail
At more than 9,000 feet, the Summit Course at Cordillera just west of Vail is one of the highest and most picturesque golf courses in Colorado. The views are incredible, but the design manages to keep up. Nearly all the holes are memorable with elevated tees and greens perched on the horizon with views that span a hundred miles or more.
16 Images 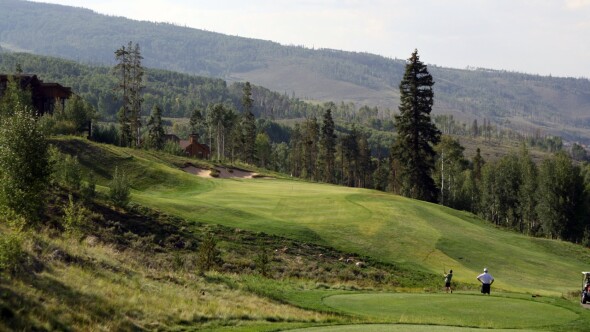 Articles
Raven Golf Club at Three Peaks delivers high-altitude Colorado excitement in Summit County
Raven Golf Club at Three Peaks delivers a quick, high-altitude escape for Denver residents or vacationers staying in either Denver, on the western slope around Silverthorne, or about 30 minutes away in Vail. The Raven was designed by Dick Phelps in 1986 and redesigned and upgraded in 2000 by Michael Hurdzan, Dana Fry and player consultant Tom Lehman. Today, the course still delivers a pure mountain-golf experience full of wildlife, scenery and elevated tee shots.
2 Min Read